Accessibility links
Amazon Locavore: Meet The Man Putting Brazilian Food On The Map : The Salt Alex Atala's Sao Paulo restaurant, D.O.M., is ranked among the top 10 restaurants in the world. His cuisines, which showcases irridescent insects, delicate jungle herbs and other ingredients from the Amazon, is pushing the frontiers of gastronomy. 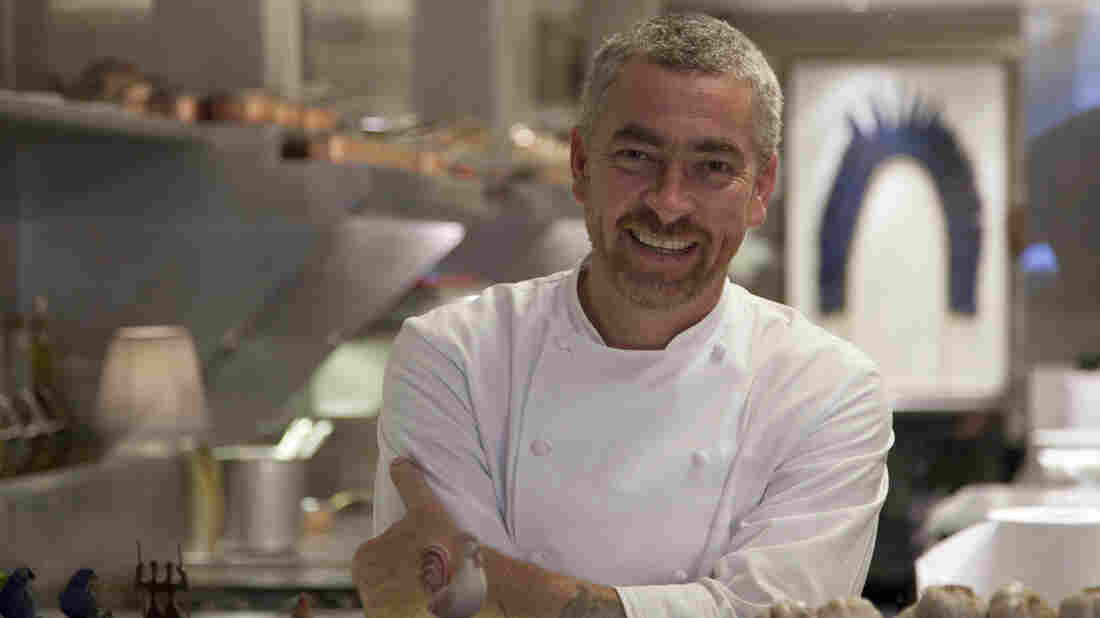 Brazilian chef Alex Atala, whose restaurant, D.O.M., is ranked among the top 10 in the world, was named one of the most influential people by Time magazine this year. Cassio Vasconcellos/AP hide caption 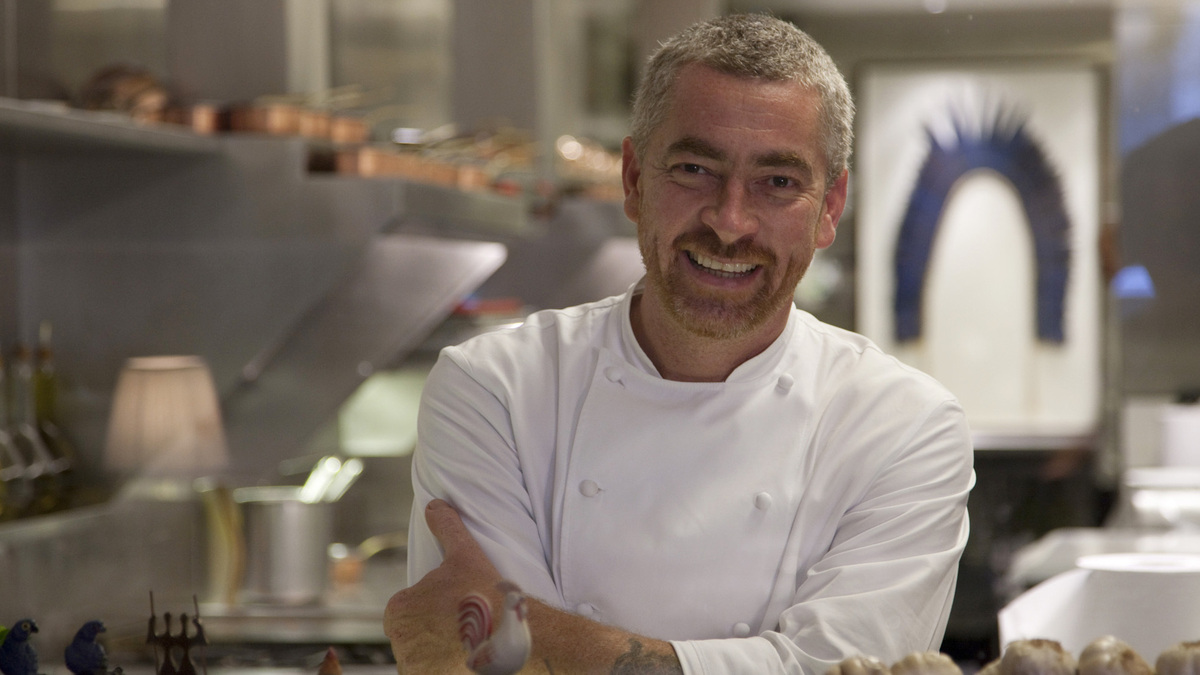 Brazilian chef Alex Atala, whose restaurant, D.O.M., is ranked among the top 10 in the world, was named one of the most influential people by Time magazine this year.

He was named one of the most influential people by Time magazine this past year.

Now Alex Atala, whose restaurant, D.O.M., is ranked among the top 10 in the world, is putting a new kind of Brazilian food on the map.

Atala has a graying beard, tattoos and openly jokes about his days as a wild youth experimenting with drugs. He grew up in gray Sao Paulo and came to the culinary world almost by mistake: He needed to extend his visa in Belgium when he was backpacking, so he enrolled in a cooking class.

But he's made converts out of his fiercest critics: These days, Alex Atala is widely regarded as the most accomplished chef in Latin America.

When he started out, Brazilian food wasn't in vogue. A long history with colonialism had made Brazilians think that European cuisine was better and their native ingredients were looked down upon. Now, there is a new culinary movement here that focuses on regional Brazilian cuisine.

And Atala is at the center of it.

Atala showcases ingredients from the vast Amazon region — one of the most famous places in the world. When he began, he says, "the whole, entire world has the image" of what the Amazon looks like, but "no one has the flavor."

His philosophy is simple, he says: "It's to put one ingredient, one recipe, in their best moment."

Atala believes this region is now at the forefront of gastronomy.

But Atala doesn't just want to change what people eat – he wants to change how they eat as well. When he was starting out, he was inspired by European chefs growing their own ingredients. He bought some land in the Amazon region and started sourcing his food there. He was inspired to help the local community, whom he said seemed undernourished.

"These changes can be hugely positive," he says, "but there is risk."

The risk was that his "help" did more harm than good. He sent food to the locals, but the plastic wrappings around the food ended up everywhere as litter. And the kinds of food the locals ate changed.

"Even if my intention was pure and beautiful," Atala reflects, "what I was doing at the end of the day was damaging."

And that's when Atala started thinking about the deeper impact of his art and calling.

"Behind every dish there is death," he says. "It is not a comfortable way to understand the food chain, but it is a way to provoke reflection."

And provoke he did, when he recently killed a chicken in front of an audience of chefs and other culinary tastemakers at this year's MAD symposium – a sort of G-20 summit of the food world – in Copenhagen, Denmark.

"Why? Why?" Atala says of the shock some might have at the thought of such chicken slaughter. "Our grandmother used to kill chicken every day. Urban chefs nowadays just order chicken wings or rack of lamb or filet mignon. We have lost our connection with our ingredients in their primary mode."

Atala has opened the ATA institute, whose mission is to look at ways to help the Amazonian region and create sustainability and accountability in the massive food industry here.

"One of the biggest challenges for the next generation is how we're going to feed the human population," he says.

With that in mind, Atala has also helped found a food cooperative in a rice-making valley in Sao Paulo.

He says Brazil can help change the way things are done: "Maybe we are ready to export new culture and new ingredients as well."

There is still a long way to go, but he says he is hopeful.

"There is a new door just opening, just opening," he says, "and in my opinion, Amazonas will be the center of this new message."