Accessibility links
Cinnamon Can Help Lower Blood Sugar, But One Variety May Be Best : The Salt For years, there have been hints that adding cinnamon to your diet can help control blood sugar. And a recent spate of studies adds to the evidence that the effect is real. But if you want to incorporate more of this aromatic spice in your diet, the variety may matter. 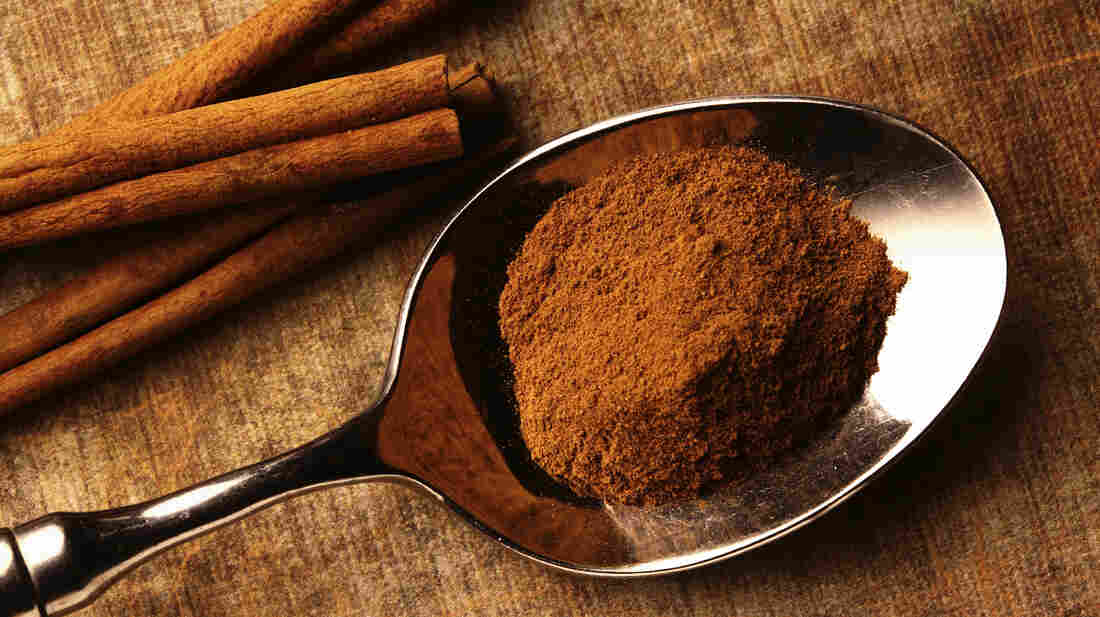 Studies suggest cinnamon can help control blood sugar, but if you want to incorporate more of this spice in your diet, consider using the Ceylon variety. iStockphoto hide caption

If I say cinnamon, you say ... sugar? It's a popular combination, of course.

But if you're interested in the health-promoting effects of cinnamon, you may want to think anew about the spice.

For instance, says John Critchley, executive chef at Bourbon Steak Restaurant in Washington, D.C., why not add it to savory dishes? He uses cinnamon to create a spice and herb rub for lamb loin. He also whips up a great spinach salad with raisins, pine nuts and cinnamon.

Critchley is a fan of the intense aromatics in cinnamon, especially in Saigon — a cousin of the cassia varieties of cinnamon most commonly used in the U.S. and Europe. And he says adding cinnamon to spice blends is a great way to layer flavors when you're cooking.

And when you start to look at the potential health-promoting effects of the spice, there's even more incentive to experiment with it in the kitchen.

Cinnamon comes from the bark of trees. It has long been considered a medicinal plant. There are several varieties, harvested from southern China to Southeast Asia. 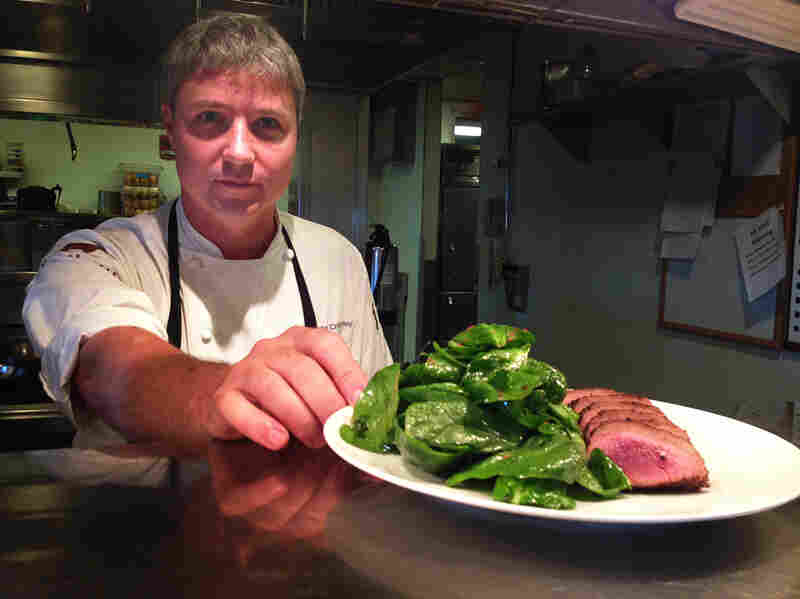 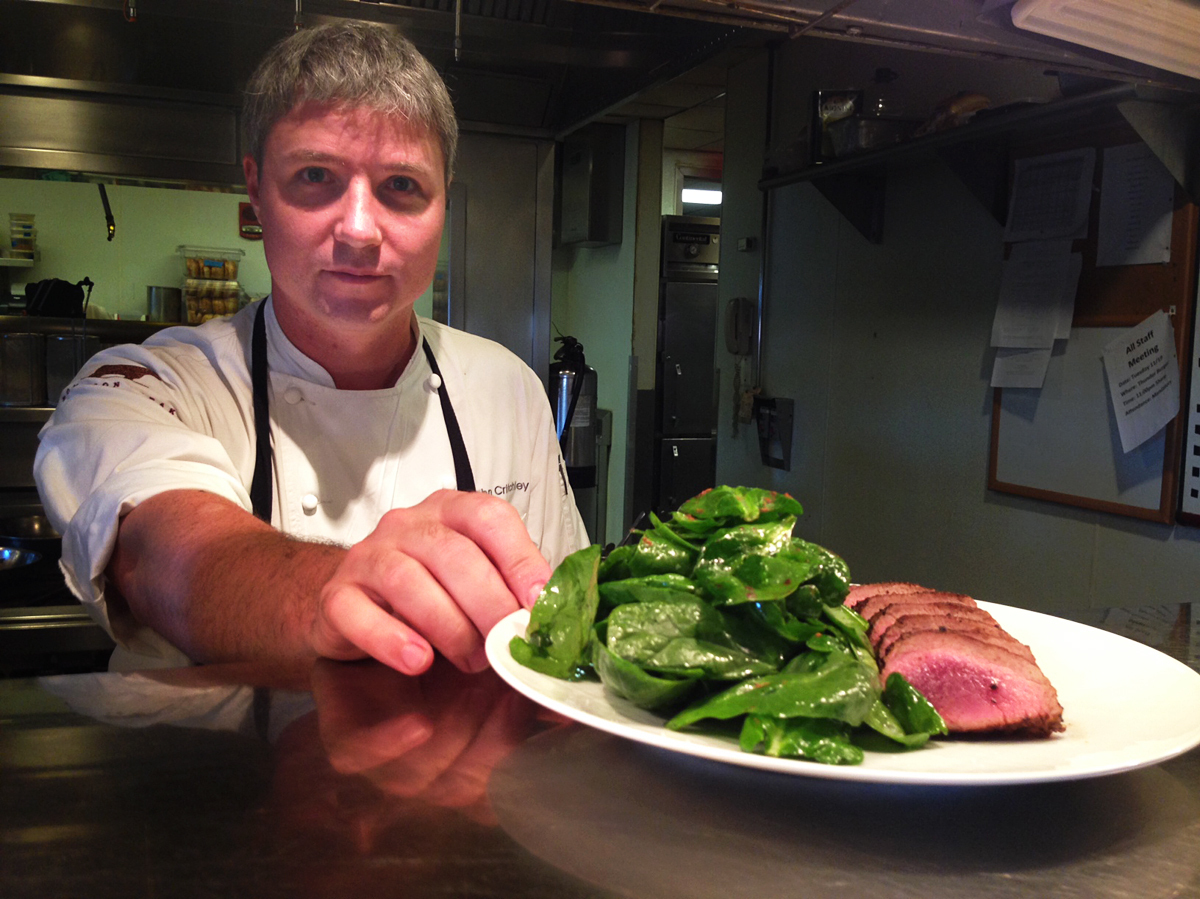 John Critchley, executive chef at Bourbon Steak Restaurant in Washington, D.C., uses cinnamon in many savory dishes, including a spice and herb rub for lamb loin.

For years, there have been hints that adding cinnamon to your diet can help control blood sugar. And a recent spate of studies adds to the evidence that the effect is real.

"Yes, it does work," says Paul Davis, a research nutritionist with the University of California, Davis. He authored a recent meta-analysis published in the Journal of Medicinal Food that concluded that cinnamon lowers fasting blood glucose.

"According to our results, it's a modest effect of about 3 to 5 percent," Davis says. This is about the level of reduction found in the older generation of diabetes drugs, he says.

That makes the findings of interest not just to the 25 million Americans who already have diabetes, but also to the 80 million other people — nearly 1 in 4 of us — who have elevated fasting blood-glucose levels. Doctors refer to this as pre-diabetes, meaning blood sugar that doesn't meet the cutoff for a diagnosis of diabetes but that does indicate a high risk of developing the disease.

What's not well understood is exactly how much cinnamon is optimal, and whether the effect is transient. It's hard to tell from the studies whether it leads to a significant, long-term reduction in blood sugar.

For people who already have diabetes, cinnamon is not an alternative to medication. But for people with pre-diabetes who are interested in using diet to manage their blood sugar, it's one of many strategies worth considering, says diabetes educator Emmy Suhl of the Joslin Diabetes Center in Boston.

"The evidence is still inconclusive," Suhl notes, but cinnamon "is inexpensive," "and it tastes good."

So, is there an ideal variety of cinnamon to be sprinkling into your oatmeal, or blending into your spice rubs and salads?

Well, as we recently reported in The Salt, cassia cinnamon is the variety you are most likely to encounter in a grocery store. But cassia can contain high levels of coumarin, a naturally occurring ingredient that, when eaten in large enough amounts, can cause reversible liver toxicity in a small group of individuals sensitive to it.

"So the warning is, for cinnamon lovers, is to beware of excessive intake of cassia," says diabetes educator Angela Ginn.

And Ikhlas Khan, a researcher at the University of Mississippi's School of Pharmacy who recently looked at the amounts of coumarin in cinnamon-flavored foods in the U.S., recently told The Salt that people who do want to use cinnamon for medicinal purposes should consult their doctor before taking large amounts.

Some experts suggest investing instead in Ceylon cinnamon, a milder — and pricier — variety of the spice that comes from a tree distinct from but related to cassia.

How much cassia is too much? For an adult who is sensitive to coumarin, the limit is about a teaspoon a day, according to the daily tolerable intake set by the European Food Safety Authority.

So if you're a cinnamon lover and your goal is to increase your daily intake, using Ceylon cinnamon can reduce the risk of consuming too much coumarin.

Another option: cinnamon capsules. In many of the studies evaluating the benefits of cinnamon, researchers have used cinnamon supplements. And as word has spread about the potential health benefits, sales of supplements have grown — about 20 percent over the past few years, totaling $32 million in 2012, according to the Nutrition Business Journal.

Here's the recipe from John Critchley, executive chef of Bourbon Steak in Washington, D.C. It calls for ras el hanout, a North African spice blend, and sumac, which are available at many halal markets and online.