Accessibility links
'Cut Food': Take A Peek At The Beauty Inside Everyday Edibles : The Salt What happens when you slice foods apart? A whole new world of geometric wonder can reveal itself. The best part? There's relatively little trickery or fancy gadgets involved — so please, do try this at home, say the creative minds behind this photo series.

'Cut Food': Take A Peek At The Beauty Inside Everyday Edibles

'Cut Food': Take A Peek At The Beauty Inside Everyday Edibles

Let's assume you've got a beautiful stuffed turkey, some time to kill and a hacksaw just itching to slice things apart. This could be the ingredient list for a real culinary disaster. But if you're Beth Galton and Charlotte Omnes, what you get is a peek inside the beauty baked into everyday foods.

They're the duo behind "Cut Food," a photo series that literally cleaves into edibles — hot dogs, ice cream, fried chicken and mashed potatoes with gravy — to reveal gorgeous geometric patterns tucked within. 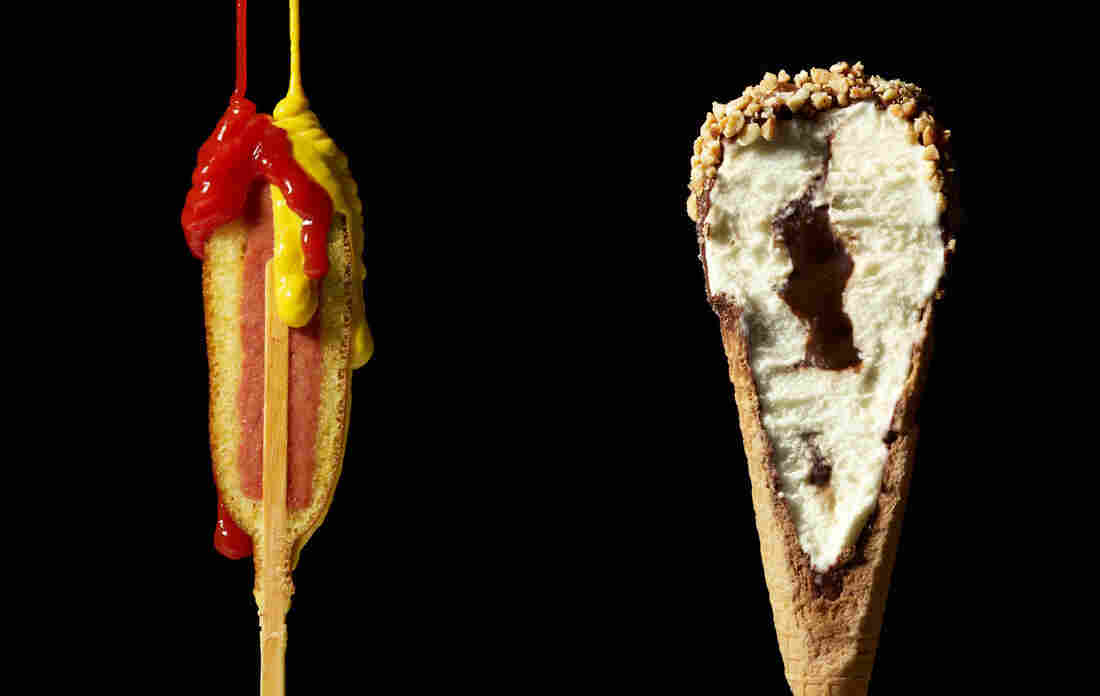 The ongoing project began about a year and half ago, when Galton, a New York-based photographer, was asked to slice a burrito as part of an advertising photo shoot. "We cut the burrito in half and found this amazing world inside," Galton says in a video about the project.

She soon teamed up with Omnes, a food stylist, to peer inside other victuals.

In some ways, Omnes says, the project is an inversion of their day jobs in the advertising industry. "What we do is make food beautiful for the outside," she tells The Salt. "You never look from the inside."

And because the foods depicted are so common, "everyone can recognize and related to these images," says Omnes. "That's the fun part. You want to figure out the trick. That's how people respond when they see them: How'd you do that?"

The beauty of it, Omnes and Galton say, is that there is relatively little trickery involved. In some cases, like that image of jelly-filled doughnuts, the two merely cut the food in half and snapped away. 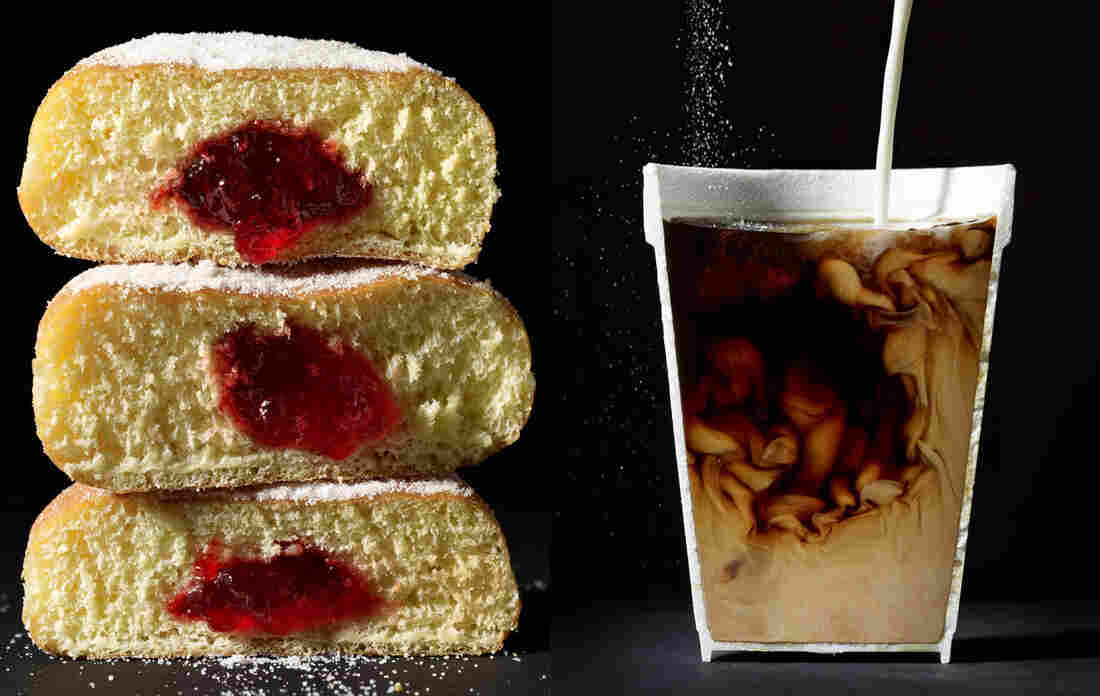 The coffee shot was harder to nail down – it's actually a composite of two shots: one of the coffee in the cup, and a second of the cream swirling around as it is poured into the cup. "We had to do that over and over again until we got it right," Omnes says.

Now, if you think you've seen this type of shot before, you're right.

Back in 2011, the folks at the Cooking Lab — a research lab based in Bellevue, Wash., dedicated to applying scientific knowledge to culinary matters — published the much-heralded Modernist Cuisine: The Art and Science of Cooking. That six-volume tome — which retailed at $625 when it was released — included jaw-dropping photographs to explain the techniques behind modernist cooking. And a related book that came out a few months ago breaks down the complex photographic techniques used to achieve those amazing cutaway shots.

"We sort of came to the same point," says Galton of the similarities, "but from different inspirations. Quite honestly, I had never seen any of those books because they cost like $700."

One key difference: While the folks behind Modernist Cuisine had a whole lab at their disposal to create their imagery, Galton and Omnes' tools — like using gelatin to solidify liquid in soup cans — were decidedly more low tech.

"You don't need a sous vide machine to make it," Galton notes.

To be sure, neither Galton nor the Cooking Lab folks were first to the food-cutaway photo game. As our friends at The Picture Show remind us, photographer John Dominis, who died this week at age 92, was carving into beef rolls to reveal their makings way back in 1966.

And ultimately, Galton and Omnes would like to see you try this at home, too.

I'd love to try to see people try it out," Omnes says, adding, "It would be fun to see other people reach conclusions on what looks good cut in half and how to make that happen."