Accessibility links
Does Champagne Actually Get You Drunk Faster? : The Salt Search for "Champagne, bubbles and drunk," and you'll get headlines like "Why Bubbles Make You More Giggly." But when we took a close look at the science supporting the urban legend, we weren't impressed. The effect doesn't happen to everyone, and when it does, it's just temporary. 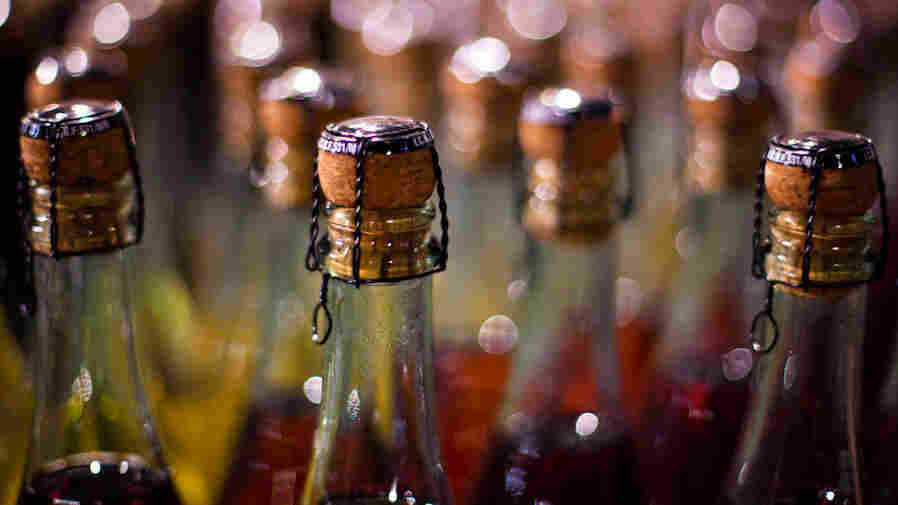 Each bottle of Champagne contains around 50 million bubbles. But will any of them accelerate the inebriation process? Victor Bezrukov/Flickr.com hide caption 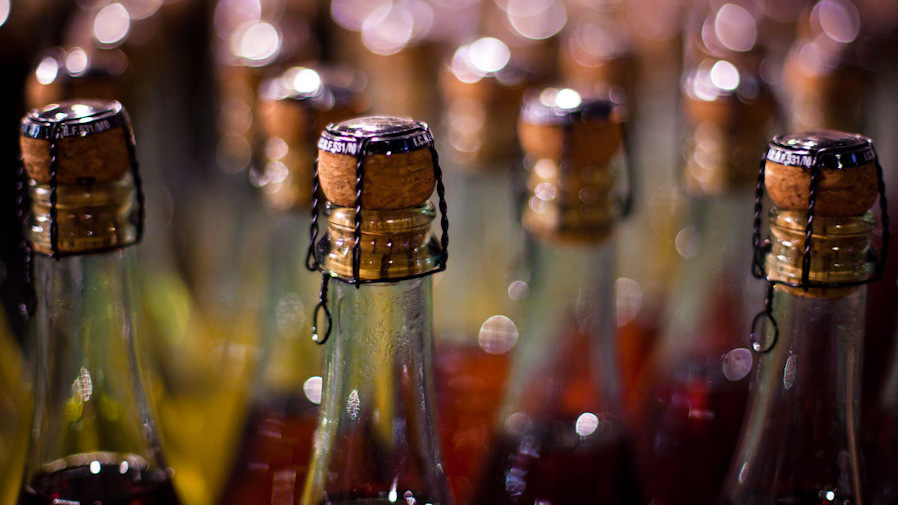 Each bottle of Champagne contains around 50 million bubbles. But will any of them accelerate the inebriation process?

Every time I spend New Year's Eve with my mom, she tells me the same thing: "Be careful with that Champagne, honey. The bubbles go straight to the head. And it won't be pretty tomorrow."

Thanks, Mom. Glad you're looking after me after all these years.

But is she right?

The internet will sure tell you so. Search for "Champagne, bubbles and drunk," and you'll get articles entitled "Why Bubbles Make You More Giggly" and "Fizz in bubbly will get you drunk faster."

But if you dig a little deeper, the scientific evidence is about as thin as the stem on a Reidel Champagne flute.

Among the first researchers to investigate the bubbles was a group in England that published a study looking at how quickly alcohol entered the blood when people drank a bubbly Champagne versus a degassed one. "We found that the blood alcohol levels of the people drinking the gas champagne were higher for the first twenty minutes, suggesting that it had got into the blood stream a lot quicker," the lead researcher on the study, Fran Ridout told The Naked Scientist.

The Perfect Champagne Pour: It's A Science, Not An Art

Ridout's study got a lot of attention at the time, and it helped cement the belief that those beautiful tiny spheres of carbon dioxide are to blame for the nasty New Year's Day hangover.

Case closed, right? Not quite.

Ridout's study was riddled with, shall we say, holes. First off, the experiment she references involved only six people. And the difference in blood alcohol levels between the bubbly and flat Champagne vanished about 35 minutes after consumption. The margins of error on all the data points were also gigantic. I'd trust the findings about as far as I could throw a barrel of Moet et Chandon.

A few years later, another team in Manchester, England, performed a similar, more rigorous experiment. Instead of Champagne, Steven Robinson and his colleagues gave volunteers vodka mixed with either still or carbonated water.

This time, the study had 21 subjects. And the results were slightly clearer. Adding the gaseous mixer bumped up the initial rate of alcohol absorption into the blood by about 50 percent — on average.

But this rate varied wildly among the volunteers. Three of the 21 volunteers adsorbed the bubbly cocktail more slowly than the flat one, and for four subjects, the carbonation made no difference at all.

So it looks like Mom — and the internet — could be partly right. In some people, one small study tells us that carbonation might initially increase the rate that alcohol gets into the blood and to your brain.

But even then, the heightened effect is temporary. After about 45 minutes, you're going to feel essentially the same as if you had knocked back a glass of bubble-less chardonnay or pinot noir.

So why would a splash of carbonation accelerate inebriation in the first place?

No one knows for sure. But there's one leading hypothesis: The carbon dioxide gas rushes the alcohol from the stomach into the small intestine. See my colleague Adam Cole's wonderful video on the science of drinking and hangovers above.

Alcohol primarily gets into the blood by seeping through the lining of the small intestine. The little alcohol molecule is also absorbed through the stomach, but more slowly. And it can even start breaking down, which inactivates it, while it's hanging out in the stomach.

Some studies, dating back to the 1950s, found that carbon dioxide gas actually accelerates the movement of food and liquids from the stomach into the small intestine. But alas, even this connection has been tough to replicate more recently and remains up for debate.

On the other hand, there's no question that food delays the emptying of the stomach contents into the small intestine. So all those bar snacks and cookies you chow on tonight should slow down inebriation.

But if you ring in 2014 with a brutal hangover, don't blame the bubbles.