Accessibility links
Why The Cod On Cape Cod Now Comes From Iceland : The Salt Order cod in a restaurant on Cape Cod, and you might assume you're buying local. But the fish that gave the Cape its name are now so depleted that restaurants are serving cod imported from Iceland. Some activists think it's time America developed a taste for the less popular fish still present in the waters off the Cape. 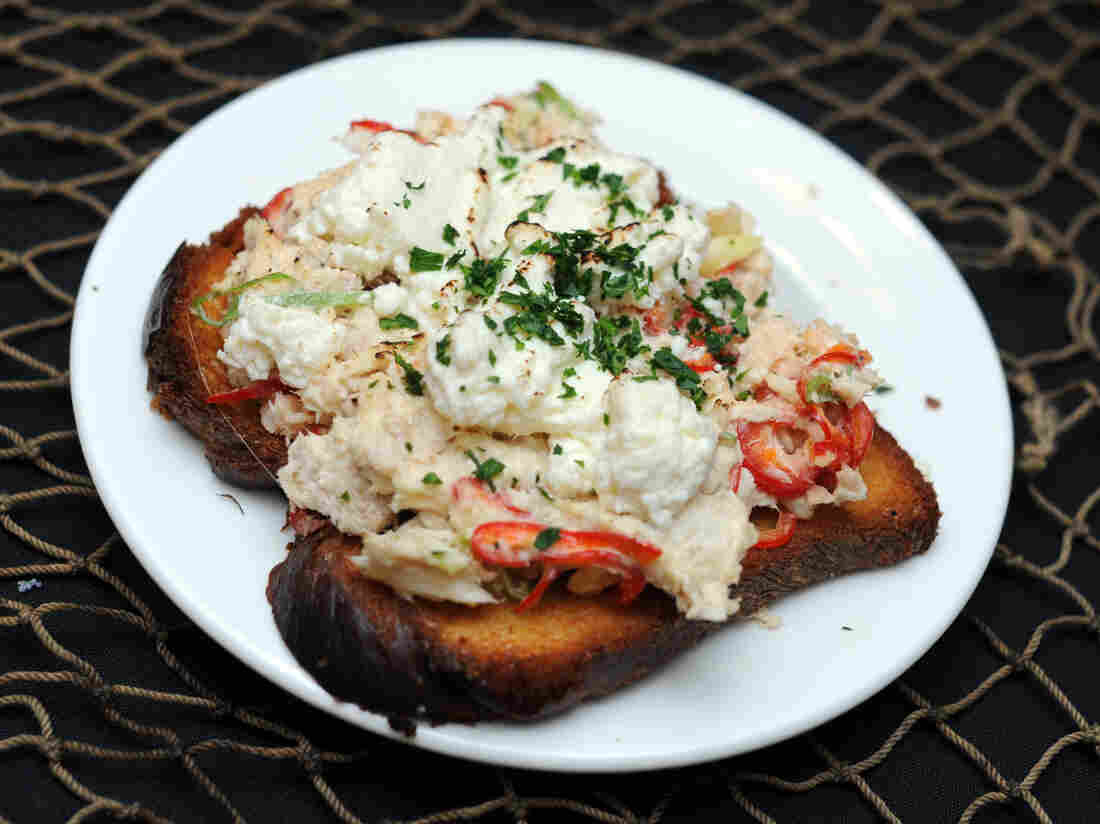 With local cod so scarce, Chef Toby Hill of Lyric Restaurant in Yarmouth Port, Mass., tries out a dogfish salad — served here with garlic aioli on toast — instead. Dogfish is still plentiful in New England waters, but wholesale fisheries say there's not much demand for it in the U.S. Christine Hochkeppel/Courtesy of Cape Cod Times hide caption 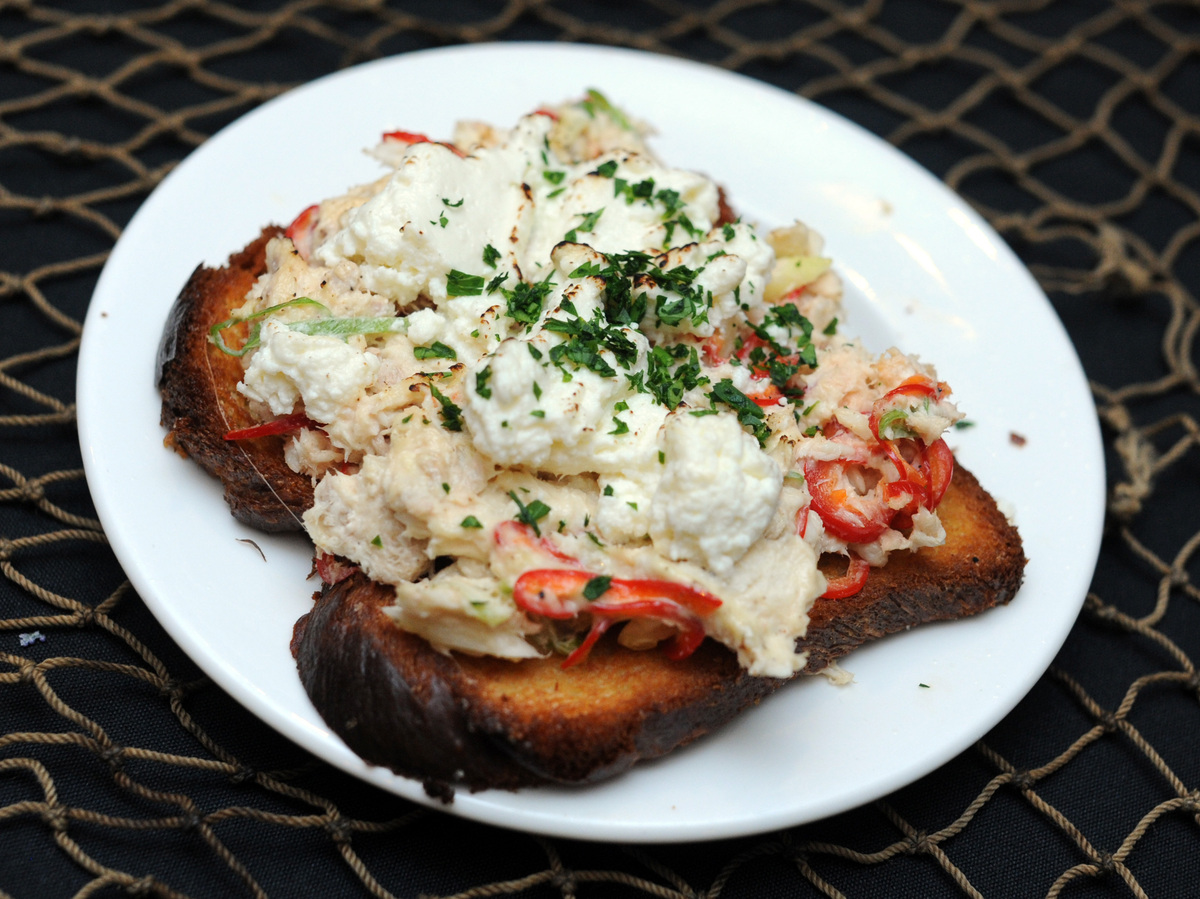 With local cod so scarce, Chef Toby Hill of Lyric Restaurant in Yarmouth Port, Mass., tries out a dogfish salad — served here with garlic aioli on toast — instead. Dogfish is still plentiful in New England waters, but wholesale fisheries say there's not much demand for it in the U.S.

The fish once sustained New England's fishing industry, but in recent years, regulators have imposed severe catch limits on cod, and the fish remain scarce.

"I've never seen cod fishing this bad," says Greg Walinsky, who has been fishing on Cape Cod for more than 30 years. "It looks to me like it's over. And I can't catch any codfish."

It's so bad, many fishermen say, that for the first time, they cannot catch enough cod to even reach shrinking government quotas.

At Finely JP's, a seafood restaurant on the Cape, owner John Pontius says he has always served local cod, but the shortage caused prices to skyrocket. So for a while, he took it off the menu.

Now Pontius serves cod imported from Iceland. He is not alone.

"Everybody up and down the road has got the same cod from Iceland on their menu right now. If it's on the menu, it's more than likely Icelandic," he says.

To deal with the shortage, New England fishermen are turning to other types of fish — specifically, dogfish. But dogfish is considered a "trash fish" and has almost no market in the U.S.

Gloucester, Mass., north of Boston, was once the busiest fishing port in the world because of the abundance of cod. But those times are long gone.

In his warehouse, Duffy shows off vats of freshly caught whole dogfish packed on ice. Virtually all of it will be shipped overseas to Asia and Europe.

"This undersection here is called the belly flap — those go to Germany, and they get smoked. They take the skin off of this, and you have the dogfish backs — they're big in Europe, and they'll chop it up into cutlets with the meat in it, that they'll fry it that way," he says.

Duffy and other fish wholesalers are trying to build a local market for dogfish. But it's a hard sell. In America, he says, it's just not popular.

"I know what they do with dogfish. They send it to England mostly, and the English use it as fish and chips — and I believe that's why they put vinegar on their fish and chips," says Romeo Solviletti, the manager of Connolly's Seafood just down the block from Cape Ann Seafood Exchange.

"I mean, I'm sure there are people who eat dogfish around here," he says, "but we don't sell any of it."

Nonetheless, the firm white fish is slowly making its way into markets in New England, including into the dining rooms of some hospitals and universities.

John Pontius says the best way to wean customers off cod might be to change the name of Cape Cod altogether. His suggestion? Cape Dogfish.

A previous version of this story misspelled fisherman Greg Walinski's name as Wilinksi.