Accessibility links
In Sao Paulo, Organic Markets Are Beginning To Take Off : The Salt In the biggest city in Latin America, the pickings are pretty slim for local, organic food: The city has just 20 organic farmers' markets. But many Brazilian farmers rely heavily on pesticides, and health-conscious consumers are starting to seek alternatives.

In Sao Paulo, Organic Markets Are Beginning To Take Off

In Sao Paulo, Organic Markets Are Beginning To Take Off 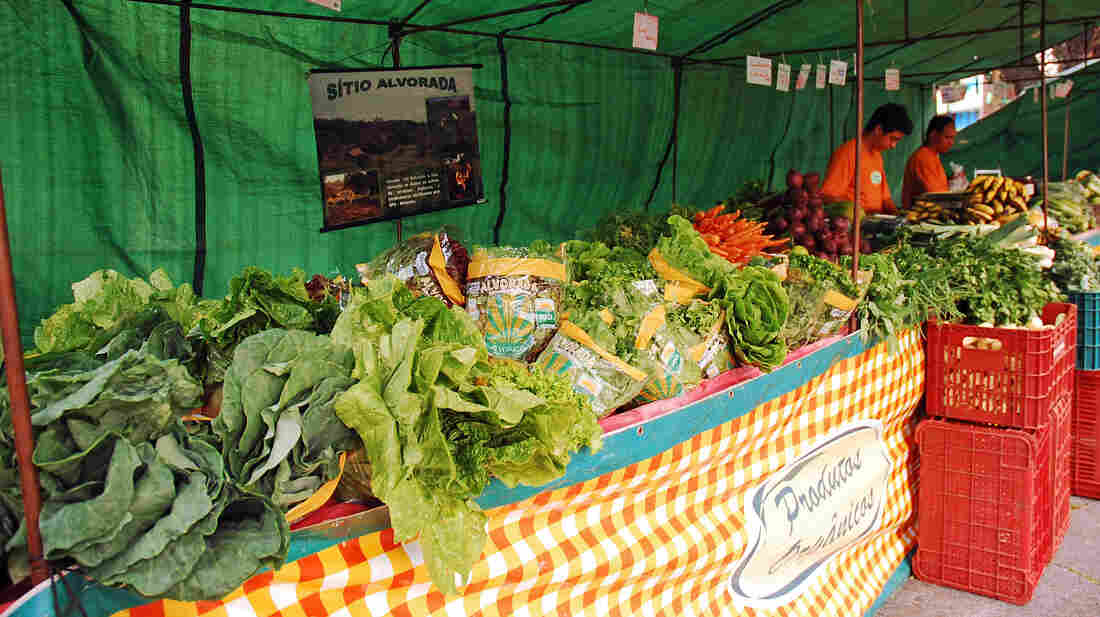 As demand for organic food in Brazil rises, organic produce is getting more affordable. Paula Moura for NPR hide caption 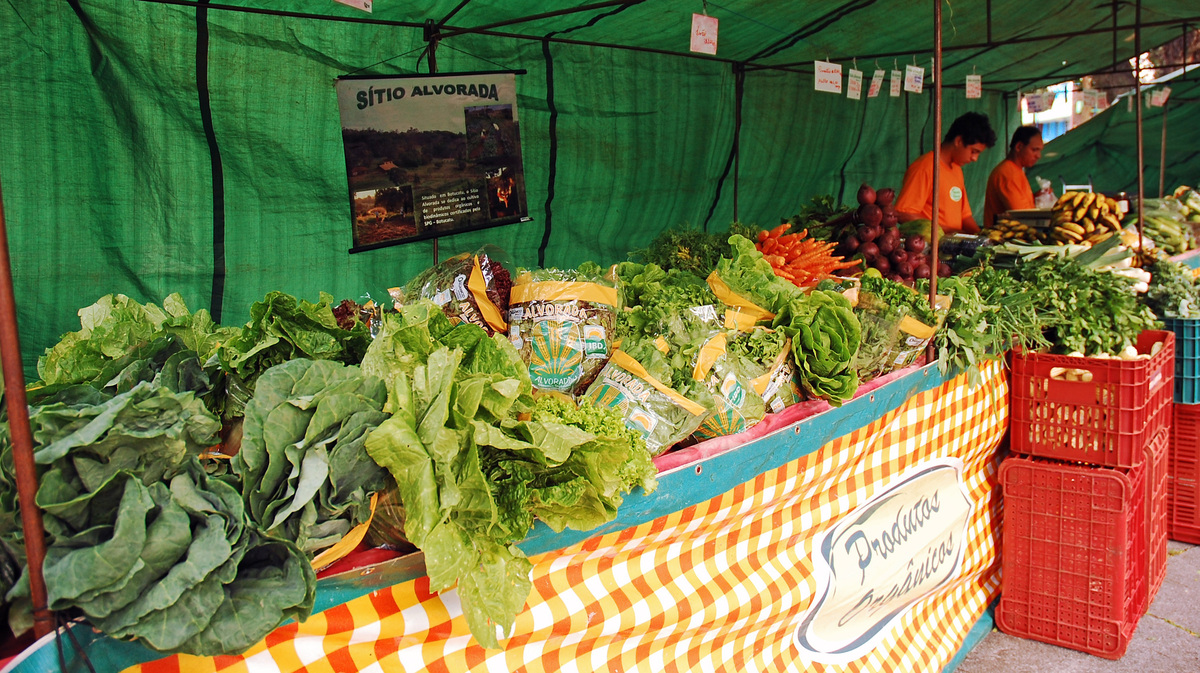 As demand for organic food in Brazil rises, organic produce is getting more affordable.

Sao Paulo holds the title of the biggest city in Latin America, with an estimated 22 million people in its metropolitan area. But when it comes to local, organic food, the pickings are pretty slim: The city has just 20 organic farmers' markets.

Organic food has been slow to take off in Brazil, one of the world's biggest agricultural powerhouses. Brazilian farmers use more pesticides per volume of crop than farmers in any other country in the world, according to the Brazilian Environment Ministry. And consumers are beginning to become aware of what those pesticides might mean for their health.

A recent study by Brazil's National Agency of Sanitary Surveillance showed that 29 percent of fruits and vegetables have pesticide levels that exceed levels deemed acceptable by the government.

Shoppers of all stripes visit one of the organic markets in Ibirapuera Park, from families with small children to athletes to the elderly. One man says he's here because he's concerned about the pesticide residue on other fruits and vegetables.

"We already eat so many fruits and vegetables with chemicals outside the home," says Cadmo Barbetto.

Barbetto used to have to cross the city to buy organic at one of the oldest and most famous markets at Agua Branca Park. But for the last year he has been able to go to this one in Ibirapuera Park near his home.

As demand for organic food rises, it's also getting more affordable. Some vegetables like lettuce are being sold for the same price as in a regular market. Turnip, cabbage and cauliflower also cost about the same. But if you're buying organic zucchinis, carrots, broccoli, eggs, peppers or cucumbers, you're going to pay a bit more.

The most expensive products are the ones made on a smaller scale, like olive oil, rice, wine and juices. The average price can be about $5 higher than for non-organic versions.

Among the 25 stands at the Ibirapuera Park market, the one selling finger food is the most crowded. People sit on tables under big trees to taste the typical Brazilian cheese bread, pão de queijo, nut cake, cinnamon roll and coffee. And, as in every street fair in Sao Paulo, the sugarcane juice is sold there.

Vendor Ana Coutinho — known as Ana do Mel or Ana Honey — grows bananas, herbs and vegetables along the forest and also raises bees at Parelheiros, an area in the very south of Sao Paulo where there are still dirt roads and farms.

It takes her about one hour to get to the organic market at 7 a.m. every Saturday. "I can't go to other fairs because I have a lot of work to do at the farm," she says. Her products are also sold to two restaurants.

One of the stands sells food from 60 different producers from Sao Paulo state and the nearby state of Minas Gerais. They have the famous Minas fresh cheese, biscuits, croissants, sweet milk, jams, raisin, flours, pita bread, roasted coffee, chocolate and vegetables. They also show some aromatic herbs that grow naturally on farms and that are not cultivated, like purslane

And for those who are really excited about organics, one of the last stands sells equipments, soil, organic fertilizers and, of course, small seedlings that could fit in a Sao Paulo apartment.