Accessibility links
This GMO Apple Won't Brown. Will That Sour The Fruit's Image? : The Salt A small Canadian company has created a genetically engineered apple that doesn't go brown when you slice it. It's waiting for approval from the U.S. Department of Agriculture. But some apple producers are worried that this new product will taint the apple's wholesome, all-natural image. 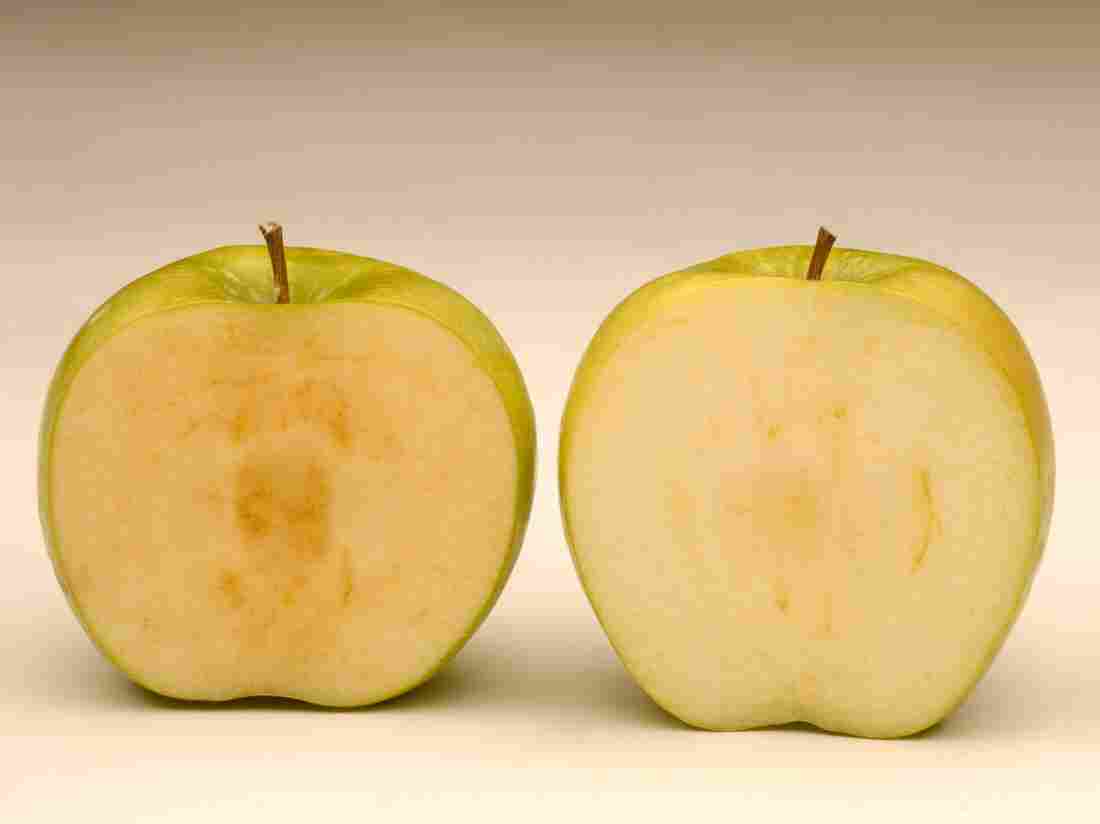 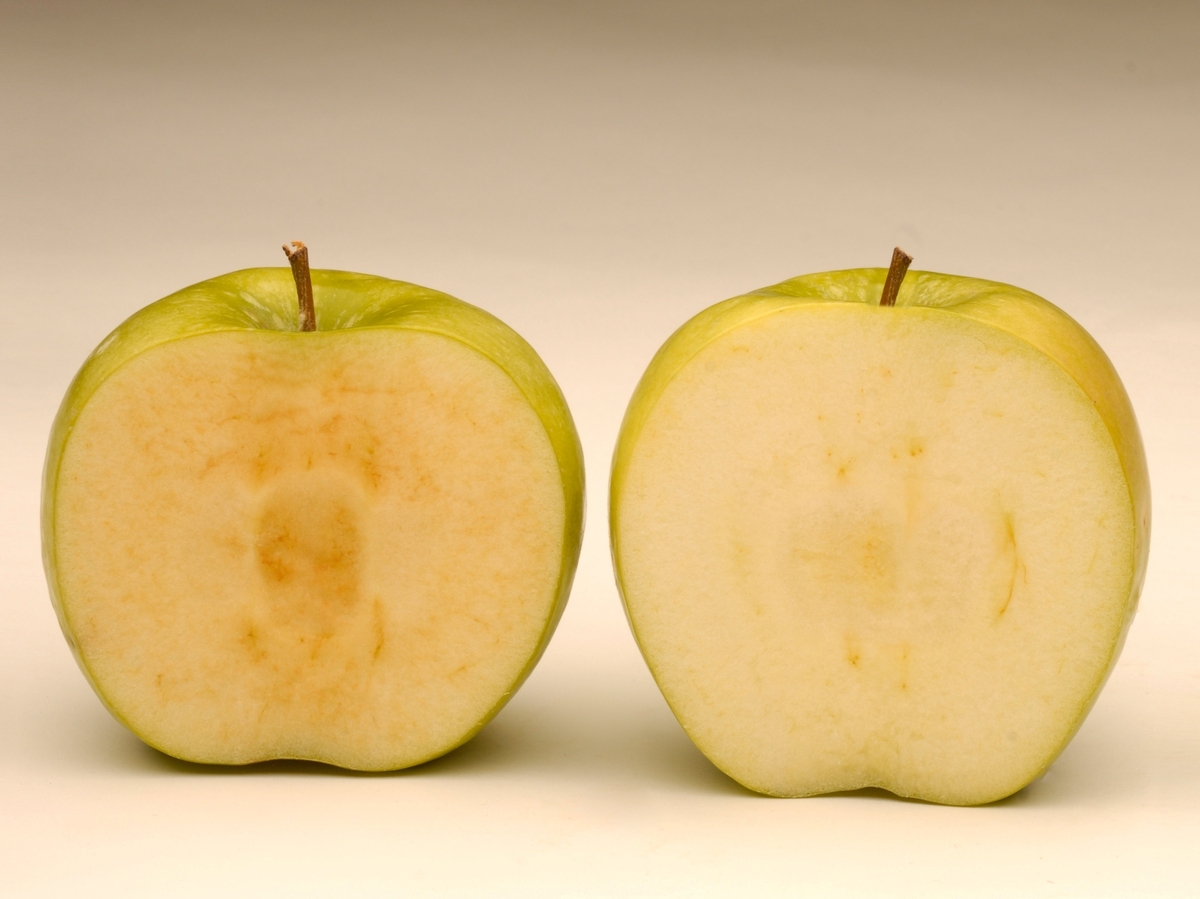 If you (or your children) turn up your nose at brown apple slices, would you prefer fresh-looking ones that have been genetically engineered?

Neal Carter, president of Okanagan Specialty Fruits, in British Columbia, Canada, certainly hopes so. His company has created the new, non-browning, "Arctic" apples, and he's hoping for big orders from despairing parents and food service companies alike. Food service companies, he says, would no longer have to treat their sliced apples with antioxidant chemicals like calcium ascorbate to keep them looking fresh.

The new apples are waiting for approval from the U.S. Department of Agriculture. But they face opposition — including from apple producers who worry that this new product will taint the apple's wholesome, all-natural image.

"Our concern is marketing," says Christian Schlect, president of the Northwest Horticultural Council, which represents apple growers in the major apple-producing areas of the Pacific Northwest.

Schlect sees a risk that consumers who are viscerally opposed to genetic engineering will avoid apples entirely, and the industry will have to spend precious time and money keeping GMO apples separate from their conventional cousins.

The non-browning trait was created by inserting extra copies of genes that the apple already possessed. These genes normally create an enzyme called polyphenol oxidase, which is responsible for the chemical reaction that causes browning.

Yet when extra copies of the gene are added, the apple reacts by shutting down all of them, stopping production of the enzyme and preventing the browning reaction. (Like any apple, these apples eventually will go brown from normal rotting. It's the immediate "enzymatic browning" that's blocked.)

Okanagan Specialty Fruits licensed this technique from the Australian research institute where it was first discovered.

At the moment, there are non-browning versions of Golden Delicious and Granny Smith apples. The U.S. Department of Agriculture has allowed Okanagan Specialty Fruits to produce them in test plots covering a few acres in the states of New York and Washington. Carter says his company now is working to put the trait in Fuji and Gala apples, too.

The USDA has studied the apple and released a preliminary conclusion that Arctic apples are pretty much as harmless as conventional ones. That assessment is now open for public comment, and thousands of people have taken advantage of the opportunity — most of them fiercely opposed to it.

Even if the USDA approved the apples within a few months, as Carter hopes, it would take several years before commercial quantities of non-browning apples could show up in grocery stores.

Okanagan Specialty Fruits does not plan to grow large quantities of apples itself. It will license its variety to commercial growers, charging them a one-time fee of $1,500 per acre of trees. Carter says this is comparable to the license fees that growers currently pay for the right to produce patented varieties such as Gala or Fuji.

Carter is convinced that most consumers will be curious to try the apple. The company conducted focus groups in four U.S. cities, from San Francisco to Raleigh, N.C. The company showed consumers the apple, explained that it was genetically engineered, and asked them, "Would you buy it?"

"Typically, it's about 80-20," says Carter. "80 percent say, 'Fantastic, bring it on.' And 20 percent say, 'Hmm. I don't think I like genetic engineering.' But they all eat it. Even if they were a nay-sayer that was never going to eat any GM fruit, they will eat a slice. It's not like we have to ask them to eat a slice. They will ask if they can eat a slice."

Carter thinks it may be more difficult convincing grocery stores to stock the new apple. Even if only a minority of their customers are viscerally opposed to it, grocery stores are risk-averse, and don't want to drive away any business at all.