Accessibility links
The Fruits Of Free Trade: How NAFTA Revamped The American Diet : The Salt Signed 20 years ago this month, the landmark trade agreement radically altered the way we get our fruits and vegetables, encouraging year-round imports from Mexican farms. That's why it's now no big deal to find, say, raspberries in winter. But critics say it also has trained consumers to value convenience over flavor and has dulled knowledge of where food comes from. 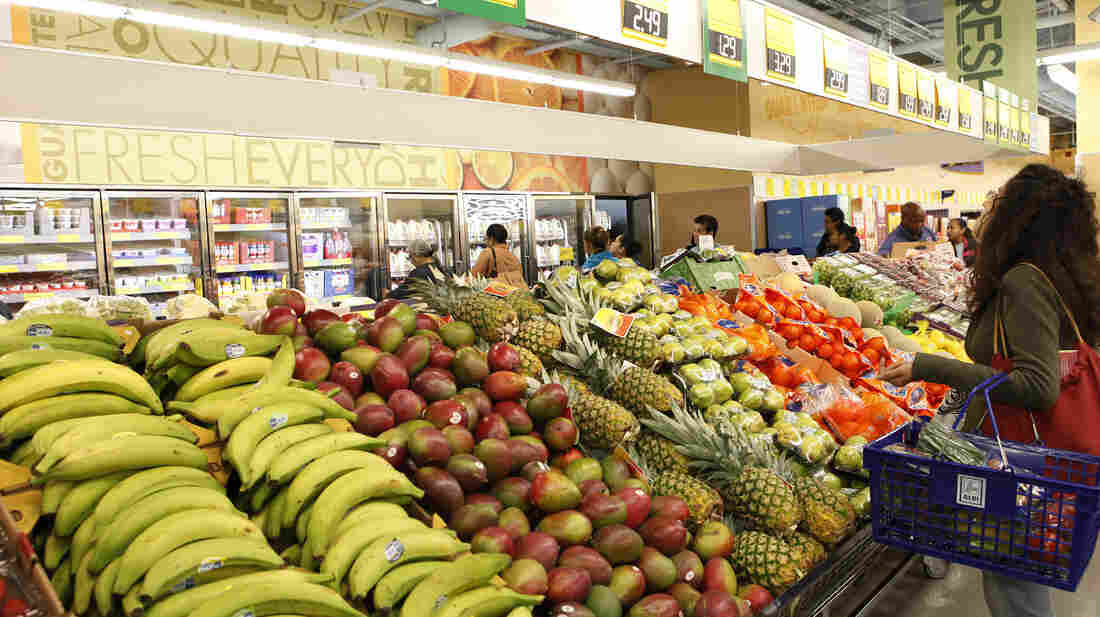 A lot of produce Americans buy comes from Mexico, and it's the result of the North American Free Trade Agreement — NAFTA — which took effect 20 years ago this month. Amy Sussman/AP hide caption 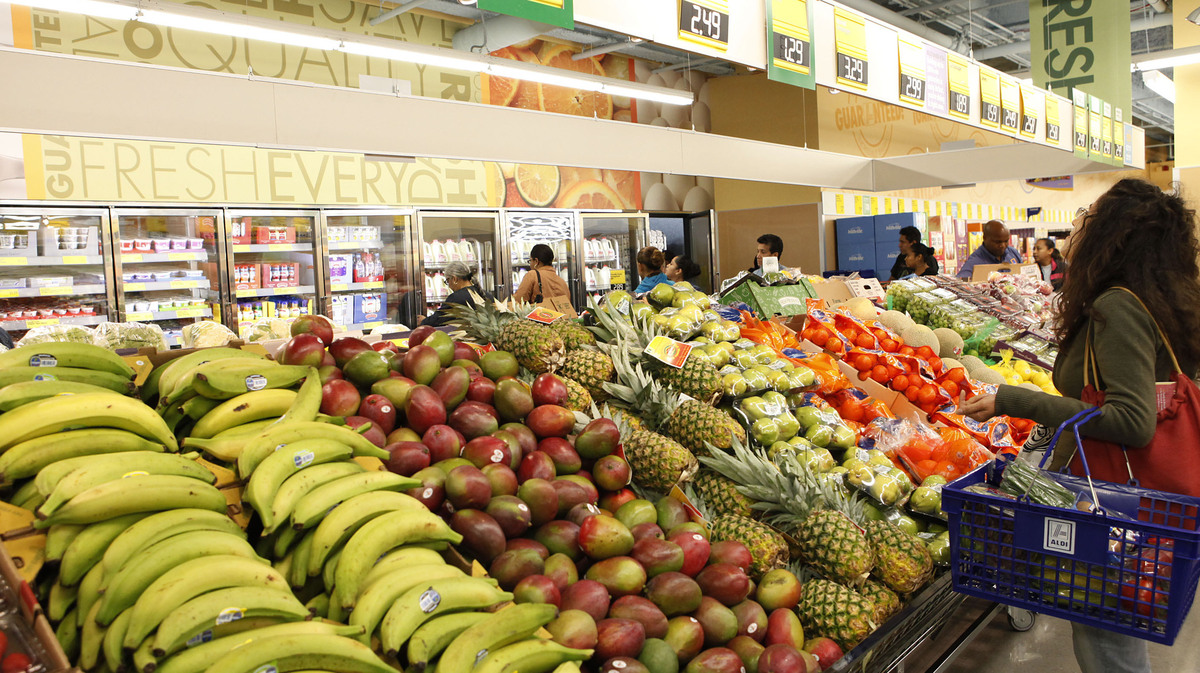 A lot of produce Americans buy comes from Mexico, and it's the result of the North American Free Trade Agreement — NAFTA — which took effect 20 years ago this month.

Walk through the produce section of your supermarket and you'll see things you'd never have seen years ago — like fresh raspberries or green beans in the dead of winter.

Much of that produce comes from Mexico, and it's the result of the North American Free Trade Agreement — NAFTA — which took effect 20 years ago this month.

In the years since, NAFTA radically changed the way we get our fruits and vegetables. For starters, the volume of produce from Mexico to the U.S. has tripled since 1994.

There are several reasons why, explains Jaime Chamberlain, president of J-C Distributing Inc., a large produce importer and distributorship in Nogales, Ariz.

First, NAFTA eliminated tariffs. Cantaloupes, for instance, used to have a 35 percent tax on them when they crossed the border. No tariffs meant lower prices.

Second, NAFTA encouraged investment. So companies like Chamberlain's have invested hundreds of millions of dollars in Mexican farms. That has helped create year-round supply and demand for U.S. and Canadian customers.

"Twenty years ago, in tomato items alone, you did not have 365-day distribution from Mexico to the United States," he says. "And now ... every single day of the year, you will find Mexican tomatoes in the U.S. market."

Availability is what seems to matter to shoppers like Garrett Larriba, whom I encountered at a Tucson, Ariz., Safeway.

I asked him if he knows where his produce comes from.

But a number of other people I spoke with at the same Tucson Safeway do care — including Larribas' companion, Christine Peterson.

"I try to eat local as frequently as possible," she told me, "and I do care where it comes from."

Peterson said she wants to support local farmers — and justified or not, she worries about food safety.

Of course, for consumers fully committed to buying local, that also means buying only what's in season.

"I don't have much fruit in the winter — bluntly," says Joan Gussow, a nutritionist and author who has been called the "matriarch of the eat-locally-think-globally food movement."

Gussow eats mostly dried fruit in winter and whatever vegetables grow near her home in New York's Hudson Valley. By selling fruits and vegetables bred to travel long distances, she says, NAFTA has helped train people to value convenience over flavor.

Jaime Chamberlain disagrees. He says the produce industry has made great strides in packaging and shipping more flavorful fruits and vegetables from Mexico. Don't knock availability — celebrate it, he says.

"We should be teaching our children that nowadays, you're able to enjoy strawberries even though you're in the dead of winter in January," he says.

Enjoy it or not, that's what Americans got from NAFTA. As for getting your children to eat more fruits and vegetables — that's another issue altogether.