Accessibility links
Soba: More Than Just Noodles, It's A Cultural Heritage ... And An Art Form : The Salt The United Nations has named traditional Japanese cuisine — known as washoku — an intangible cultural heritage. One of the oldest foods of washoku is the soba noodle. But what most Americans call soba is a pale comparison to the actual cuisine. One woman in Southern California is trying to keep the true traditional noodle alive in America. 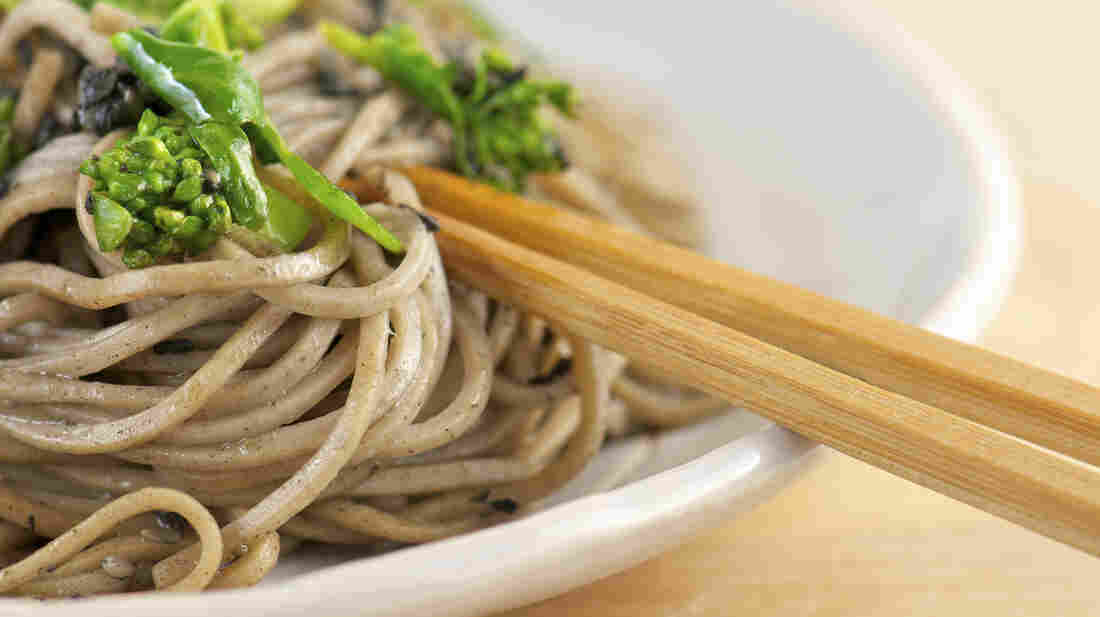 Genuine soba noodles are difficult to find in the U.S. iStockphoto hide caption 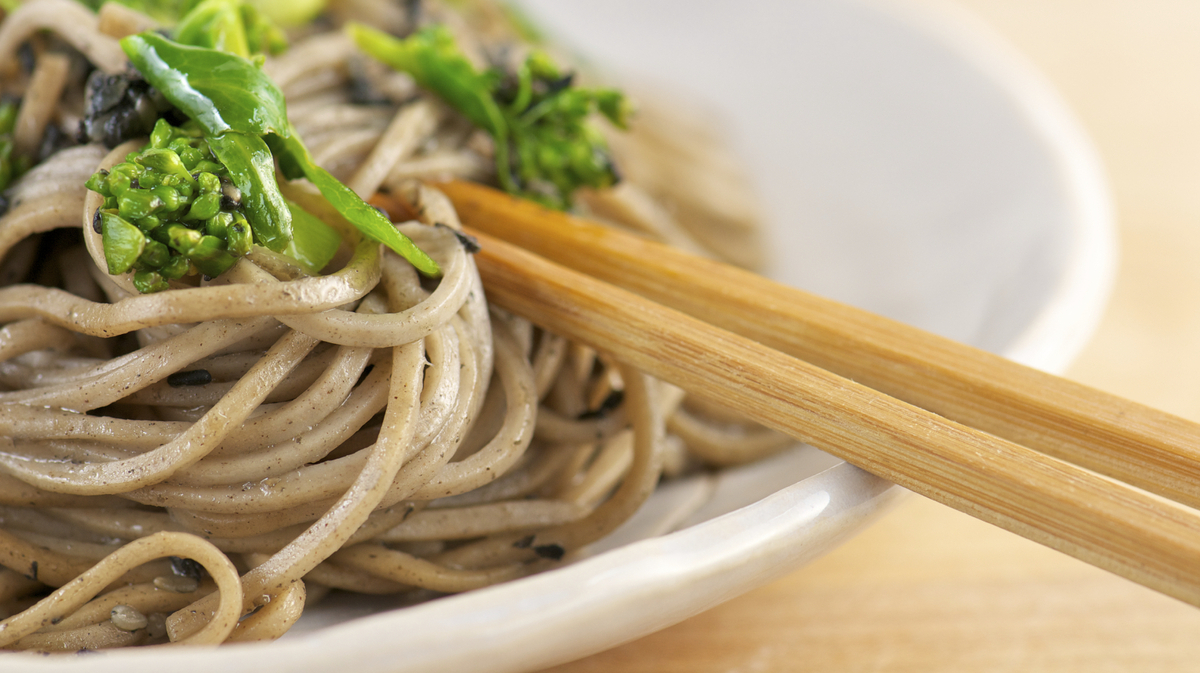 Genuine soba noodles are difficult to find in the U.S.

Traditional Japanese cuisine, known as washoku, is now an intangible cultural heritage, according to the United Nations.

Tofu, mochi and miso are a few examples, but it's the buckwheat noodle, or soba, that many consider the humble jewel of Japanese cuisine. It's not easy to find in the U.S., but one Los Angeles woman is helping preserve the craft of making soba.

In a cooking classroom off a busy street in L.A., Sonoko Sakai is teaching about the simplicity of making buckwheat noodles.

A handful of students gather around the slender Sakai as she shows them how to mix the flour and water together.

"As we're mixing the dough," she instructs them, "we want to distribute the water into the cells of the buckwheat and wheat flour as quickly as we can."

The key ingredient is buckwheat, and despite its name, it is not part of the wheat family. The triangular brown seeds are actually more closely related to rhubarb or sorrel.

One of the students who came to the class is Mikie Shioya. She's a native of Japan and wants to eat authentic soba here in the U.S.

"Soba is my favorite food," she says.

But finding genuine versions in the U.S. is difficult. The packaged noodles available in grocery stores are made mostly of wheat flour. And only a handful of restaurants stateside serve it up in the traditional way, meaning the chefs make the dough and cut and boil the noodles in front of customers. Shioya hopes to re-create that taste in her own kitchen.

"I don't know anybody who makes soba at home," Shioya says. "If you live in Japan, you can just go to a really good soba place. But here in L.A., there's nowhere to go."

"You get so desperate," Sakai chimes in, "you have to make it."

Sakai explains that the beloved noodle is a Japanese creation, unlike, say, the ramen noodle, which originated in China.

Soba, Sakai says, "came to Japan as a porridge, and the Buddhist monks who studied in China had it during their long meditative journeys. And they brought it back to Japan, and the people in Japan turned it into noodles."

From start to finish, it takes Sakai only 15 minutes to make and cook the noodles from scratch. She can't imagine doing it any other way. For her, there's a joy in making something by hand, and while Sakai loves the taste, soba is more than just food — it's an art form.

Sakai and her students cut the noodles into long, slender strips as thin as matchsticks. They're dunked in boiling water for just a minute and then shocked cold in an ice bath.

The students get a new appreciation for the subtle flavor, as they taste it plain, in broth and with soybean powder.

"It's very much like wine," Sakai says. "It's like eating fresh fruit, and you don't want to mask it with other things. So, yes, it's a very bland flavor, but if you acquire the taste for it, you begin to really appreciate the depth of soba, of buckwheat and the work of the artisans."

Sakai is going beyond just crafting and teaching soba. She's learning to grow buckwheat and even bought a stone mill to make her own flour.