Accessibility links
Small-Batch Distilleries Ride The Craft Liquor Wave : The Salt Bacardi, Jack Daniels and Johnnie Walker have some new competition these days. There's been a surge in the number of craft distilleries in the U.S. over the past few years, as more mom and pop entrepreneurs are making liquor for local customers. 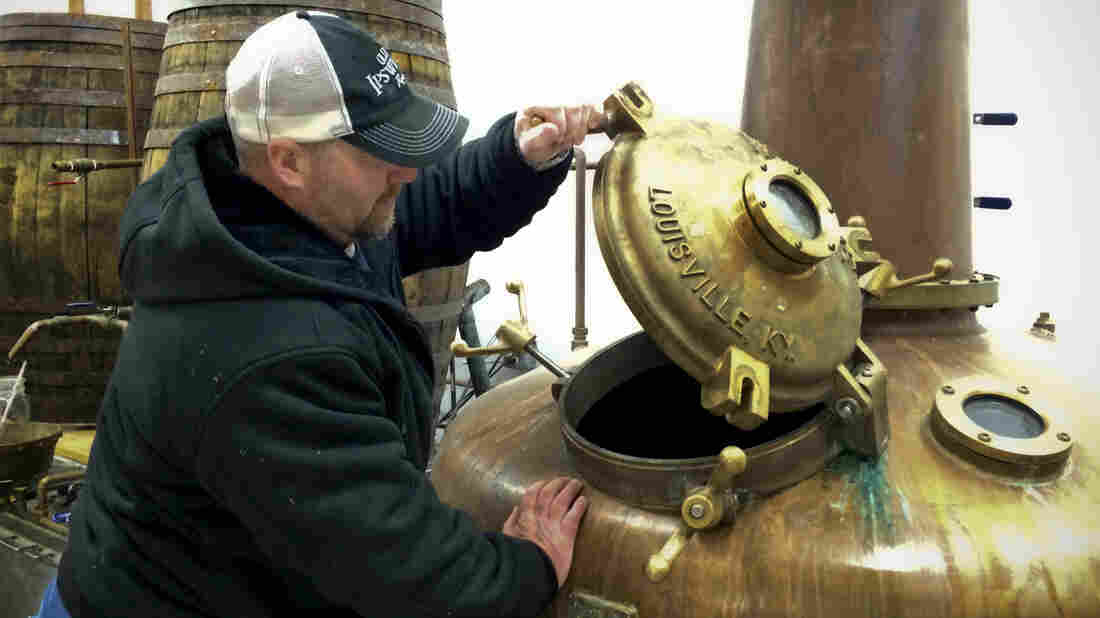 Evan Parker of Turkey Shore Distilleries lifts the distilling kettle's brass door. Parker climbs down this hole between batches to clean the kettle and says he had to measure his hips at first to make sure he'd fit through. Chris Arnold/NPR hide caption 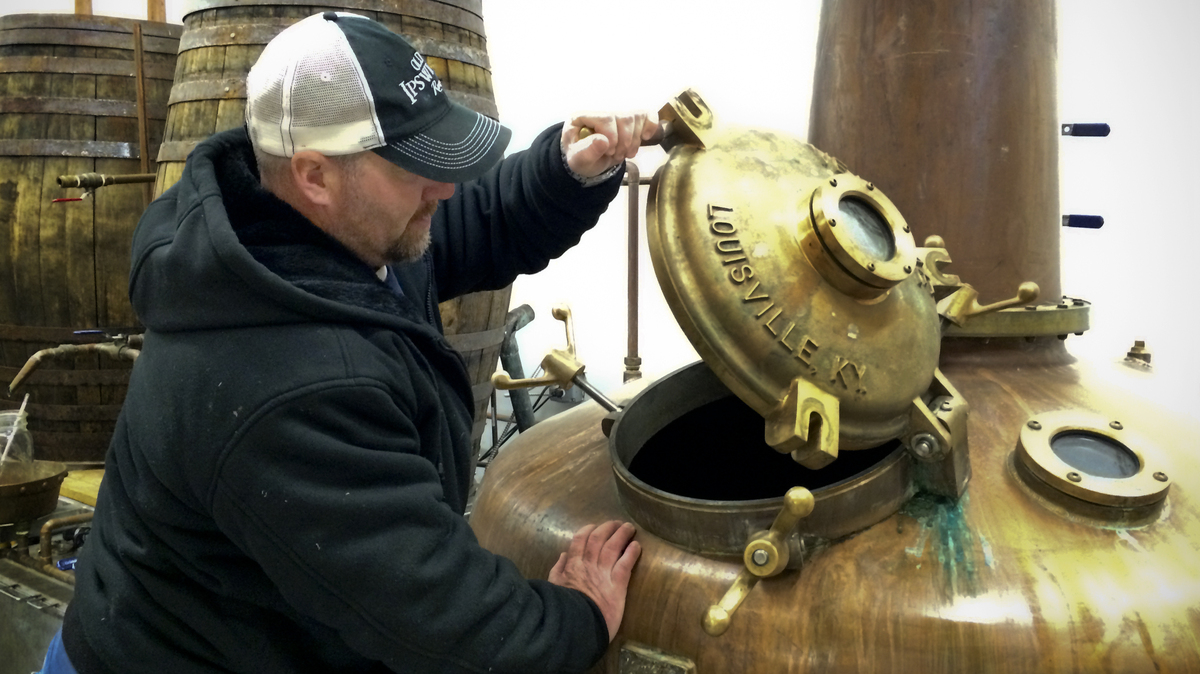 Evan Parker of Turkey Shore Distilleries lifts the distilling kettle's brass door. Parker climbs down this hole between batches to clean the kettle and says he had to measure his hips at first to make sure he'd fit through. 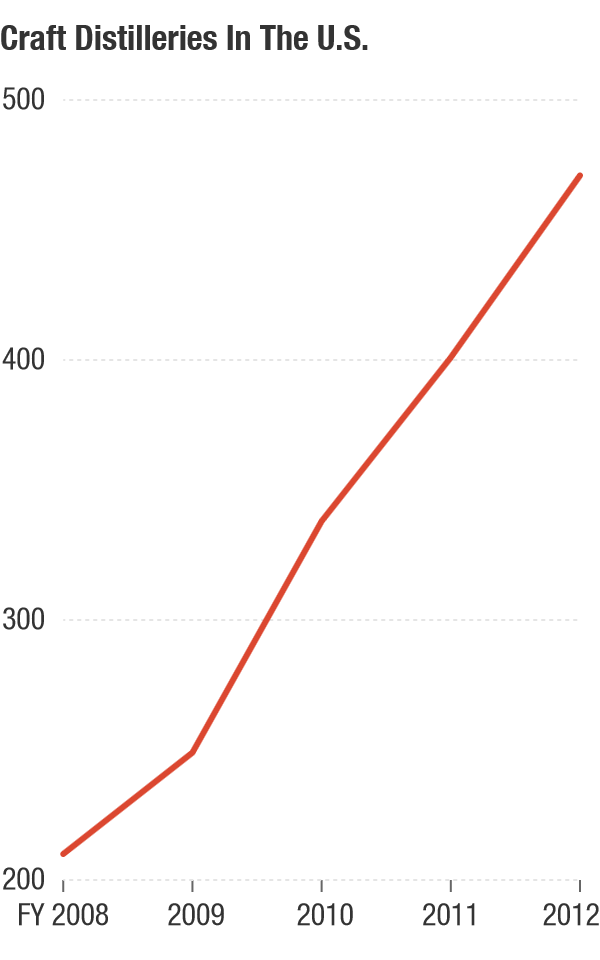 From 2008 through 2012, the number of craft distilleries in the U.S. more than doubled. Alcohol and Tobacco Tax and Trade Bureau hide caption

Wherever you live, you're probably not too far from a local microbrewery making beer. Now, the latest trend is the spread of what you might call "micro-boozeries." Craft liquor distilleries are springing up around the country like little wellheads spouting gin, whiskey and rum.

Turkey Shore Distilleries in Ipswich, Mass., is one of them.

Co-founder Evan Parker boils molasses in a giant, 400-gallon copper kettle to distill what the company calls Old Ipswich Rum. He and business partner Mat Perry grew up going to school and playing hockey together. A few years ago, after a clam farm venture that Parker was launching didn't work out, Perry called him up and said he had another business idea.

"I was a high school history teacher, teaching locally here. I knew the history of rum in this area and became sort of enamored with that story," Perry says.

Perry says in the 18th century there were more than 100 rum distilleries all along the coast of New England, making rum with molasses shipped up from the Caribbean. Perry saw the local food movement all around him and he thought, why not start a local distillery to make rum?

The two friends did research. They managed to raise about $300,000 from local investors and friends and family. And they quit their jobs and started the distillery.

Around the country, there are a lot of other people making local rum or whiskey or gin. Federal permit data show that just between 2008 and 2012, the number of craft distilleries more than doubled to 471.

The American Rum Association, a group of small craft distillers, has 14 members, says Kelly Railean, the founder and president.

Railean runs her own distillery in San Leon, Texas. And she's got bus tours of people coming by all the time. She's meeting with more and more restaurant and bar owners who want to sell her rum.

"I think a lot of it is people looking for something different," Railean says. Customers seem to like the idea of buying local, she says, "and a lot of times these are higher-quality products." 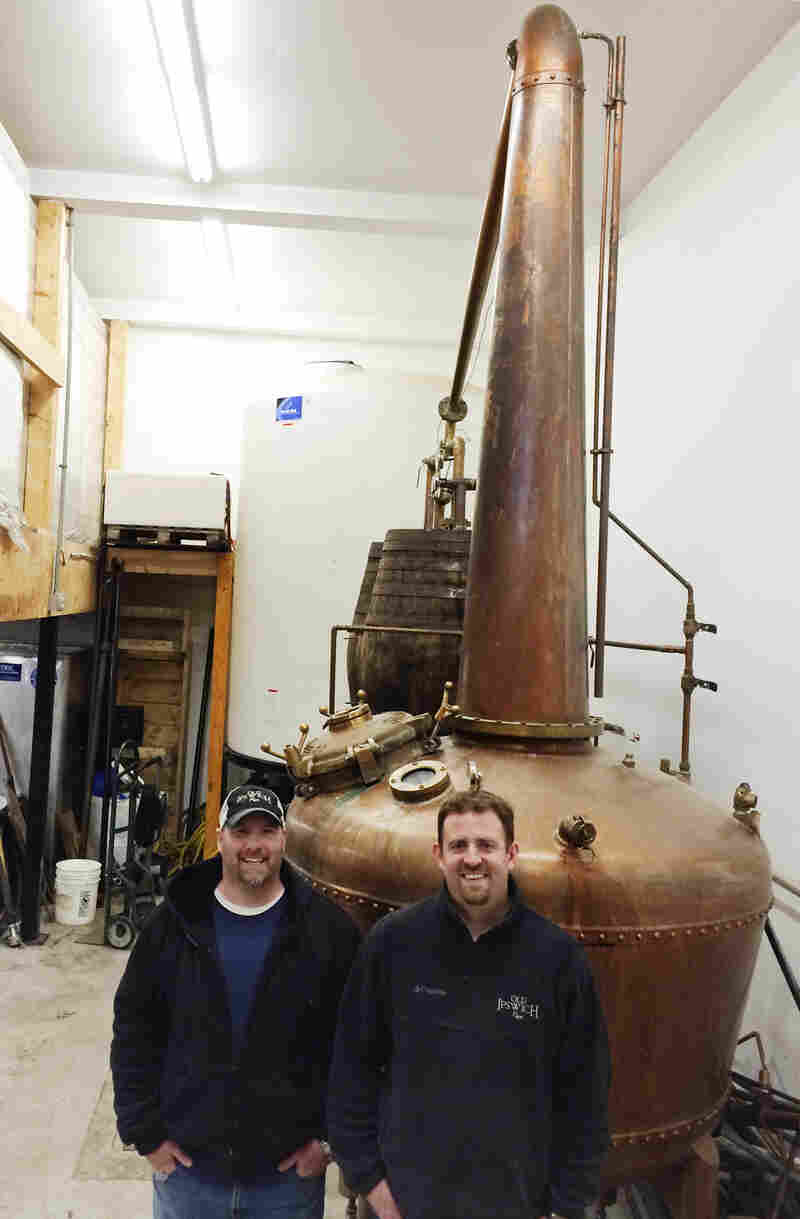 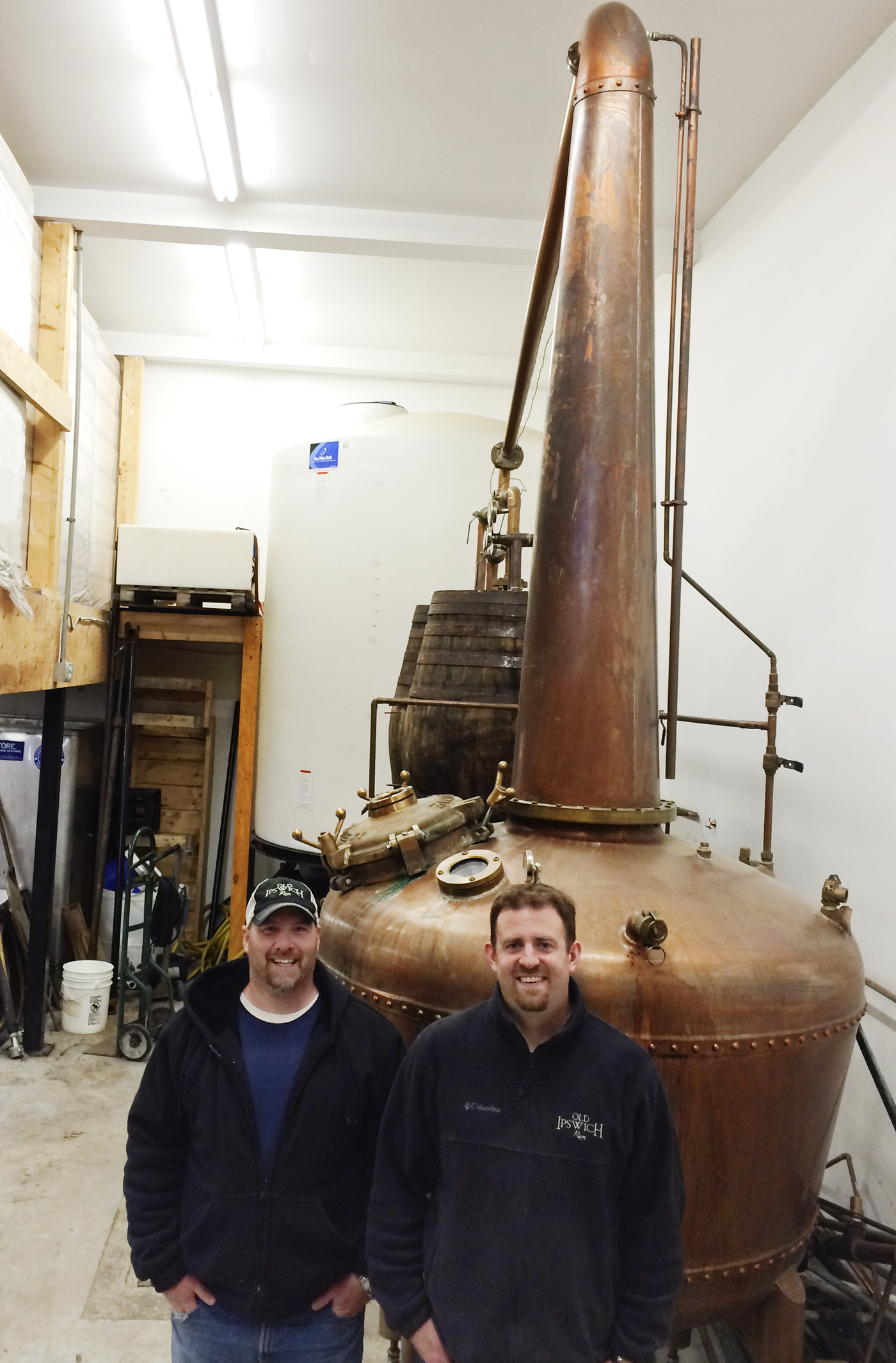 Evan Parker and Mat Perry of Turkey Shore Distilleries with their 400-gallon copper kettle and still.

Still, Railean says when you're small it's hard to get distribution into bars and liquor stores. Local rum-makers have another hurdle: A 100-year-old tax break favors rums from the Virgin Islands and Puerto Rico, such as Bacardi and Captain Morgan. Railean says that makes it much cheaper for those big companies to produce rum. She says most of her customers don't know about that.

"They just think Puerto Rican rum is great — and, hey it's cheaper than everybody else," she says, "and a lot of that is because of that subsidy that they get."

But despite the challenges, craft distillers are still popping up all over.

Back up on the Massachusetts coast in Ipswich, Perry and Parker have lined up a few bottles of their different styles of rum: a basic white rum, a tavern-style and a special reserve that's been aged in an oak barrel for a couple of years.

"It's got some little darker tones to it," Perry says. "It's almost more bourbon-like."

It's just the thing to have around when a snowstorm and the polar vortex descend on New England.