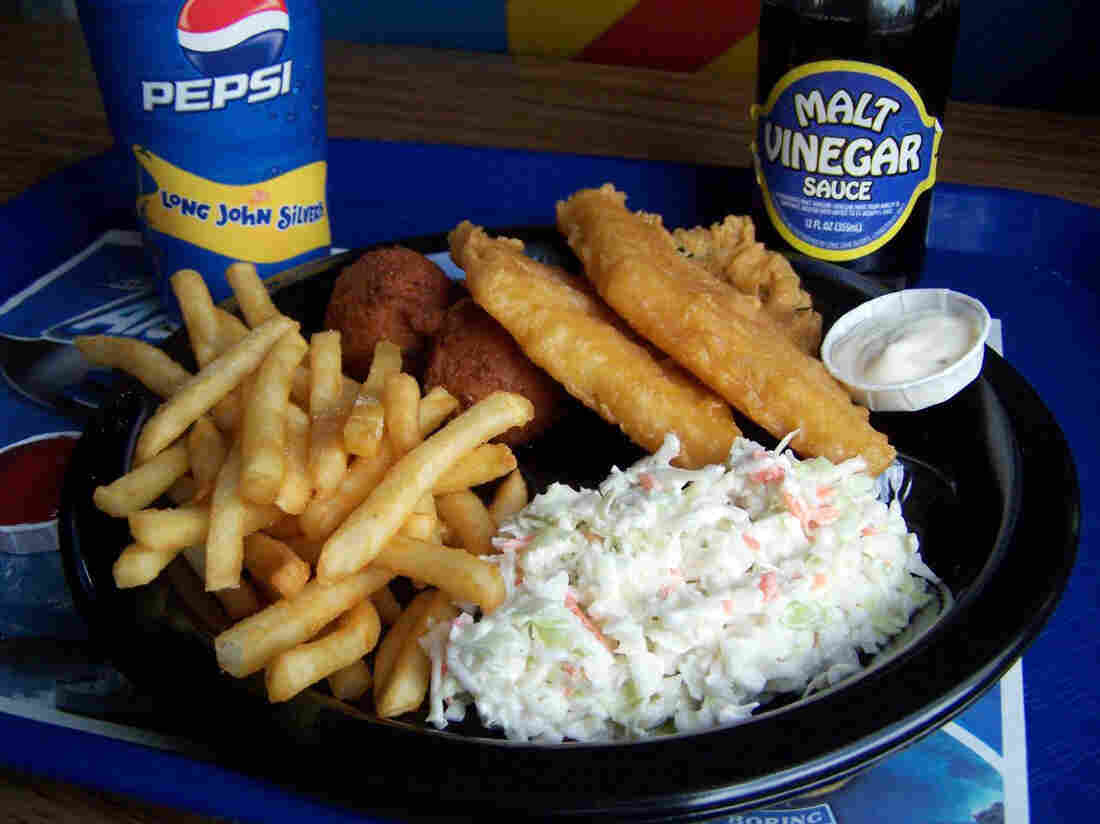 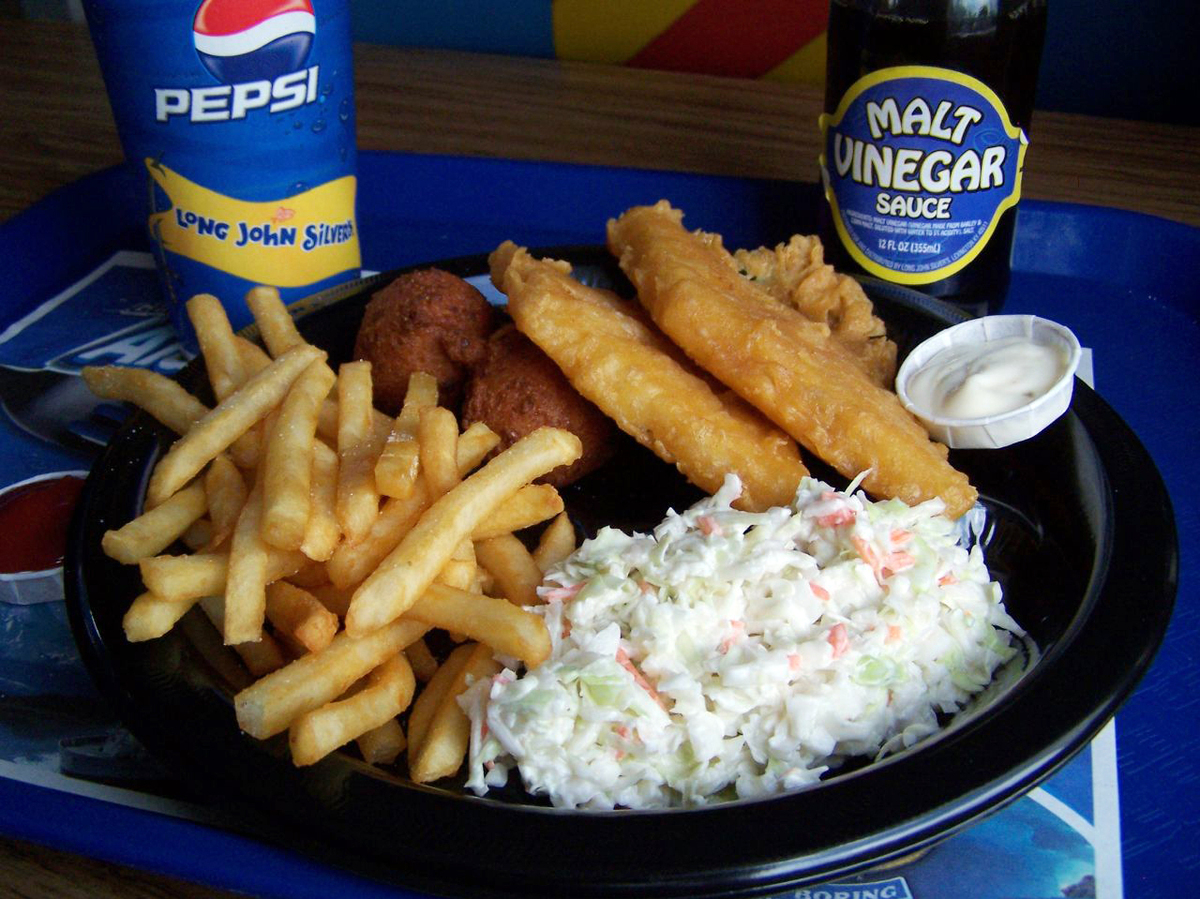 Long John Silver's has gained some notoriety in the past for serving up what the food police dubbed the most unhealthful meal in America. (aka heart attack on a hook.)

But the fast-food chain is out to change its reputation. One step in this new direction: a quick transition from partially hydrogenated oils that contain bedeviled trans fats. Today, the chain announced it is moving to a 100 percent soybean oil that is trans-fat free.

"It's great news and a big step on their journey to revitalize the brand overall," Gary Gerdemann, a PR man who is working on behalf of the food chain to promote the announcement, told us in an email.

"We are very pleased to improve the health profile of our entire menu and transition all of our fried products to trans-fat-free soybean oil," Mike Kern, Long John Silver's chief executive officer, said in a news release.

"Whether choosing delicious baked or our classic batter-dipped fried fish, our guests can order with the confidence that their food has zero grams of trans fat," Kern continued.

So, will consumers notice a difference in taste? Likely not, says Gary Gerdemann. "We've been converted now fully since the end of the year," he said, adding, "The vast majority of our guests do not notice a change."

The menu changes earned praise from the Center for Science in the Public Interest — a nutrition and health policy watchdog group that last year gave Long John Silver's the dubious distinction of having the "worst restaurant meal in America."

In a news release, CSPI's executive director, Michael F. Jacobson, said, "We were glad to work collaboratively with Long John Silver's leadership team and are pleased that the company achieved its ambitious goal in six months' time."

CSPI says the FDA can now take note of how much time it should take other food manufacturers and restaurants to make the change to eliminate trans fat.

As we reported last year, the FDA has already paved the way for all food manufacturers to phase out trans fats from the food supply. That's because the fat has the dubious distinction of wrenching our cardiovascular systems by simultaneously raising bad cholesterol (LDL) and lowering good cholesterol (HDL).