Accessibility links
Food Stamp Cuts, Cold Weather Put Extra Strain On Food Pantries : The Salt Food pantries are bracing for higher demand from their communities in the coming weeks. National hunger organizations say the best way to help is to give money to local food banks and pantries instead of donating food. 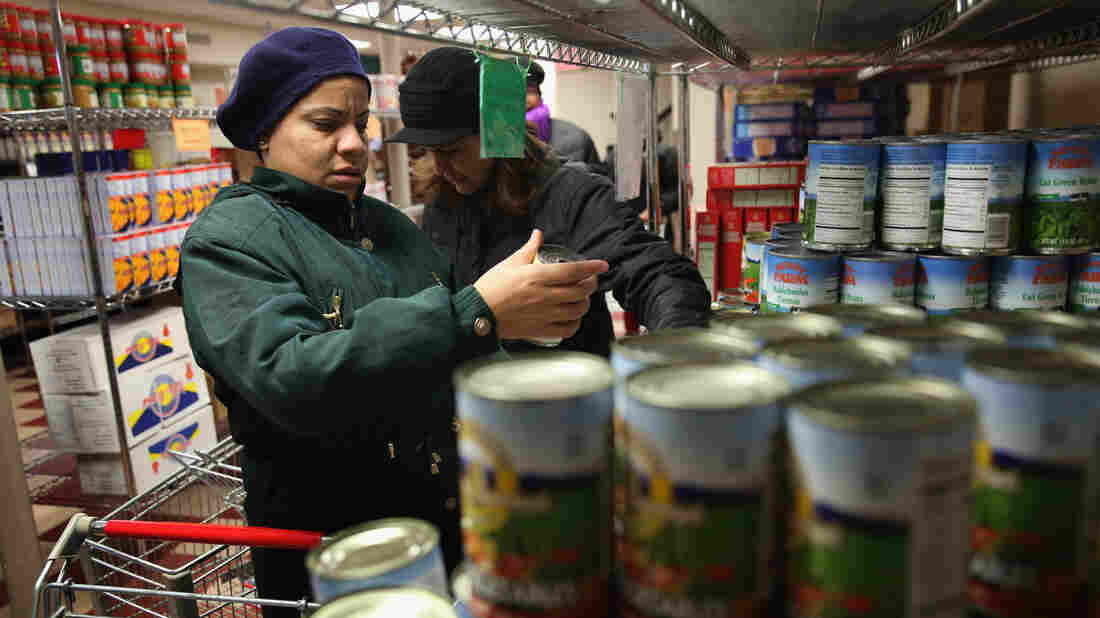 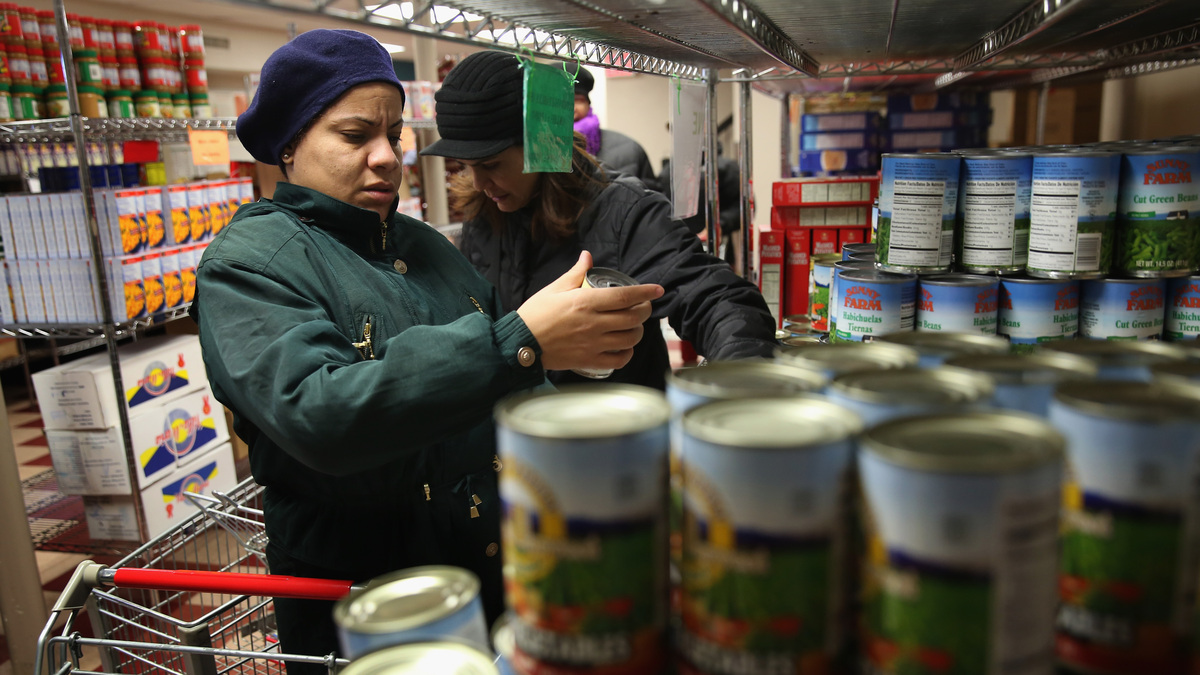 Scrounging to feed yourself and your family can be brutal. But add the bone-chilling cold to it and it's a whole other level of misery.

Unfortunately, many American families are suffering from the double whammy this week as a deep freeze descends on most of the nation.

Anti-hunger organizations say the unusually low temperatures are sending heating bills through the roof, cutting into the food budgets of many families struggling to get by. That means food pantries are bracing for more hungry people from their communities coming through the door in the weeks to come.

"By next week, I expect we'll see record levels of people coming into our member agencies," Ken Kupchick, director of marketing and development for the River Valley Regional Food Bank in Fort Smith, Ark., tells The Salt.

In the short term, Kupchick's food bank is scrambling to make sure the 200 or so food pantries that serve the hungry in the surrounding communities know to call the food bank if they run out of supplies. His bank, which buys food with cash donations and rescues food from chains like Wal-Mart and Darden Restaurants, can help pantries restock essentials when they run out.

Kupchick says that ever since some of the funds for food stamps that went to families in the Supplemental Nutritional Assistance Program expired in November, the pantries his group supplies have seen a 6.5 percent increase in the number of clients coming in.

"It may not sound like a lot, but those cuts came at a bad time, when families really need a boost in food budget because of Thanksgiving and Christmas," Kupchick says.

Ross Fraser, spokesman for the national organization Feeding America, says food banks all over the country are stretched pretty thin, but it's the ones in rural areas that are really struggling to serve a far-flung population of hungry people.

"It's easier to feed a hungry person in New York City than in the middle of nowhere in Montana," says Fraser. "In a big city, it's easy for people to get to places to get help. The big challenge is how to get food to remote and rural areas."

For people who aren't regular donors to their local food bank and want to help, Fraser recommends donating money over food. "Food banks can buy food in huge quantities at a lower price — we can get three cans of [beans] for what a consumer pays for one."

If you do want to take food to the local food bank, Fraser recommends canned meats, such as tuna, chicken or fish, as well as peanut butter. These are among the most expensive foods with the longest shelf lives — so retailers are less likely to donate them. Soups and stews, rice, pasta and oatmeal are also welcome, Fraser says.

Food aid groups had worried that negotiations over the farm bill on Capitol Hill would slash even more funding from the biggest federal food assistance program, SNAP. But the bipartisan agreement on a five-year farm bill announced Monday appears to leave SNAP essentially intact, as the Two-Way reported.

But Kupchick says that he's concerned about cuts to other federal assistance programs — like the insurance program for the long-term unemployed, which expired in December. Congress is currently debating whether to extend the program, and such programs can make the difference between a hungry family, Kupchick says, and a family just hanging in there.

Food banks also "can't make up the difference," in the cuts to the food stamp program that happened in November, says Fraser. "That's absurd."

Feeding America, he says, is "the fourth-biggest charity in U.S., and people are going to come to us more often and need more food, and we're not going to have it."

Unless, he says, groups like his can figure out how to rescue more of the food that's currently going to waste on farms and from retail outlets.