Accessibility links
Sap Discovery Could Turn Syrup-Making Upside Down : The Salt For centuries, people thought sap had to flow down a tree's body through a spigot at the bottom. But researchers have discovered that sap can flow upward, too, which allows syrup production from much younger trees, and could even turn maple syrup into a row crop. 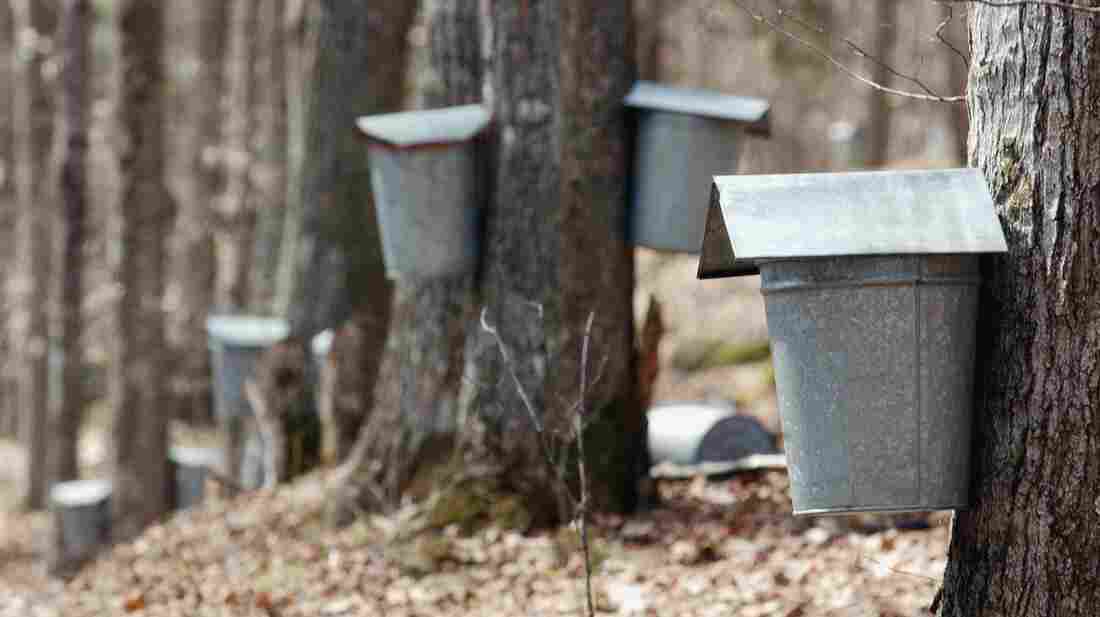 Buckets collect sap on maple trees in Vermont. A new discovery means that sap doesn't have to be collected from mature trees out in the wild. Toby Talbot/AP hide caption 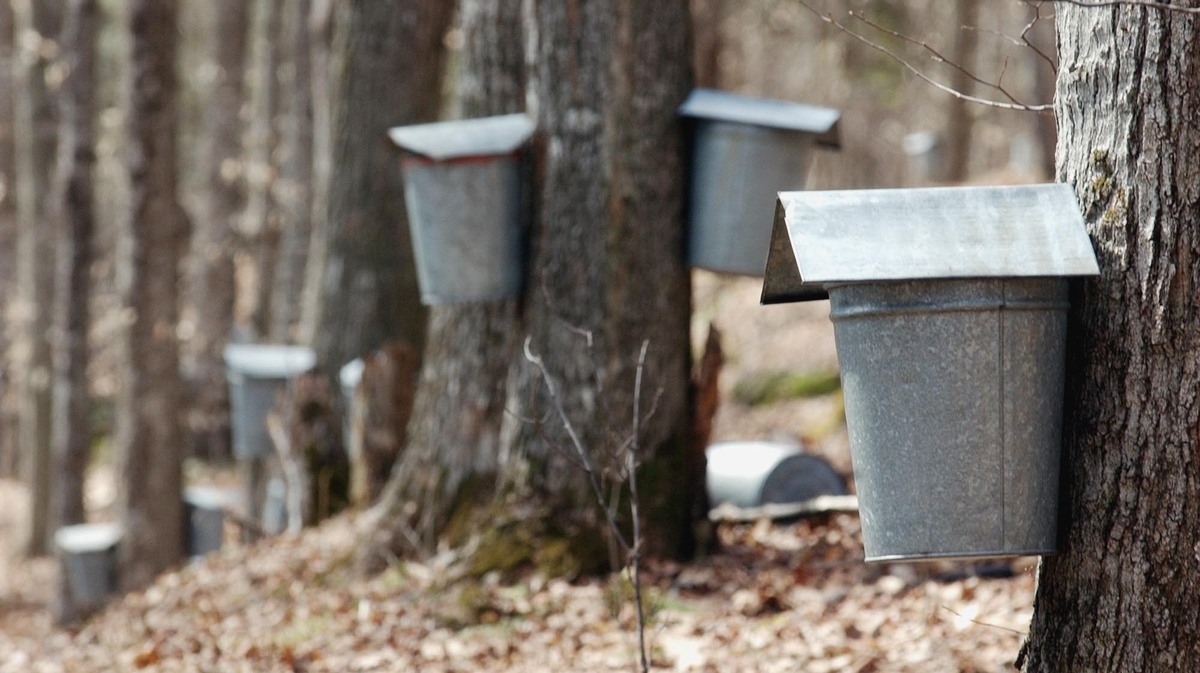 Buckets collect sap on maple trees in Vermont. A new discovery means that sap doesn't have to be collected from mature trees out in the wild.

Last year researchers at the University of Vermont announced something that could change the way we think about Vermont — or at least how it produces its famous maple syrup.

The time-honored method calls for inserting a tap near the bottom of a tall, mature maple tree. At the end of February, the tree thaws, and voila: Sap starts flowing out the spigot at the bottom.

But in 2010, these researchers were testing ways to gather sap from mature trees when they noticed something unusual.

That meant sap didn't flow exclusively from top to bottom from older trees, which is what everyone thought — for centuries.

Sap was coming up — from the ground. The size of the tree was irrelevant.

Laura Sorkin, a writer and co-owner of a large maple syrup operation in northern Vermont, described the study in Modern Farmer magazine.

The researchers tested the discovery on maple saplings growing near their lab, Sorkin tells NPR's Rachel Martin. They lopped off the tops, capped them with a tube and put them under vacuum pressure.

"It had never occurred to anyone," Sorkin says. "It's just always been done this way."

"Aside from harvesting fish from the sea, pretty much everything else that we eat comes from neatly planted, nicely managed row crops grown in fields," Sorkin says. "Maple syrup, on the other hand, is something we head off into the wild forest to get. Vermonters, I think, would be very reluctant to give that up."

Grade Inflation In The Maple Syrup Aisle: Now Everything Is An 'A'

A sap farm would take the romance out of maple syrup harvesting, Sorkin says. "There's no reason why it shouldn't be the same for maple syrup," she says, "but still, everyone that I mention this to, their reaction, it's quite visceral: 'What? That's wrong!' "

With a farm system, sugar makers could expand their operations without buying expensive new land, Sorkin says. The price of syrup would likely stay the same, though; despite higher yields for smaller parcels of property, the investment in labor and equipment would be hefty.

But the taste would stay the same.

"I would just have to say, ambrosia," says Sorkin. "It's sweet, but it's so much more than that. When combined with things like cream and butter for something like a maple pudding, there's nothing else like it."