Accessibility links
Woolly Mammoths' Taste For Flowers May Have Been Their Undoing : The Salt New research shows a big part of the woolly mammoth's diet was made up of tiny flowers rather than grass. When the flowers disappeared, the mammoths did, too. 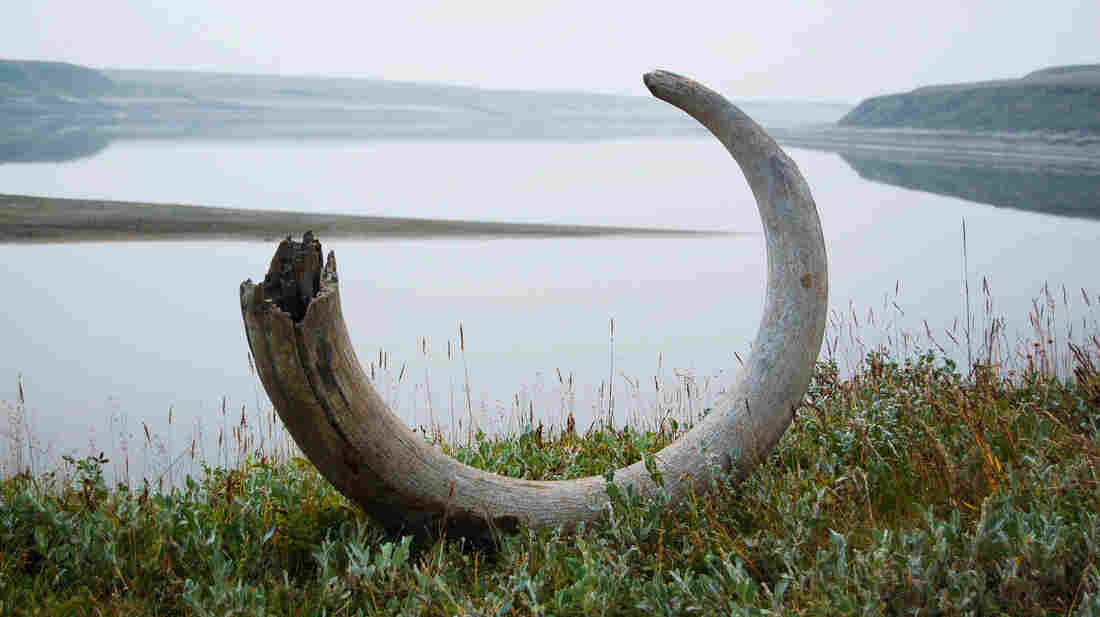 Woolly mammoths depended on tiny flowering plants for protein. Did the decline of the flowers cause their extinction? Per Möller/Johanna Anjar hide caption 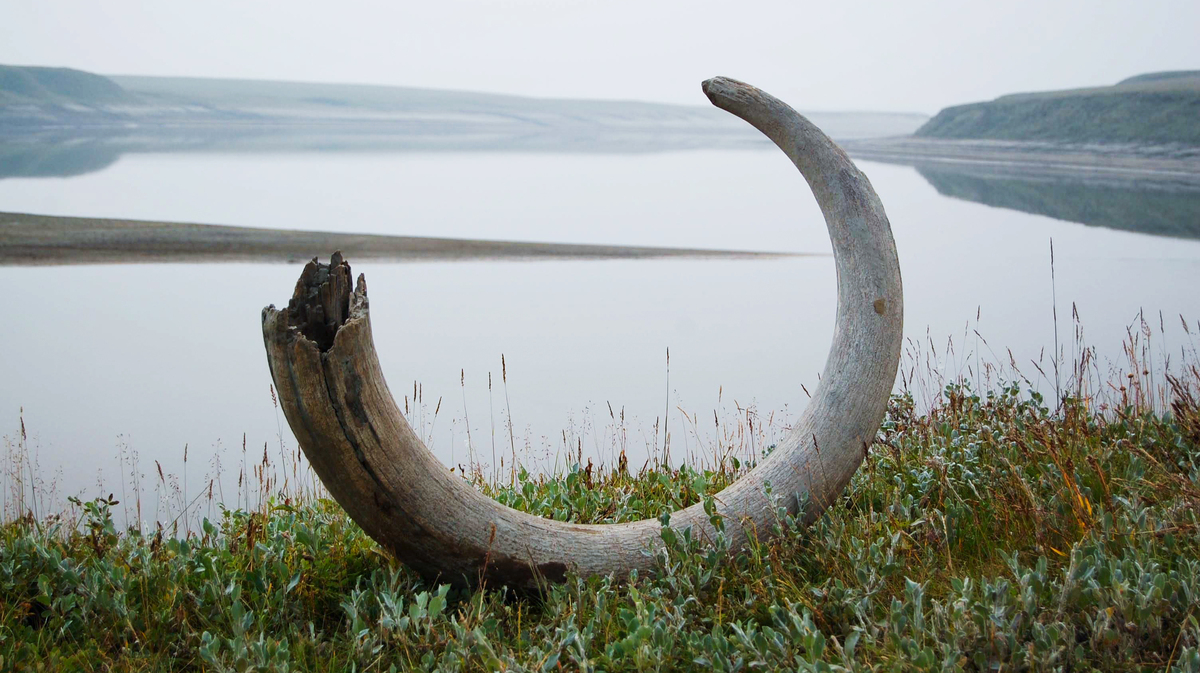 Woolly mammoths depended on tiny flowering plants for protein. Did the decline of the flowers cause their extinction?

They were some of the largest, hairiest animals ever to walk the Earth, but new research shows a big part of the woolly mammoth's diet was made up of tiny flowers.

The work is based on DNA analysis of frozen arctic soil and mammoth poop. It suggests that these early vegans depended on the flowers as a vital source of protein. And when the flowers disappeared after the last ice age, so too did the mammoths that ate them.

Fifty-thousand years ago, the present-day arctic tundra was a vast grassland through which mammoths, woolly rhinos, reindeer and even lions roamed.

Most researchers thought the mammoths and other giants fed mainly on the grass. But Eske Willerslev, a researcher at the University of Copenhagen, wanted to check. Willerslev specializes in analyzing ancient DNA, much of which he finds in frozen Arctic soil. "It's the perfect environment for conducting this type of study," he says.

He and his collaborators took hundreds of frozen soil samples from modern-day Alaska and Siberia. The group analyzed the DNA from dead plants frozen in the soil. And they found that the Arctic wasn't just grassland. There was another class of plants growing at the time. Known as "forbs," they had flowers, and looked something like dandelions or buttercups. The little plants were everywhere.

"I'm pretty sure it would have been a beautiful landscape because of all these flowering plants," Willerslev says.

But were these flowers on the mammoth menu? To find out, Willerslev also analyzed poop from frozen woolly mammoths and rhinos found in Siberia. He looked at DNA in the feces.

"To our surprise it turned out that the dominant source food that these animals were eating were in fact the flowering plants and not so much the grasses that everyone thought was so important," he says.

In fact, Willerslev thinks the beasts needed the flowers to survive. That's why, when the flowers disappeared around 25,000 years ago, the mammoths and rhinos disappeared, too. "The vegetation change could have most likely been pretty devastating," he says.

But not everyone sees the relationship between disappearing flowers and disappearing mammoths the way he does. Daniel Fisher, a paleontologist at the University of Michigan, says the new work, published in the journal Nature, does show that both vanished around the same time. But he also studies mammoth poop. And it makes great fertilizer. So maybe it was the other way around: the flowers needed the mammoths' poop to grow, so when the mammoths started to disappear ...