Accessibility links
Witness The Birth Of A McDonald's Chicken McNugget : The Salt Allegations of mystery meat have long dodged the fast-food giant's crispy chunks of chicken. Now, McDonald's Canada is taking a viral approach to dispelling the rumors with a video that reveals exactly how its McNuggets are made.

Oh, So That's What Goes Into A McDonald's Chicken McNugget

Oh, So That's What Goes Into A McDonald's Chicken McNugget 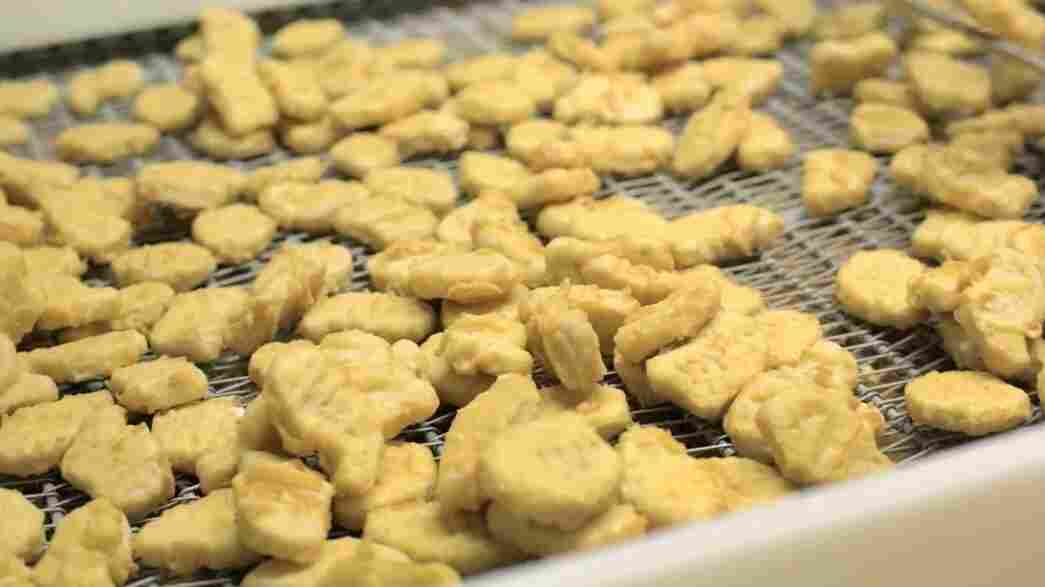 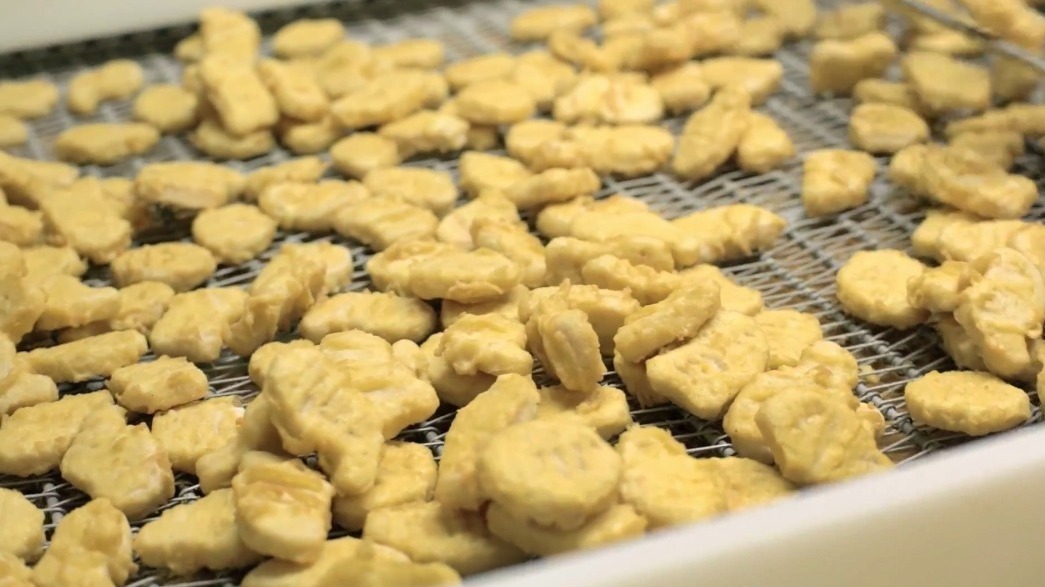 McDonald's new video answers that age-old question: What are McNuggets actually made of?

Was Your Chicken Nugget Made In China? It'll Soon Be Hard To Know

A fried, battered coating can hide a multitude of sins. (Everything tastes yummy when deep-fried, amiright?) So it's not surprising, really, that allegations of "mystery meat" have dogged McDonald's famous chicken McNuggets on and off for years.

Now, the company is taking a viral approach to dispelling the rumors — particularly, the urban myth that its crispy chunks of chicken are really made of this pink goop. In a new video, McDonald's Canada takes a film crew behind the scenes to witness the birth of a McNugget.

We viewers go inside the Cargill plant in Ontario that makes the nuggets and see that — spoiler alert! — the process does indeed start with real chicken carcasses. The breast meat is removed, then put through a grinder, where it's mixed with chicken skin and seasoning.

Then, it's shaped into McNuggets, which apparently come in four distinct patterns — the bell, the ball, the bow tie and the boot. (Am I the only one who never noticed this?)

Finally, those little lumps of chicken get their crunchy coats on — they are battered not once but twice and par-fried for shipment to franchisees. Not exactly health food, but not this, either.

For the record, a six-piece serving of McNuggets contains 280 calories and 18 grams of fat — or about a quarter of the maximum amount of fat you should be eating as part of a 2,000-calorie-a-day diet, according to this handy guide from the Mayo Clinic. (Although, apparently, eating roughly 1,000 McNuggets during the 2008 Beijing Olympics didn't stop lightning-fast runner Usain Bolt from bringing home three gold medals.)

It's easy to see why McDonald's felt the need to lift the veil on McNugget genesis. Just last fall, a very small study published in the American Journal of Medicine found that nuggets sold by some fast-food chains barely deserved to be called chicken.

As I reported last year, the nuggets examined were only 50 percent meat at best. The rest consisted of decidedly unappetizing stuff, including fat, blood vessels, nerves and ground bones. And while the researchers declined to name the fast-food chains from which they had purchased their samples, some consumers were ready to give the side-eye to McD's (which, as we noted at the time, states on its website that its McNuggets are made of white meat.)

McDonald's isn't the only big name in chicken defending the reputation of the nugget. The National Chicken Council has had this FAQ on facts and myths about chicken nuggets up for over a year.

Update: We were curious whether things are any different when it comes to making McNuggets for the U.S. market. So we asked McDonald's USA. According to company public relations manager Christina Taylor, the video "depicts the same process we use with our U.S. suppliers."