Accessibility links
Food Industry Groups Say They'll Label GMOs, On Their Terms : The Salt In an open acknowledgement that many consumers are annoyed that GMO ingredients aren't labeled, a coalition announced Thursday that it does support labeling. But it wants a federal standard to be voluntary, and it wants to keep states from passing any more mandatory labeling measures. 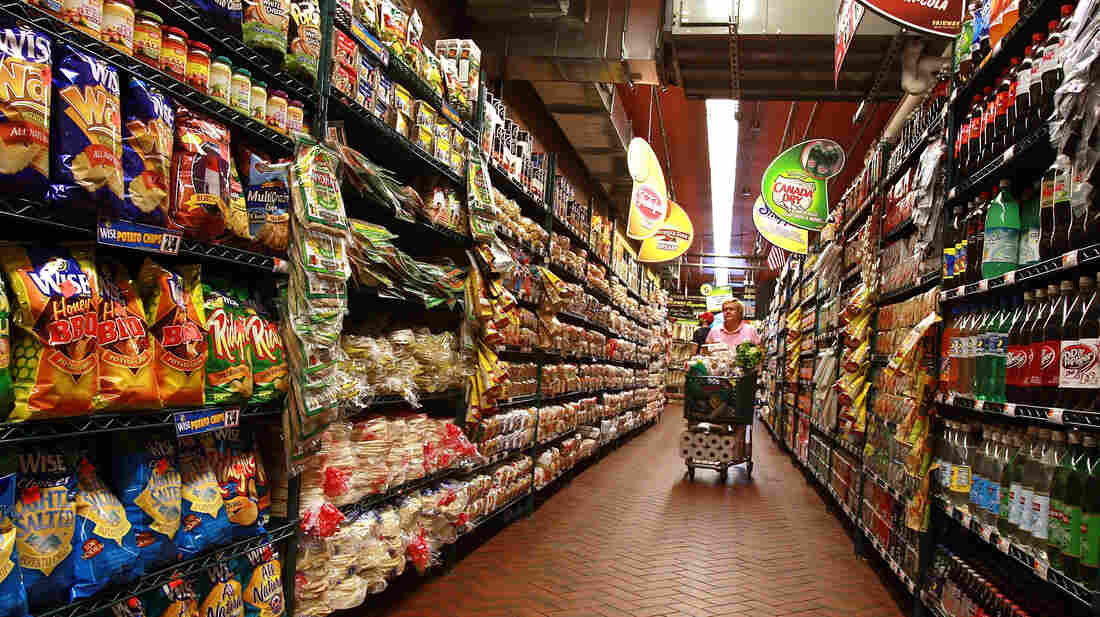 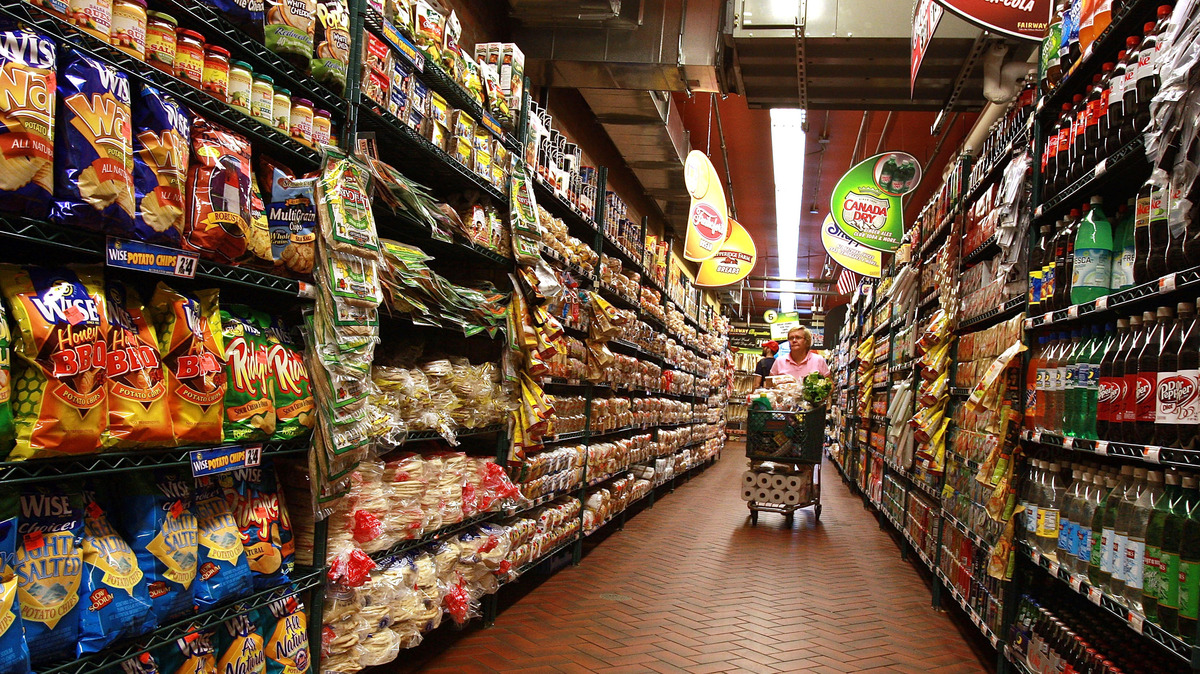 A woman shops at a supermarket in New York City.

Remember those ballot initiatives in California and Washington that aimed to get food companies to label products containing genetically modified ingredients?

They failed, in 2012 and 2013, respectively, thanks in part to the tens of millions of dollars lavished by the Grocery Manufacturers Association and other food industry groups on campaigns to convince consumers that labeling would make their food more expensive.

Even though the food industry won those battles, it's not exactly eager to rehash them elsewhere. So now the GMA — along with a new coalition of 28 groups representing farmers, seed companies and other food producers who rely heavily on GMO ingredients — is changing its tune a bit.

In an open acknowledgement that many consumers are annoyed that GMO ingredients aren't labeled, a coalition announced Thursday that it supports labeling — sort of.

"The [Food and Drug Association] up to now has said that GMOs are safe, but we also recognize that some consumers want more information and companies might want to include GMO information, so we are asking the FDA to outline labeling standards companies can use voluntarily," Pamela Bailey, president and CEO of the Grocery Manufacturers Association, told reporters in a teleconference Thursday.

The move represents the industry's attempt to try to pre-empt any future state ballot initiatives, which could turn as messy and costly as what played out in California and Washington. And the coalition admitted as much.

"The results of the enormous misinformation put out there, particularly in California and Washington, really compelled us and 28 other groups to step forward and say, 'Enough is enough. We need some help,' " Chuck Connor, president of the National Council of Farm Cooperatives, another group in the coalition, said during the teleconference.

"Help" as defined by the groups is not only a voluntary federal labeling standard, but also a bill that would bar all states from trying to mandate labels at all. In other words, the industry groups would like to crush any possibility of mandatory labels and instead create a more relaxed system in which companies that want to label can, and companies that don't will never have to. (You can check out the discussion draft of GMA's proposed bill, which was leaked to Politico in January.)

The voluntary federal standard that the industry groups are proposing has been in the works for several months. And they say they've been building support in Congress for it, though they wouldn't divulge any details on when such a bill might be introduced.

The coalition is also proposing that before new GMO products go on the market, companies be required to submit safety data to be reviewed and approved by the FDA. Currently, that practice is optional, and thus, critics say, relatively useless from a consumer perspective.

As for the significance of the industry's proposal of a voluntary federal standard for labeling, Jason Rano, director of government affairs at the Environmental Working Group, says it won't do much to combat consumer confusion around GMOs, which is the core issue at stake.

"What we really need is for FDA to require labeling of genetically engineered food and ingredients, so that consumers can understand the universe and make informed choices. We need to provide consumers with the information we know they crave," Rano tells The Salt. "This does not do that. It maintains the current status quo of a voluntary system that hasn't worked."

As for the proposal to make the pre-market review of safety data on GMO products mandatory, Rano is similarly unimpressed. Even if companies have to submit such data, he notes, this extra layer of regulation is less important than a label that clearly tells consumers what's in the product. "So it doesn't make a big difference," he says.

Rano says he hopes that in the absence of a federal labeling requirement, state initiatives and bills pushing mandatory labeling will continue to move forward.

The industry meanwhile, maintains its long-standing position that it would be crippled by costs if states do continue to pass labeling laws one by one. (So far, Maine and Connecticut have passed bills. But neither bill will take effect unless other states pass similar measures, too.)

According to Ray Gaesser, president of the American Soybean Association, his members would see a 15 to 30 percent increase in costs to grow, keep track, store and deliver product that had to be labeled and meet different standards in different states.

Gaesser said a mandatory federal standard would be far easier for producers to adhere to than a patchwork set of regulations concocted by individual states.