Accessibility links
For Lower-Income Students, Snow Days Can Be Hungry Days : The Salt When bad weather shuts down school or delays its openings, it locks out many needy kids from a key source of nutrition. Some 70 percent of U.S. schoolchildren who eat school lunches get them for free or at reduced prices.

For Lower-Income Students, Snow Days Can Be Hungry Days

For Lower-Income Students, Snow Days Can Be Hungry Days 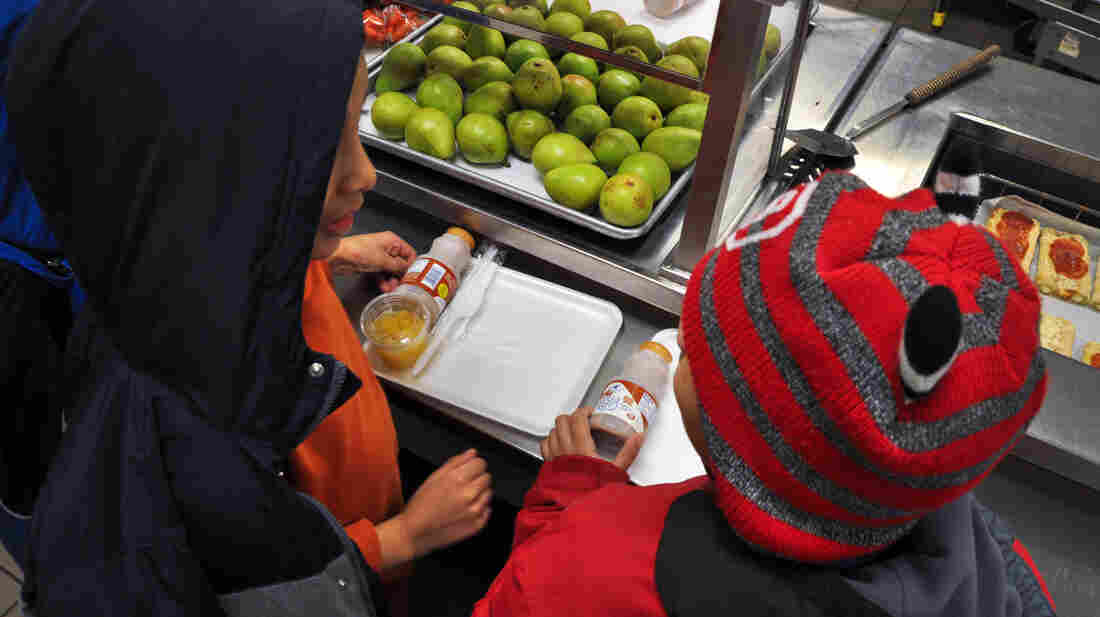 When schools close for bad weather, some kids miss out on much-needed nutritious meals. "It's hard to be a hungry person, and it gets harder when the weather is like this," Nancy Roman, president of the Capital Area Food Bank in Washington, D.C., says of severe cold and snow. Jessica Glazer/NPR hide caption 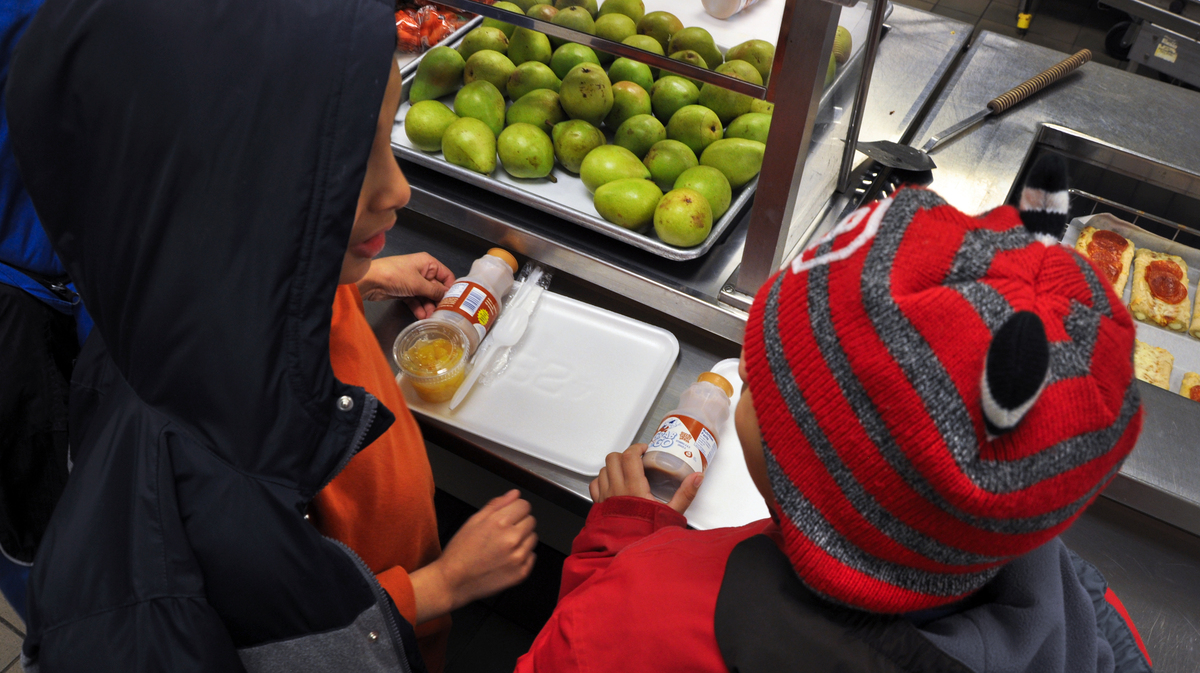 When schools close for bad weather, some kids miss out on much-needed nutritious meals. "It's hard to be a hungry person, and it gets harder when the weather is like this," Nancy Roman, president of the Capital Area Food Bank in Washington, D.C., says of severe cold and snow.

For many Americans it's been a harsh, disruptive winter, from the country's Northern edges to the Deep South.

When cold snaps and blizzards shutter schools, kids miss more than their daily lessons. Some miss out on the day's nutritious meal as well.

This recently became apparent to school administrators in rural Iowa, where extreme cold delayed openings two days in a row at Laurens-Marathon Community School, where 59 percent of students who eat school lunch qualify for free or reduced-price meals.

On the first day, some students arrived on empty stomachs because parents thought breakfast would still be served that day.

"Two students were found in our lunchroom waiting to be fed," says Meredith Allen, a teacher at the school. "Several co-workers had stockpiles of food," but it wasn't enough.

On the second day, after the standard text alert about the delay went out, a second alert followed. This one clarified that breakfast would not be served. During late-start mornings, the school nurse often sees quite a few kids with hunger-related stomachaches, says Allen.

Last year, more than 21 million children nationwide ate free or reduced-price lunches, according to data from the USDA's Food and Nutrition Service. That's 70 percent of the total students who ate school lunches, not counting those who brought meals from home. In the same year, more than 23 million households received SNAP benefits, known as food stamps.

"The sad reality is that some kids don't have access to food if their nutritious meals come from school and they are unable to go to school," says Nancy Roman, head of the Capital Area Food Bank in Washington, D.C.

The food bank offers multiple services for children and families, such as a weekend grocery program.

On an individual level, when forecasts predict bad weather, families who are food insecure do what everyone does: They stock up on items ahead of time. But when you're working with limited resources, this may not be much of an option. If the closure comes toward the end of the month, many lower-income families have run low on benefits by that point. Sometimes, parents skip meals so their children can eat. And not eating breakfast is known to affect student achievement and behavior, such as tardiness, acting out and attention in class.

After weather-related closures, when some kids haven't gotten the chance to eat proper meals, one Maryland school often sees higher participation in breakfast the day class resumes. Following a recent closure at Rolling Terrace Elementary School in Takoma Park, Md. — where 68 percent of students who eat lunch qualify for free or reduced-price meals — principal Jennifer Connors told The Salt that kids pushed through the line more than usual.

Each community rallies around its hungry in different ways. In some places, food banks, soup kitchens and YMCAs pick up the slack, providing hot meals or groceries. In rural regions with fewer food banks, churches or the local Boys & Girls Club of America might step in.

Some school districts partner with local nonprofits to feed kids during weekends, as well. The Manna Food Center in Maryland runs a program to help feed kids over the weekend. Every Friday, the Smart Sacks program sends more than 2,000 kids home with a 1-pound pack of healthful food.

Manna's executive director, Jackie DeCarlo, says it's meant to feed not just the kids but to help out their families, too. The packs include healthful items, such as low-sodium canned vegetables, blueberries in water, brown rice, tuna and "a granola bar for a little bit of a sweet treat," she said.

In addition to snow days, summer also leaves students hungry. As The Washington Post has reported, one program in Tennessee retrofitted a bus carrying sack lunches and delivered free meals to kids in impoverished areas.

In Vermont, when extreme cold recently shut down schools, Kathy Alexander, director of the ANESU Food Cooperative, worried about the area's hungrier students.

"We definitely hear of kids who tell us they don't have food," says Alexander. "We hear that a lot, to be honest with you."

When schools close because of extreme cold, especially in areas where many families struggle to pay for heat as well, Alexander wonders whether closing schools is the best way to go.

"It seems to me the best place to be is in school," she says. "At least we can get the kids a hot meal."