Accessibility links
Sexually Transmitted Food Poisoning? A Fish Toxin Could Be To Blame : The Salt Tropical fish, like red snapper and grouper, can accumulate one of the most poisonous toxins on Earth. People who eat those fish could get ciguatera, an illness with strange neurological effects, such as painful intercourse. And doctors say there's a chance it spreads through sex. 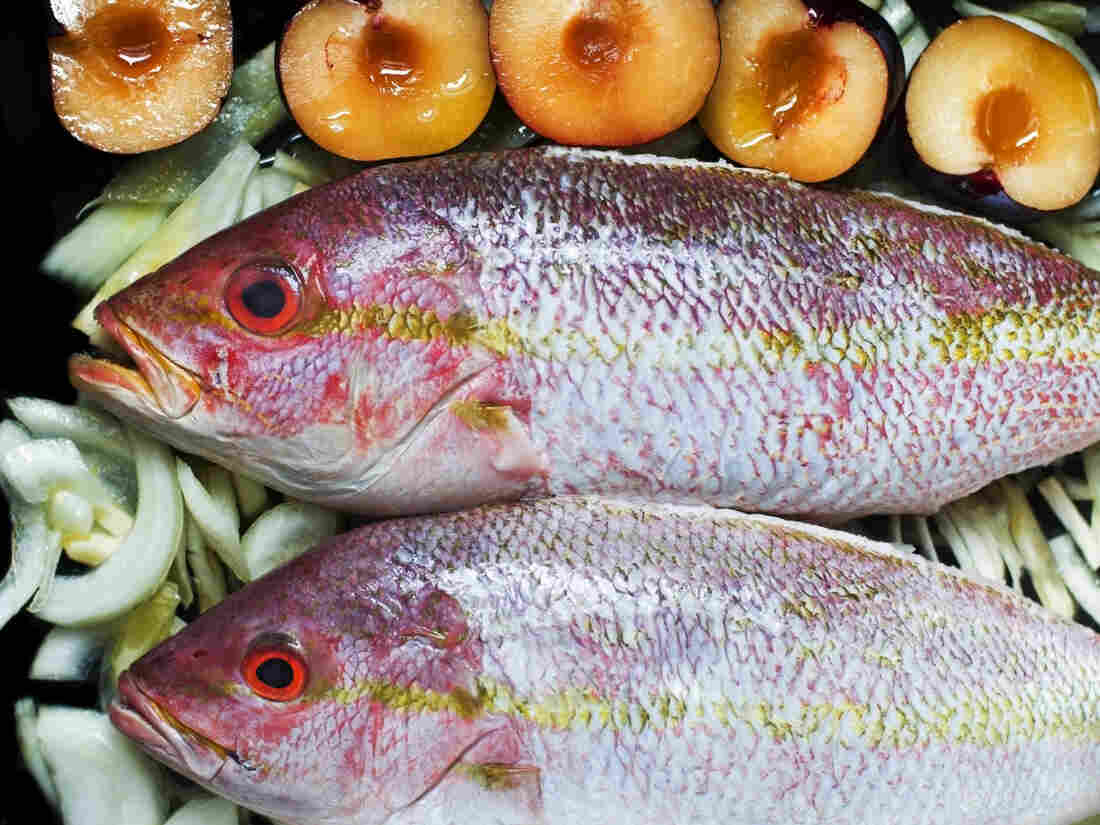 Beware of the big guys: Red snappers from tropical waters sometimes accumulate high levels of the toxin that causes ciguatera. Go for the smaller fish to avoid it. Kamel Adjenef/iStockphoto hide caption 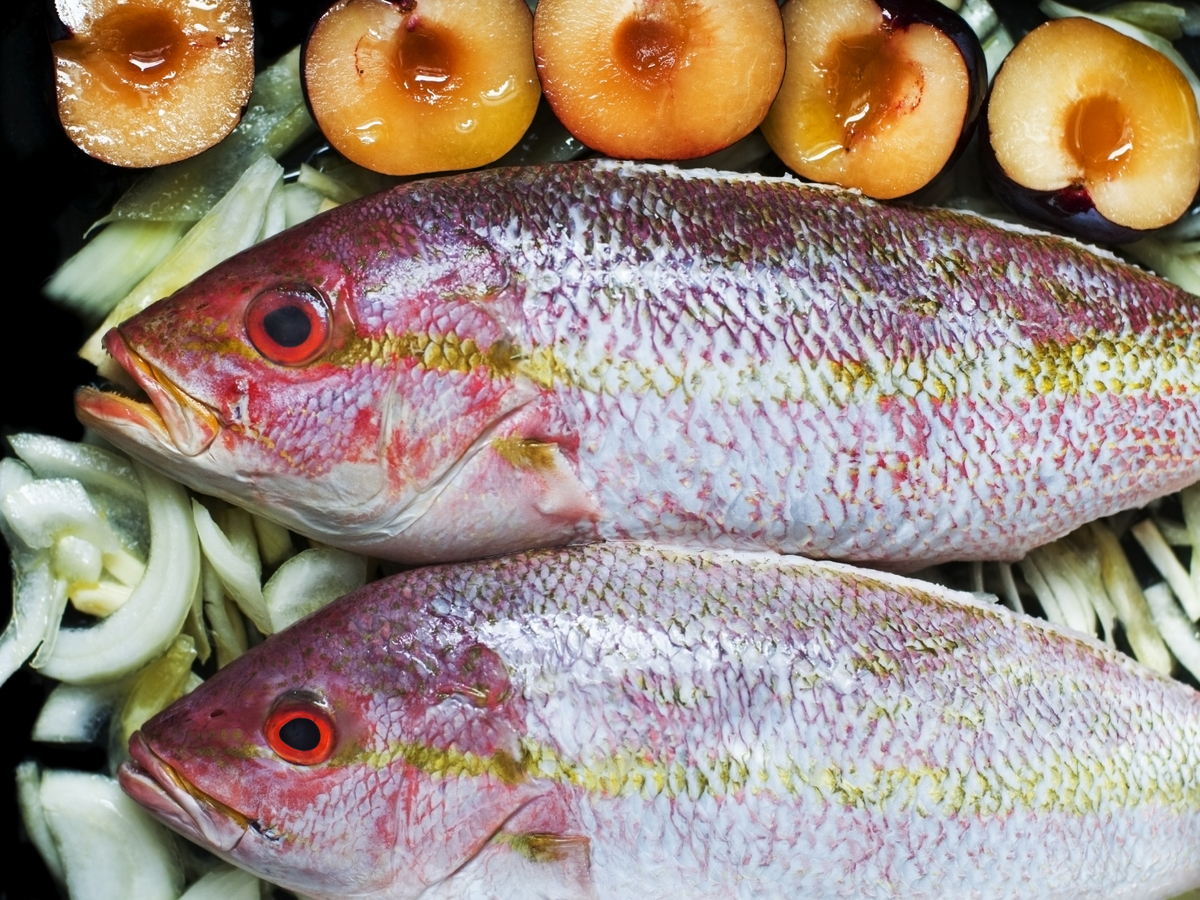 Beware of the big guys: Red snappers from tropical waters sometimes accumulate high levels of the toxin that causes ciguatera. Go for the smaller fish to avoid it.

Twenty-five years ago, two pals went out for a seafood dinner while vacationing in the Bahamas. What could be better than some fresh grouper steaks and a night on the town without the wives?

A few hours after dinner, the men started having stomach pains and diarrhea. Their legs began to tingle and burn. And their sense of temperature went haywire: Ice felt hot while fire felt cool. 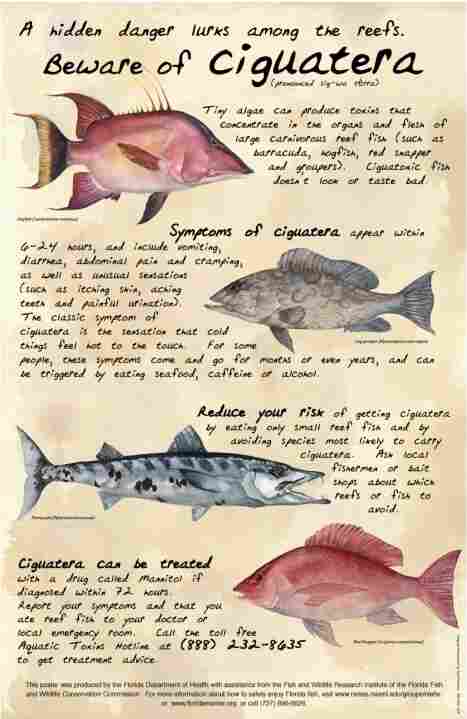 Four most wanted: A poster from Florida's Department of Health warns about the dangers of ciguatera in some tropical fish. W.B. Stephan MPH, Health Educator, FPIC-M/Marine Drugs hide caption 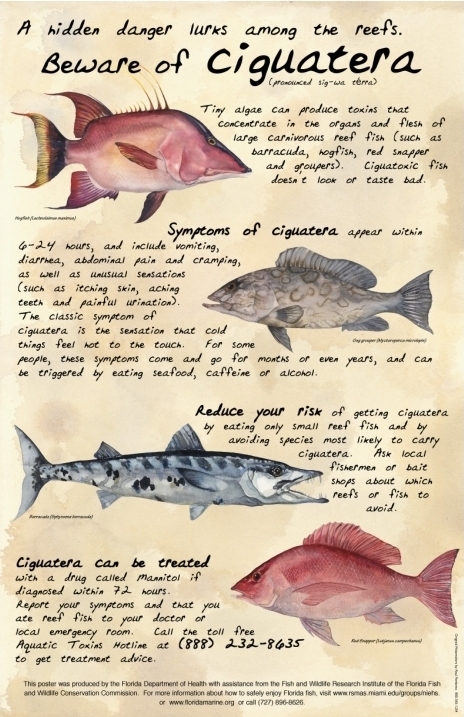 Four most wanted: A poster from Florida's Department of Health warns about the dangers of ciguatera in some tropical fish.

All the while, their wives were completely fine — until they had sex with their hubbies.

The men had ingested a potent fish toxin, a team of doctors wrote at the time in the journal Clinical Toxicology. And they had passed the poison along to their wives through their semen, the doctors hypothesized. For several weeks, the women had terrible pain and burning in their pelvis.

With fish now imported to the U.S. from all over the world, the toxin has since appeared outside its endemic tropical regions — in Vermont, North Carolina and New York. Some researchers are now worrying that warming seas could make the poison even more common.

The toxin causes the strange foodborne illness, known as ciguatera fish poisoning. The molecules open little holes in nerves, triggering an array of crazy symptoms: reversal of how you experience temperature, vertigo and the sensation that your teeth are falling out.

"Patients find the symptoms of ciguatera so strange," says neuropsychologist Melissa Friedman, who treats patients for the toxin at Mount Sinai Medical Center in Miami. "I have heard people say they wake up and step on a cold floor and have a burning or uncomfortable sensation."

And then there's dyspareunia, otherwise known as painful sex.

This symptom isn't commonly reported, possibly because "it's information people don't normally volunteer to their doctors," Friedman tells The Salt.

But since the two men in the Bahamas first reported a link between dyspareunia and ciguatera in 1989, a few others have also had the unfortunate symptom. For instance, six of nine people who got the fish poisoning from eating amberjack in North Carolina in 2007 complained of painful intercourse, the Centers for Disease Control and Prevention reported. (The Bahamas cases, so far, have been the only ones in which sexual transmission was suspected.)

The toxin can also cause hallucinations or "giddiness," Friedman says, if the fish came from the Pacific or Indian Oceans.

Although ciguatera is new to most people, poisonings are fairly common in tropical and subtropical regions, Friedman says. "In South Florida, ciguatera is considered endemic. It's not foreign to our emergency rooms here." (The CDC says it gets reports of about 30 cases of poisoning by marine toxins, including ciguatera, each year in the U.S.)

The ciguatoxin is produced by a single-celled protozoan that sticks to algae on tropical reefs. The poison then moves up the food chain and eventually accumulates in large, predator fish, such as red snapper, grouper, amberjack and barracuda — species that also happen to be quite tasty.

There's no cure for the poisoning. One treatment can reduce the symptoms, but it must be given within three days of ingestion. Otherwise, just a few bites from an infected filet, and you may be stuck with the strange neurological problems — and a restrained sex life — for a few weeks, Friedman says.

So what can you do avoid this nasty toxin?

Don't order the red snapper or grouper caught in areas associated with ciguatera outbreaks, she recommends. "You can't detect the toxin by smell or sight. So you really don't know when you're eating it."

Plus, you can't cook, clean or freeze the toxin away from the fish. "That's what's so frustrating about the illness," she says. "It doesn't occur because of improper cooking, storing or fish handling."

And when you do eat fin fish that hang around coral reefs, Friedman says, go for the smaller ones, less than about 3 pounds. Or eat a limited portion.

"If you think you have ciguatera fish poisoning, try to save a piece of the fish," she adds. "Then you can send it into the Food and Drug Administration for testing."

At least then you might have a better chance of finding out if your dinner is to blame for an unwelcome interruption of your sex life.