Accessibility links
For The Love Of Oysters: How A Kiss From The Sea Evokes Passion : The Salt Scientists have made some attempts to link mollusks to increased libido. There's even evidence that consuming heavy doses of an amino acid found in oysters can increase sperm count – in rabbits. But do any of these findings actually prove that oysters can — ahem — amp up arousal? Not so much. 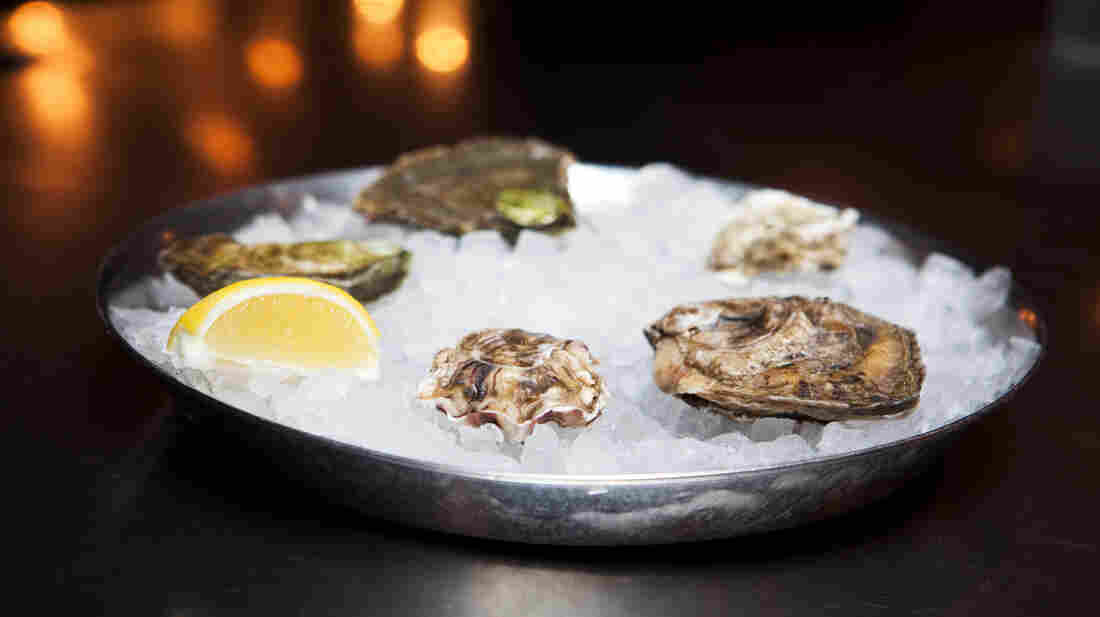 The stories linking oysters and other shellfish to lust go back to at least the ancient Greeks. Maggie Starbard/NPR hide caption

Question: Which of these foods are said to stir passion? An oyster, and avocado or a turnip? (Scroll down to the bottom for the answer.)

One of these, at least, is a gimme. The stories linking oysters and other shellfish to lust go back to at least the ancient Greeks.

Think of the image of Aphrodite, the goddess of love, rising out of the sea from the half-shell.

"There's something primal about eating oysters," says oyster-lover MJ Gimbar. He describes them as creamy and velvety. "It's like a kiss from the ocean." 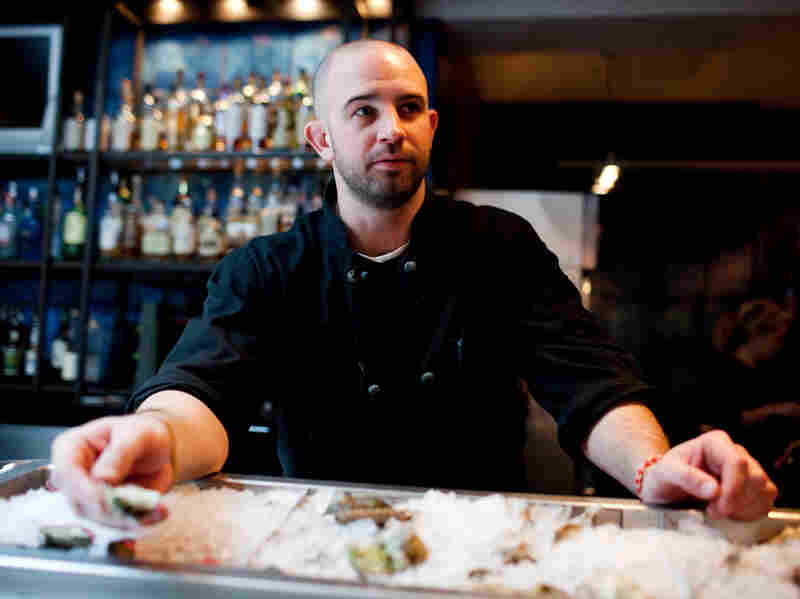 It's a good thing his passions run so deep, because part of his job as fishmonger for the Washington, D.C-region's Black Restaurant Group is to introduce newbies to the experience of oysters.

His trick: Offer up a big range of tastes. As he describes in his blog The Edible Ocean, not all oysters are salty.

During a tasting, he serves up a Kumamoto Oyster, which is sweet, almost melon-like.

Increasingly, fishmongers play up the equivalent of a wine terroir. "The water [where the oysters are grown] and the species all make a difference" to the taste, Gimbar says.

Now, when it comes to evoking an aphrodisiac effect? Well, if you talk to oyster-lovers like Gimbar, all oysters seem to have the potential.

"Isn't it the zinc?" diners have asked Gimbar. Well, maybe. Oysters do contain zinc. And scientists have found a link between zinc and testosterone levels.

But this is a long way from proving that eating a plate-full can stir carnal lust.

In recent years, scientists have been studying the amino acids in mollusks, including oysters. 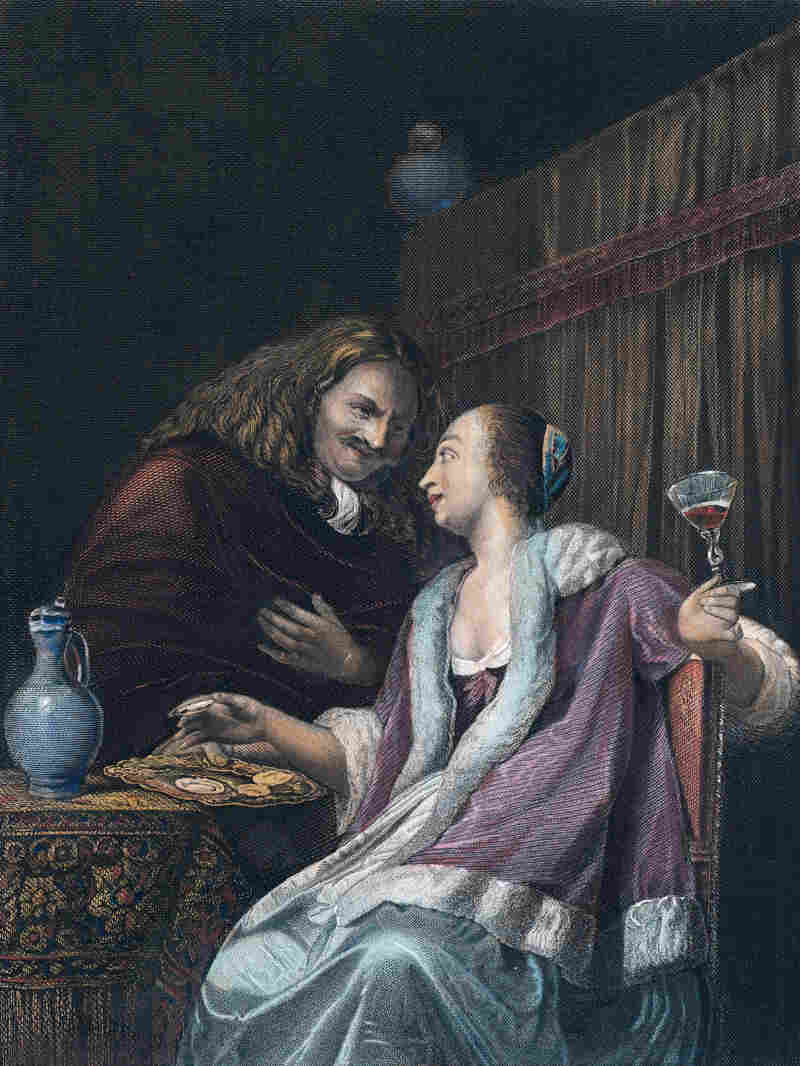 One paper published a few years ago in the journal Animal Reproductive Science documented a link between high levels of the amino acid D-Aspartic acid and improved sperm count — in rabbits.

Now, it's not clear how much of this amino acid we're getting when we eat a plate of oysters. And the extent to which this could be true in humans begs a lot more scientific investigation.

But it's intriguing that, centuries after the Greeks made the love connection, scientists are still trying to pin down whether there's something to it.

Culinary historian Kathleen Wall of the Plimoth Plantation in Massachusetts has a different theory as to why the stories connecting love and oysters have amplified over time.

"It's perception," Wall says. "What people think about food has an effect on the body. It's the placebo effect." The stories we tell ourselves become true, she says.

She points to 17th-century Dutch paintings where scattered oyster shells are a common symbol of lust.

And how about the women who sold oysters in Colonial America? "Oyster wenches were thought to be a little loose because they were so stirred up by the proximity [to the] oysters," Wall says.

"We haven't let go of these [associations]," Wall says. And over time, they've only become stronger.

Whether it's love or lust, oysters carry their past with them.

And, oh, I won't leave you in the lurch re: the avocado and the turnip. Turns out, they've all been said to stir up, well you know, desire.

So if oysters are not in your Valentine's Day budget, hey, maybe look to that root vegetable for an affordable alternative.

How To Shuck An Oyster