Accessibility links
Americans Want Antibiotic-Free Chicken, And The Industry Is Listening : The Salt Chick-fil-A's plan to ditch antibiotics in its birds is part of a small but growing trend. Driving the growth is concern about the risks associated with routine use of antibiotics in farm animals. 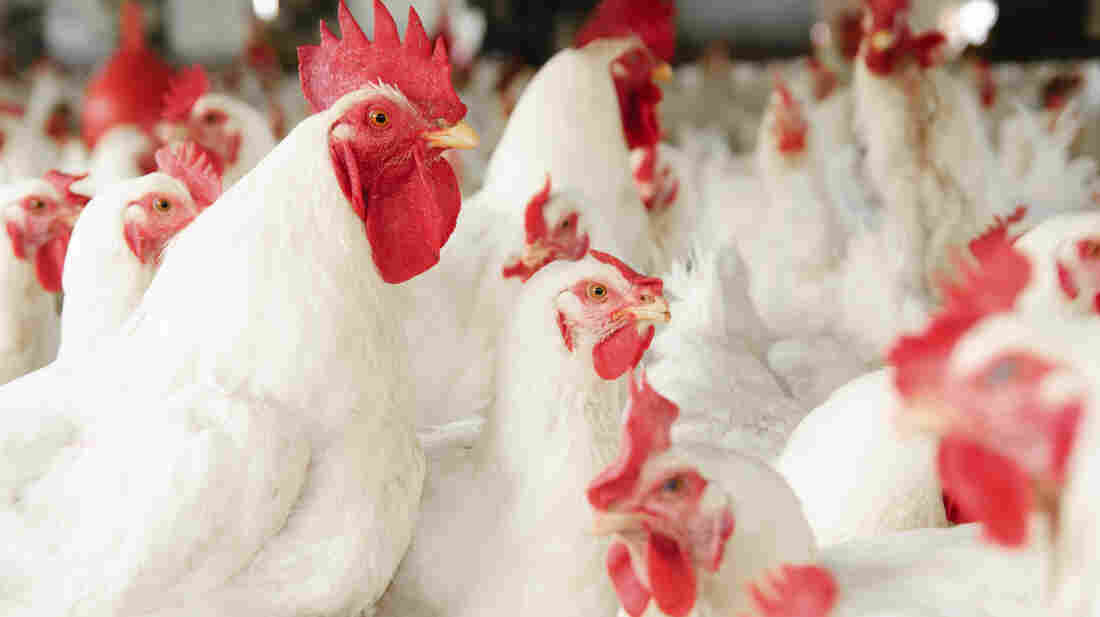 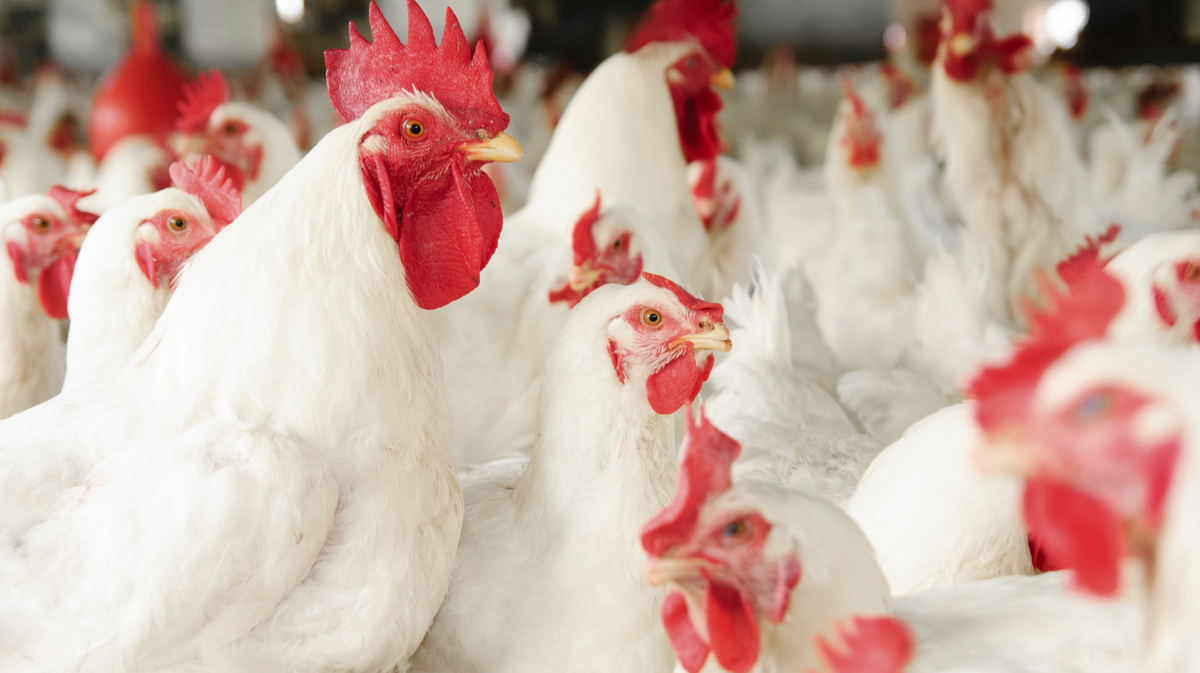 Do these chickens look medicated?

In an age when consumers want transparency in how their food is produced, meat producers are under the microscope.

And the meat industry is responding: Antibiotic-free chicken is showing up everywhere you look.

Industry leviathans Perdue Farms and Tyson Foods have both come out with their own antibiotic-free brands of chicken — something that might have seemed practically unthinkable several years back. In fact, this week Perdue is launching its first consumer advertising campaign for the Harvestland product line, which the company says is the nation's leading antibiotic-free brand of chicken. The ads urge shoppers to "eat like our ancestors." 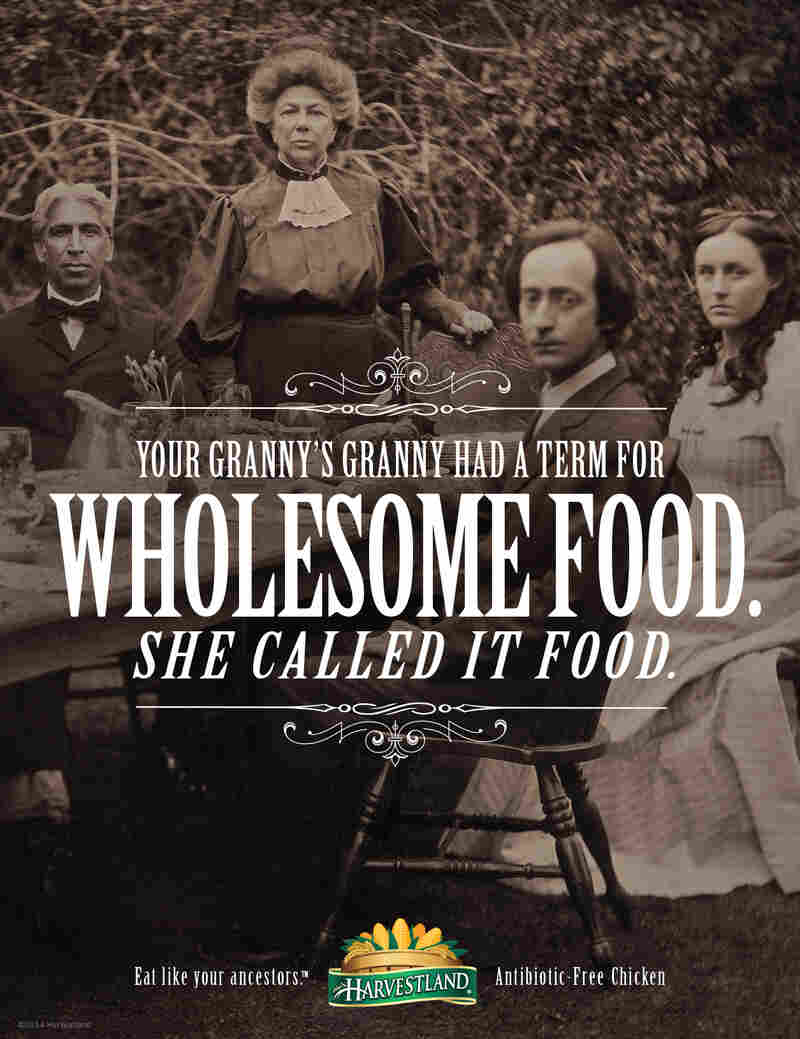 Perdue's new ad campaign for its Harvestland brand of antibiotic-free chicken urges consumers to "eat like our ancestors." Courtesy of Harvestland hide caption 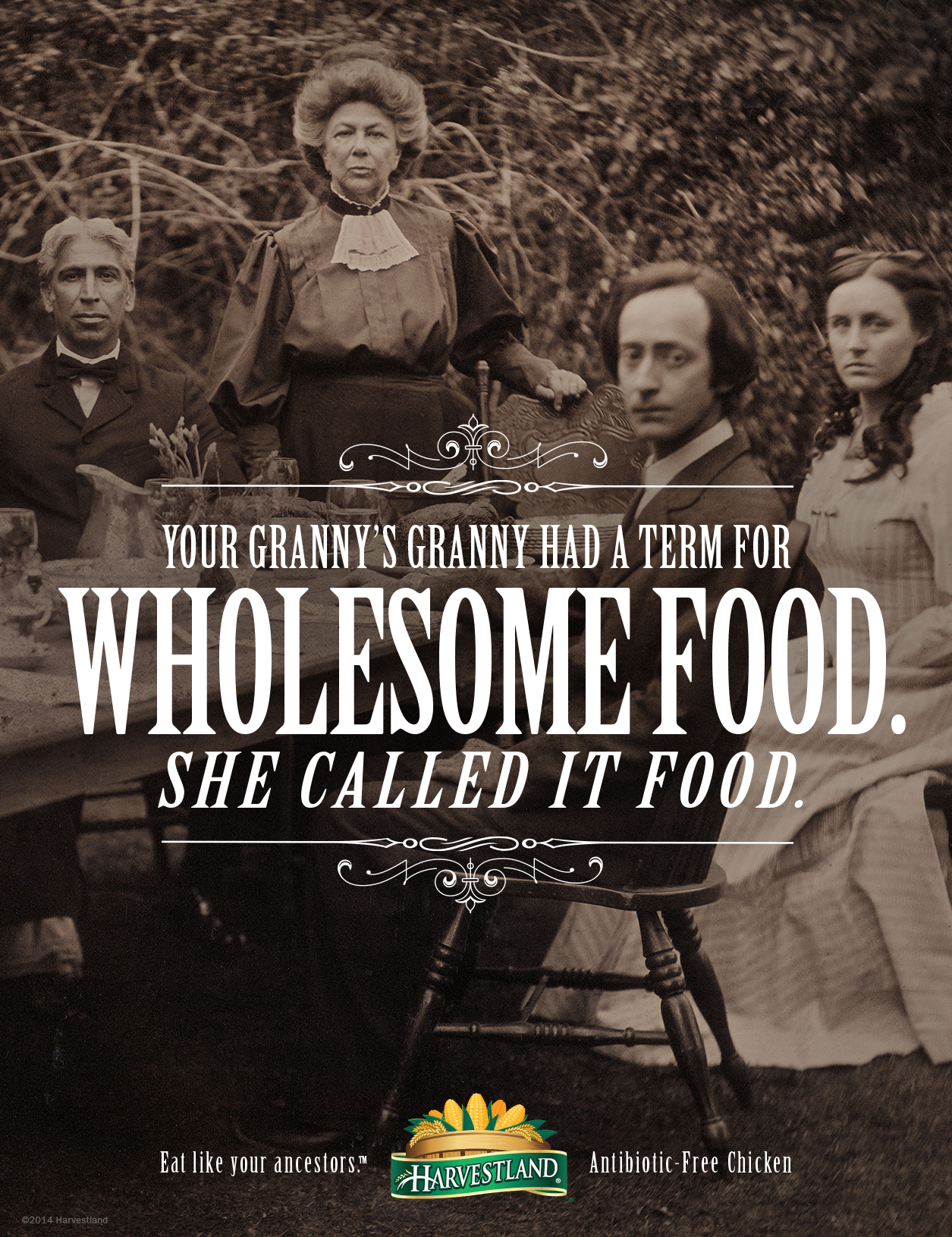 Perdue's new ad campaign for its Harvestland brand of antibiotic-free chicken urges consumers to "eat like our ancestors."

On a recent reporting trip to eastern North Carolina, my colleague Dan Charles found that all of the contract growers for Perdue in the region were already raising chickens without antibiotics.

The wave of naturalness is also hitting restaurants. Just last week, chicken-and-waffle-fry purveyor Chick-fil-A announced it will completely phase out the use of chickens raised with antibiotics within five years. With some 1,800 retail outlets nationwide, the restaurant bills itself as the country' s largest chicken chain by domestic sales volume, which makes Chick-fil-A's decision big news in the industry.

"The Chick-fil-A move does signal an important market change in responding to what consumers have been demanding for some time — that we stop feeding healthy animals daily antibiotics," says Urvashi Rangan, director of the food safety and sustainability group at Consumer Reports.

Indeed, while antibiotic-free chicken is still a relatively small fraction of the market — accounting for about 9 percent of the $9 billion to $10 billion spent on fresh chicken in 2013 — it's a "fast-growing sector," says Joe Kolano with IRI/FreshLook, which tracks retail sales of perishable groceries.

Driving that growth is concern about the risks associated with routine use of antibiotics in farm animals, says Bob Martin, director of food systems at the Center for Sustainable Living at Johns Hopkins.

As we've reported in our series Pharmed Food, use of antibiotics in livestock, especially in the low doses given for growth promotion, could lead to more antibiotic-resistant bacteria in animals and, eventually, in people too. Last fall, the Food and Drug Administration released long-awaited voluntary guidelines that are intended to end the use of medically important antibiotics to fuel growth or improve feed efficiency within three years.

"It's easier to make the switch" away from antibiotics with chickens, Martin notes, because the animals have a relatively short life cycle: A broiler can reach market weight in less than two months, while hogs and cattle take a lot longer.

"I think it is good for public health that the industry is switching from antibiotic use," Martin says, "because we consume a lot more chicken than any other meat."

One of the challenges of raising chickens free of antibiotics comes while the birds are still just eggs at the hatchery. As Tom Philpott reported recently for Mother Jones, eggs that will go on to become broiler birds (the kind raised for their meat) are routinely injected with a small dose of the antibiotic gentamicin before getting vaccinated against a common, deadly herpes virus that attacks chickens. The idea is that the antibiotic sterilizes the vaccination site. And guess what? Under USDA rules, even eggs that will go on to be sold as organic chickens can receive this dose of antibiotics on their first day of life.

That's one reason why "it takes more effort than people realize" to raise broiler birds completely free of antibiotics, Perdue spokeswoman Julie DeYoung tells The Salt. Over the past five years, she says, Perdue has converted about 80 percent of its hatcheries to be completely antibiotic free.

In another year or so, all of Perdue's hatcheries will be antibiotics-free, DeYoung says. While most of those birds will go on to be sold as conventional chicken — they will receive antibiotics if a flock is sick or at risk — they will at least start off antibiotic-free, she says.

Antibiotic-Free Meat Business Is Booming, Thanks To Chipotle

Of course, raising birds without antibiotics doesn't address all of the issues that critics raise with industrial chicken production. For instance, Consumer Reports' Rangan notes, it doesn't necessarily mean that chickens will be kept in cleaner or roomier houses. Those are the kinds of changes, Rangan says, that are needed to help animals lead healthier lives so that "less of them get sick who then need to be treated with drugs."

When Chipotle Mexican Grill went antibiotic-free more than a decade ago, it also required its suppliers to meet what it calls humane housing standards for chickens. Chick-fil-A doesn't plan to do that with its suppliers. Even so, Chipotle spokesman Chris Arnold welcomed the competition.

"It's great to see other people getting into this game, even if they aren't going as far as we do," Arnold tells us. "The more people are raising the bar, the more the food chain will shift, and the more consumers will become knowledgeable about issues surrounding food production and why these things matter."