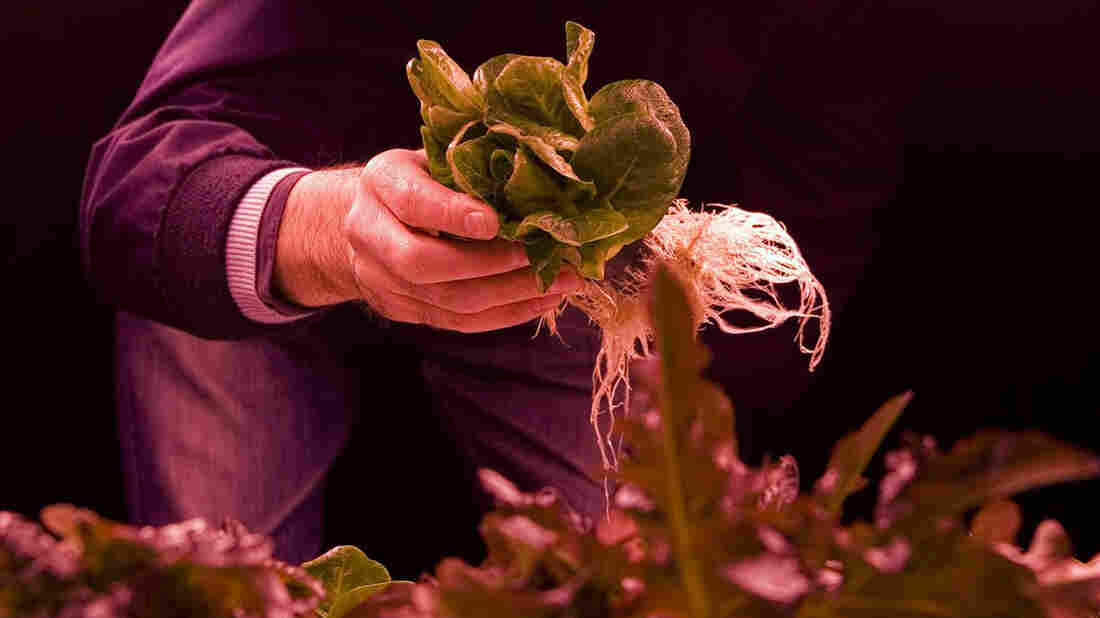 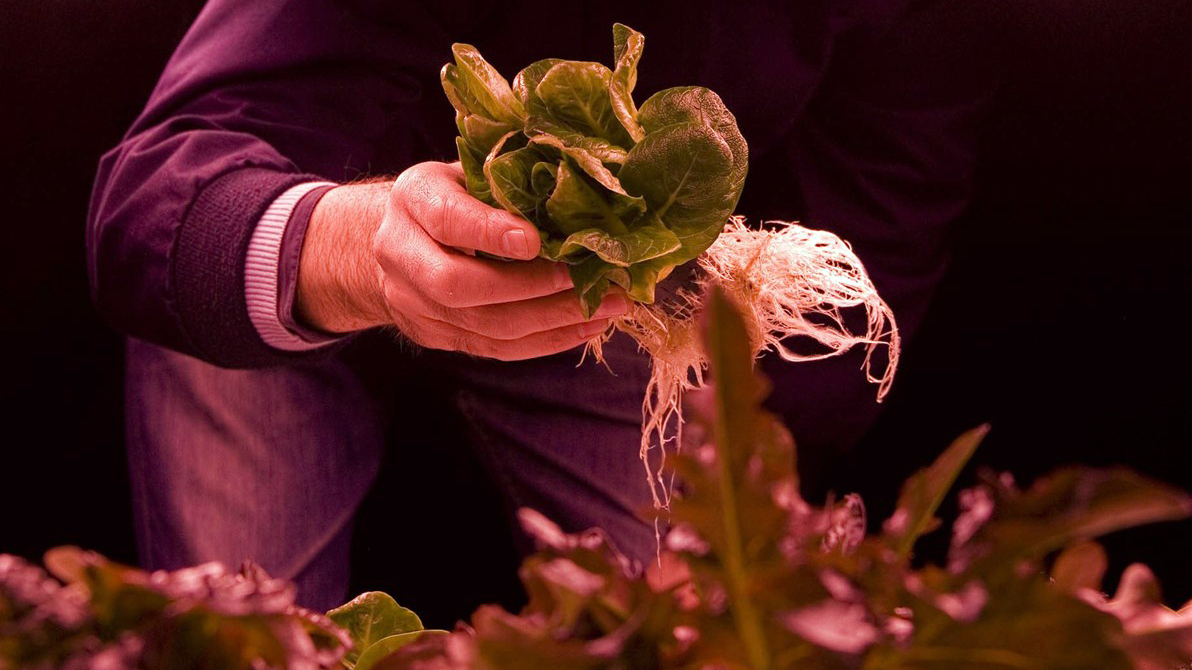 During World War II, Londoners would descend spiral staircases into tunnels to escape German bombs. Now one of those long-empty air raid shelters is filled with fresh greens.

Ten stories underground, businessman Steven Dring and his partner Richard Ballard have turned the tunnel into a vegetable farm, called Zero Carbon Food. They're backed by two-star Michelin chef Michel Roux Jr., who's helping to ensure that they're growing only the tastiest of vegetables.

According to Dring, this former bomb shelter is a surprisingly good place to grow food.

"It's a nice sort of warm duvet of insulation for growing produce down there," Dring tells Morning Edition's Renee Montagne.

Here's how Dring describes it: "If you just imagine a bench with ... a mat on it, and then we just sew the seeds onto that mat. And then underneath the lights, the roots grow into the mat that's in the tray, and then every 12 hours, water waters the mat again, and under the light it grows, so no soil is required."

Sunlight, of course, doesn't reach that far underground. So Dring and Ballard use LED lights as a substitute. Dring says LED lights have evolved so much that you can pick and choose elements of the light spectrum to get something that's identical to the sun.

Those lights require energy, but to ensure the project truly is "zero carbon," they're buying it from a company that gets all of its energy from wind and solar.

As for what's under cultivation way down there, Dring says they've got arugula, lettuce and microherbs like coriander, mustard leaf and tatsoi.

One day, they might also grow tomatoes, which Dring assures would be very tasty, despite the fact that they're hydroponic.

Chef Roux's "palate is pretty damn good," says Dring. "Selling a homogenous, sort of tasteless tomato is certainly not part of our plans."

Besides a commitment to good flavor, Dring says he's hopeful the venture will succeed because the vegetables can reach consumers far more quickly than those grown on a farm.

"Obviously as soon as you cut product, it starts to degrade in flavor," says Dring. "We can get it to the market in from field to fork, in four to eight hours. Usually it travels 72 hours, maybe four or five days. That's what's really interesting to our customers and wholesalers — that's what's turning them on."