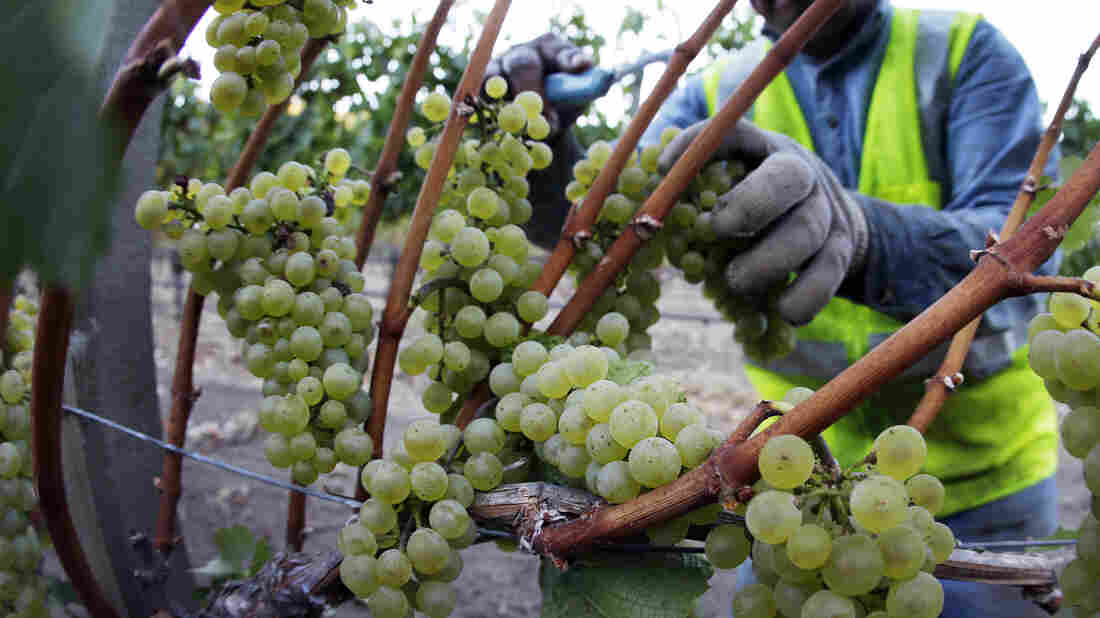 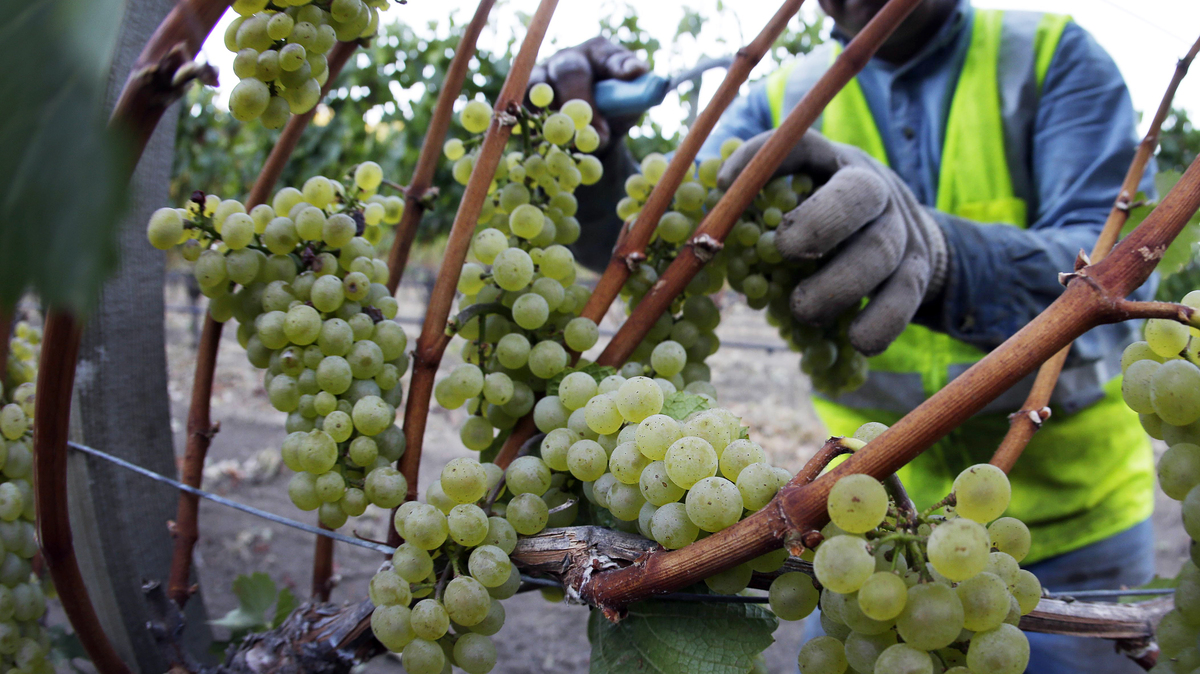 California may be stricken by drought, but this month it's also celebrating a record wine grape harvest for 2013.

Cyril Penn, editor of Wine Business Monthly, tells Morning Edition that the state's preliminary crush report says 4.23 million tons of wine grapes were crushed in 2013, an increase of 5 percent over the 4.02 million tons crushed in 2012.

One of the reasons for California's second bumper crop in a row is that growers have been planting more grapes.

"There was the old adage that the less quantity the greater the quality, but as there's been more demand for grapes, the myth about quality and quantity is not there anymore," says Penn.

The record harvest also benefited from good weather for grape growing in recent years. In places like Napa Valley, there is still water enough water underground to keep the vineyards thriving despite the drought.

But Penn says that luck might not hold much longer. The severe drought is likely to force growers top make some tough choices.

"There are some grape growers that are making contingency plans for if they don't have enough water which blocks of grapes will they water and which ones won't they water," says Penn. "Fortunately grapes use relatively little water compared to a lot of other crops."