Accessibility links
Justice Scalia And Jon Stewart Concur Chicago Pizza Isn't Pizza : The Salt This weekend, the conservative justice weighed in from Chicago on a national pizza controversy. For months, Stewart and Chicago mayor Rahm Emmanuel have been dueling over whether Chicago's deep-dish style constitutes pizza. 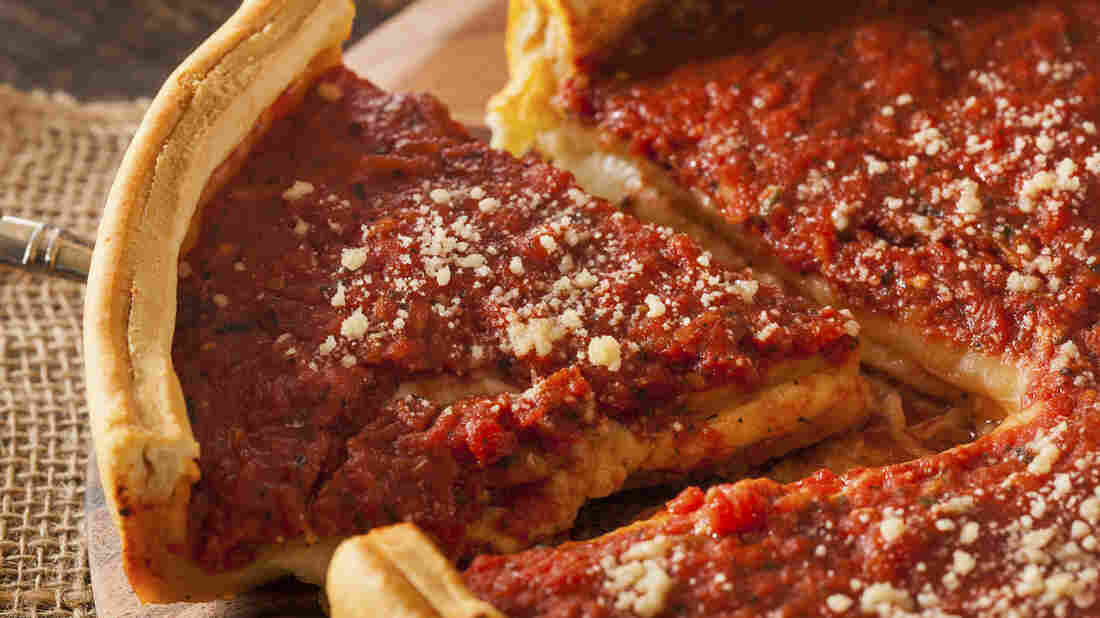 Justice Antonin Scalia and Jon Stewart, host of The Daily Show With Jon Stewart on Comedy Central, are, gasp, in agreement!

For months, Stewart and Chicago mayor Rahm Emmanuel have been dueling on the subject, with Stewart ranting that deep-dish pizza "is not pizza." It is, he said, "tomato soup in a bread bowl ... an above-ground marinara swimming pool for rats."

This weekend, Scalia, in Chicago, weighed in, but without reference to rats.

Chicago pizza "is very tasty, but it's not pizza," he told the Chicago Sun Times over the weekend.

Back in 2012, the justice told the paper "it should be called a tomato pie." Explaining the difference meticulously, he noted that real pizza is from Naples, Italy. "It is thin, it is chewy, and crispy, OK?"