Accessibility links
California Brewers Fear Drought Could Leave Bad Taste In Your Beer : The Salt Several brewers near Petaluma make beer with Russian River water, which officials say could run out by summer. That could force some to use well water heavy in minerals that might affect beer flavor. 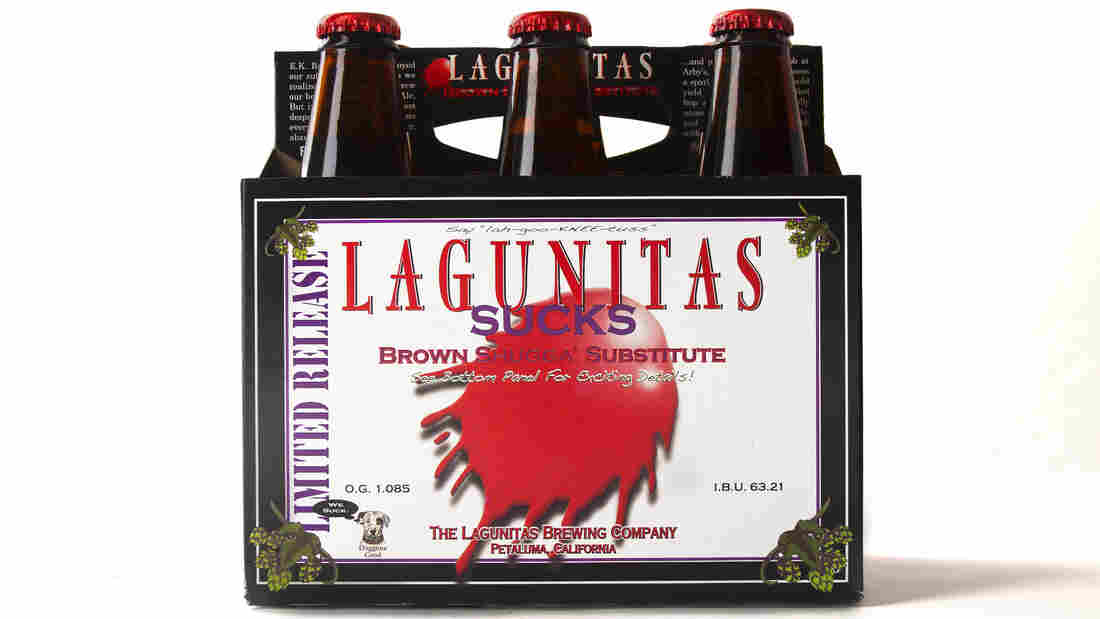 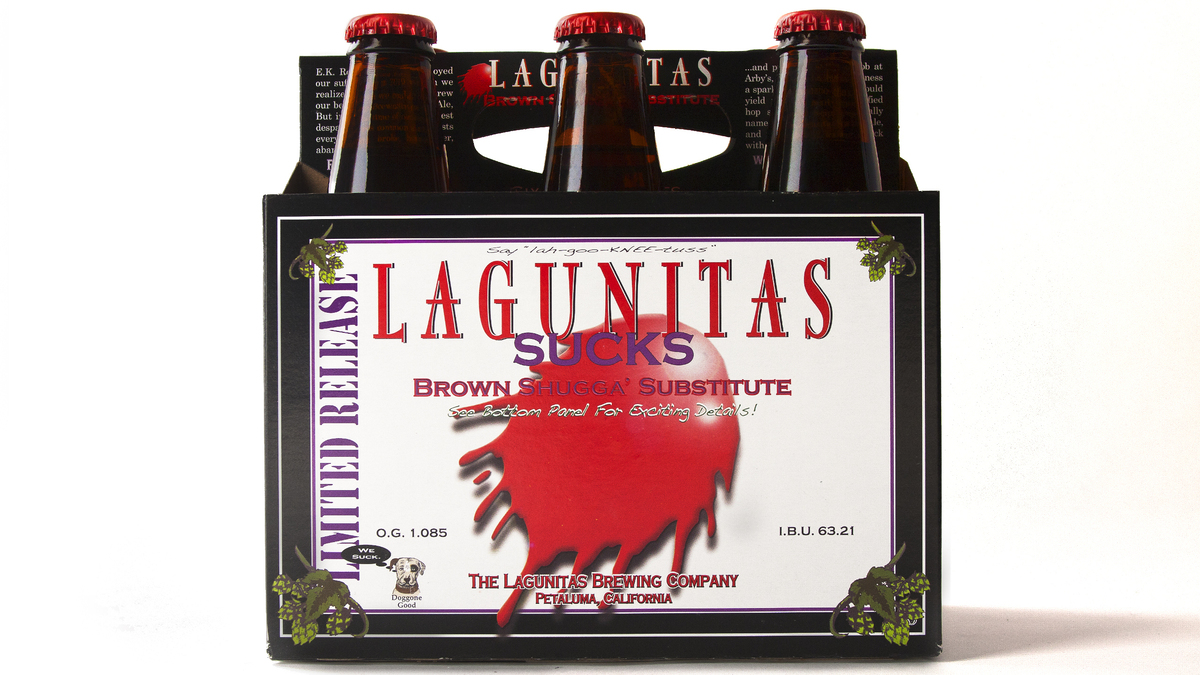 Lagunitas Brewing Company's owners are nervous that the Russian River water they currently use to make beer could run out in the drought that's hammering California.

Brewers around the country boast that their "pure" local water is the key to their beers' unique flavor. Coors credits the trout streams of the Rockies. Olympia Beer's slogan is, "It's the water." Cold Spring Brewing Co., in Minnesota, is named for a nearby natural spring.

In California's Sonoma County, Lagunitas Brewing Company, founded in 1993, has grown into one of the largest craft breweries in the nation. Like several other smaller local breweries, Lagunitas makes its beer with water from the Russian River, a 110-mile waterway that provides drinking water for more than half a million people.

But in the wake of 2013, the driest year ever recorded in California, Lagunitas' owners say they're nervous about shortages that could mean a switch from the river water to not-as-tasty well water.

"If [the county] shifts us over to groundwater, we'd have to sacrifice our nice water supply — that unique, signature, clean Russian River water," says Jeremy Marshall, head brewer at Lagunitas.

The problem with groundwater, he says, is that it's heavy in minerals that don't go well with beer.

"It would be like brewing with Alka-Seltzer," Marshall says.

Beer-Tapping Physics: Why A Hit To A Bottle Makes A Foam Volcano

According to Jay Jasperse, chief engineer with the Sonoma County Water Agency, the local well water is, in general, palatable. "But in some [of the region's wells] there are taste and odor issues," he says. "You have high nitrate concentrations in places, from agricultural industries, and iron and manganese."

Marshall says any off-flavors in the well water might not show through in a malty, bitter beer. However, the minerals could coax undesirable flavors from grainy and hoppy styles.

"A beer that might normally taste crisp and refreshing could have an astringent taste — kind of planky, like Popsicle stick," Marshall says.

But Lagunitas fans needn't fret — yet — over planky beer. The company is in the midst of opening a new facility in Chicago, and Marshall says brewing could be entirely shifted to this location — at least for a while — if the water supply in Petaluma changes.

The Petaluma brewery, Marshall says, may also install a reverse osmosis system to handle any unsavory groundwater. The process forces water through a filtration membrane.

But the technology has its downsides. For one thing, it's wasteful: Of the water that goes in, only about 70 percent comes out in usable form. The rest contains concentrated levels of the undesired compounds and must be discarded.

Moreover, the water produced by reverse osmosis may even be too pure.

"It's just H20 molecules," says Mitch Steele, brewmaster at Stone Brewing near San Diego, which uses it for some of its water supply. Steele says such water must be refortified with minerals before it can be used for brewing.

Marshall of Lagunitas says he has already had the brewery's existing water supply analyzed and, if he needs to use reverse osmosis, will "basically rebuild the Russian River water by adding certain minerals back."

While Lagunitas is working on contingency plans, other breweries may not be as equipped or prepared should well water become a reality for the region's industries and residents.

Bear Republic Brewing Company is located about 30 miles north of Petaluma in the city of Healdsburg. The brewery receives its water from the Russian River, just like Lagunitas.

"We don't have the option to switch to another supply," says Clay Grosskopf, Bear Republic's marketing manager. "That would be an interesting curve ball for us to deal with."

Heavy rains fell last week, but the downpour has not offset the effects of the driest year in state history. Reservoirs remain at critically low levels, and rivers flows are likely to plummet again.

A major source of the Russian River is Lake Mendocino, and officials have warned that this reservoir could all but disappear this summer if the months remaining of spring produce little or no more heavy rainfall. "We're having some serious issues with Lake Mendocino in ensuring that it has a sustainable water supply through the summer," says Jasperse.

If 2014 is exceptionally dry, water rationing will likely be enforced, though he isn't sure how this will affect local breweries, Jasperse adds.

Marshall says he is watching the weather forecasts, and he notes that his region's water resources have historically been generous to farmers, ranchers and urban residents.

"This green area provides us and the people who live here with this delicious, clean water," he says. "But we've been taking it for granted all along."