Accessibility links
Sriracha Chemistry: How Hot Sauces Perk Up Your Food And Your Mood : The Salt Sriracha and other spicy condiments make us feel so good, even when they burn so bad. So what's going on in our tongues? A video breaks down the beloved hot sauce into its molecular components.

Anyone who has ever drizzled, doused or — heck — drenched their food with Sriracha knows the hot sauce can make almost any dish taste better.

But could these spicy condiments also make us a little happier?

The science geeks over at the American Chemical Society made a little video that breaks down the beloved "rooster sauce" into its molecular components. The video also explains why Sriracha and other spicy sauces burn so bad but then feel so good.

Sriracha has five main ingredients: jalapeno peppers, vinegar, garlic powder, salt and sugar. (There are also a few preservatives thrown in there.) But it's the first ingredient that wields the molecular magic. 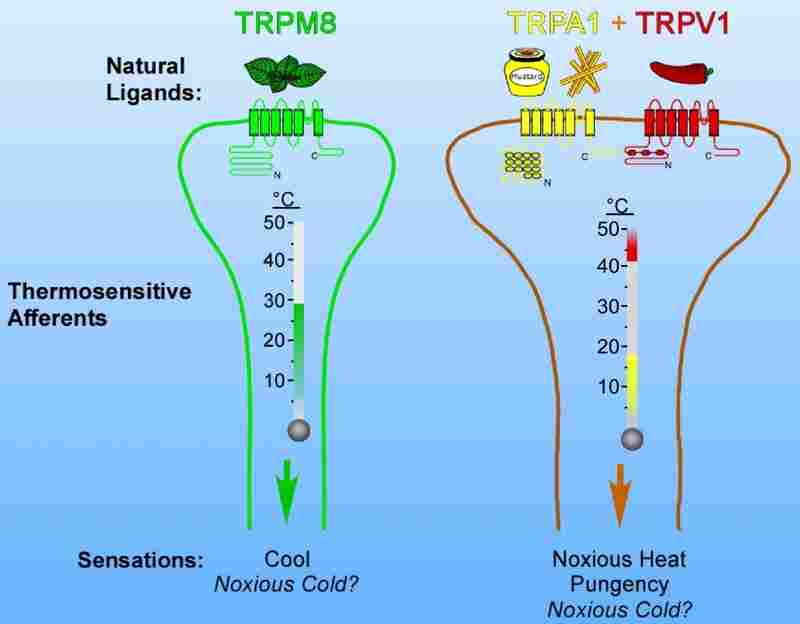 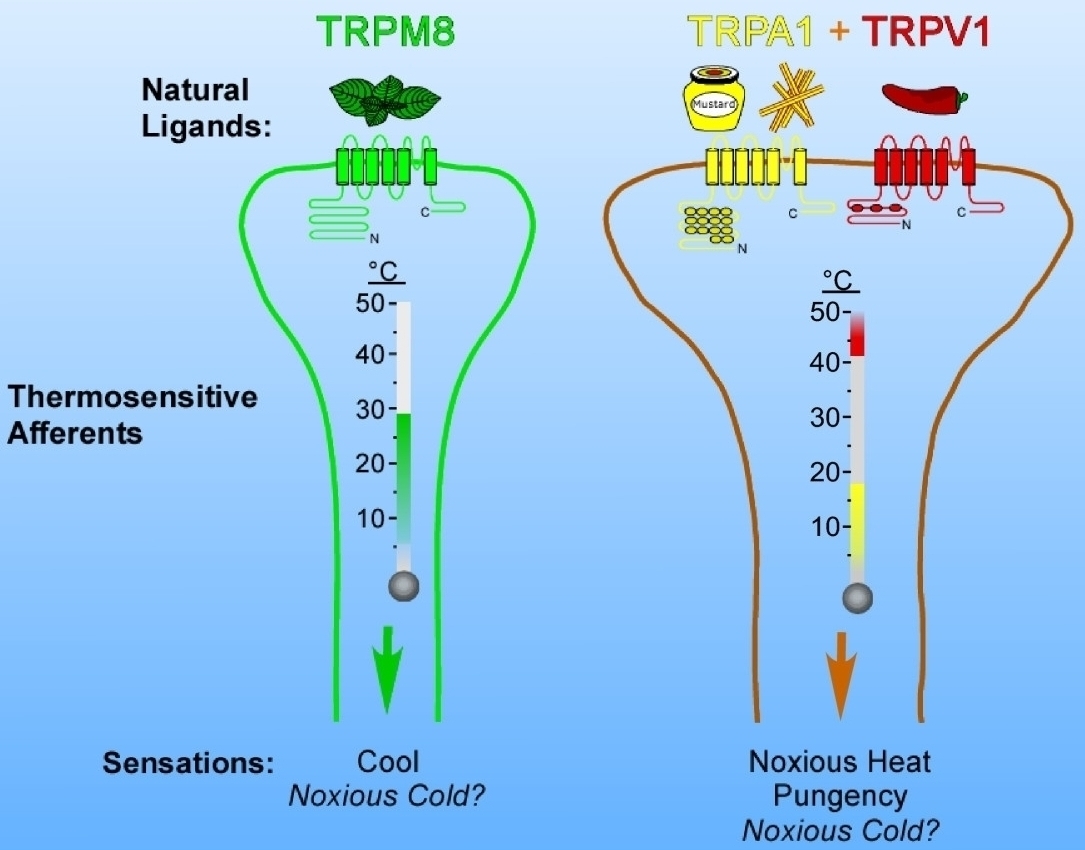 Why peppers feel hot and mint feels cool: Our nerves (afferents) have receptors that sense low and high temperatures. The hot detectors, like TRPV1, also sense molecules (natural ligands) in peppers and mustard oil. The cold receptor, TRPM8, detects molecules in mint, such as menthol.

Jalapenos and other chili peppers are packed with two potent compounds — capsaicin and dihydrocapsaicin. These molecules perform a mind trick on our nervous system: They make us think our tongues have touched something scalding hot, like boiling water.

To keep the tongue from getting burned, the brain triggers the sensation of pain. Something like, "Holy cow! Wash this Sriracha out of my mouth immediately!"

But your nervous system isn't going to just let you suffer with your mouth on fire. So it also launches a whole series of actions to help us deal with the pain. It releases endorphins — the morphine-like compounds that give you a natural high. And it makes the nerves on our tongue more tolerant to pain.

In other words, spicy peppers may hurt at first, but then they have an analgesic effect.

Doctors and scientists have known about this pain-relief power of capsaicin for centuries. And they've been trying, with modest success, to develop analgesic creams and ointments using these molecules. A few years ago, the Food and Drug Administration even approved a high-concentration capsaicin patch for treating neuropathic pain.

So how do these spicy molecules work?

When Sriracha hits your tongue, capsaicin activates sensory neurons in a very specific way. They bind and open up a receptor on the nerve's surface, called TRPV1.

This receptor also gets activated by high temperatures — anything above 109 degrees Fahrenheit. So your brain thinks the nerve is touching something hot when the hot sauce hits the receptor.

A similar mechanism happens with mints and cough drops that give your tongue a cooling, icy sensation. Cold temperatures are sensed by a receptor closely related to TRPV1 (called TRPM8).

And guess what molecule also activates this receptor? The menthol in peppermint and spearmint. So minty gums trick your mind into thinking you're eating something cold.