Accessibility links
Beer As A Post-Workout Recovery Drink? Not As Crazy As It Sounds : The Salt A company claims to have created a "fit beer" that can help replenish the body after a workout. We turned to science to see if beer and exercise can really go hand-in-hand. The answer? Yes – and no. 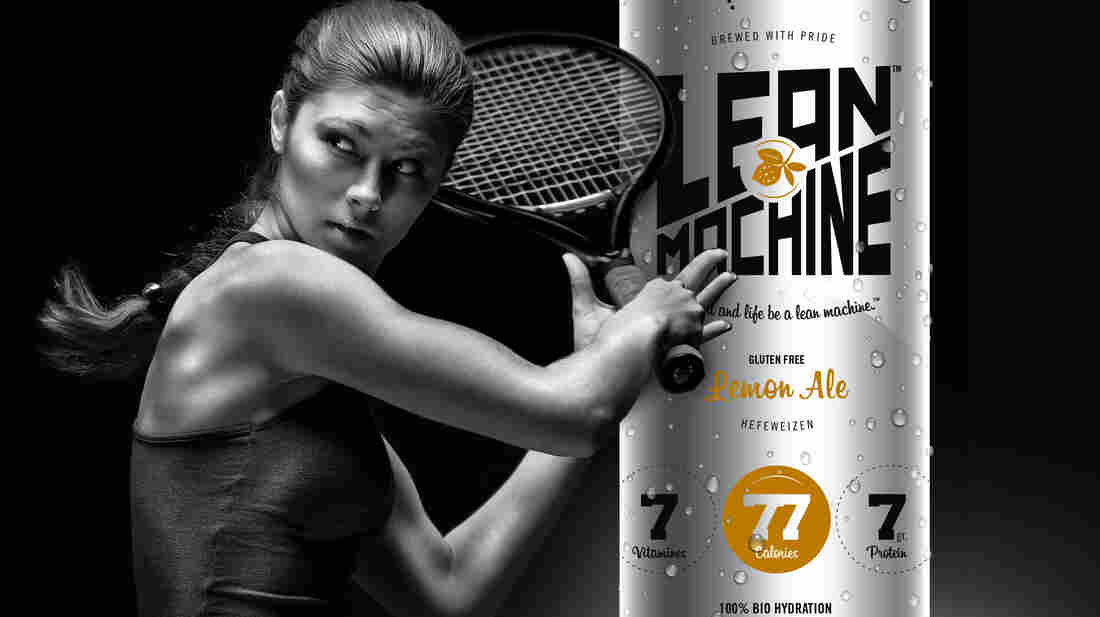 An ad for Vampt's Lean Machine "recovery ale," which will be marketed as a sports drink later this year, if funding allows. Researchers say drinking beer after working out has some advantages, but there are big caveats. Courtesy of VAMPT hide caption 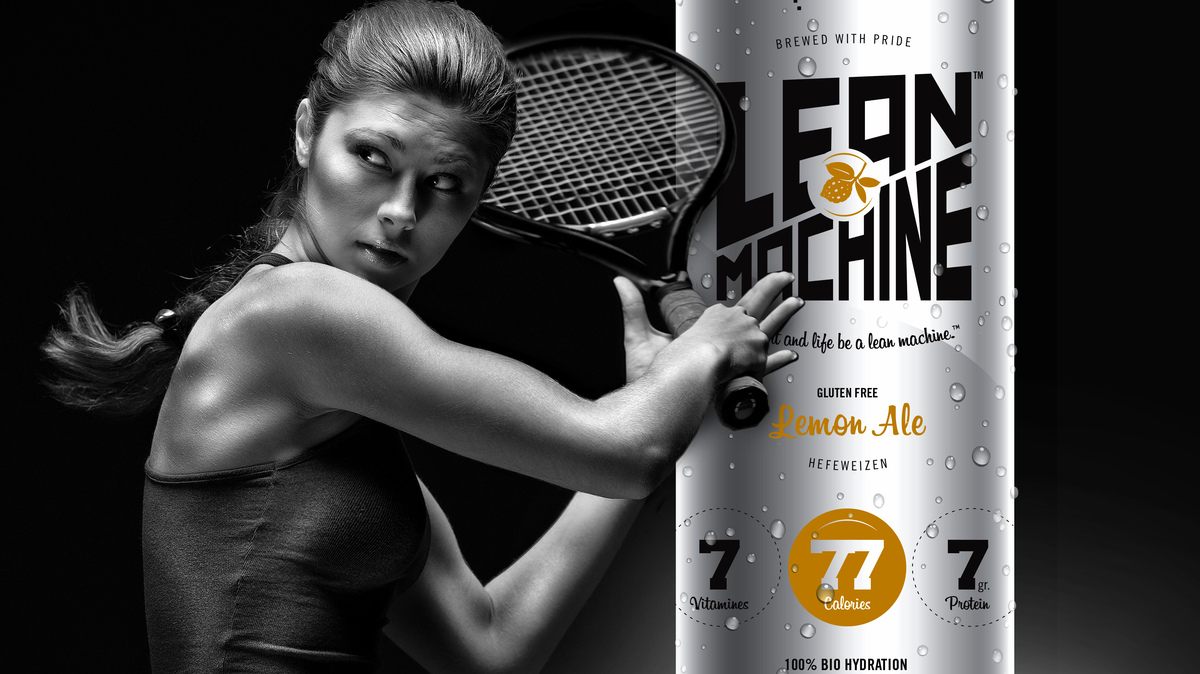 An ad for Vampt's Lean Machine "recovery ale," which will be marketed as a sports drink later this year, if funding allows. Researchers say drinking beer after working out has some advantages, but there are big caveats.

There may be some good news brewing for fitness and beer enthusiasts: Somewhere in the north, a Canadian beverage company has concocted a low-alcohol, protein-packed "fit beer" that is expected to be marketed as a sports drink later this year, if funding allows.

The so-called Lean Machine "recovery ale," created by a team of food scientists at Vampt, touts itself as a healthy alternative to traditional ales, with only 77 calories and 0.5 percent alcohol by volume. And it's supposedly enriched with nutrients, antioxidants and electrolytes to help replenish the body after a good workout.

The idea, says Vampt founder Ian Toews, is to create a beverage that aligns with the active lifestyles of young beer lovers, while promoting responsible drinking.

"We just thought that maybe we could do something that would support a drinker, make it still socially fun, and help them accomplish what needs to be accomplished after an aggressive workout," he says.

We wondered what science had to say about this seemingly contradictory, but nonetheless appealing, pairing. Can beer really join the ranks of Gatorade and Powerade to become the next go-to sports drink?

Turns out, the idea isn't as farfetched as it might seem.

You see, when we exercise, our body gets sapped of some key components. We lose fluid and electrolytes through sweat as the body tries to cool down. We also draw down our small stores of carbohydrates and proteins as we put our muscles to work. By the end of the workout, our body needs to get all those things back to recover.

This is where sports drinks come in. They're full of carbs, sodium and all sorts of nutrients to keep our bodies hydrated and energized during and after exercise. And beer may be able to do that, too — if formulated the right way, says Ben Desbrow, a sports nutritionist at Griffith University in Australia.

Beer itself contains a small amount of carbohydrates and electrolytes, he says. It's not enough to do your body any good after exercise, but researchers like Desbrow have been experimenting with ways to reformulate beer so it'll have the properties of a sports drink without the dehydrating effects of alcohol.

In a study published last December in the International Journal of Sports Nutrition and Exercise Metabolism, he and his colleagues found that beer's dehydrating effect can be weakened by changing its electrolyte content — a good first step into turning ale into a sports beverage.

By lowering the level of alcohol by volume to 2.3 percent and adding salt, they found that the manipulated beer actually hydrated their sample of athletes better than traditional ale.

Plus, he adds, since beer is plant based — the key ingredients, aside from water, are barley, hops and yeast — it contains a whole range of naturally occurring nutrients that manufactured sports drinks don't have.

"A properly formulated beer beverage is likely to do you no more harm than you are likely to get from a sports drink," Desbrow says. "In fact, it probably is likely to do you more good, because it's got a lot of these sort of natural compounds, like polyphenols, that are actually good for your health."

He's talking about compounds found in plants that are believed to have anti-inflammatory and antioxidative effects. A 2011 study in Germany suggested that polyphenols in beer may be especially useful for those who go through prolonged strenuous exercise, which tends to lower the body's immune function.

In the study, those who were given nonalcoholic beer every day for three weeks before and two weeks after a marathon reported fewer incidences of upper respiratory tract infections and were up to three times less susceptible to the common cold.

So that's the good news. The caveat is that for beer to be a good sports drink, you'll have to lose most of the alcohol. And the reasons go beyond just dehydration.

For one, excessive amounts of alcohol can impair protein synthesis, the process by which your muscles repair themselves after exercise, according to a study published last month in PLoS One.

His study found that when athletes binged on alcohol after an intensive strength-training workout, their protein synthesis decreased by nearly 40 percent.

Now, the athletes in Hawley's study did a lot of drinking: They consumed roughly eight shots of vodka mixed with orange juice over a three-hour period. Hawley says it's not clear how more moderate drinking affects the recovery process, but "my guess is that any alcohol impedes it a little bit."

So how will a low-alcohol beer like Vampt's Lean Machine ale fare in the market? Hawley notes that consumers haven't always embraced drinks that mimic alcoholic favorites without the buzz. In the 1970s, he says, a whiskey-like, non-alcoholic beverage called Claytons hit the shelves in New Zealand.

"It lasted on the market three years," Hawley says. "So there's your answer to that."

But Vampt's Toews says he's not too worried. His company is in the midst of consumer taste tests for its recovery ale in Canada, and "Canadians know what a good beer is," he says.