Accessibility links
How Yosemite Keeps Its Bears' Paws Off Campers' Hamburgers : The Salt The park's bears have developed a taste for human food, and that's gotten them in big trouble. But efforts to teach campers to lock up food are helping solve the problem, a bear hair analysis shows.

How Yosemite Keeps Its Bears' Paws Off Campers' Hamburgers

How Yosemite Keeps Its Bears' Paws Off Campers' Hamburgers 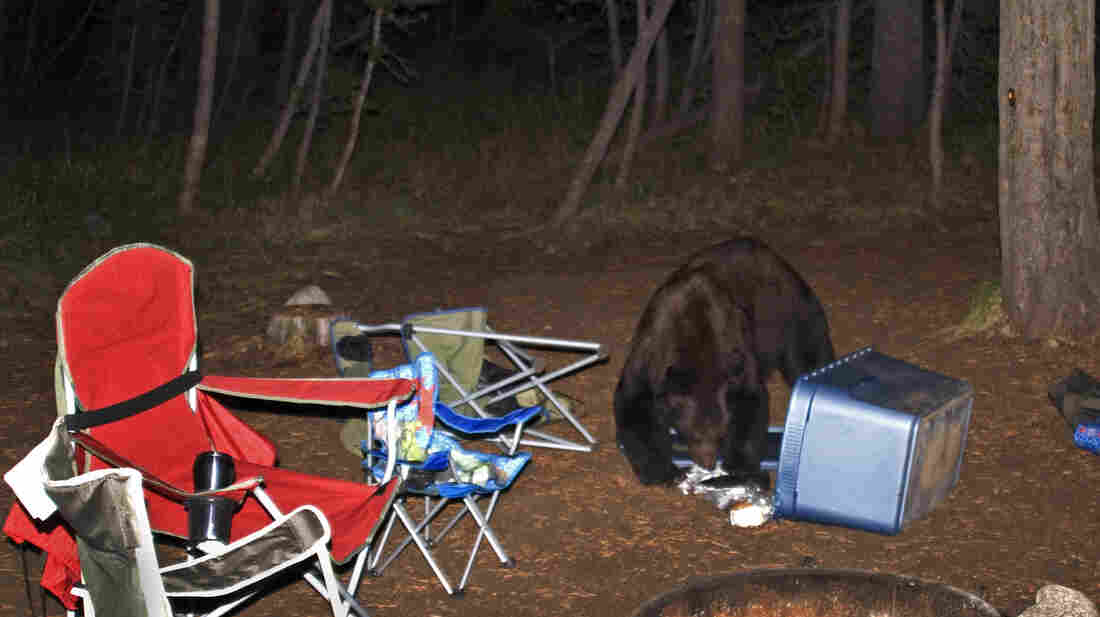 Not as cute as Yogi's pic-a-nic thievery: Food left out at a campsite in Yosemite National Park is likely to attract bears like this one, seen scavenging at Tuolumne Meadows Campground in 2008. Courtesy of Erica Crawford hide caption 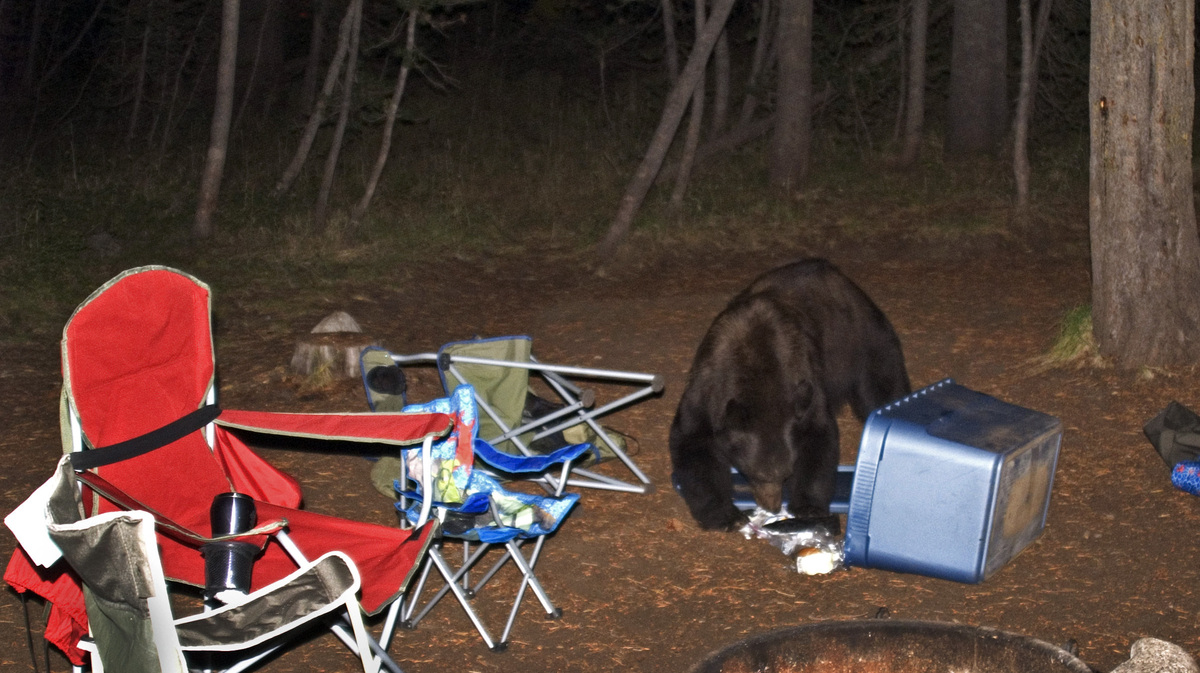 Not as cute as Yogi's pic-a-nic thievery: Food left out at a campsite in Yosemite National Park is likely to attract bears like this one, seen scavenging at Tuolumne Meadows Campground in 2008.

One of the great joys of camping out in a national park is chowing down by the fire. But campers aren't the only ones drawn to burgers and s'mores roasting over an open flame, beneath a mass of twinkling stars.

Those rich aromas can also prove irresistible to the local critters. From bears to foxes to coyotes, biologists have documented wildlife getting irrevocably hooked on our food and food waste. And for good reason: Our food is way more calorie-rich — and thus, better for making babies — than the standard black bear fare of insects and leaves.

As the number of visitors to national parks has grown over time, the animal residents have gotten increasingly crafty about getting their paws and hooves on our food. And we're talking antics far more aggressive than Yogi Bear sneaking away with a pic-a-nic basket.

Wild ponies of Assateague Island National Seashore are known to use their teeth to unzip tents to pilfer for chips and hot dogs. The black bears of Yosemite have ripped the doors off of cars for a taste of hamburger meat within. 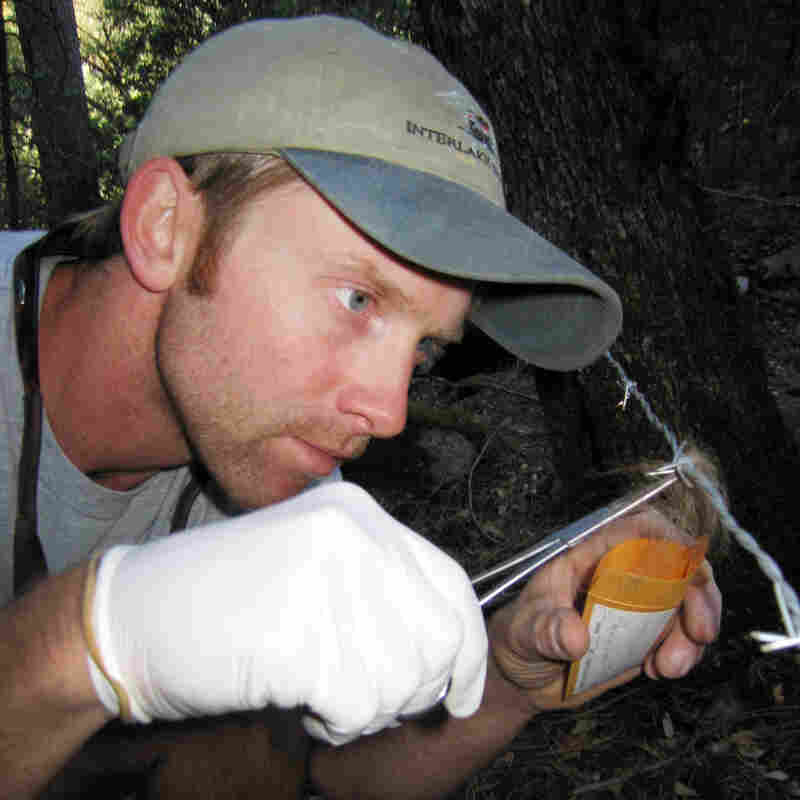 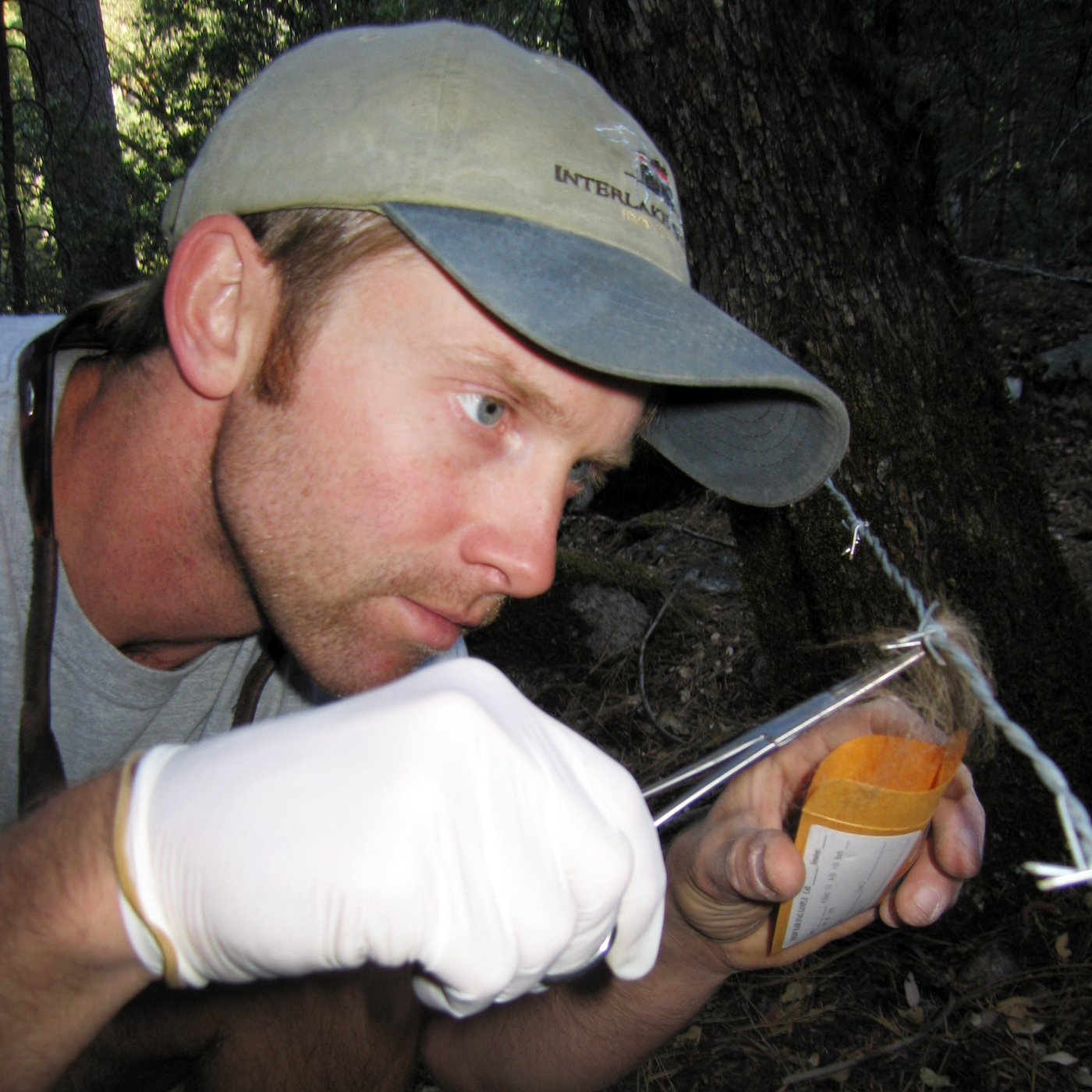 Researcher Jack Hopkins used barbed-wire snares to collect hair samples from bears in Yosemite. Analysis of isotope ratios in hair samples showed how much of the bears' diets came from human food.

This kind of behavior is both a nuisance and a recipe for conflict. According to one 2013 study, black bears in Yosemite caused $3.7 million in property damage, injured 50 people and were involved with more than 12,000 reported food-related incidents in the last two decades. And biologists say that the greediest animals, who stop at nothing to get our food, are also the most likely to be killed by us.

So how can we keep animals out of our picnic baskets? The National Park Service has come up with all kinds of strategies to try – from installing animal-proof trash bins to educating visitors to lock up their food in special canisters. Visit Yosemite and you'll get a personal lecture from a ranger on how to store your food to keep from tempting the black bears who lurk near campsites.

According to a study in the March issue of the journal Frontiers in Ecology and the Environment, these kinds of measures seem to be paying off (in Yosemite, at least). Researchers at the University of California, Santa Cruz wanted to find out whether the proportion of human food in the diet of the black bears there had declined since the park received a big grant to manage the food issue in 1999.

To find out, they gathered samples of bear hair and bone dating back to 1915 and measured the chemical isotopes in them. If you've read The Omnivore's Dilemma or seen the documentary King Corn, you might remember that human hair samples reveal a lot about our diet today – namely, that we eat a lot of corn. Corn has a heavy carbon and nitrogen isotopic signature, and it goes into sodas, pastries, and even our meat, since it's a big part of what livestock are fed.

Here's the really fascinating thing we learned from Jack Hopkins, lead author of the paper. (He did the Yosemite bear research while he was an ecology Ph.D. student at Montana State and a research fellow at UC-Santa Cruz.)

"A bear that eats like us is going to look like us" in an isotopic analysis, he says. In other words, the corn shows up in the hair of bears who've learned to love and steal human food.

The good news, though, is that Hopkins and his co-author, Paul Koch, a professor of earth sciences at UC Santa Cruz, found that the human foods in Yosemite bears' diets had decreased by about 63 percent between 1999 and 2007. In other words, teaching park visitors to lock down their food has succeeded at keeping our snacks out of bears' bellies, they conclude.

Still, Hopkins says, even if Yosemite can get 99 percent of its visitors to comply with the policy, with 4 million visitors a year, there will always be several who forget or don't pay heed.

"The bears are still there, just waiting for someone to be careless," he says. "There are still a lot of problems."