Accessibility links
Almost 500 Foods Contain The 'Yoga Mat' Compound. Should We Care? : The Salt A report finds that azodicarbonamide wasn't just in Subway's bread: It's in hundreds of foods. While it has been linked to asthma in factory workers, the additive poses no known risk to consumers. 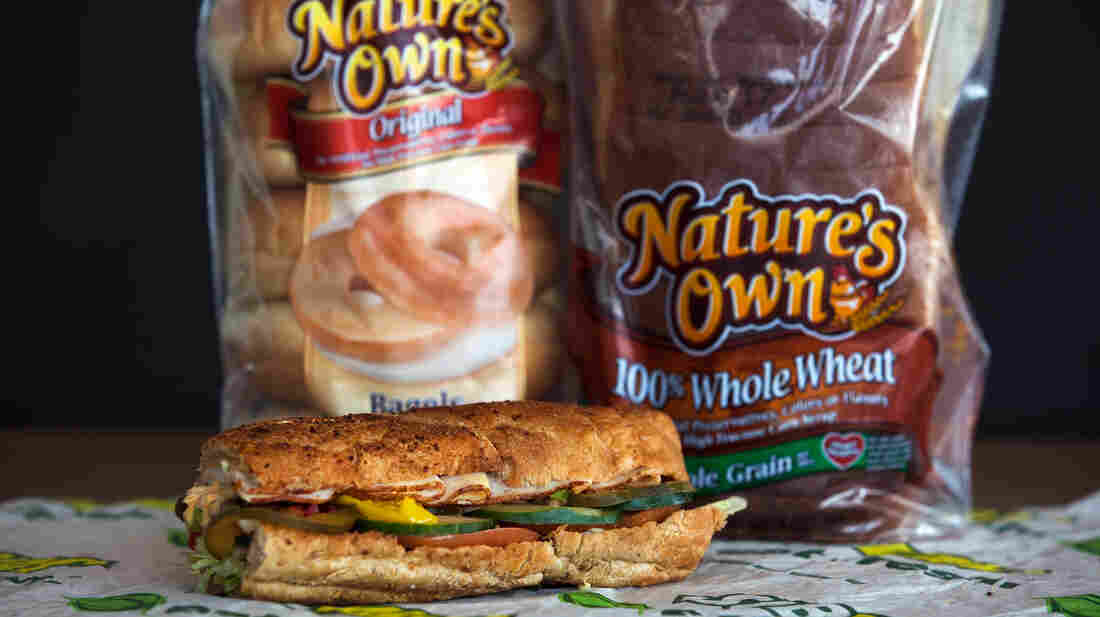 Going, going, gone. You won't find azodicarbonamide in Nature's Own products. And Subway is phasing it out, too. But lots of manufacturers are still using the additive. Meg Vogel/NPR hide caption 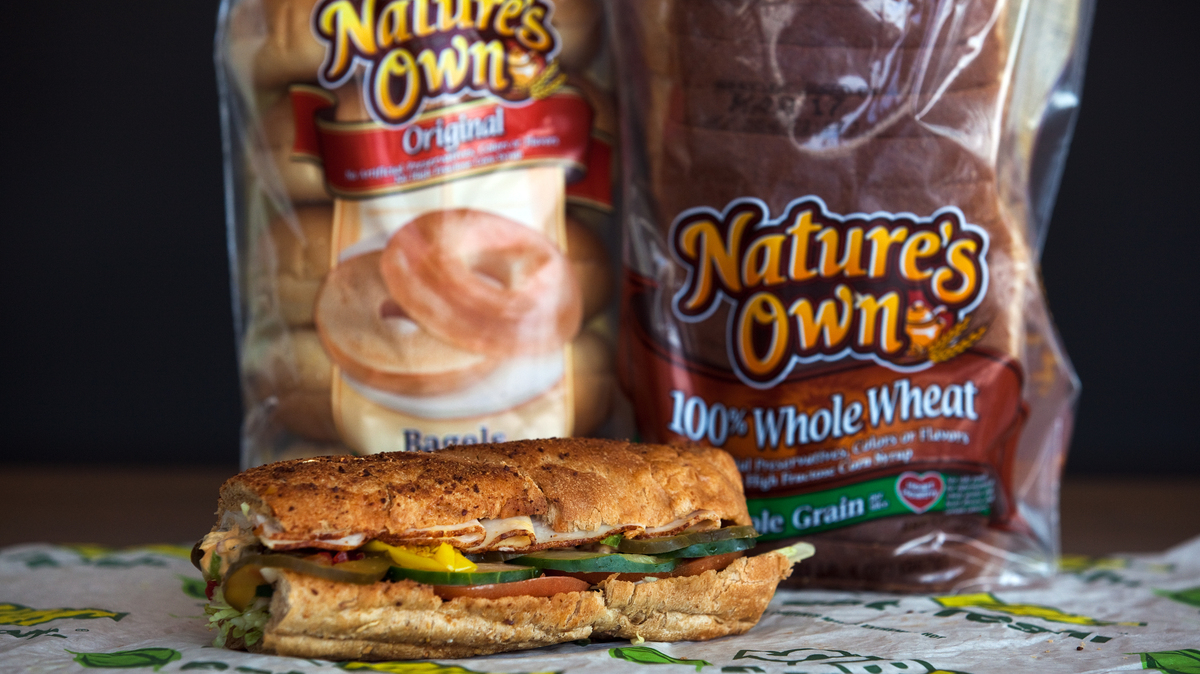 Going, going, gone. You won't find azodicarbonamide in Nature's Own products. And Subway is phasing it out, too. But lots of manufacturers are still using the additive.

That compound found in commercially baked bread — yep, the one that's in yoga mats, too — is in the news again.

A report from the Environmental Working Group finds that the compound, azodicarbonamide, is found in close to 500 food products, from Pillsbury Dinner Rolls to Little Debbie products to Wonder Bread.

As you may recall, the sandwich chain Subway got a lot of attention a few weeks back when it announced its plans to remove this compound — which is used to improve dough and maintain bread texture — from its bread.

And as we reported, the kerfuffle came in response to an online petition posted by the creator of the Food Babe blog. The online petition pointed to a range of possible health concerns linked to the compound — everything from asthma to cancer.

But what is the evidence behind these claims?

Let's start with asthma and other respiratory issues. The concerns about breathing problems stem from factory workers who have been exposed to high levels of azodicarbonamide. But it turns out, outside of this occupational exposure, there's no evidence that there's any risk at all to consumers.

It's good to "remind yourself to be more skeptical," says Justin Pagano, who has written that he'd like to see more scientific inquiry and reasoning used in these what's-really-in-your-food campaigns.

He says there's a "generational zeitgeist" among his fellow millennials to "take back food" from the control of large companies and demand transparency.

And he agrees that it is important to be asking questions about how the food we eat may influence our health. Even if the questions are tough to answer.

Take, for instance, the tricky business of interpreting toxicity. John Coupland, a food science professor at Penn State, has blogged about the complexities involved.

He explains that small amounts of two compounds, semicarbazide and urethane, are formed as azodicarbonamide breaks down during the baking process. And it's possible that these compounds may pose a risk.

"The real question is whether these tiny concentrations in bread are toxicologically significant," Coupland writes.

Groups such as the Environmental Working Group argue that since it's not essential and it could pose health risks, azodicarbonamide should be removed from the food supply.

"This is an unnecessary chemical that's added to bread," says EWG scientist David Andrews. And there are viable alternatives, such as ascorbic acid, which is a form of vitamin C.

But the FDA considers small amounts of azodicarbonamide to be safe. The agency long ago set an allowable level of 45 parts per million in dough.

And food scientist Kantha Shelke of Corvus Blue, who works as an independent consultant to the food industry, says this is reasonable. After all, it's the dose that makes the poison. And "45 parts per million is very, very, very small," she says.

But in an era when social media can whip up a frenzy of concern, food companies are becoming quick to respond to get ahead of bad publicity — regardless of the science.

"No [food company or chain] wants to be associated with anything that can be remotely considered harmful," Shelke says.

Which may explain why, in the wake of Subway's announcement, several more manufacturers have also decided to drop azodicarbonamide from their products.

For instance, bread maker Nature's Own noted that it has already phased out the compound from its bread products.

And intuitively, it just feels better to know that a compound used to make yoga mats is being removed from breads.

For a different perspective, I reached out to bakery industry consultant Theresa Cogswell. She pointed out that "there are many things used in industrial uses" that cross over into food use as well.

"And the assumption that it's bad for you," she says, is just not accurate.

Take, for instance, sheet rock, or gypsum. It contains calcium sulfate, which is also used as a food additive. In fact, it's used to make tofu.