Accessibility links
States Fight California's Chicken Cage Law. But It's Really About Bacon : The Salt Six state attorneys general are suing California over its law on how hens are housed. Among those most worried: Pig farmers who fear the state will push through sweeping changes on pig stalls next. 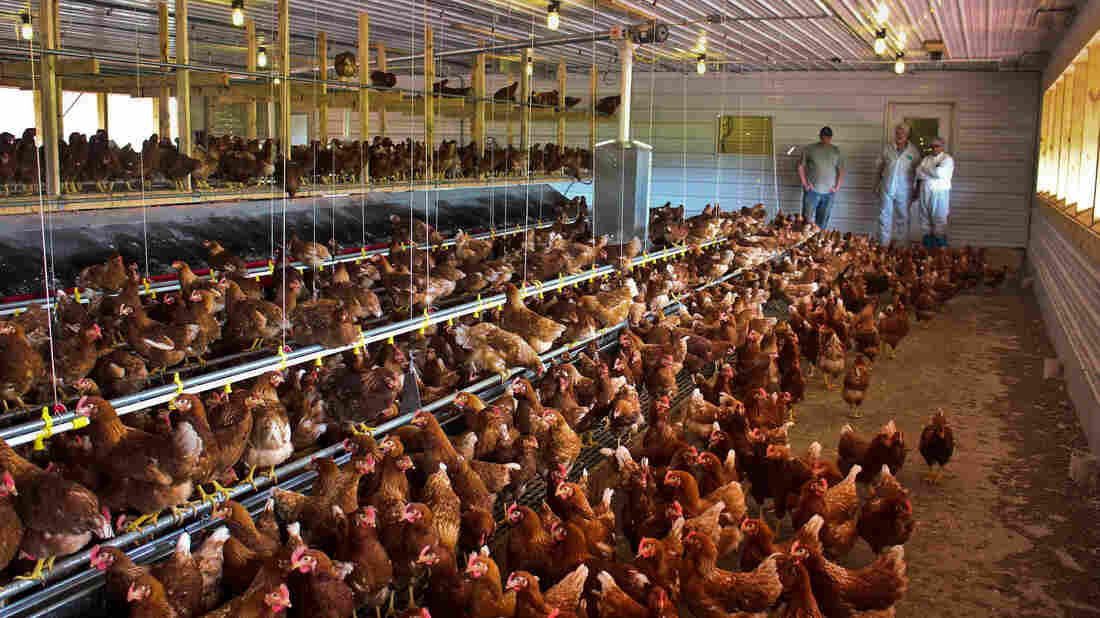 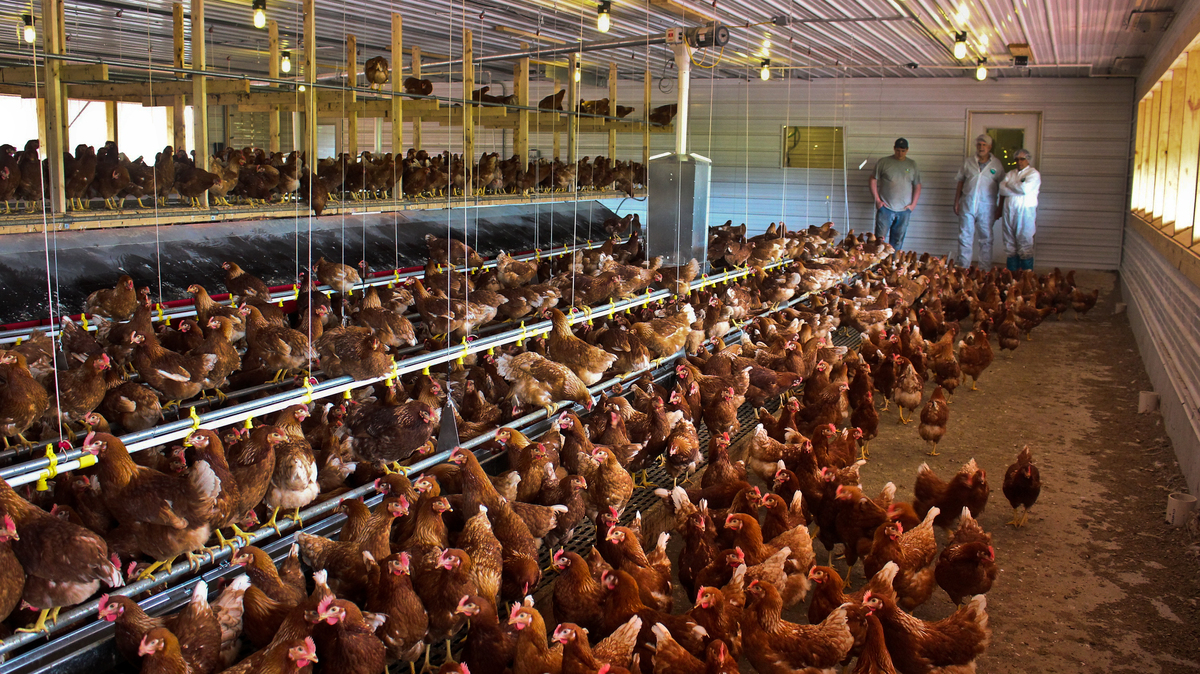 By most measures, David Kesten's hens are living the good life.

"They can act like chickens, they can run around," says Kesten, who's raising hens in an old wooden shed in the open countryside near Concordia, Mo. "They can go out and catch bugs, they can dig in the ground."

But most U.S. hens live crammed into very close quarters, according to Joe Maxwell, with the Humane Society of the U.S. And he says that's just wrong.

"There are some things we should not do to animals," says Maxwell.

California voters felt the same way, and six years ago they passed Proposition 2, requiring California producers to provide cages that are almost twice as large as most chickens have now. The Legislature followed that with a law requiring that all eggs sold in California be raised under those conditions.

Nebraska Attorney General Jon Bruning and five other attorneys general have joined a lawsuit against California.

"We can't have our farmers and ranchers at the whim of California's voters, and that's why we filed the lawsuit," says Bruning.

Their chief complaint is that their egg producers must either spend millions to comply with California restrictions, or face being shut out of that enormous market.

Don Nikodim with the Missouri Pork Association calls it "a clear violation of the U.S. Commerce Clause."

Now, why would pig farmers care about henhouse restrictions?

Because when a huge state like California slaps restrictions on food it imports, farmers all over the country become alarmed. And Nikodim says this won't likely stop with eggs.

"Logically, the next step is, we should extend our authority on how you produce pork to other states as well," he says. "Then is it dairy, is it beef, is it corn — go down the list."

Nikodim is worried that restrictions on cramped pig stalls, called gestation crates, may come next. Blake Hurst, with the Missouri Farm Bureau, says if this kind of thing goes unchecked, farmers could soon face a mishmash of state laws.

"We just simply cannot let California dictate to the rest of the country how we house hens or hogs or cattle," says King.

But a coalition of animal welfare organizations and environmentalists killed the King amendment, according to Maxwell.

"They couldn't win legislatively, so they're going to try a judiciary track to pre-empt state's rights to regulate health and safety and animal welfare: King amendment round two," says Maxwell.

Meanwhile, in California, egg producers are gearing up to comply with the new law when it kicks in Jan. 1. Jill Benson, whose great-grandfather started JS West, an egg producer with hundreds of thousands of birds, says many of them now enjoy nearly double the space they had before.

"And you see perches, nest boxes, scratch areas, emery boards and a number of accoutrements where the bird is able to display more of her natural behaviors," says Benson.

As you'd expect, comparatively spacious chicken accommodations are more expensive to build, but over years the cost turns out to be about a penny an egg.

Well, that's what the egg industry was saying last year in a video that was part of a campaign by the United Egg Producers to mandate cages compliant with California law nationwide.

Jo Manhart, with the Missouri Egg Council, says egg producers had agreed to a uniform national standard with their old adversary the Humane Society. The resulting Egg Bill drew lots of support but ran into a wall of opposition from the meat industry.

"They did not want this deal to go through because they felt it would affect them later on, and I think it would," Manhart says. "So, that's dead."

The death of the Egg Bill, and the King amendment, set up the current lawsuit in a U.S. District Court. And the ruling will almost certainly be appealed.

After all, there's a lot at stake in a battle pitting state against state, and big ag against powerful animal welfare groups. The money involved could be in the billions. And that ain't chicken feed.