Accessibility links
The Upside Of All This Cold? A Boom In Ice Cider : The Salt Canada invented ice cider in the '90s. Now it's becoming trendy and Vermont wants to cash in, too. The frigid winter has been just the stuff to turn the state's frozen apples into tasty dessert wine. 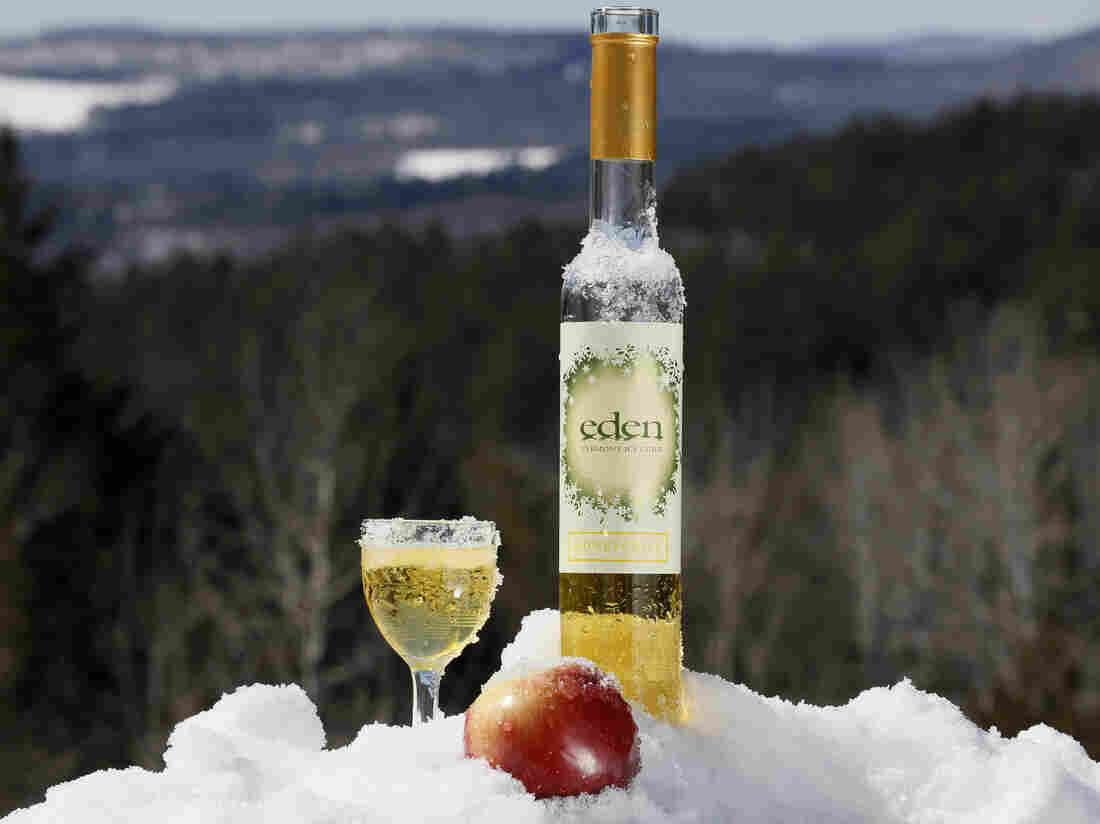 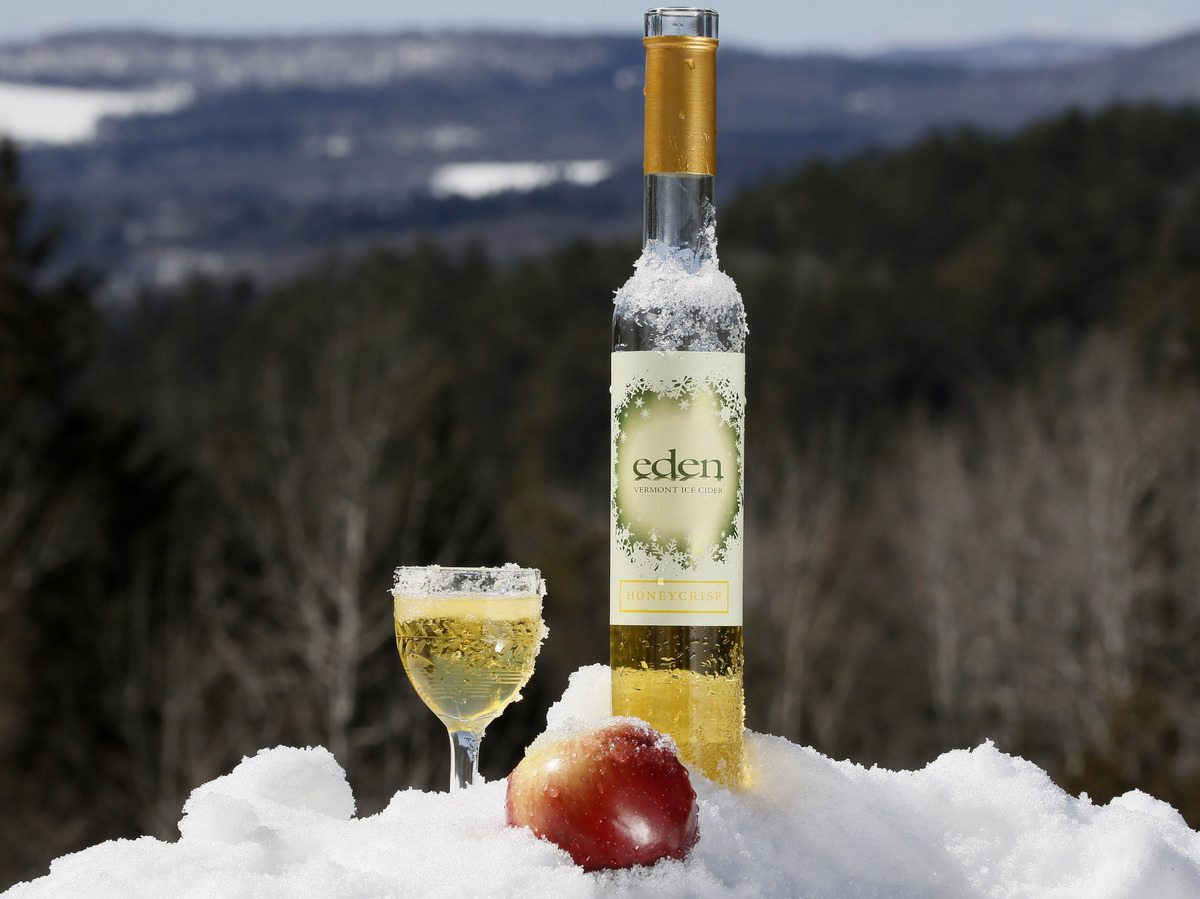 If there's anything most of us are tired of this winter, it's bone-chilling cold.
It's enough to drive you to drink.

Literally. Because frigid weather is just what some enterprising artisans need to make a dessert wine that has been showing up on trendy tables and menus. Ice cider was invented in Quebec in the 1990s.

This time of year, it's fermenting on the other side of the border as well, as a few snowy states try to tap into the locavore market and turn perishables into profits.

The first American maker to have a federally approved label is Eden Ice Cider, which got its start about eight years ago in a rural corner of Vermont known as the Northeast Kingdom. That's when Eleanor Leger, a Vermonter, and her husband, Albert, a Canadian, were sipping apple liqueur in Montreal, and wondering, "Why doesn't anybody make this stuff on our side of the border?" Vermont usually has more than enough ice and apples of its own, plus long cold spells needed to concentrate flavor.

Eleanor says this has been the best winter ever. At the end of each fall, she and her husband press cider from their 1,000 apple trees (and from a few other orchards) and stick the plastic vats in cold storage. After the first frost, they drag them outdoors.

This crazy year, the stuff has frozen, almost thawed, and frozen several times. That makes for a rich, concentrated apple elixir — and lots of it. Yield is important, because about 75 percent of the original cider is left behind in an icy block after the concentrate drizzles out, ready for fermentation.

Now the amber liquid is bubbling away in steel vats along the walls of a big cellar. Albert — sometimes with his Canadian enologist — tastes it just about every day to decide when to stop the fermentation. Ice cider makers aim for a subtle balance of apple, sugar, and acidity. Each variety of late-season apple creates a different flavor. Honey Crisp apples, for example, have a hint of honey, though no bees were involved.

A lot of people who don't love sweet dessert wines like ice cider. Apples are naturally more tart than grapes, so they leave a crisper, fresher aftertaste. And apples may be New England's true terroir.

Though Calvinists might have frowned on turning a Northern Spy into a thimbleful of booze, hard apple cider was a popular alcoholic drink in Colonial America. Now that it's making a comeback with brands like Woodchuck, ice cider wine seems to be riding on its coattails.

Eden, Vermont's largest producer, is filling about 40,000 bottles a year, and it's available in at least 20 states. Vermont has sprouted at least five other ice cider makers, with more likely to venture into the orchard as the trend takes off.

So what else can you do with this alcoholic ambrosia, besides sip it? At 30 bucks a bottle, most thrifty New Englanders serve it in slender stemmed goblets on special occasions.

Martha Stewart gave it a thumbs up for Thanksgiving fare. You can also shake it up in cocktails. Eden has just come out with an aperitif cider infused with red currants and bitters, and they are now fermenting something like an apple champagne.

"We want Vermont to be known for ice cider," Eleanor Leger says. "This is apple country."

There, at least this year, far northern Vermont may have them beat.