Accessibility links
Water-To-Wine Machine Sound Too Good To Be True? It Is : The Salt News media were quick to report on a $499 "Miracle Machine" that could turn water into wine. The science sounded suspect to us, with good reason. The perpetrators call it a sham for charity's sake.

Water-To-Wine Machine Sound Too Good To Be True? It Is

Water-To-Wine Machine Sound Too Good To Be True? It Is

Wine industry gurus Philip James and Kevin Boyer pitch the Miracle Machine in this video that grabbed headlines. The whole thing was a sham for a good cause, they say.

Think a machine that can turn water into wine is too good to be true? Well, it turns out, it is.

About two weeks ago, two wine industry gurus started marketing a home appliance they called "The Miracle Machine." The machine, the spiel went, would use concentrates, flavor packets and "an array of electrical sensors, transducers, heaters and pumps" to make wine quickly and easily in your home.

That was enough to get 7,000 people to sign up for information about The Miracle Machine's Kickstarter campaign. And plenty of news organizations, including ABC News and TIME, published stories about the miraculous contraption, priced at $499.

We here at The Salt are always interested in the science behind new food developments and, after consulting an oenologist, we were skeptical of how this "miracle" could be pulled off. Even if The Miracle Machine did work, just how good could its product taste? We took our doubts to a wine expert, Dr. Andrew Waterhouse, a professor of oenology at the University of California, Davis, who agreed that the whole thing sounded pretty suspect.

So we pushed and prodded and, guess what? We can now exclusively report the whole thing was a sham. Turns out, the Miracle Machine was a marketing ploy cooked up (or perhaps "fermented" would be a better word?) by MSL Group, a public relations company, to promote their pro bono client of the year, a water charity called Wine to Water.

"It was insane to see how big it got and how fast it got there," said Philip James, one of the two wine industry figureheads behind the hoax. 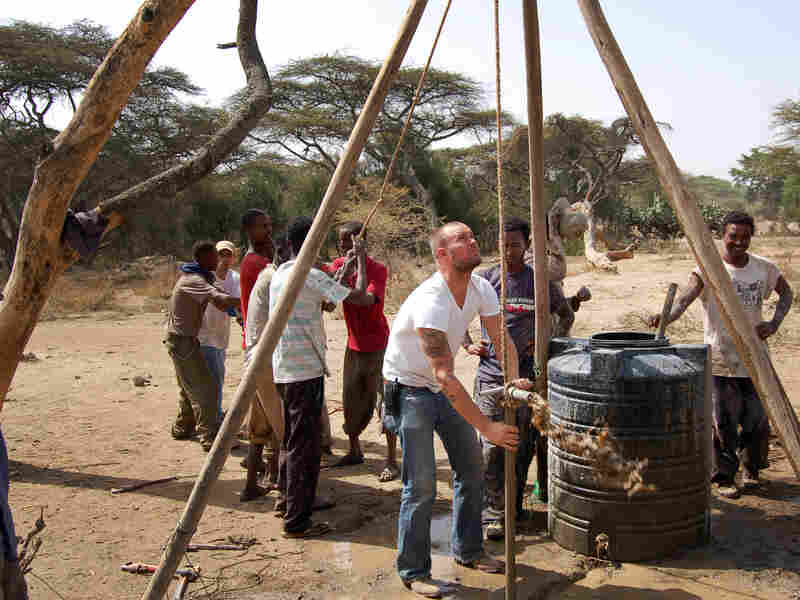 The Water to Wine Machine hoax was designed to bring attention to Wine to Water, an international water charity. The group's president, Doc Hendley, is pictured above, center, in Ethiopia. Courtesy of The Miracle Machine hide caption 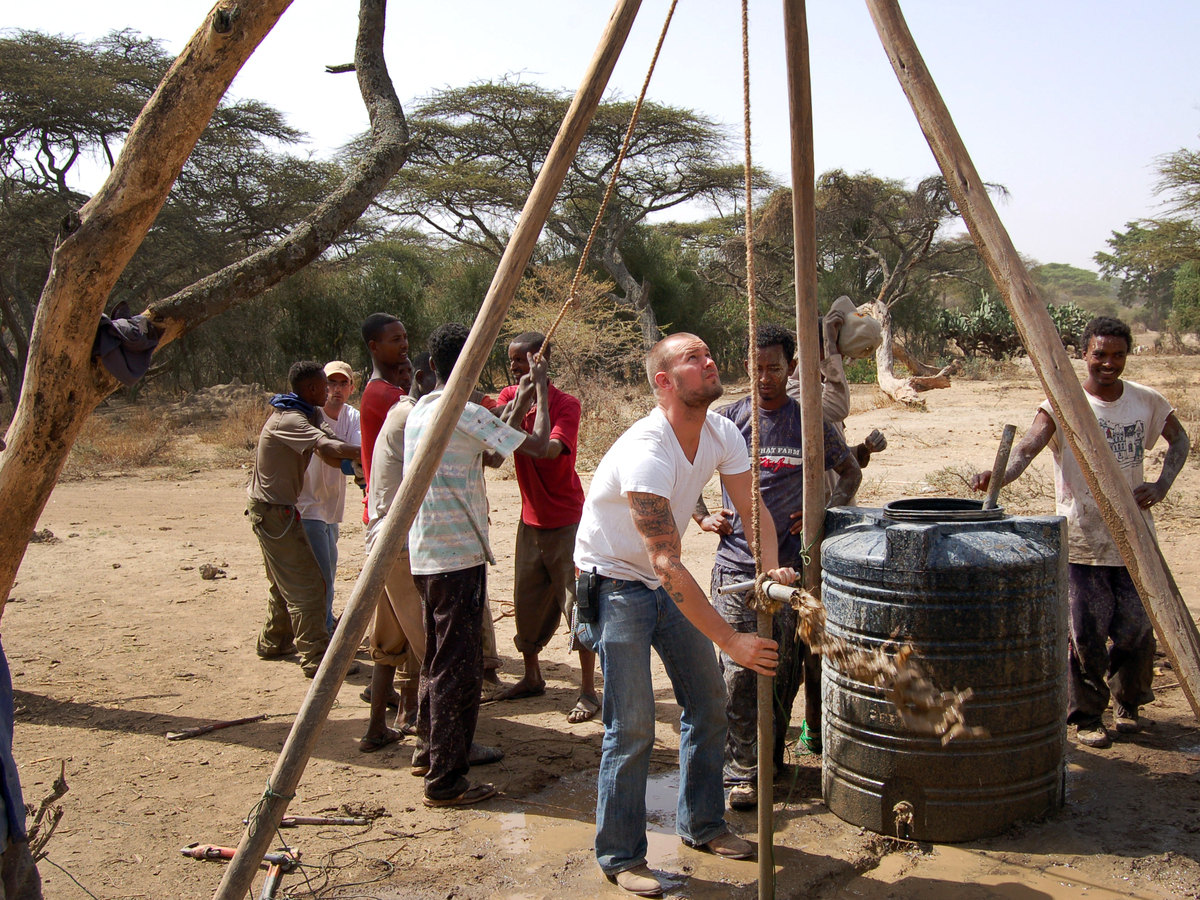 The Water to Wine Machine hoax was designed to bring attention to Wine to Water, an international water charity. The group's president, Doc Hendley, is pictured above, center, in Ethiopia.

Courtesy of The Miracle Machine

James, founder of wine companies Lot18 and Snooth, teamed up with Kevin Boyer, who founded Napa Valley winery Boyanci. The two are chairman and president, respectively, of Customvine, a winemaking and marketing company. Customvine has been a supporter of Wine to Water for a while. Last year, James rode his motorcycle 17,000 miles to raise money for the charity.

"If by lending our reputations, we could bring a broader reach [to Wine to Water] and save one life, we'd do it 10 times over again," Boyer tells The Salt.

Wine to Water says it has provided 250,000 people in 17 countries with clean water since 2004, with projects like repairing broken wells, installing rain water harvest tanks and distributing filters. However, because its annual revenues amount to less than $1 million, it doesn't warrant an official review or rating from watchdog sites like Charity Navigator.

Sandra Miniutti, vice president of Charity Navigator, tells us that these are some ways an individual can check out the credibility of a smaller charity:

So the moral of this story? Always ask questions, folks. (You know, like doubting Thomas.)