Accessibility links
States' Rebellion Against Food Stamp Cuts Grows : The Salt Congress planned to shave $8.6 billion from the food stamps program by closing a loophole, cutting benefits to 850,000 households. But it left states an out to avoid the cuts, and many are taking it. 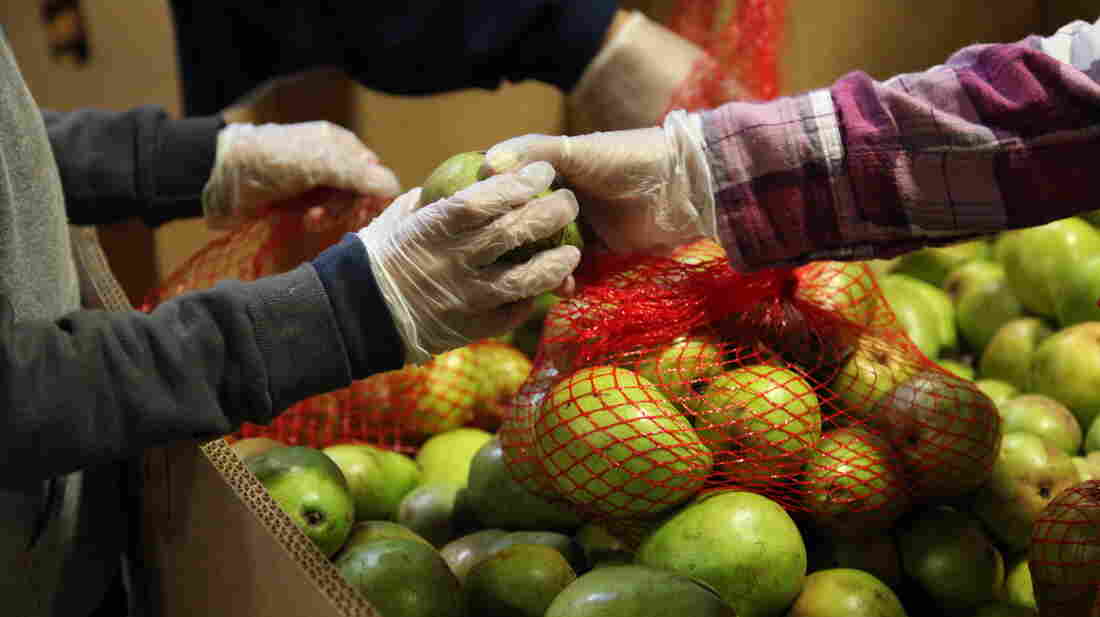 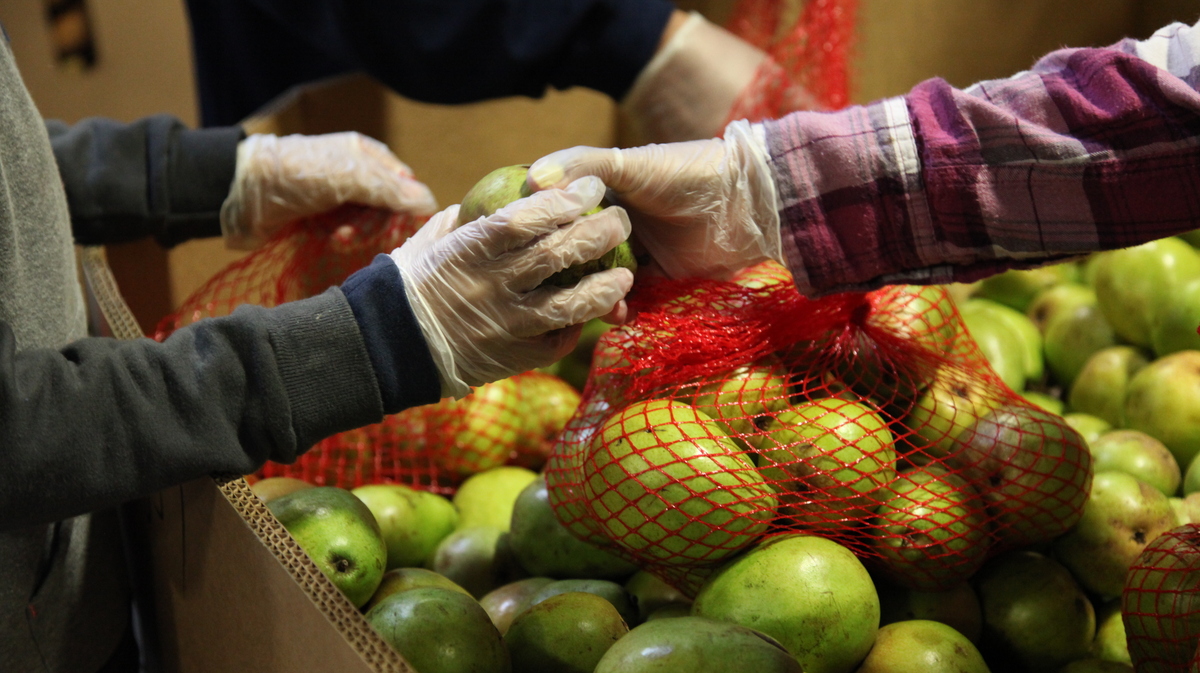 States are taking an out provided by Congress to avoid cutting food stamp benefits to families, many of whom already depend on food banks like the Alameda County Community Food Bank in Oakland, Calif.

When Congress passed a farm bill earlier this year, it expected to save $8.6 billion over 10 years by tightening what many say is a loophole in the food stamp, or SNAP, program. But it's not going to happen.

You see, Congress left states an opening to avoid the cuts. And so far, nearly half of the states participating have decided to take that option — a move that could erase the promised savings.

So many states are rebelling against the cuts that House Speaker John Boehner is urging his fellow members of Congress to act.

"Since the passage of the farm bill, states have found ways to cheat, once again, on signing up people for food stamps," Boehner, an Ohio Republican, told reporters Thursday. "And so I would hope that the House would act to try to stop this cheating and this fraud from continuing."

The cuts were related to a program known as "heat and eat." In the past, it had allowed the participating states to give low-income households as little as $1 a year in home heating aid so they'd qualify for more food stamps.

States said it made the program easier to administer and got help to those who needed it. But the maneuver was called a loophole by both Republicans and Democrats. So last month, Congress agreed to raise the amount of utility assistance states would have to pay to trigger the provision — to more than $20 a year.

The idea was that many of the states that use "heat and eat" would decide it wasn't worth their while. The expected result? Some 850,000 food stamp recipients would have their benefits cut an average $90 a month, which is where the savings would come in.

Turns out, Congress was wrong.

The "heat and eat" program covers 16 states, plus the District of Columbia. Six states — Pennsylvania, New York, Connecticut, Rhode Island, Oregon and Montana — have already declared that they will boost home energy benefits to avoid the food stamp cuts. Two other participants — Vermont and D.C. — are actively working to do the same thing.

"Gov. Corbett took the appropriate steps to make sure that Pennsylvania's children are fed, and that families in need are not impacted by what is one of the most substantial federal cuts to food benefits," said Kait Gillis, a spokeswoman for Pennsylvania's Department of Public Welfare.

Gillis says it's kind of a win-win for the state, because the "$300 million that individuals receive in SNAP assistance is then spent in Pennsylvania."

A spokeswoman for Washington, D.C.'s Department of Human Services told NPR that the agency is planning to do the same.

And the head of Vermont's Department of Children and Families, Dave Yacovone, told Vermont Public Radio this week that the state also wants to avoid hurting food stamp recipients who already had their benefits cut by Congress last November.

"This is real important," Yacovone told VPR, "because if we don't make this change, that's on top of an actual $10 million reduction."

Michigan Democratic Sen. Debbie Stabenow — who shepherded the farm bill through the Senate — told NPR on Wednesday that she and her fellow lawmakers will have to evaluate what states are doing and whether it will indeed eliminate the expected savings.

"I don't know yet what that all means," Stabenow said.

"I mean, this is, you know, a way that states can draw down greater federal dollars, and they're not accountable for those dollars, so why not?" Sheffield says.

Needless to say, anti-hunger advocacy groups are thrilled. Jim Weill, president of the Food Research and Action Center, says the whole debate over whether heat and eat is a loophole just missed the point.

"Food stamps are not enough to get the vast majority of recipients through the month," Weill notes. "The farm bill should have had a debate about how to improve benefits, not how to cut benefits."

He's hoping even more states will now use the "heat and eat" option to boost benefits even higher than they are today.