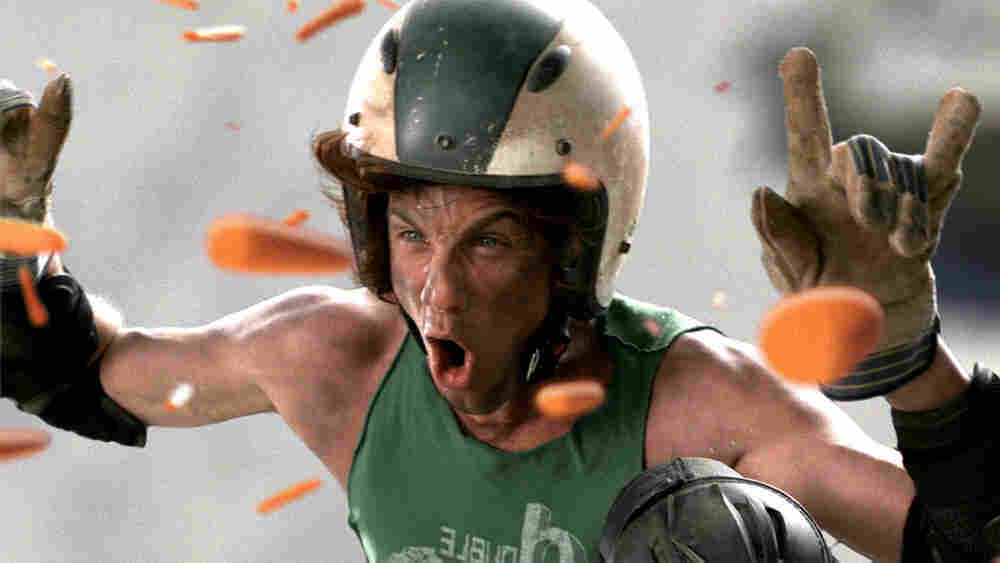 Bolthouse Farms helped pave the way for using Mountain Dew-style tactics to sell healthy foods, like this ad for baby carrots. It was a wake-up call for the rest of the food industry. Crispin Porter Bogusky via AP hide caption

Marketing to kids may have gotten a bad rap in the past. Especially since children have been the target of so much junk food advertising.

Birds Eye is taking a page from the playbook of other companies that have had success leveraging the power of teen pop stars: The frozen food giant is turning to Disney.

"We sat in a room, and we said, if we want to get kids to like vegetables, we've got to take a different approach," Mark Schiller, division president of Birds Eye (which is owned by Pinnacle Foods Group) said at this week's Partnership for a Healthier America conference in D.C.

Birds Eye has already experimented with the teen idol approach to marketing. In 2012 it teamed up with Nickelodeon and Jennette McCurdy, star of the network's popular show iCarly, to jazz up the image of vegetables.

Now, Birds Eye has inked a deal with Disney. The collaboration will begin this summer, and execs says they'll turn to top-ranked kid and tween targeted shows and multimedia sites to help give veggies an image makeover. They also plan a healthy living TRYathalon Road Tour, where they're hoping to inspire kids around the country to sample, or TRY, new combinations of vegetables.

Schiller says Birds Eye started marketing its frozen fruits and vegetables to kids a few years back. As a result, he says, "we've seen our business grow." He says this past year, when the company stepped up its advertising to kids, sales jumped 8 percent, "which is phenomenal in an industry with very little growth."

And Birds Eye is not alone. Bolthouse Farms has shown that if you use Mountain Dew-style tactics in your advertising, even carrots can be cool. In fact, they've had great success with their extreme baby carrot campaign.

I found it pretty mesmerizing, and I couldn't stop playing with it. The "play factor" is huge, Jeff Dunn, CEO of Bolthouse Farms, told me as he demonstrated it for me.

Increasingly, companies are finding that it's easier to sell healthy food.

"There is definitely momentum," says Larry Soler, president of the Partnership for A Healthier America, which for several years has been nudging food companies to commit to more healthful approaches. And there was lots of evidence of this momentum on display at this week's conference.

"Healthy habits are becoming the new norm," Sam Kass, the executive director of first lady Michelle Obama's Let's Move campaign, told me as we toured the booths of vendors hawking health foods at the conference.

He pointed not only to all of the food on display, but also to companies such as Knowledge Universe, owner of Kinder Care daycare centers, which is now serving ultra-healthy family-style meals. As we've reported, this style of eating nudges kids to experiment with new foods and right-size portions.