Accessibility links
The Dark History Of Eating Green On St. Patrick's Day : The Salt Cupcakes, cookies and beer dyed green may mean party time in America. But in Ireland, there's a bitter history to eating green that harks back to the nation's darkest chapter. 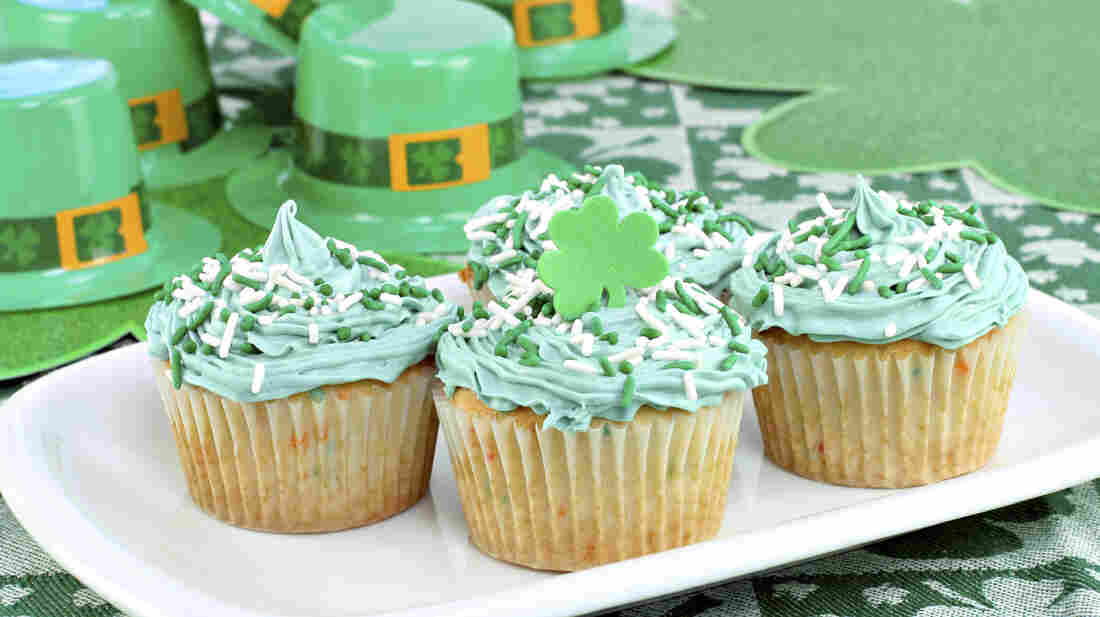 Green cupcakes may mean party time in America, but in Ireland, emerald-tinged edibles harken back to a desperate past. Ro Jo Images/iStockphoto hide caption 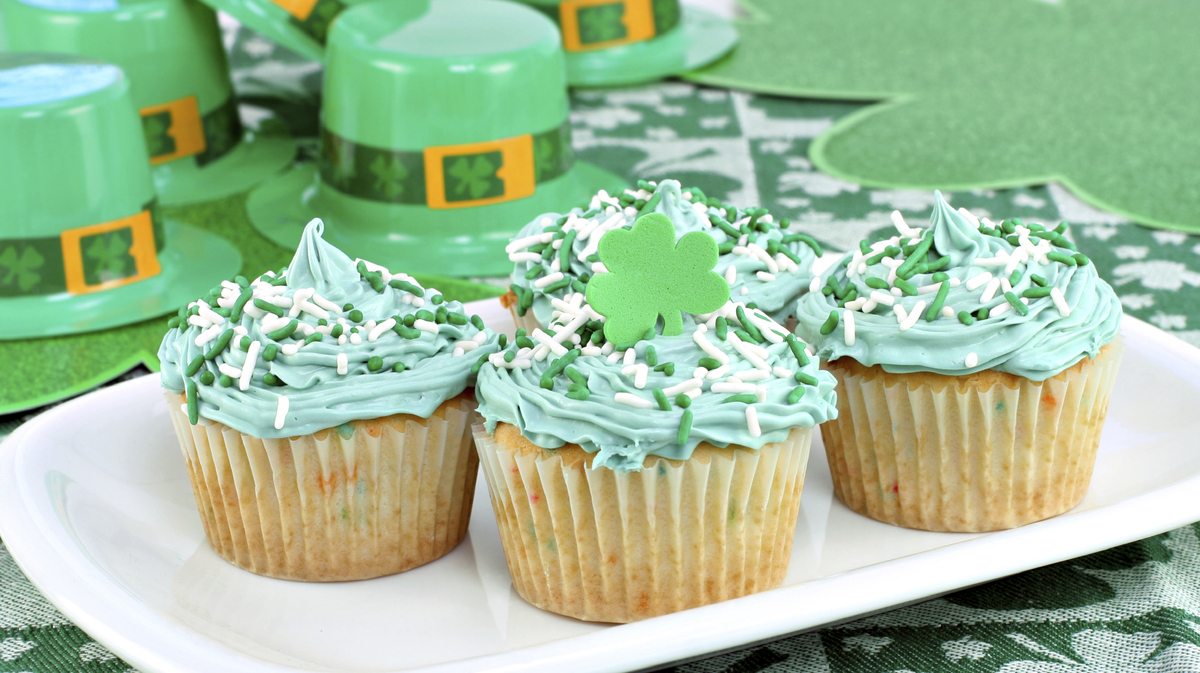 Green cupcakes may mean party time in America, but in Ireland, emerald-tinged edibles harken back to a desperate past.

Green food may mean party time in America, where St. Patrick's Day has long been an excuse to break out the food dye. But historian Christine Kinealy says there's a bitter history to eating green that harks back to Ireland's darkest chapter.

During the Irish Potato Famine of the 1840s, mass starvation forced many Irish to flee their homeland in search of better times in America and elsewhere. Kinealy says those who stayed behind turned to desperate measures.

"People were so deprived of food that they resorted to eating grass," Kinealy tells The Salt. "In Irish folk memory, they talk about people's mouths being green as they died."

At least 1 million Irish died in the span of six years, says Kinealy, the founding director of Ireland's Great Hunger Institute at Quinnipiac University in Connecticut. Which is why for Kinealy, an Irishwoman who hails from Dublin and County Mayo, the sight of green-tinged edibles intended as a joyous nod to Irish history can be jolting, she says.

"Before I came to America, I'd never seen a green bagel," she says. "For Irish-Americans, they think of dyeing food green, they think everything is happy. But really, in terms of the famine, this is very sad imagery."

That's not to say that the sight of green-dyed food is offensive to the Irish.

After all, the color green is closely linked with Ireland, known as the Emerald Isle because of its strikingly verdant countryside. In the 19th century, Irish nationalists and republicans adopted the color — as Ireland's The Journal points out, this was likely to distinguish themselves from the reds and blues that were then associated with England, Scotland and Wales.

And Americans have long embraced St. Patrick's Day traditions that might bemuse the folks back in Ireland, where festivities in honor of the nation's patron saint are a lot more subdued, Kinealy notes.

For instance, St. Paddy's Day Parades? Those originated here in the late 1700s. (George Washington was known to give his Irish soldiers the day off so they could join the celebrations, she says.)

And that quintessential dish of the holiday, corned beef — it may be delicious, but it's most definitely not Irish.

As Smithsonian.com noted, in Gaelic Ireland, cows were a symbol of wealth and a sacred animal, kept more for their milk than their meat — which was only consumed once an animal's milking days were over. In the Irish diet, meat meant pork. It wasn't until Britain conquered most of Ireland that Irish "corned beef" came into existence — to satisfy the beef-loving English.

"Ironically, the ones producing the corned beef, the Irish people, could not afford beef or corned beef for themselves," Smithsonian notes.

Funny enough, the Irish didn't learn to love corned beef until coming to America, where they picked up the taste from their Jewish neighbors in the urban melting pot of New York City.

But these days, even the Irish back in the homeland have made accommodations for this Irish-American dietary quirk, Kinealy says. As tourist season revs up and Americans visitors come to celebrate St. Paddy's Day, she says "a lot of pubs in Ireland will offer corned beef because they know the tourists like it. It's come full circle."