Accessibility links
Chocolate-Loving Gut Microbes Turn Cocoa Into Heart-Healthy Molecules : The Salt Dark chocolate may help the heart and waistline. Now scientists have figured out one reason why: Bacteria in the gut turn cocoa into compounds that lower inflammation and make us feel full. 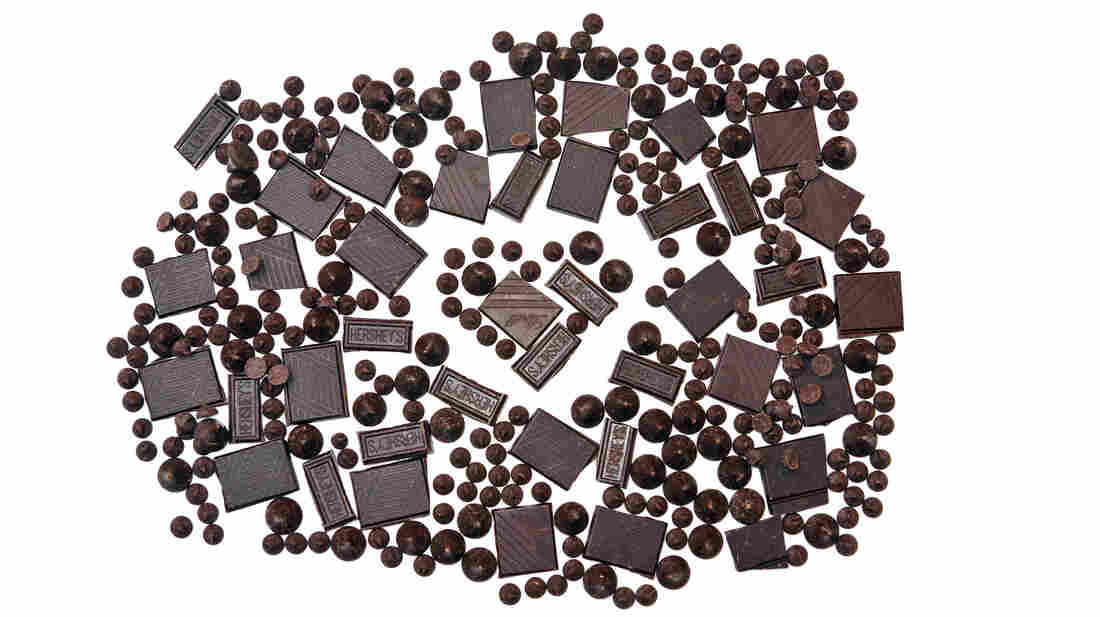 Bacteria in your gut can break down the antioxidants in chocolate into smaller, anti-inflammatory compounds. Meg Vogel/NPR hide caption 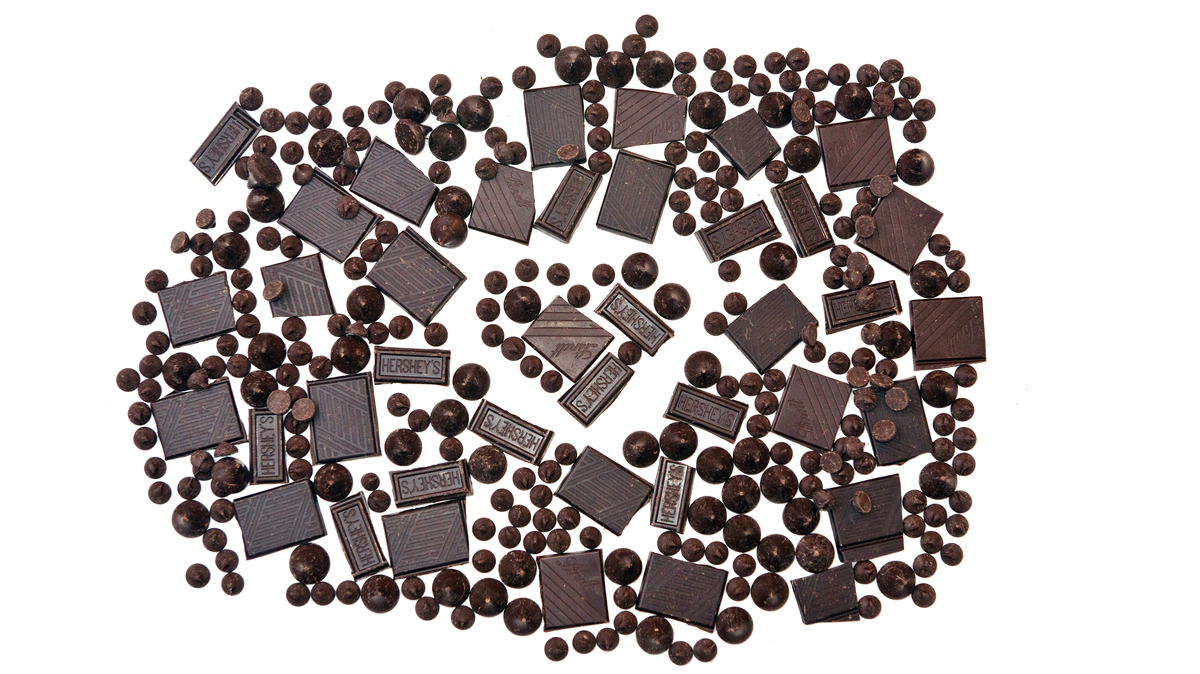 Bacteria in your gut can break down the antioxidants in chocolate into smaller, anti-inflammatory compounds.

Boy, it's a good time to be a dark-chocolate lover.

We've noted before the growing evidence that a daily dose of the bitter bean may help reduce blood pressure. There also seems to be a link between a regular chocolate habit and lower body weight.

Now scientists are offering an explanation for just why cocoa powder may be good for the heart and waistline. The magic may reside in our microbes.

The friendly bacteria in our guts can gobble up cocoa powder and turn it into compounds known to help the heart, food scientists from Louisiana State University reported Tuesday at the American Chemical Society meeting in Dallas.

The critters also convert the cocoa powder into molecules that reduce inflammation and help tell us when we're full.

"These are good compounds to have in your gut," says John Finley, who led the study. "They can get absorbed into your blood" and protect cells in your blood vessels from stress, he says.

For centuries, people have been attributing a vast array of health benefits to eating chocolate, from curing infertility and fatigue to fever and dental problems. But so far, the links to lower blood pressure and heart health have been the strongest — and one of the few benefits to pass muster in the eyes of science.

"I was holding out for scientists to prove chocolate's aphrodisiac effect," Finley jokes. "But it's the cardiovascular benefits that will probably pan out. Our findings are one more brick in the road to proving that one."

Of course, Finley is talking about cocoa powder here: The stuff that has no sugar and milk in it. "Our results don't translate to a Hershey bar," he says. "But cocoa powder goes well with many foods. I put it on my oatmeal every morning with berries."

Cocoa powder is packed with potent antioxidants, called polyphenols. These healthful molecules are also found in dark berries and black tea. And they're known to help the heart and possibly prevent cancer.

But there's one major problem with many polyphenols: They're so large that they don't get absorbed into the blood. That's where the critters in your gut can help out, Finley says.

Previous studies have found that gut bacteria like to feast on polyphenols from blackberries and tea. So Finley wanted to see what the bugs would do with the polyphenols in cocoa powder.

He and his students passed the cocoa powder through a device that mimics the human gut. First, it treats the cocoa with enzymes like the ones in your stomach. And then the remaining material goes through an "artificial colon."

"It's a rather yucky way of mimicking people's lower gut," Finely says. "It's just a mixture of fecal matter. We pay people $20 to give us a sample. We get a lot of graduate students to volunteer."

Sounds gross, but those "donations" are teeming with life — trillions of bacteria that see the cocoa powder as a five-star dinner.

"The microbes break down the polyphenols into smaller molecules that are more likely to make it across the gut into the blood," Finely says. Those compounds are the good ones that help reduce inflammation and stress in the blood vessels.

And the friendly bacteria don't stop there. They also feasted on the fiber in cocoa powder, Finley and his team found. "The microbes break down the fiber into short fatty chain acids, which get absorbed and can have an effect on satiety," he says.

Of course, Finley and his team have to confirm their results in real digestive tracts. "The next step is to give people cocoa powder and see if we can find these metabolites in the blood," he says.

Those types of experiments are critical to figuring out exactly what's in chocolate that makes it healthy for the heart, says Joshua Lambert, a food scientist at Pennsylvania State University, who wasn't involved in the study.

"That's the big missing link right now," Lambert tells The Salt. We know now that gut bacteria can break down cocoa into compounds that have beneficial cardiovascular effects, he says. But we don't know yet if these are the critical ones inside the blood.

In the meantime, I'll keep indulging my gut bacteria with a few cubes of extra dark chocolate each day. Seems like a win-win situation for both of us.