Accessibility links
How Your Love Of Burgers May Be Helping To Drive Wildlife Extinct : The Salt Many meat-eating animal lovers may not realize that their hankering for hamburgers hurts wildlife. A conservation group says some species have already been driven extinct by the livestock industry. 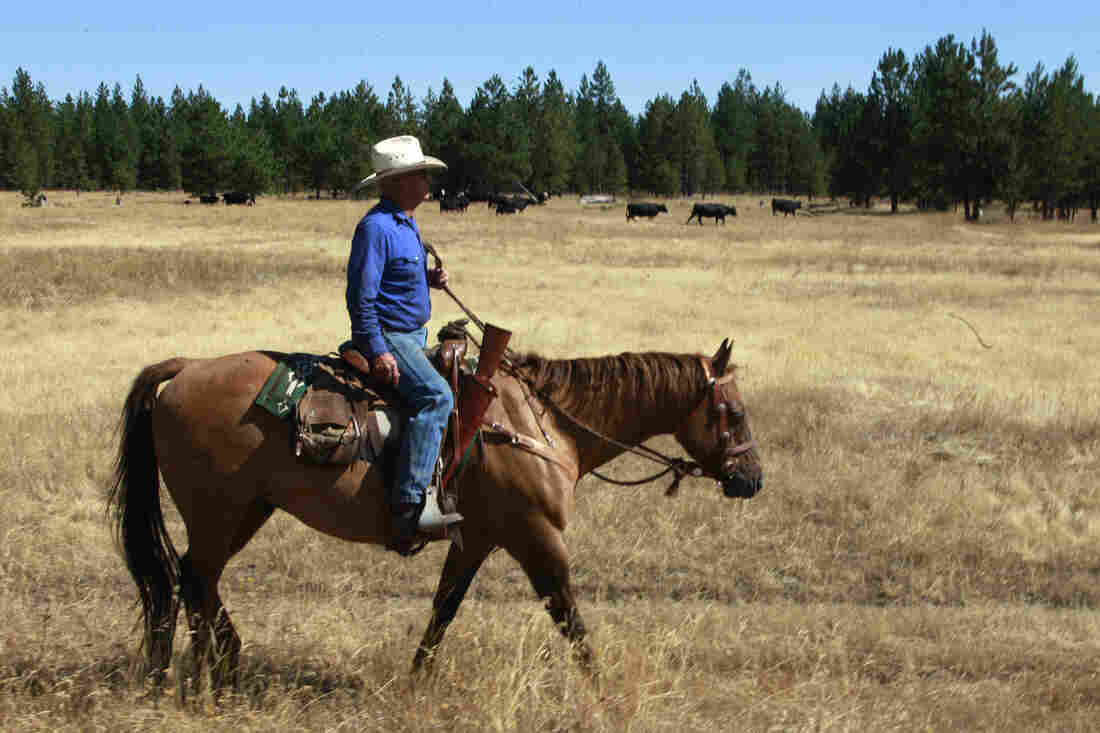 Rancher Denny Johnson looks over his cattle in Joseph, Ore., in 2011. Conservationists say ranchers raising beef cattle are responsible for the decline of some wildlife. Rick Bowmer/AP hide caption 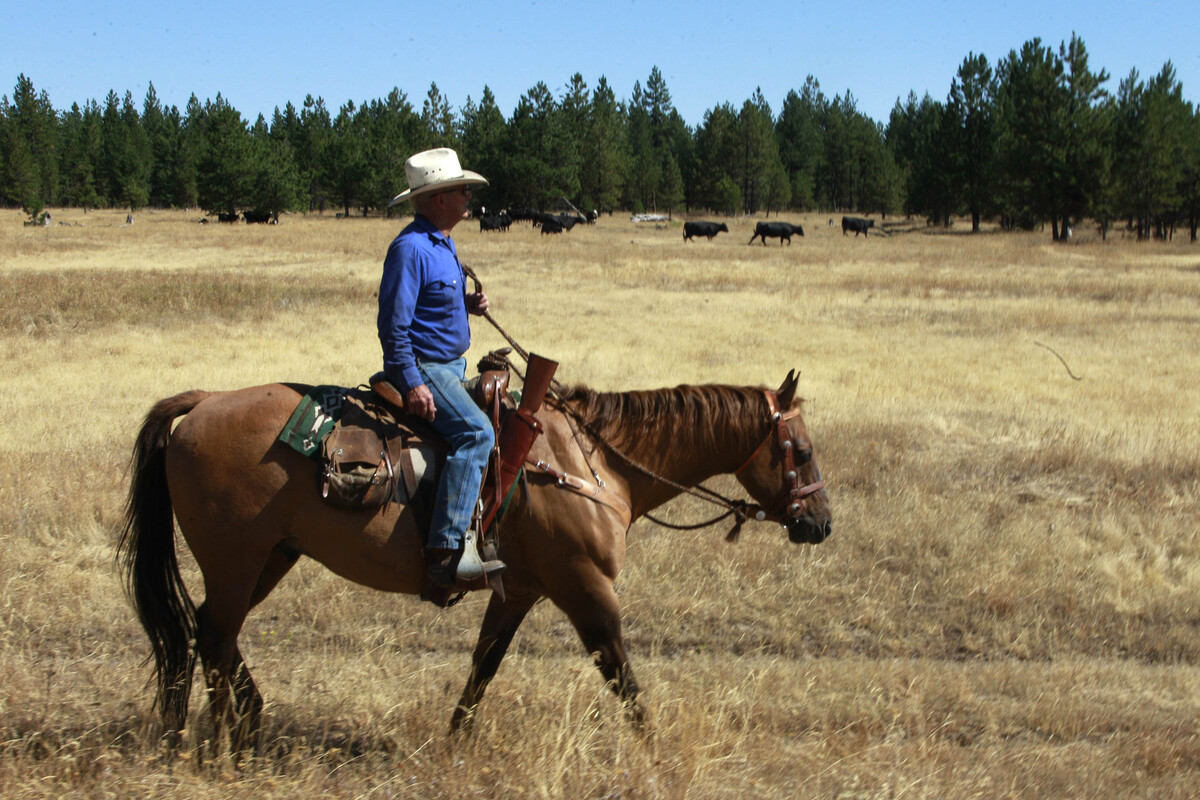 Rancher Denny Johnson looks over his cattle in Joseph, Ore., in 2011. Conservationists say ranchers raising beef cattle are responsible for the decline of some wildlife.

Many animal lovers have made peace with their decision to eat meat.

But the Center for Biological Diversity has a new campaign that hopes to convince them that a hamburger habit does wildlife a disservice.

"We need to see a drastic reduction in meat consumption to protect land, water and wildlife," Stephanie Feldstein, population and sustainability director for the Center for Biological Diversity, tells The Salt.

The conservation group says that some populations of grizzly bears and wolves have already been driven extinct by the livestock industry, and an additional 175 threatened or endangered species, like the prairie dog, could be next. Most of this drama is playing out on federal lands, where the needs of wildlife conflict with the needs of grazing cattle, she says.

The federal government has for decades promoted and subsidized cattle grazing on 270 million acres of public lands in 11 Western states. According to Feldstein, one of the hot spots of livestock-wildlife conflict is predator species like wolves and bears preying on cattle.

The California grizzly subspecies, for example, was driven extinct in the 1920s by hunters assisting farmers and ranchers, according to historical documents at the University of California, Berkeley.

Ranchers also all but wiped out the Mexican gray wolf, the most endangered wolf species in the world, in the U.S. (A few survived in Mexico and in zoos, and scientists have been trying to bring them back through breeding, the group Defenders of Wildlife says.)

"The anti-wolf policies we've seen are heavily driven by ranching interests, and while some populations of wolves are being rebuilt, they're still highly endangered," says Feldstein.

Environmental activists aren't the only ones who've pinned the demise of some species on the livestock industry. A study published in January in the journal Science linked the population declines of large carnivores — think pumas, lions and sea otters — around the world to our growing demand for meat.

The cattle industry has vigorously defended its right to kill wolves to protect the business interests of ranchers. As NPR's Nathan Rott reported in February, Montana state officials say wolves killed at least 67 cattle and 37 sheep in 2012, and many more elk. Losing those animals can be costly for ranchers: One calf can be worth $1,000 or more.

"The main reason I hunt wolves is because I've seen what they do to other animals," Bruce Stell, a Montana outdoorsman and hunter, told Rott. "They're killers. I want to do my part in managing them."

Feldstein says grazing cattle also degrade grassland habitat for prairie dogs, elk and many other threatened and endangered species. Grazing destroys vegetation and damages soils and stream banks, the CBD notes. (As we've reported, the livestock industry has been implicated in a number of other troubling ecological trends: greenhouse gas emissions contributing to climate change, water pollution and excessive waste, to name a few.)

And if you think grass-fed beef is a more "sustainable" choice, think again, says the CBD. Grazing cattle on grass has more negative impacts on the land than any other land use, the group says.

Instead, we could replace meat with plants, even one day a week. Meatless Monday, perhaps?