Accessibility links
Remember Fat-Free Mania? Take Our Survey : The Salt Fat-free products exploded onto the market in the 1990s. Did they change how you eat? We want to know. Tell us how the era influenced your eating habits and share your views on low-fat diets. 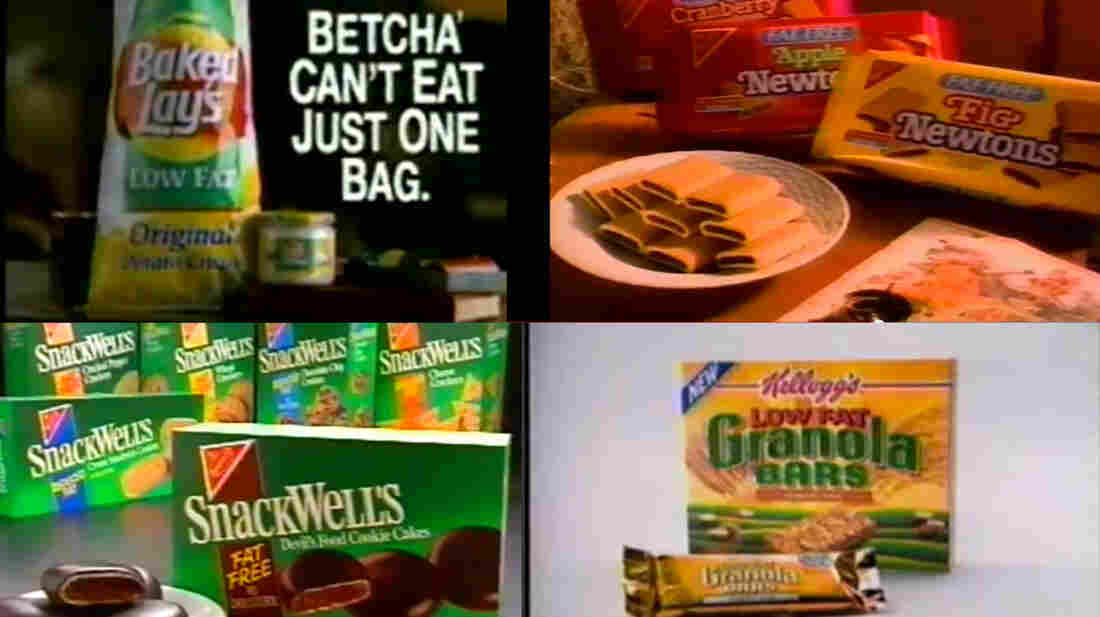 The 1990s were rife with low-fat packaged snacks, from potato chips to cookies. Youtube and RetroJunk hide caption 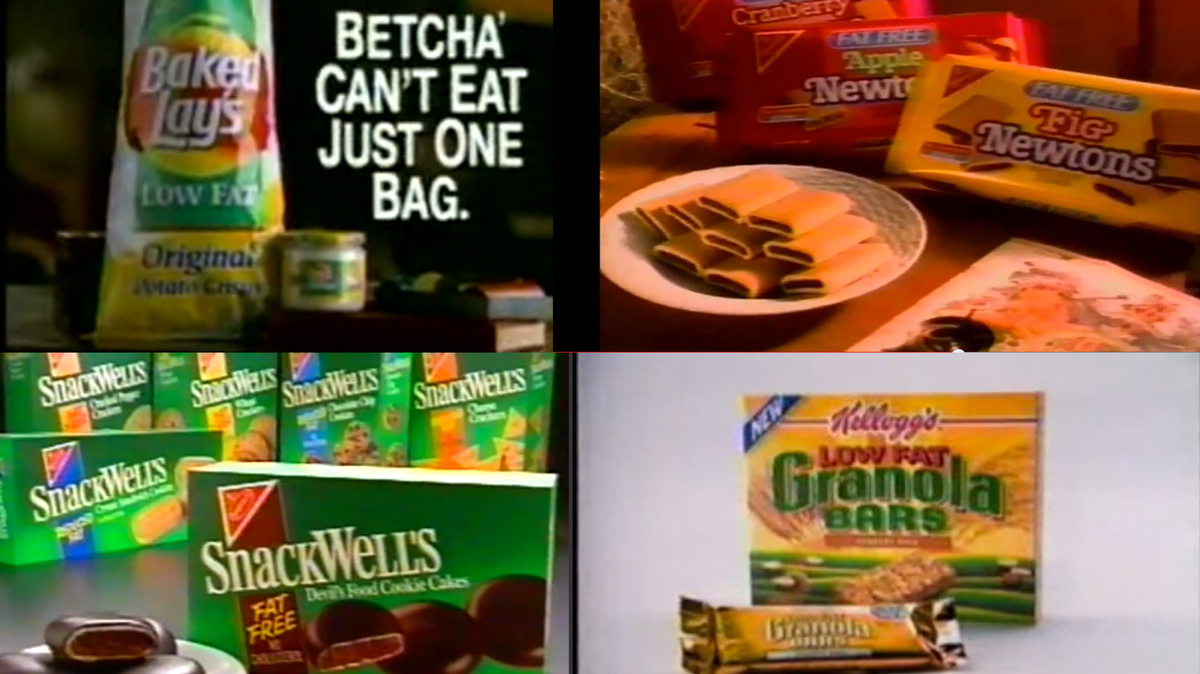 The 1990s were rife with low-fat packaged snacks, from potato chips to cookies.

If it was fat-free, it was good for us. That was the message we got from food marketers in the 1990s.

Just look back at some of the food ads from the era. Granola bars were healthy, as long as you removed the fat and added in some sugar. Same with yogurt: Skim off the fat, add sugar.

Remember SnackWells, fat-free Fig Newtons and the launch of TCBY frozen yogurt? Even super-models were eating low-fat chips without guilt.

So, did you get sucked in by the 1990s fat-free obsession? We want to know. So we've created a survey (see below). It's short, we promise.

Why look back at the fat-free craze now? As we reported this week, the scientific community is re-thinking the role of fat in our diet.

And it's a controversial topic.

A study published earlier this week concludes that there's not strong evidence to support the dietary guidelines to limit saturated fat.

But the American Heart Association says the study's conclusion could be "deceptive for some people" as they try to decide what's healthy to eat.

"You might think, 'I guess I don't need to worry about saturated fat,' and that's not true," writes Linda Van Horn, a registered dietitian and professor of preventive medicine at Northwestern University who is also a spokesperson for the American Heart Association.

Did the 1990s fat-free mania influence your eating habits then? And what about now?

We may include your responses in our two-part series next week, airing on Morning Edition.