Accessibility links
Does Beaver Tush Flavor Your Strawberry Shortcake? We Go Myth Busting : The Salt Heard the rumor that strawberry syrups contain flavoring from a beaver's tush? The potion was once a common food flavoring. But settle down! The time of beaver-spiked ice pops and pastries has ended. 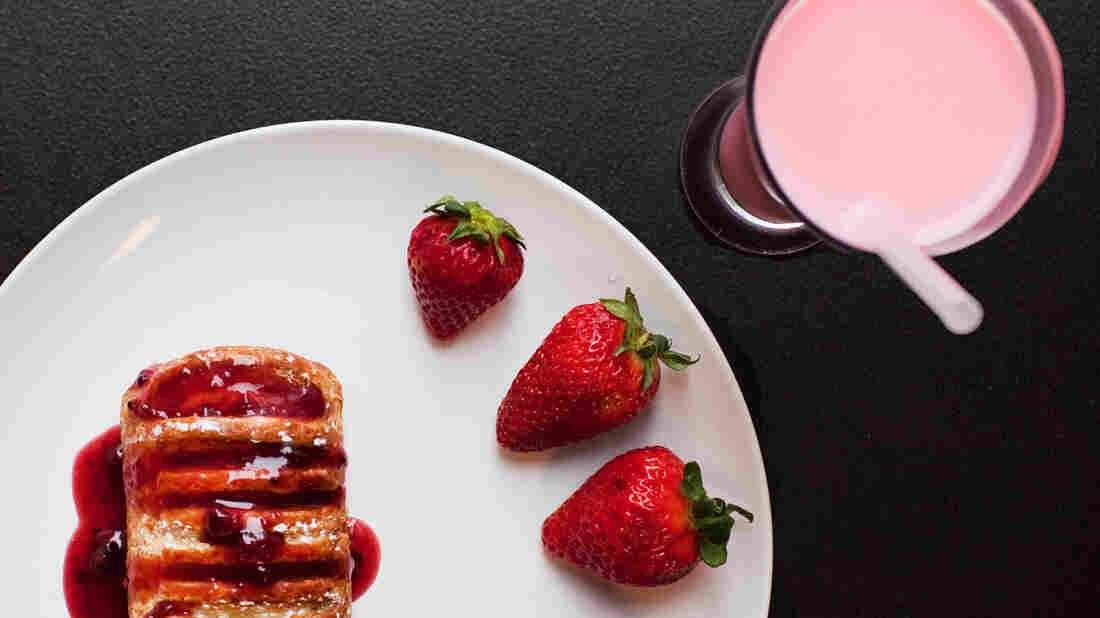 What's Flavoring Your Pastry? Decades ago, scientists used compounds extracted from a gland in a beaver's tush to help create strawberry and raspberry flavorings or enhance vanilla substitutes. But the chance of encountering eau de beaver in foods today is actually slim to none. Meg Vogel/NPR hide caption 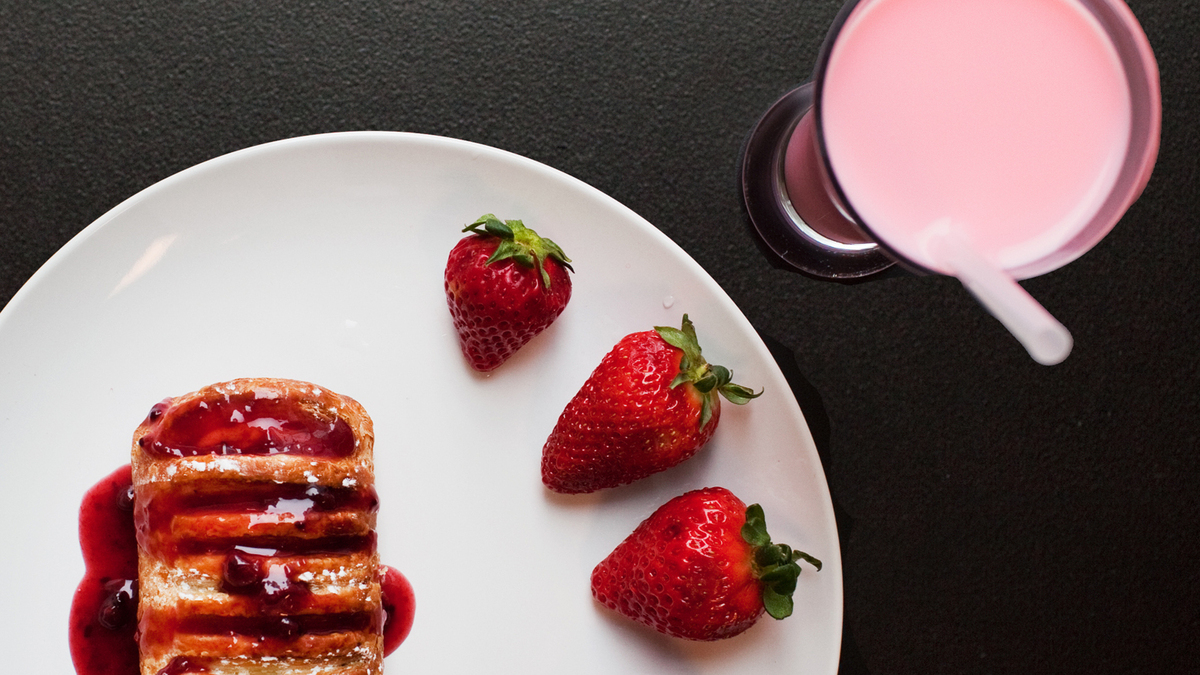 What's Flavoring Your Pastry? Decades ago, scientists used compounds extracted from a gland in a beaver's tush to help create strawberry and raspberry flavorings or enhance vanilla substitutes. But the chance of encountering eau de beaver in foods today is actually slim to none.

A few years ago, celebrity chef Jamie Oliver kicked up a foodie firestorm when he told the audience at the Late Show with David Letterman that vanilla ice cream contains flavoring from a beaver's ... um, derriere.

In the food flavoring world, the truth can be stranger than fiction. (Remember when Starbucks was coloring its strawberry Frappuccinos with crushed bugs?) And since Oliver's big reveal, the Internet has perpetuated the tale of the beaver tush flavoring.

But was Oliver telling the truth? Or was he pulling our turkey legs?

Probably a little bit of both, says flavor chemist Gary Reineccius, from the University of Minnesota.

Decades ago, he explains, scientists did indeed extract compounds from a gland in a beaver's tush. And then they would use the potion to help create strawberry and raspberry flavorings or to enhance vanilla substitutes.

And these days, the Food and Drug Administration regards the beaver extract as a safe, natural flavoring. There's even a Swedish schnapps flavored with it, called baverhojt.

But the chance of encountering eau de beaver in foods today is actually slim to none, Reineccius says. It's simply too expensive. So companies have pretty much stopped using it.

"In the flavor industry, you need tons and tons of material to work with," Reineccius tells The Salt. "It's not like you can grow fields of beavers to harvest. There aren't very many of them. So it ends up being a very expensive product — and not very popular with food companies."

In 2004, the food industry used only about 300 pounds of the beaver extract, according to according to the fifth edition of Fenaroli's Handbook of Flavor Ingredients, an industry bible of sorts. That's a mere drop in the bucket compared with the amount of vanilla extract used. And in 2011, the Vegetarian Resource Group asked five companies that make vanilla flavoring if they used any beaver extract. All of them said no.

"If food companies can find anything else to substitute for vanilla or to create a strawberry flavor, they will," Reineccius says. "It actually isn't very hard to make a basic strawberry flavor that you would recognize with just two compounds."

So why did flavor scientists go looking to beaver behinds in the first place?

Turns out, the scent of beaver is not only pleasant but downright wonderful, wildlife ecologist Joanne Crawford told National Geographic in October.

"I lift up the animal's tail and I'm like, 'Get down there, and stick your nose near its bum,' " she said, adding, "People think I'm nuts. I tell them, 'Oh, but it's beavers; it smells really good.' "

Like dogs, beavers mark their territory by secreting pungent scents from their behinds. But unlike Fido's odors, the fragrance of beavers has been prized by perfumers for centuries. Extracts of its secretions are thought to have put the "oh!" in many famous eaux de toilette, from Chanel to Shalimar.

So why such a fuss over a rodent's secretion?

The beaver's scent contains hundreds of compounds, including ones that smell like honey, anise and even raspberry. At high concentrations, the mixture has an intense animal, musky and leathery odor. But at low concentrations, the bouquet supposedly takes on more subtle nuances.

Those fruity fragrant compounds probably come from the beaver's diet of bark and leaves, Crawford told NatGeo, and because the beaver secretions don't contain foul-smell bacteria.

And with that refresher on biology, we can all go safely back to enjoying a cup of vanilla ice cream with strawberry syrup drizzled on top.