Accessibility links
Should We Close Part Of The Ocean To Keep Fish On The Plate? : The Salt Tuna, swordfish and other migratory fishes are being overfished by vessels on the high seas. A new proposal says we should close these international waters for a few years to let the fishes rebound. 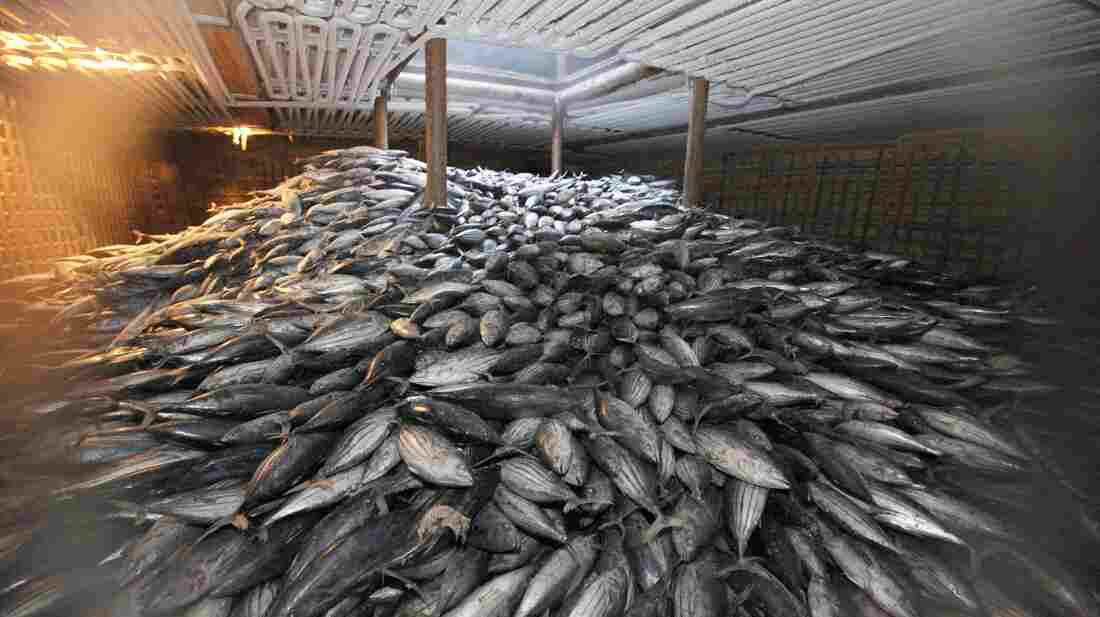 Frozen tuna in the hold of the Chinese ship "Heng Xing 1" in an area of international waters near the exclusive economic zone of Indonesia, 14 November 2012. Alex Hofford/EPA /LANDOV hide caption 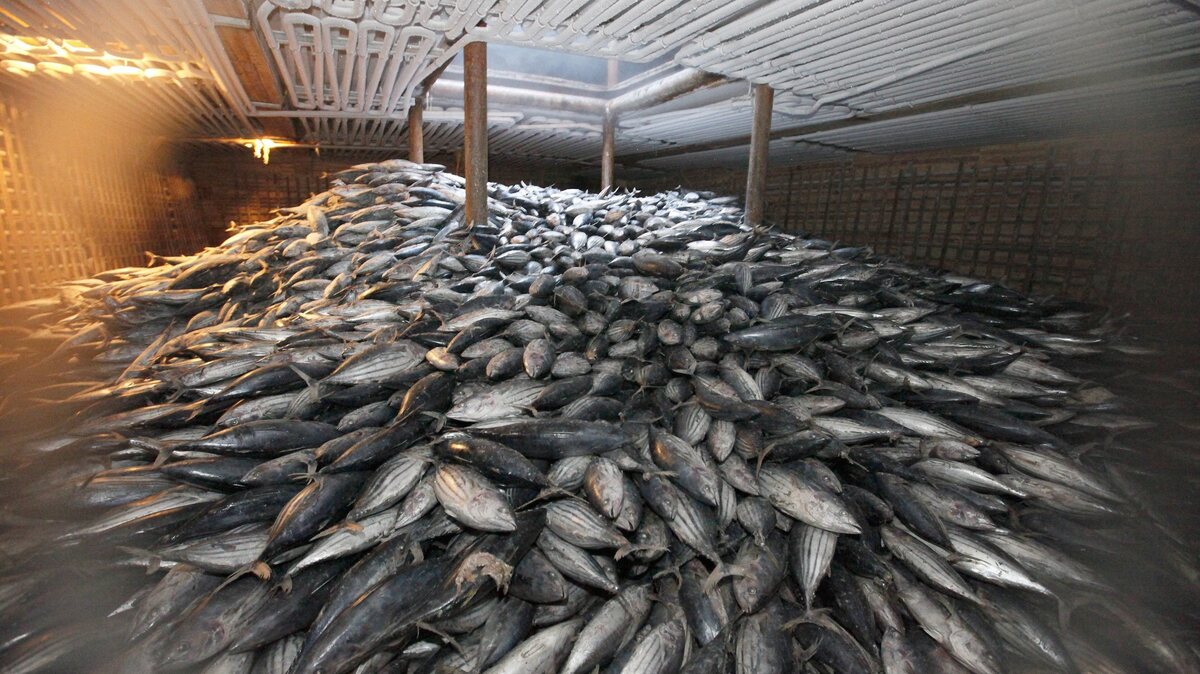 Frozen tuna in the hold of the Chinese ship "Heng Xing 1" in an area of international waters near the exclusive economic zone of Indonesia, 14 November 2012.

For lovers of fatty tuna belly, canned albacore and swordfish kebabs, here's a question: Would you be willing to give them up for several years so that you could eat them perhaps for the rest of your life?

If a new proposal to ban fishing on the open ocean were to fly, that's essentially what we might be faced with. It's an idea that might help restore the populations of several rapidly disappearing fish – like tuna, swordfish and marlin — that we, and future generations, might like to continue to have as a food source.

Why Overpriced Japanese Sushi Is Bad For Bluefin Stocks

The novel conservation plan, introduced recently in a paper in the journal PLoS Biology, would close international waters – where there's currently pretty much a fishing free-for-all — to all fishing and restrict commercial fishermen to coastal areas managed by individual nations. The authors, Crow White and Christopher Costello, suggest turning the open ocean into a worldwide reserve for the migratory species that travel huge distances.

That reserve would give these fish populations to chance to rebound. And the fish that strayed into coastal national waters, where fishing would remain legal, could meanwhile be caught by fishermen. Overall, under such a plan, fish populations would grow healthier, fishing would become a more lucrative business and we would have more fish to eat, the researchers argue.

But let's face it: Closing off most of the ocean to fishing boats would be a pretty drastic move.

But as White, a marine biologist at the California Polytechnic State University in San Luis Obispo, notes, the policies we currently have in place to regulate fisheries — catch quotas, seasonal closures and minimum size limits — aren't working.

"We're already failing to create, much less enforce, other fishery regulations on the high seas," White tells The Salt. 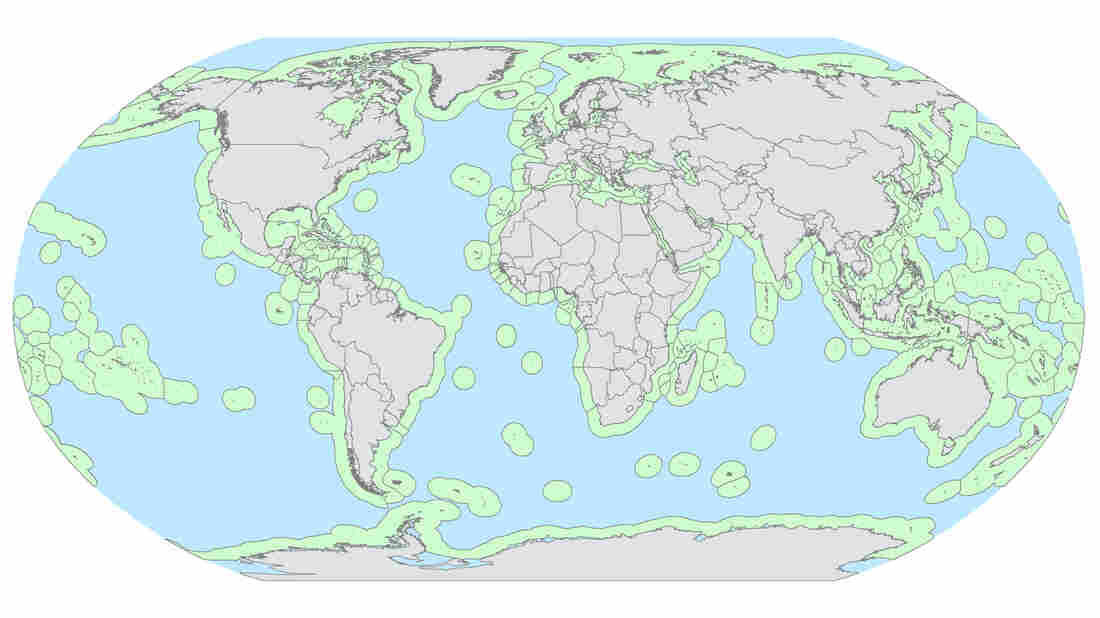 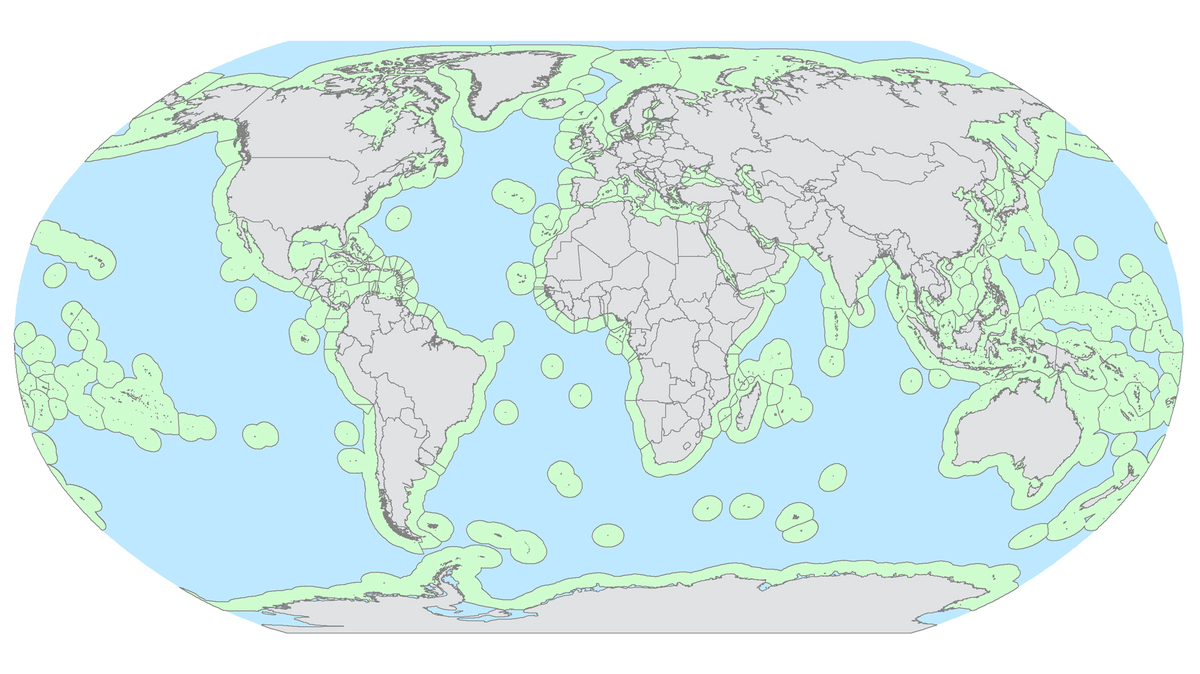 The "high seas," according to the Food and Agriculture Organization, are international waters more than 200 miles from land that make up 64 percent of ocean's surface and 95 percent of its volume.

In these waters, millions of tunas, sharks and billfish every year are hauled onto enormous industrial-scale fishing vessels at a rate faster than they can reproduce. Tunas are a main target of high seas fishing boats, with species like the Atlantic bluefin, albacore and bigeye especially impacted by overfishing.

Costello, an environmental and resource economist at the University of California, Santa Barbara, tells The Salt that populations of these fish could start rebounding within five or ten years of enacting a high seas fishing ban. He says catches — and availability for consumers — would decline for only a few years.

"By catching less fish in the short run we'd be able to catch more fish every year on a sustainable basis forever," he says. "This has huge implications for food security." 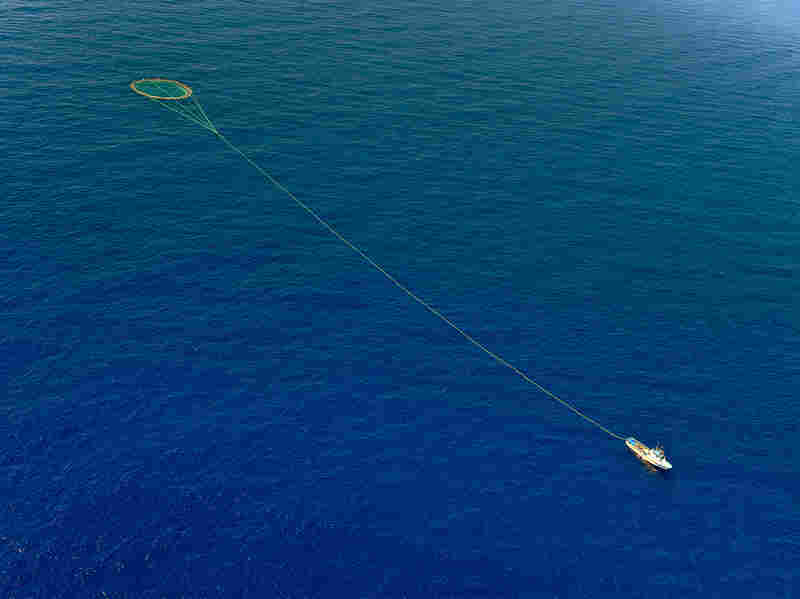 A tuna fishing boat drags a cage of nets on the Mediterranean sea in 2010. (The Mediterranean is not considered to be part of the "high seas.") Andreas Solaro/AFP/Getty Images hide caption 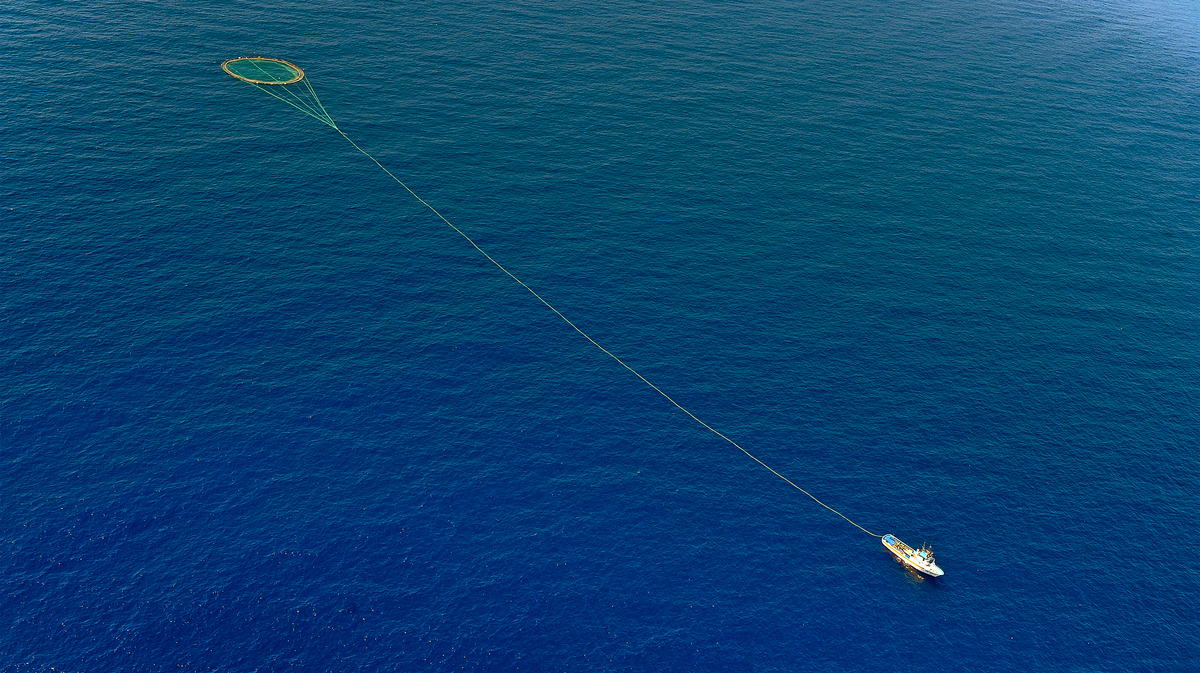 Enforcement could be relatively simple, too, says White — with the help of satellites. Any large ship observed moving slowly, meandering in circles or simply drifting in international waters would be considered suspicious.

White and Costello expect some nations — like Spain, China and Japan, which have major investments in fishing fleets in international waters — to resist the idea of a ban. White says that Spain, especially, could be impacted because, while it currently relies heavily on offshore fish populations, it has relatively little of its own national waters to exploit.

White and Costello aren't the only ones raising the idea of a fishing ban in international waters. Martin Stuchtey, with the global management consulting firm McKinsey & Company, recently argued that high seas fishing operations are overall a losing endeavor, as reported by AFP. Fishing on the high seas is often supported with subsidies. But Stuchtey calculated that closing the high seas would cost every person on earth $2 but would ultimately give them a return of $4.

There could be unintended environmental consequences, however. Gib Brogan, fisheries campaign manager with Oceana, wonders if restricting the global fishing fleet to nearshore waters could have adverse effects on fishes like flounder, snapper and grouper that occupy these waters year round.

"If we swap diffuse fishing across a wide swath of ocean for intense fishing on the edges and near shore, will this be a good thing or will it just concentrate the effects near shore?" Brogan says in an email.

Costello, the environmental economist, says no, because overfishing of nearshore species could be avoided if each nation steps up to manage its own resources and protect them from foreign plundering.

Costello and White are now taking the next step toward a high seas fishing ban by trying to determine precisely how such a measure might affect individual nations, certain fish species and seafood consumers. Costello expects that research to be published in about a year.

"All big ideas have to start somewhere," White says.