Accessibility links
Farmers Need To Get 'Climate Smart' To Prep For What's Ahead : The Salt Climate change will likely hurt food production, raise food prices and increase hunger. But those calamities may not be inevitable, according to a group of international agriculture researchers. 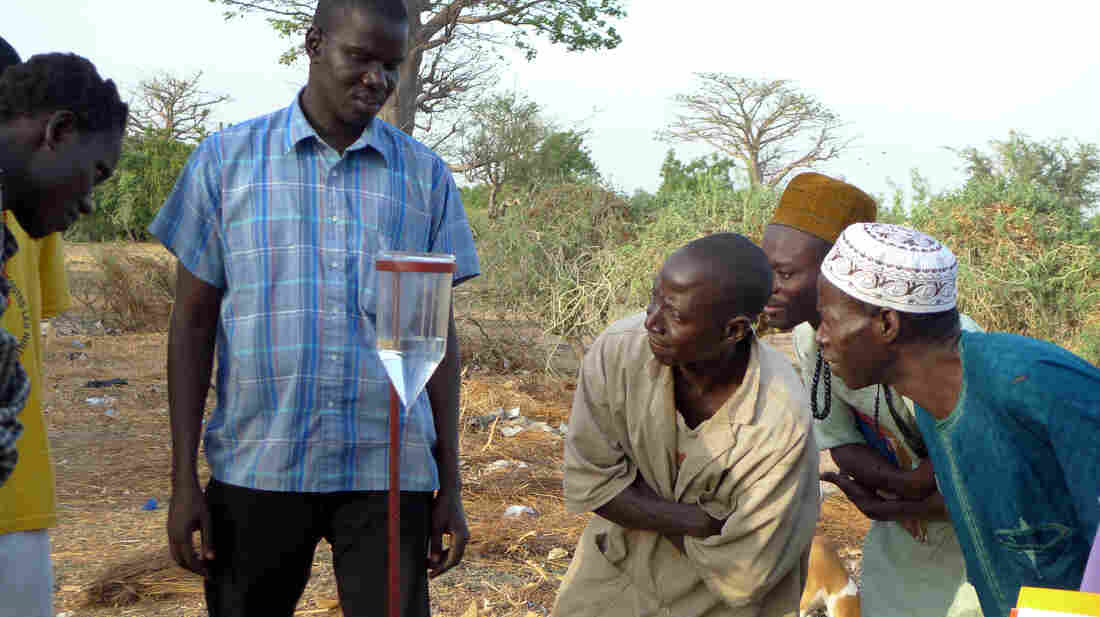 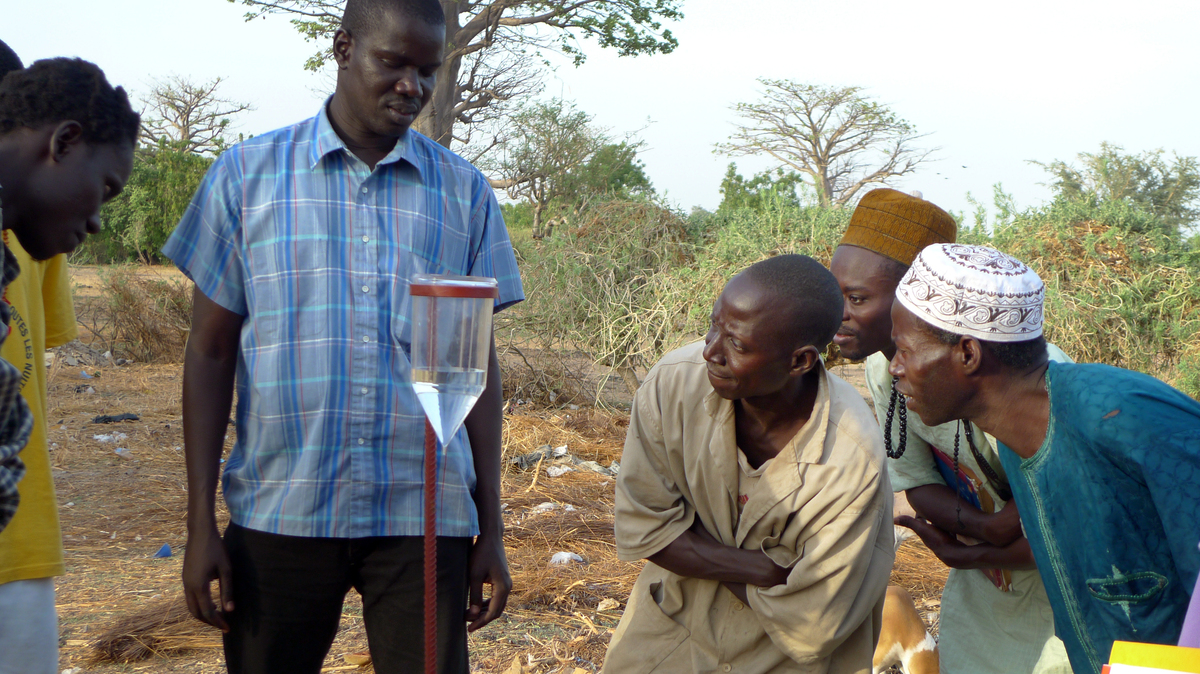 Farmers participate in a CGIAR climate training workshop on how to interpret seasonal rainfall forecasts in Kaffrine, Senegal.

The planet's top experts on global warming released their latest predictions this week for how rising temperatures will change our lives, and in particular, what they mean for the production of food.

The report, sadly, is massive and excruciatingly hard to digest. Our hats go off to the good folks at the Consultative Group on International Agricultural Research (CGIAR), who summarized it with easy-to-read infographics on what to expect over the next several decades.

At the same time, those calamities may not be inevitable. According to CGIAR, "Adaptation will be key." 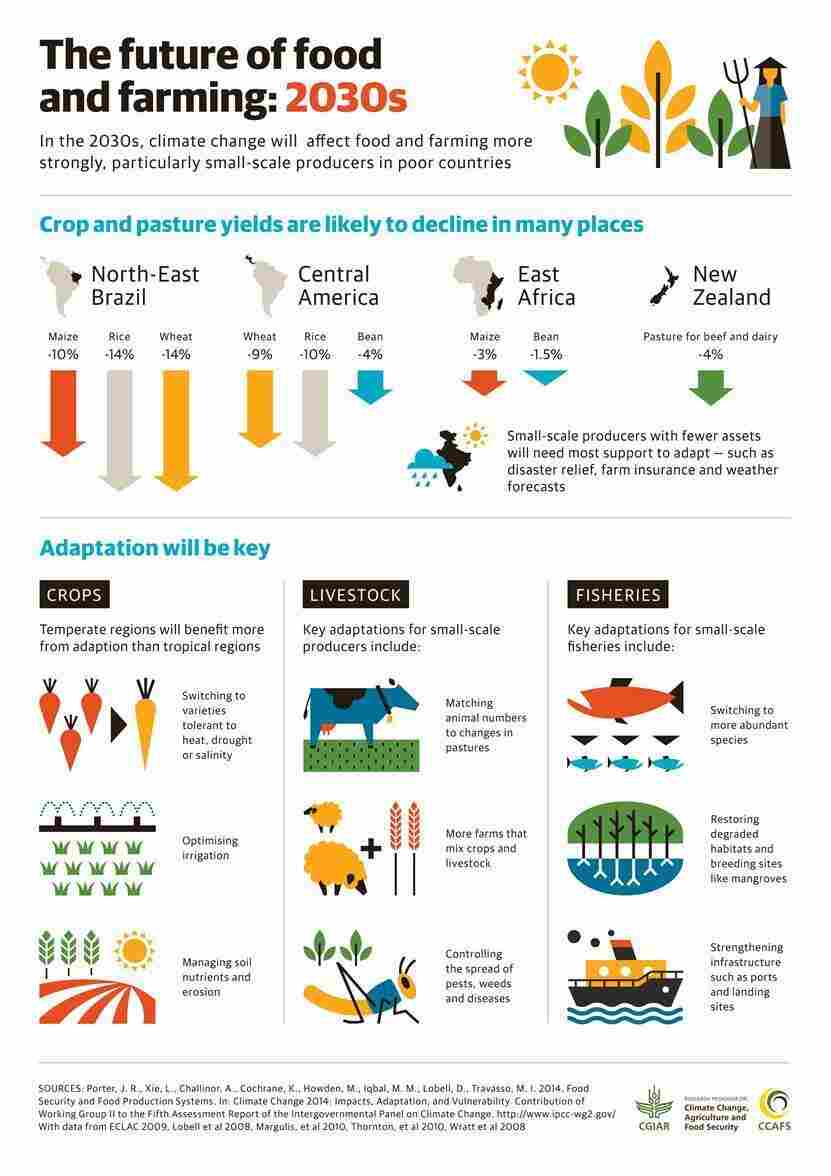 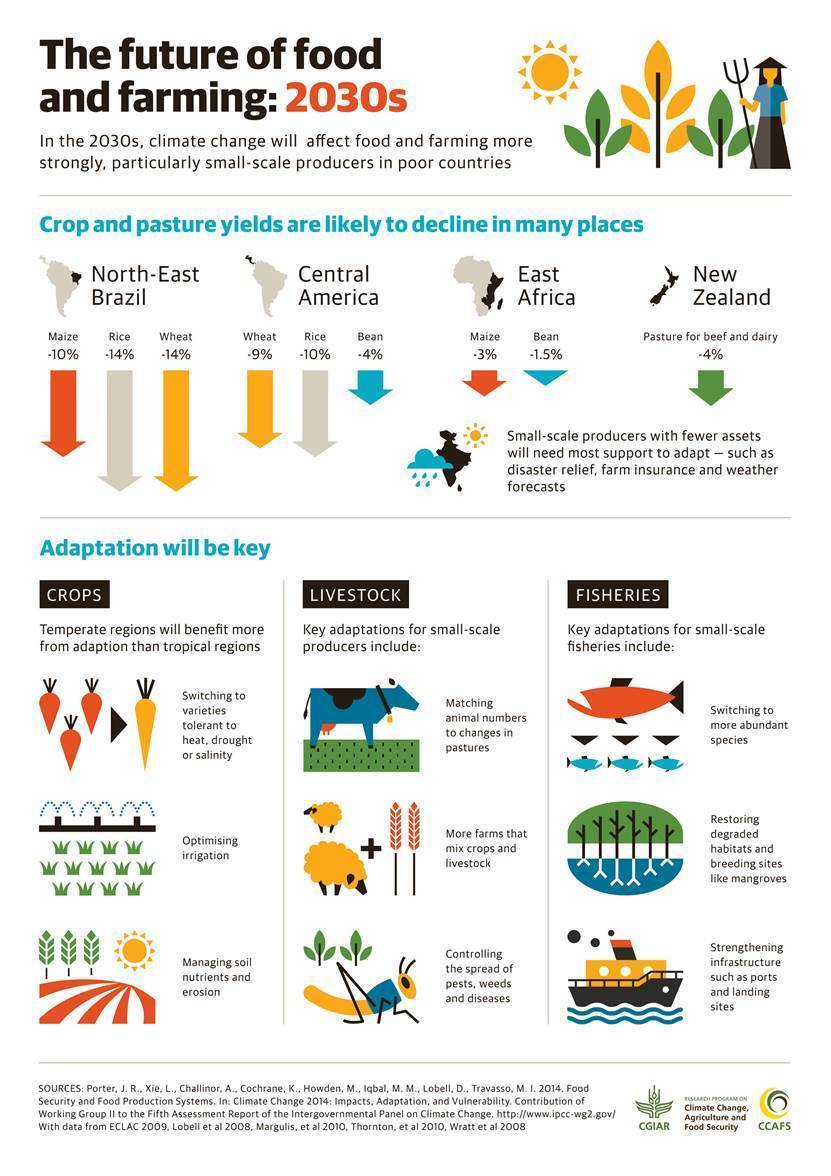 If you want to see more infographics like this one, check out what CGIAR put together on the 2010s and the 2050s.

Adaptation is climate-change jargon for everything that people can do to avoid the effects of rising temperatures, from building higher seawalls to installing air conditioning.

Even if you're just talking about farming, the list of possible adaptations is long. It includes irrigation, switching to crop varieties that can better withstand high temperatures, planting earlier to take advantage of longer growing seasons, fighting new insect pests, and building new transportation infrastructure that will allow countries to move food to where it is needed most.

International donors, including the World Bank, are now pouring money into research on "climate smart agriculture." They're trying out specific innovations among farmers in 15 "climate smart villages" that have been identified in sub-Saharan Africa and South Asia.

In one area of Senegal, for instance, farmers are now getting more accurate weather forecasts, delivered via cellphones. Andy Jarvis, of the International Center for Tropical Agriculture, says these forecasts are vitally important, because farmers want to plant their crops just as the rains start, and the true start of the rainy season can't be easily predicted.

It may vary, from one year to the next, by a month or more, and farmers can easily be fooled into planting too early by a small rain that's not sustained. Jarvis says this program is now expanding to reach more farmers. There's a video about the program here.

According to this week's report from the Intergovernmental Panel on Climate Change, adaptive measures like these offer significant benefits — like boosting the yields of major grain crops by an estimated 15 to 18 percent, compared with current yields.

Come 2030, we might just have to develop a taste for sorghum biscuits.