Accessibility links
Tasting French Fries For A Living Can Be A Pain In The Mouth : The Salt Food industry "sensory panelists" spend hours chewing, swishing and analyzing food, sometimes to the point of pain. These tests ensure mass-produced products like frozen french fries hit the spot. 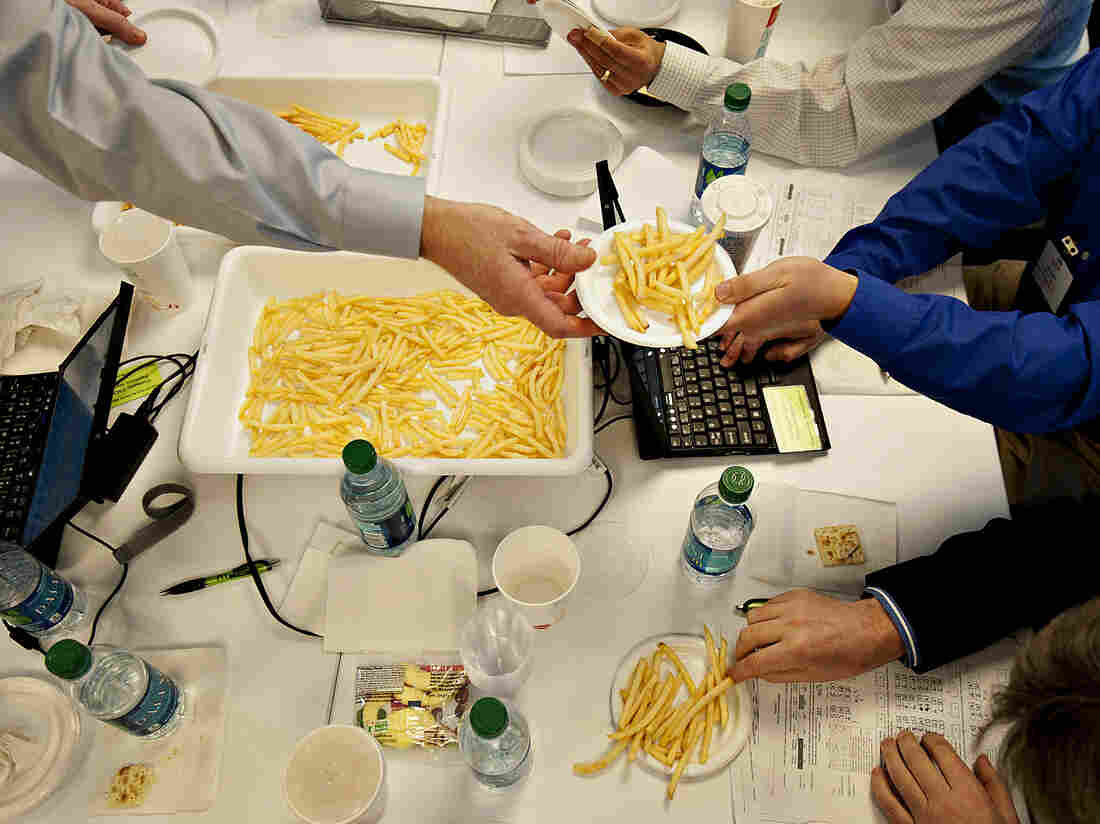 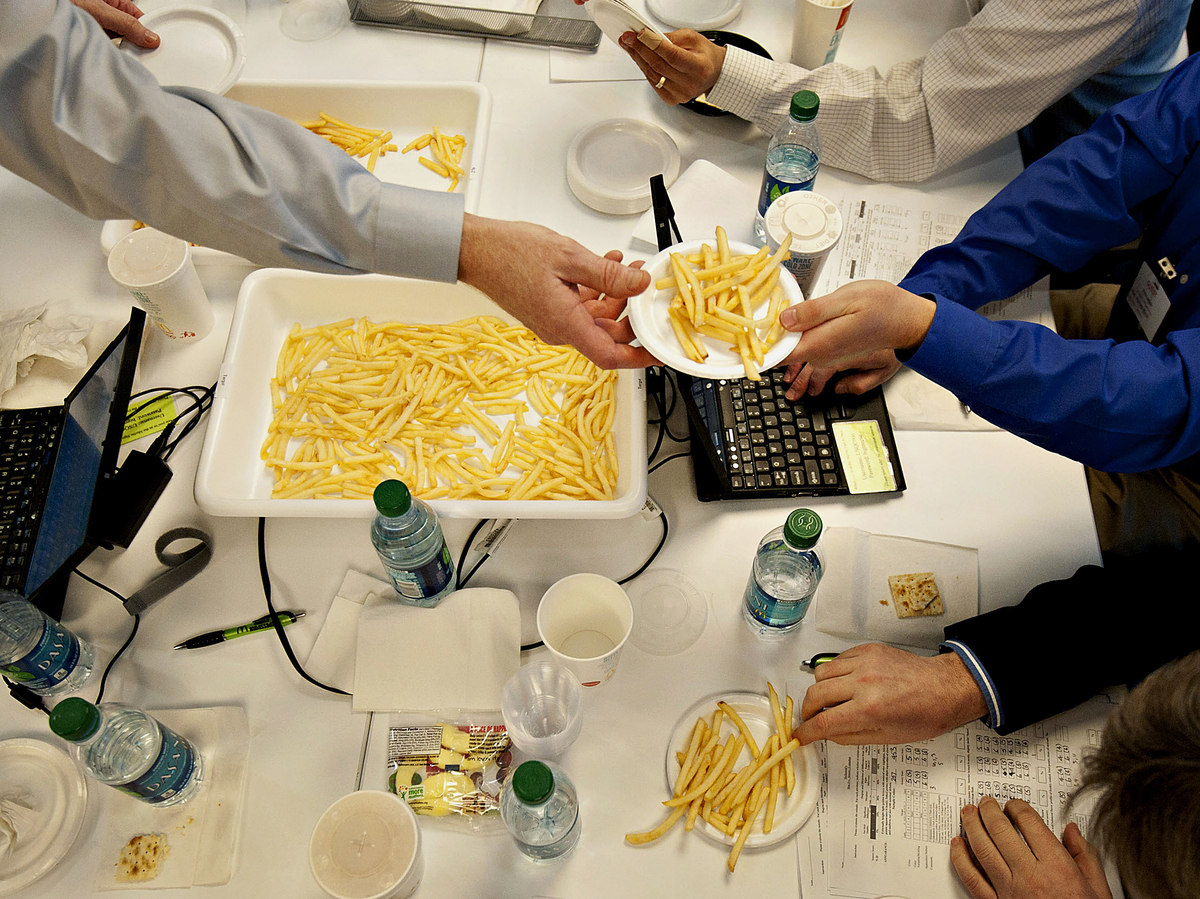 Behind all of the mass-produced food that's churned out by fast-food restaurants and cafeterias is a hidden army of workers: professional taste testers, or "sensory panelists." Their job is to evaluate every aspect of a food product — from the texture to the spice combination to the salt levels — before it hits consumers' plates.

Spend the day sampling food and get paid for it — doesn't sound so bad, does it? But as one former professional food tester recently interviewed by The Billfold revealed, the work often is not all that appetizing.

Matthew, a freelance illustrator, spent eight months testing frozen fried foods — from French fries and Chinese food to jalapeno poppers — at a big frozen food company that counts several major fast food chains among its clientele. "I'd come home with huge blisters in my mouth from the salt," he told The Billfold.

Taste experts like Matthew have to go through intense training to be able to talk about food objectively, says Tanya Ditschun, the director of sensory science at Senomyx, a company that develops flavor ingredients.

During training, which can take months, panelists are taught descriptive words and to measure the intensity of each characteristic.

"We were taught a trade-secret flavor intensity scale that we used as a metric to judge all other foods against," Matthew told Billfold reporter Mike Dang. "At the low end is oil, and at the high end is a strong fruit juice."

But getting everyone to agree can prove quite challenging. "We'd be eating slices of pizza, and trying to agree exactly how many points to give each element and have hourlong arguments," he said.

Matthew said he spent more than half of his four- to six-hour days testing dozens of products, taking large bites of potato and swishing it around in his mouth while taking note of all the different characteristics before spitting everything out.

And then he'd repeat.

"We'd be doing eight to 15 products a day, so to save time you'd end up swallowing some of it," he said in the interview. "There were countless hours with mushed up potatoes swirling around your mouth."

Electronic Tongues Are The Beer Snobs Of The Future

To cleanse the palate, panelists typically rinse their mouths with water. Ditschun says companies also use unsalted saltine crackers, carrots and even mozzarella cheese to get rid of any lingering flavors.

The work can be tiring, which is why Ditschun says this is more of a part-time gig than a full-time job.

Some tasters of packaged food arguably have it even harder than Matthew. According to Bloomberg Businessweek, companies also use part-time testers to figure out when food goes rancid.

Being a "sensory panelist" can extend beyond food, too. Ditschun tells The Salt that at a previous job, she was once asked to manage a program of "nasal rangers" — experts who test the level of pig manure in the air, she says. "So that's a pretty gross one."

Despite the less glamorous side of the sense industry, the pool of applicants still remains abundant. "From my experience, there are a lot of people who are interested in doing it," Ditschun says. "So we never seem to be short of candidates."

And companies are willing to shell out the money to recruit. "[They spend] thousands of dollars to ... test a handful of people," Ditschun says.

Some companies might look to one-time consumer surveys as a cheaper alternative, but even that can ring up tens of thousands of dollars for just one test, says Ann Colonna, who runs a sensory program at Oregon State University.

So the next time you bite into that curly fry, remember the sore mouths of the trained sensory panelists who ate fry after fry to ensure that the final product really hits the spot.