Accessibility links
Cuisine And Culture Transform A Dallas Neighborhood : The Salt Trinity Groves, a 15-acre restaurant incubator, brought Chinese-Latin food and economic vitality back to West Dallas. What was once a dangerous neighborhood is now a hot spot for international eats. 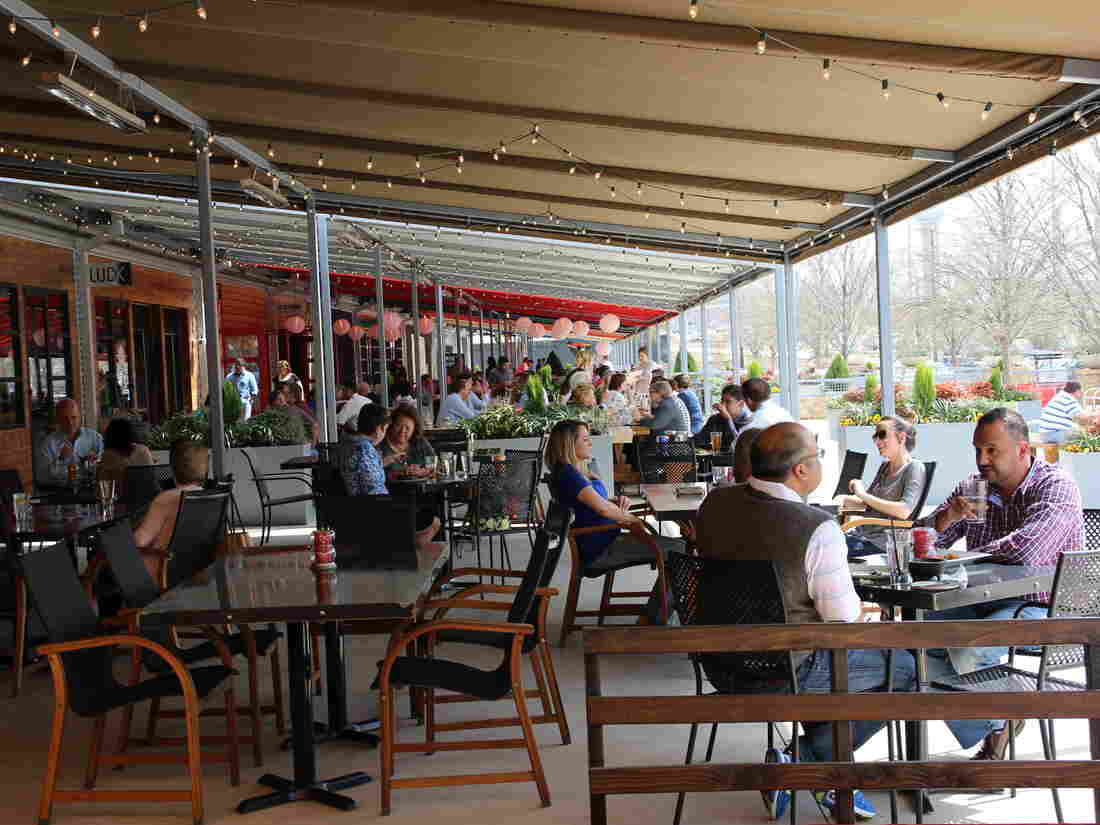 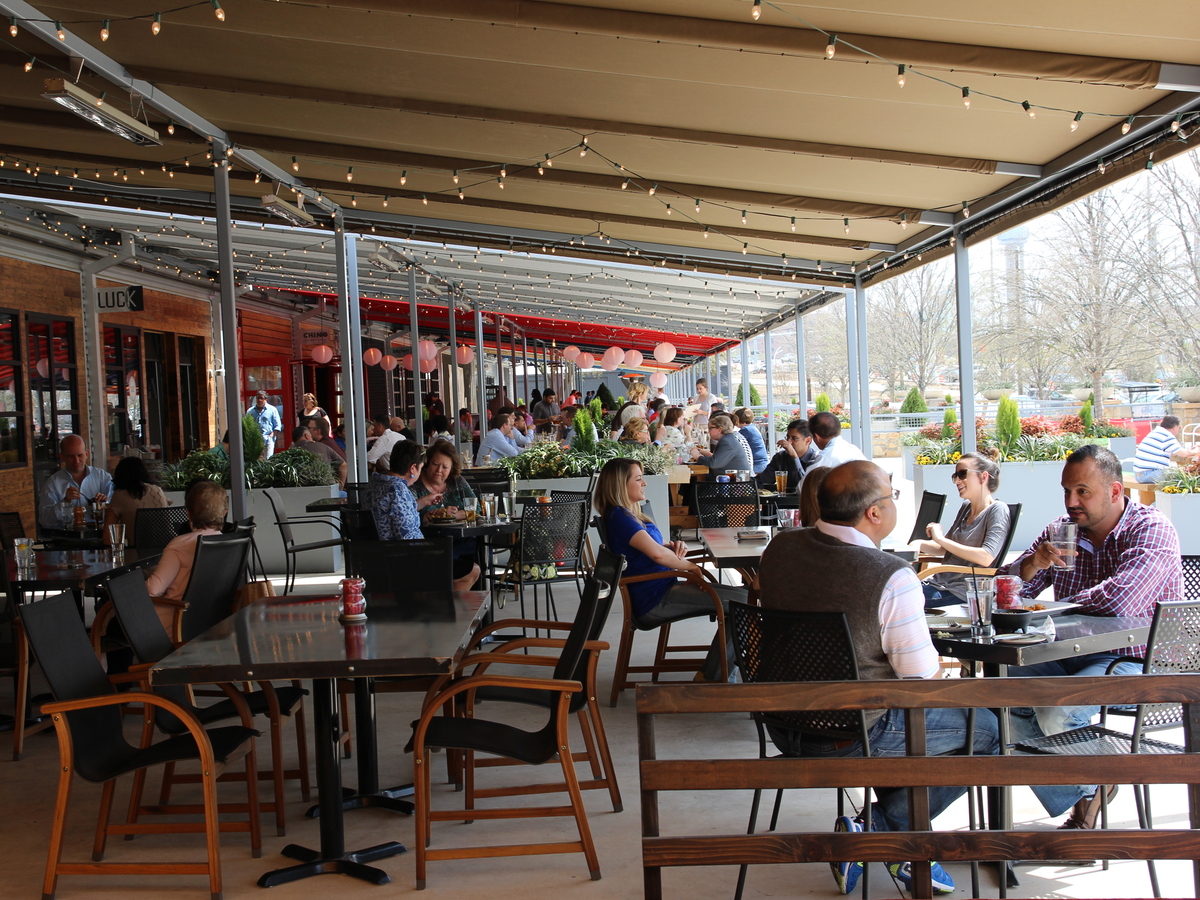 Can food revitalize an ailing neighborhood? In Dallas, global flavors seem to be playing a pretty big part in one area's transformation.

For decades, West Dallas was a ramshackle place: a Superfund site with a cement plant, some crime-ridden warehouses and a modest Latino neighborhood known as La Bajada across a potholed two-lane bridge from the glittery downtown. 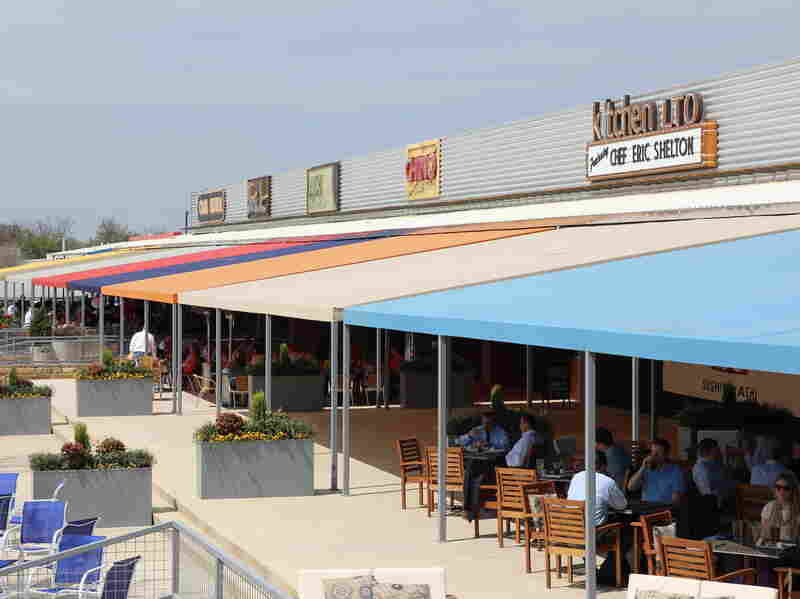 The offerings at Trinity Groves include a Moroccan joint with belly dancing, and a Chinese-Latin fusion restaurant. Rebecca Combs/Courtesy of Trinity Groves hide caption 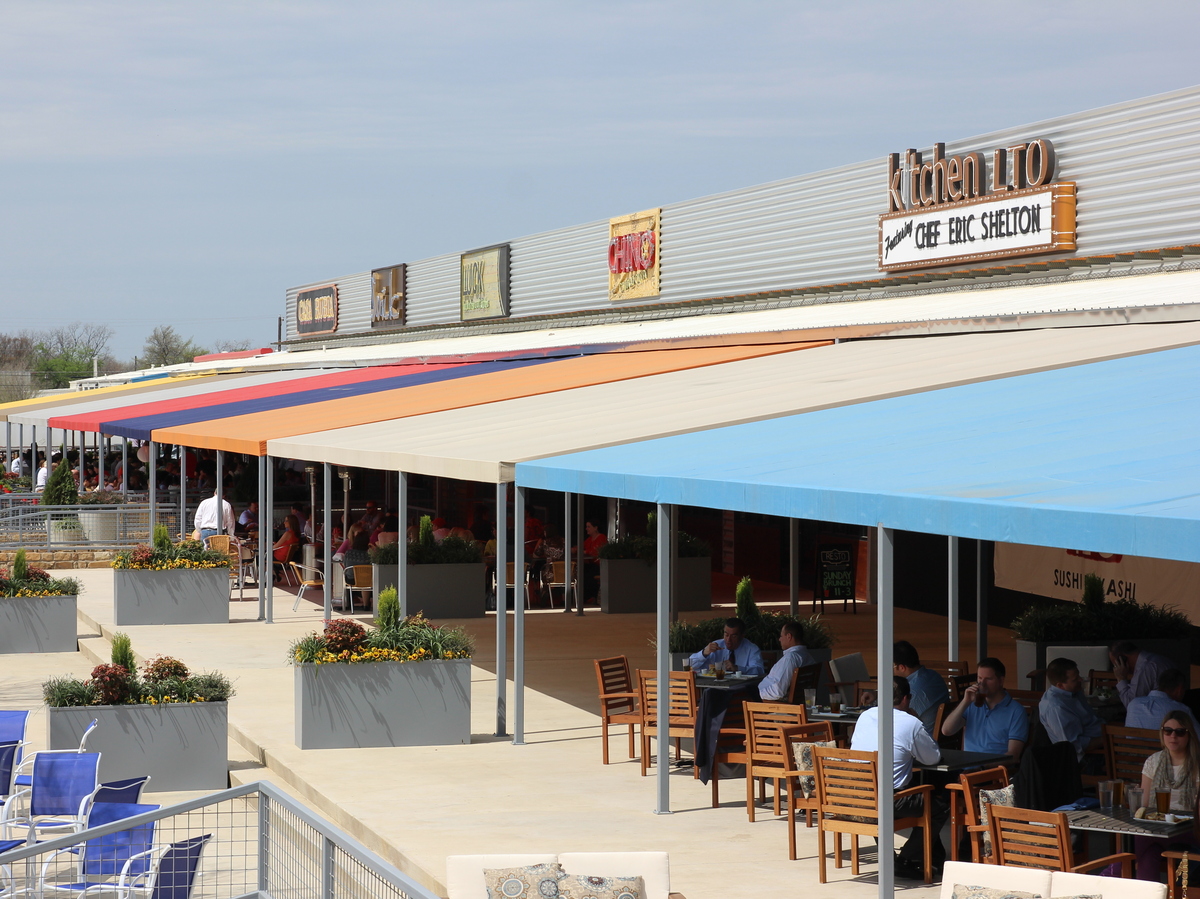 The offerings at Trinity Groves include a Moroccan joint with belly dancing, and a Chinese-Latin fusion restaurant.

This place was kind of like a desert with not so much to do, but it had some of the best views of downtown. Now there's a soaring new bridge that some called the "Bridge to Nowhere." But with a dozen new restaurants, nowhere is becoming somewhere.

Stuart Fitts is the principal investor in an 80-acre development project in the area that hopes to generate $3 billion. And it all starts with Trinity Groves, a 15-acre restaurant incubator that's designed to attract diverse chefs whose restaurant ideas might be worth taking national.

"The Trinity Groves concept has never been done anywhere before," Fitts says. "We knew that we wanted to change the perception from old Dallas that this is a dangerous place. It's not."

Phil Romano, the Macaroni Grill founder, started buying up property here a decade ago. He's the food guy behind this project, and says they're catering to and working with millennials.

The idea is to bring in young chefs with no money, invest half a million dollars in their plan, and then, if they're good, take the business national. It's kind of like Shark Tank, but better, Romano says.

Nearly a dozen restaurants now fill the renovated warehouse, from a Moroccan place with hookahs and belly dancers to a Chinese-Latin mashup. And it's all just three minutes from downtown.

"I was driving through the area, and I had already heard about some of the redevelopment," says Mike Casas, who grew up just four blocks from the area but moved out to find a job. "I came out here at night one day, and I did not recognize the area at all."

Excited, he invited his extended clan back to the old neighborhood to celebrate his 44th birthday. The Casas family queued up at a joint called Hofmann Hots to eat gluten-free New York wieners, some topped with bruschetta, avocado or Asian slaw.

"The food was really great," he says. "And I thought it was nice to be able to bring my kids back to experience this part of Dallas."

But what's unique about this project, says Jeff Herrington with the West Dallas Chamber of Commerce, is that the nearby La Bajada community wasn't forced out to make room for Trinity Groves.

"The No. 1 priority of this area was to preserve La Bajada as a neighborhood," Herrington says. "And [the residents] were understandably worried, because another neighborhood, which is colloquially referred to as Little Mexico, was basically obliterated back in the '90s by development."

There's still a lot of skepticism about Trinity Groves. But the packed lots along the riverfront suggest that, right now, it's the place to eat.