Accessibility links
Quinoa Is Kosher For Passover, But Mom May Not Approve : The Salt The Orthodox arbiters of kosher inspected quinoa fields in the mountains of Peru and Bolivia. And now for the first time, they've given their Passover seal of approval to the ancient "pseudo-cereal." 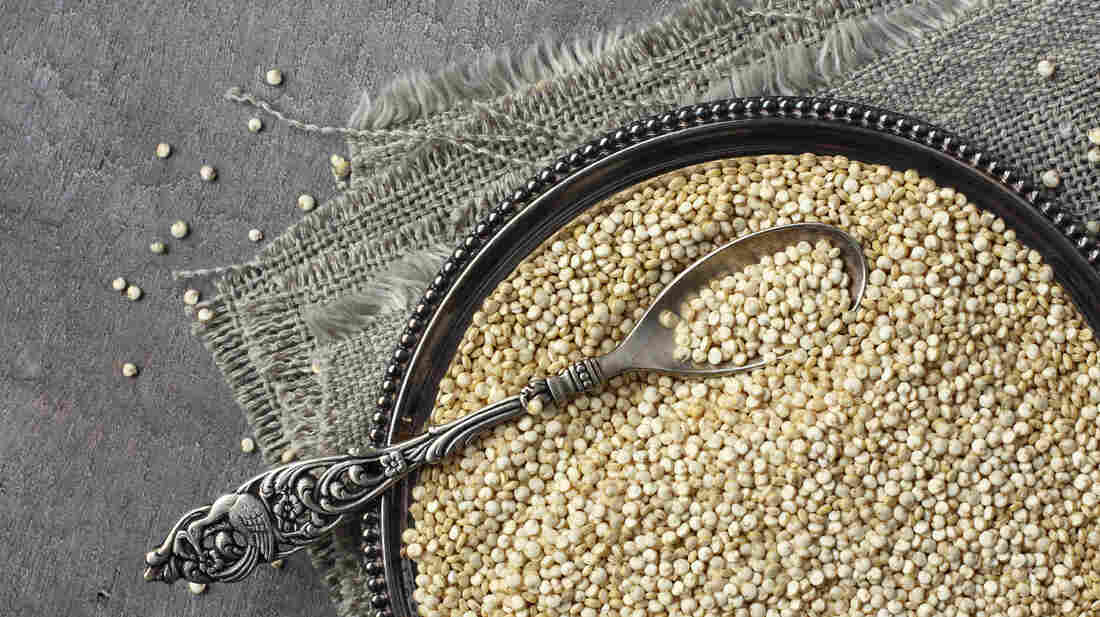 Factories that got the all-clear now produce quinoa that will bear the OU-P symbol, meaning they're kosher for Passover. Iryna Melnyk/iStockphoto hide caption 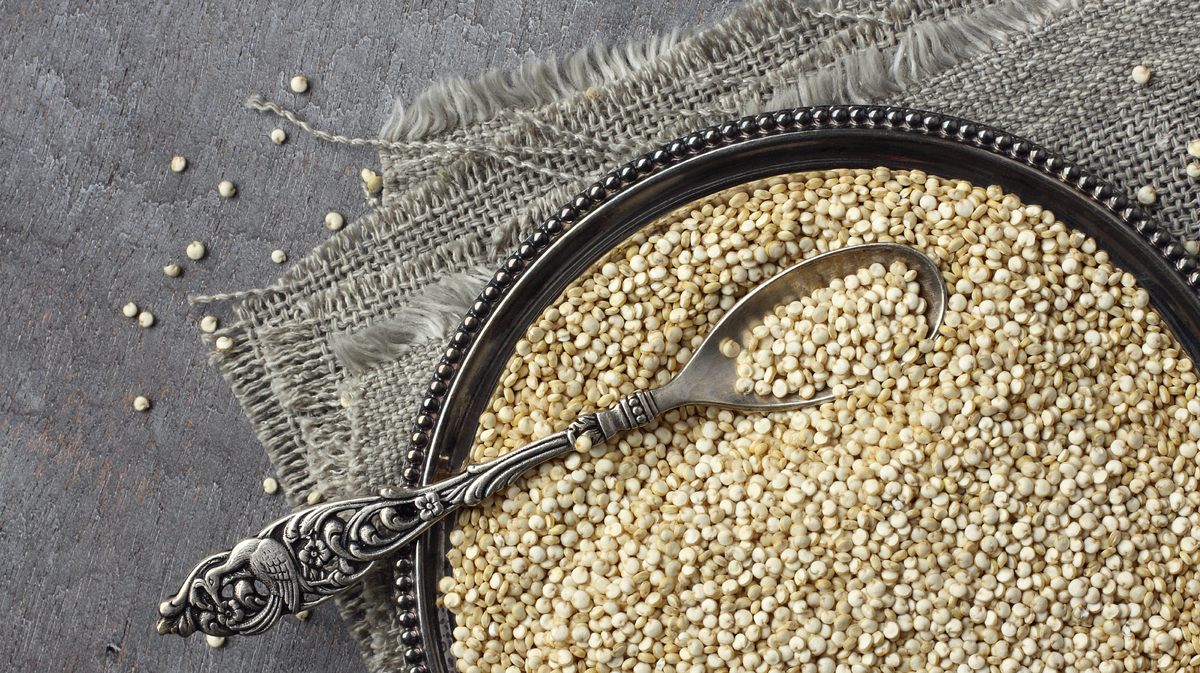 Factories that got the all-clear now produce quinoa that will bear the OU-P symbol, meaning they're kosher for Passover.

Passover is famously the holiday when Jews ask four questions at the ceremonial meal, most notably, "Why is this night different from all other nights?"

This year, there's a new answer: For the first time, the Orthodox Union, the ultimate authority on kosher foods, has put its "kosher for Passover" symbol on certain brands of quinoa.

Can other trendy ancient grains — like buckwheat, sorghum and millet — be far behind?

To find out, we asked a rabbi. Or two.

First, let's review the Passover rules. Five kinds of grains are prohibited: wheat, rye, barley, oats and spelt. Why? Because these grains begin to ferment and rise when they come into contact with water for 18 minutes.

In Hebrew, that rising grain is called chametz. The Bible bans it during Passover as a reminder that when the Israelites fled Egypt, they left with unrisen dough in their packs.

So these grains can be used to make matzo, aka unleavened bread, as long as the baking process is under 18 minutes. Jewish law requires Jews to eat matzo on the first night of Passover, and it's the go-to carb for holiday meals for the entire week of celebrating.

But there's more to the Passover starch story. Over the years, Central and Eastern European Jews cooked up a bunch of additional complicated customs.

To avoid confusion over the grain ban, the rabbis prohibit foods that look like the forbidden grains or that can be ground into flour that resembles flour from a forbidden grain. Also banned: Foods that might intermingle with forbidden grains as they're grown or processed and packaged.

"It's sort of a ... how might one say this ... obsessiveness," says food historian and ordained rabbi Gil Marks, author of The Encyclopedia of Jewish Food and a James Beard award winner for his cookbook Olive Trees and Honey.

Quinoa was, of course, not part of any longstanding forbidden list because up until recently, European Jews (and most people outside South America) hadn't heard of it. But in the past decade, quinoa has become a culinary superstar, praised for its high protein content. It's not a true grain (defined as growing on grasses) but a so-called pseudo-cereal, related to spinach and tumbleweed.

So ... OK for Passover? Or not? Last winter, says Rabbi Moshe Elefant, chief operating officer of Orthodox Union Kosher, he sent a rabbi to check it out.

"This rabbi went all the way to Bolivia and Peru," Elefant reports. "He saw that quinoa grows near the top of the mountain and grain grows near the bottom of the mountain." Thus, there was no chance for the intermingling that might happen with crops planted near wheat. Another plus for quinoa, says Elefant: "Many rabbis are of the opinion that anything that wasn't part of the original custom is not included in the custom."

All that was left for the rabbis was inspection of factories that package quinoa to see if forbidden grains are processed on the same equipment that processes it. And some passed. Those factories that got the all-clear now produce quinoa that will bear the OU-P symbol, meaning they're kosher for Passover.

A Passover Recipe As Easy As Matzo Pie

Cookbook author Marks is a fan of quinoa for its texture and for protein content. "It's healthy and tasty, and there's nothing wrong with eating it on Passover," he says. He uses it to stuff cabbage, combines it with dried cranberries, pine nuts, mint and olive oil for a salad, and will even make quinoa pilaf (since rice is on the forbidden list). Quinoa in matzo ball soup (but not in the balls themselves) adds "protein and body," he adds.

What about, say, buckwheat? Like quinoa, it's not a grain and is related to rhubarb.

A Seder With A Syrian Flavor

"Early Chasidim permitted buckwheat on Passover," says Marks. But, notes Rabbi Elefant, buckwheat is grown near wheat and produces a wheatlike flour. So, sorry. No plans to certify buckwheat flour as kosher for Passover. Millet, sorghum and other foods forbidden by custom are also not candidates to leap onto the "OK" list for similar reasons.

That's not the only big news in the kosher-for-Passover world this spring. The other development has to do with foods that were on the "no way" list for European Jews but deemed acceptable by Jews whose roots go back to Mediterranean or Arab countries, where food customs were more mellow.

Among the new items: popcorn, rice cakes and peanut butter. This year, the classic kosher food company Manischewitz has launched a line of U.S. products "catering to the Sephardic tradition" using the Kitni brand. (It's a play on the Hebrew word for the forbidden lookalike products — kitniyot.)

But the Jews of European background most likely won't choose to break with their tradition and indulge in the new Kitni products. Custom can be just as powerful as law, if not more so, says Rabbi Paul Plotkin, who chairs a kashrut committee for the Rabbinical Assembly, the body of Conservative rabbis. "Most Jews would say, 'My mother would never put that on the table; no way I'm doing that,' " he says.