Accessibility links
Why Chocolate Is A Bargaining Chip In The Ukraine-Russia Conflict : The Salt Russia banned chocolate made by the leading Ukrainian presidential candidate at a time when political tensions are high between the countries. And we wanted to know: Is the chocolate any good?

Why Chocolate Is A Bargaining Chip In The Ukraine-Russia Conflict

Why Chocolate Is A Bargaining Chip In The Ukraine-Russia Conflict 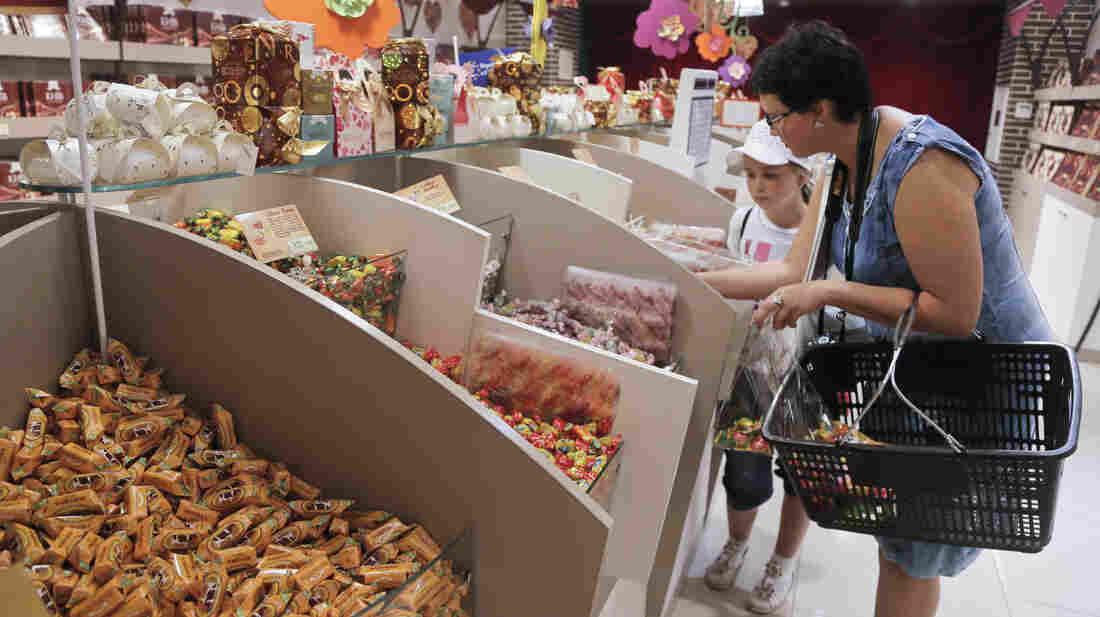 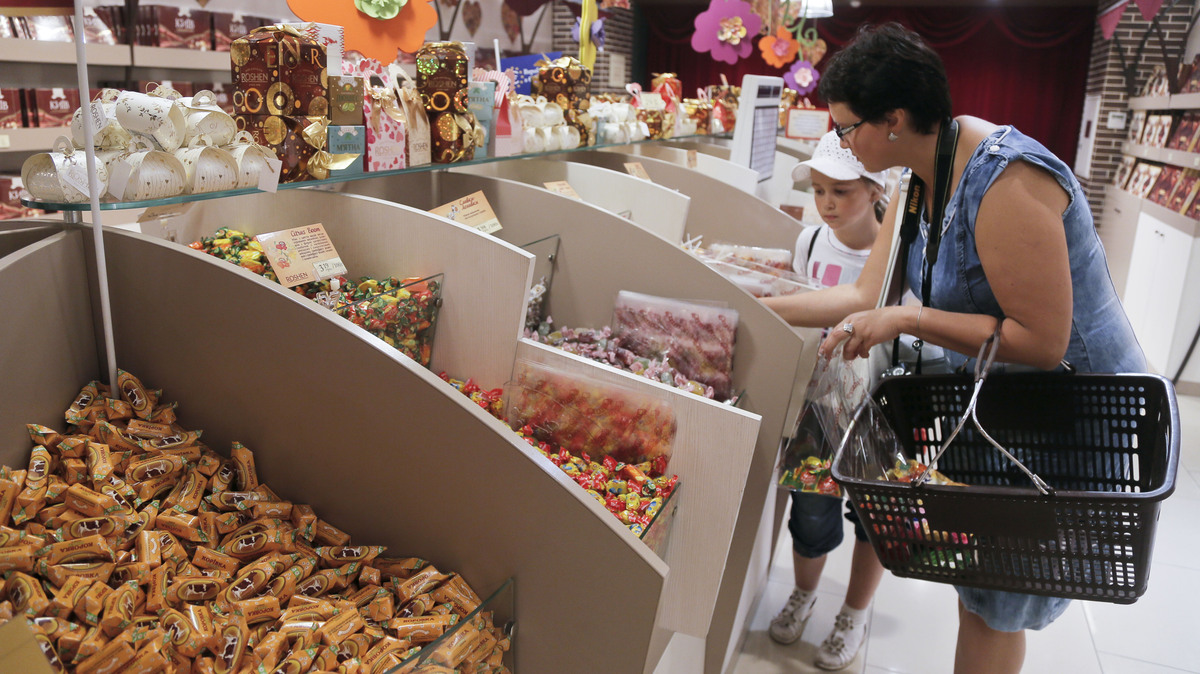 Visitors buy candies at a Roshen's shop in Kiev, Ukraine, in 2013.

In the political battle between Ukraine and Russia, one of the biggest pawns is chocolate.

That's because the current front-runner in Ukraine's presidential race is Petro Poroshenko, known as "the Chocolate King." His billion-dollar empire was founded on candy factories.

Poroshenko's chocolate became a bargaining chip in the confrontation with Russia last July, as Ukraine was moving toward a landmark trade agreement with the European Union. Russia banned his company's chocolate for alleged quality and safety violations, including a claim that the confection contained a potentially carcinogenic additive called benzopyrene.

Poroshenko's company, Roshen, rejected the allegations, pointing out that neither Russia, Ukraine nor the European Union has regulations on benzopyrene, an organic compound found in wood smoke and burnt food products, such as dark-roasted coffee.

Ukraine, A Chocolate Factory And The Fate Of A Woman

Russia added insult to injury by claiming that Roshen chocolate had "inadequate fat content" and problems with "taste and smell."

Last summer Russia was engaged in a campaign to dissuade Ukraine from aligning with the EU. Poroshenko was strongly backing the EU trade agreement at the time. The Russian ban on imports of his chocolate reportedly cost him millions of dollars.

The stakes got even higher last month, when Russian authorities closed a Roshen chocolate factory in the Russian city of Lipetsk after a court found the company guilty of trademark violations. Roshen is appealing the decision.

But Russia's recent assault on imported chocolate is nothing new. The country's consumer product agency has long been accused of banning certain foreign products for political reasons. It recently banned dairy products from Ukraine, and last year blocked dairy products from Lithuania, at a time when tensions were high with the Baltic nation.

All this makes for political bitterness, but the question that inevitably comes up from chocolate lovers is: So what's the chocolate like?

Roshen is a premium brand but some say it tastes "less refined" than Western European chocolate. Bodo/Flickr hide caption

The answer — my answer, at least — is not bad at all. Both Ukraine and Russia make good confections, and Roshen is considered a premium brand. But experts say it's not necessarily to Western tastes.

"The stuff coming out of Eastern Europe is for the most part not as refined and not as sophisticated as what we're used to in the high-end chocolate market here in the United States," says Clay Gordon, creator and moderator of the website The Chocolate Life.

"Part of that is almost all of the chocolate is made with bulk cocoa beans from West Africa, which are not the ones used to deliver fine flavor, and so the chocolate has a tendency to have a flatter flavor, not as nuanced," Gordon adds.

Jennifer Earle, the founder of the London-based Chocolate Ecstasy Tours, agrees. "There are no fine 'bean to bar' makers [in Russia and Ukraine] that I'm aware of," she says. "There are in Hungary, Czech Republic, Italy, France, Denmark, U.K., U.S., Australia, etc. So I would say Russian tastes are 'behind' in that regard, preferring confectionery over premium chocolate."

But Earle acknowledges that tastes in chocolate vary a lot.

"Godiva's U.S. recipes are considerably sweeter than those for the same-named chocolates on the continent," she says. "In Italy their preference tends to be for a bitter note to the chocolate — even if it's sweet, it often has an intense, bitter chocolate note to it, just as they enjoy in their coffee and wine."

Gordon, speaking of Eastern European chocolate in general, says, "They're often using lower-quality beans, so it often tastes like it's been over-roasted, and over-roasting hides deficiencies."

Many people in Ukraine and Russia ate Soviet chocolate as children, from factories such as Red October in Moscow and the Karl Marx candy factory in Kiev. The candies were popular, but they never got rave reviews outside the Soviet Union.

Poroshenko has said he'll sell his interests in Roshen if he's elected president, so the intense connection between politics and chocolate in the region may once again fade.