Accessibility links
Banning Traditional Animal Slaughter, Denmark Stokes Religous Ire : The Salt The country's move to require animals to be stunned before being killed is seen by some as an affront to religious methods of slaughter. But now Jews and Muslims are working together to protest it. 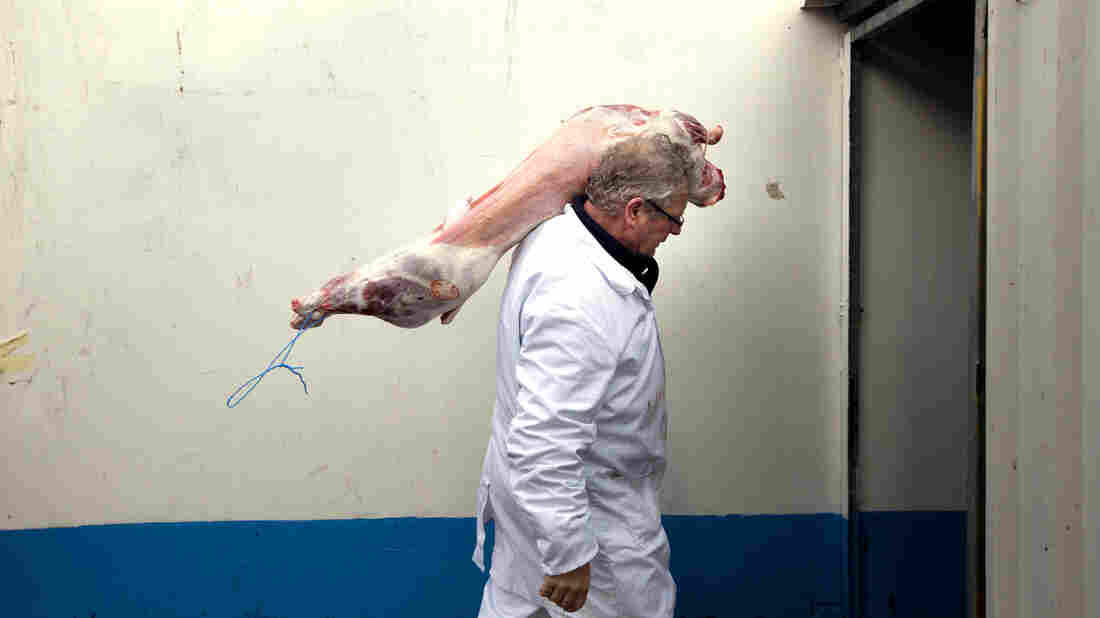 Ritually slaughtered lamb is delivered at a halal butcher shop in The Hague, Netherlands, in 2011. Denmark, Sweden and Norway are among the countries requiring animals to be stunned before slaughter. Dutch lawmakers took up the issue in 2012. Peter Dejong/AP hide caption 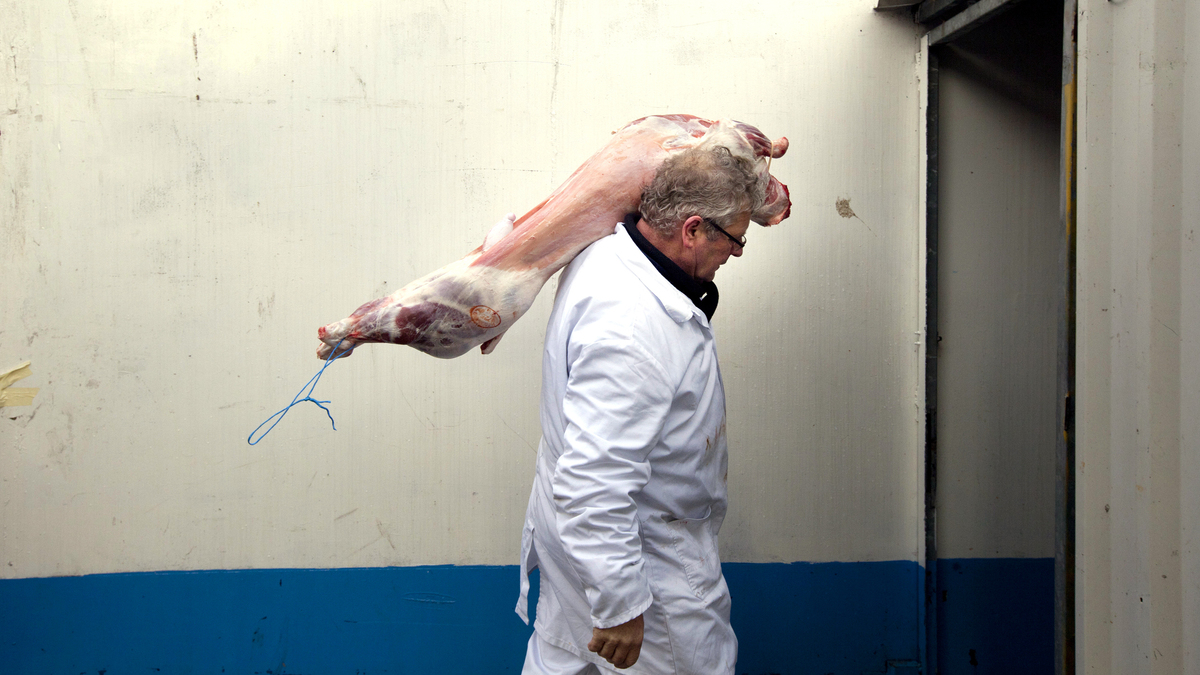 Ritually slaughtered lamb is delivered at a halal butcher shop in The Hague, Netherlands, in 2011. Denmark, Sweden and Norway are among the countries requiring animals to be stunned before slaughter. Dutch lawmakers took up the issue in 2012.

In a conflict that pits animal welfare against religious rights, Denmark has ordered that all food animals must be stunned before being killed. The move effectively bans the ritual slaughter methods prescribed in both Muslim and Jewish tradition. 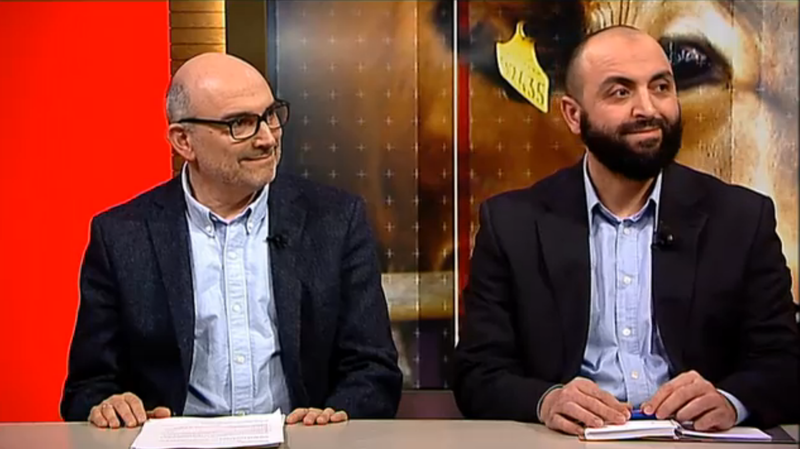 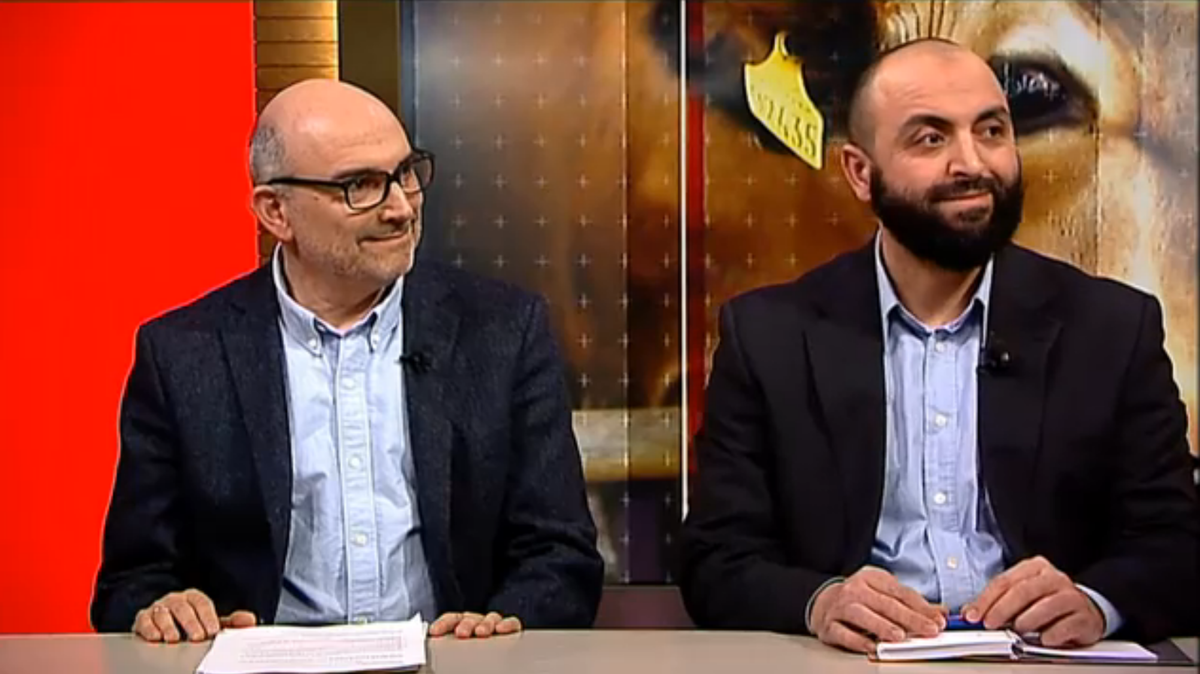 Finn Schwarz, president of the Jewish Congregation in Copenhagen, and Benyones Essabar of Danish Halal discuss the new slaughter rule on Danish TV.

(Yes, this is the same country that recently made news for killing an "extra male" giraffe at the zoo and dissecting it in public.)

"Danish legislation tells us that if you want to kill an animal, you should do it as quick and painless [as] possible," says Mollerup. And that simply can't be done if the animal is conscious when it's killed. For him, even if the difference between life and death is a matter of a few extra seconds, animal welfare must come before religion.

"I have [deep] respect for those people and their way to think about God, but it must not hurt any living creature," he says.

Jews and Muslims, meanwhile, argue that there is evidence to suggest that, if done correctly, ritual slaughter can be just as humane as conventional slaughter. The Danish minister for agriculture has invited local religious leaders to submit that proof, which they promised to do.

On a practical level, the rule doesn't change much for Denmark's Jews and Muslims. The last Danish slaughterhouse willing to forgo stunning before slaughter shut down in 2004. Since then, Denmark's estimated 8,000 Jews have imported all kosher meat.

And while most Islamic authorities agree that stunning is not ideal, many say that animals stunned before slaughter are still considered halal as long as the concussion is not the cause of death. According to that interpretation, 99 percent of the poultry slaughtered in Denmark is, and will continue to be, halal. And while that works for many of Denmark's 230,000 Muslims, those with concerns about how carefully religious tradition is being followed can opt for imported meat.

Denmark is not the first country to invoke a stun first rule: Sweden and Norway have had similar bans on the books for decades. But Denmark's move is the most recent development in a discussion that seems to be growing louder in other parts of Europe. Dutch lawmakers took up the issue in 2012, and even Britain's top veterinarian is now making headlines by suggesting his country would do well to follow the Danish example.

As Europe grows more secular, says Finn Schwarz, president of the Jewish Congregation in Copenhagen, "religious tradition" is no longer a valid argument for much of anything, he says.

"Religion itself in Europe doesn't play the big role ... it does in other countries. So every time we speak about something that [has] to do with religion," he says, "it will always be looked at as something from medieval times, and something that doesn't have any scientific place in our modern days."

The possibility that Denmark's rule could spread to other countries, or other traditions, is Essabar's biggest fear.

"Now they've banned the ritual slaughter," Essabar says. "The next step they are debating is actually banning the circumcision of boys."

And yet both Schwarz and Essabar hesitate to use words like "Islamophobia" or "anti-Semitism" when discussing these issues. Essabar frames it as "a lot of people afraid of different things," but Schwarz sees it as an easy way for politicians to score points with a mostly secular public.

But there may be one bright spot for Denmark's religious minorities in all this. During one of the many recent TV debates featuring this Jew and Muslim on the same side of the table, Schwarz reached out to pat Essabar on the back.

"I totally agree," Schwarz said. "It's nice that we can agree on something once in a while."