Accessibility links
Arab Israeli Celebrity Chef Aims To Foster Peace Through Cooking : The Salt Nof Atamna-Ismaeel, an Arab Israeli, is the latest winner of the Israeli reality cooking show Master Chef. She plans to open a cooking school to bring Arabs and Israelis together at the table. 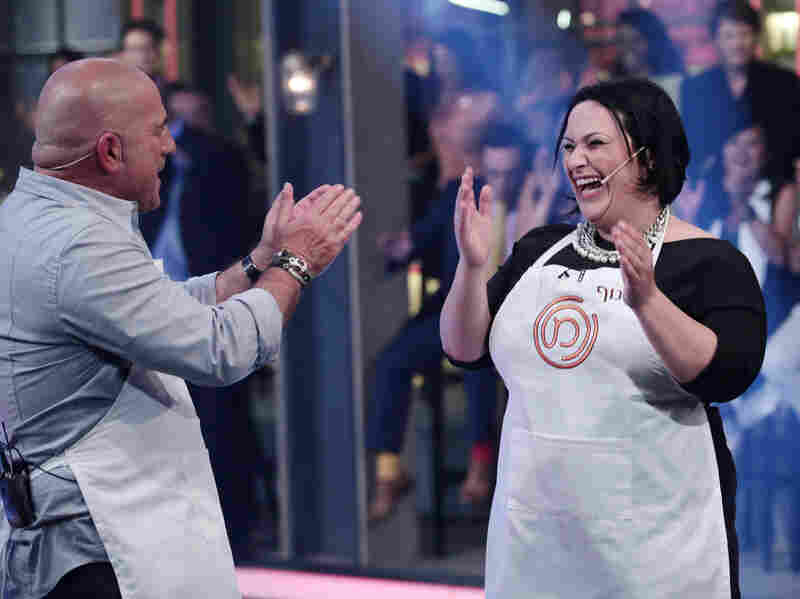 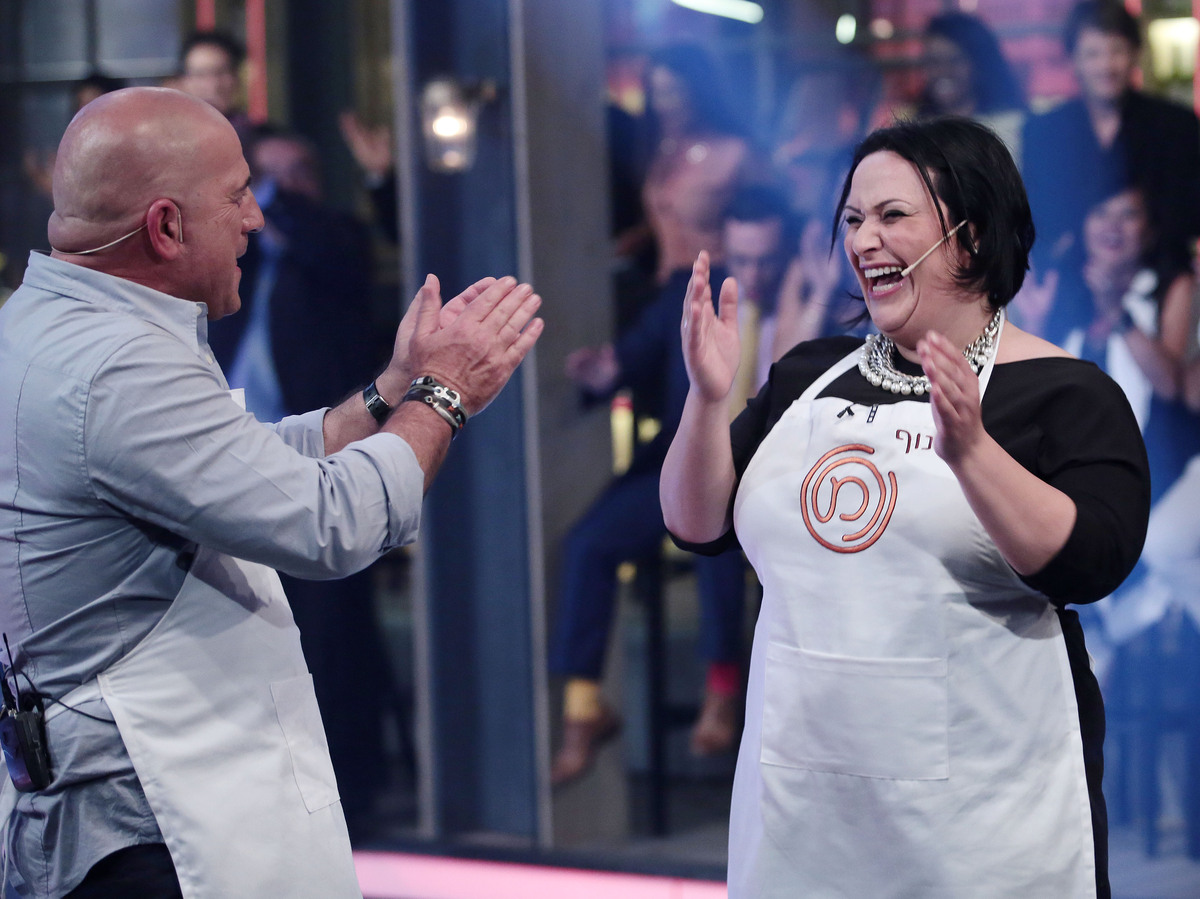 Nof Atamna-Ismaeel is the first Arab Israeli to win the top prize on Israel's Master Chef. The show just wrapped it's fourth season.

Reality cooking shows have propelled many an aspiring chef to foodie stardom in the U.S. — Harold Dieterle, Jeff Mauro and Mike Isabella, to name a few.

But unlike her American counterparts, the most recent winner of Israel's Master Chef does not aspire to launch her own show or even open her own restaurant.

At first blush, the Arab Israeli cook Nof Atamna-Ismaeel has smaller ambitions: opening a Jewish-Arab cooking school. But her ultimate goal — to create common ground between Arab and Jewish Israelis — is anything but modest.

"It sounds very naive," Atamna-Ismaeel tells All Things Considered's Melissa Block. "[But] what I see is a group of Jewish and Arabic people, who are sitting in a sushi class, rolling sushi together, laughing, talking about what they like in food."

Atamna-Ismaeel, a microbiologist by trade, is the first Arab Israeli to take home the popular show's top prize. She calls her cooking style "Arab food with a modern twist," and won the judges over with her deep-fried mullet served on an almond cream, a dish she's dubbed "Sultan's Spring."

Atamna-Ismaeel says she's no stranger to the power of food to strengthen bonds. She learned to cook from her grandmother, she says, who drew family together from far and wide with her cooking.

"I learned, actually, the most important thing from my grandma ... that food is not just something that you need to put into your body in order to get energy," Atamna-Ismaeel says. "It is much more than this."

"This is my way of thinking about life. I really think this is the only way we can solve a little bit of this conflict, is by sitting together and trying to talk to each other."

For the almond cream:

Juice of one lemon

Zest of one lemon

One handful of green fresh chickpeas

Soak the bread in water for about two minutes. Put the almonds and garlic in a food processor and grind. Squeeze out the bread and add to the processor bowl.

Add the olive oil and lemon juice gradually and process, then add the lemon zest, salt, pepper and seasonings, and set aside.

Clean the fish and debone, then salt with coarse salt. Season the inside of the fish with a little grated lemon zest and salt.

Flour the fish and pan-fry in plenty of oil.

To serve, spread the almond cream on a plate (like hummus). Top with the fennel salad, almonds and green chickpeas. Place the fish over the salad and top with chopped tomato. Drizzle with olive oil and lemon zest and serve.