Accessibility links
Gassy Cows Are Warming The Planet, And They're Here To Stay : The Salt Methane from livestock accounts for a huge portion of agricultural greenhouse gas emissions, according to a UN report. But reducing global meat consumption isn't necessarily the answer to the problem. 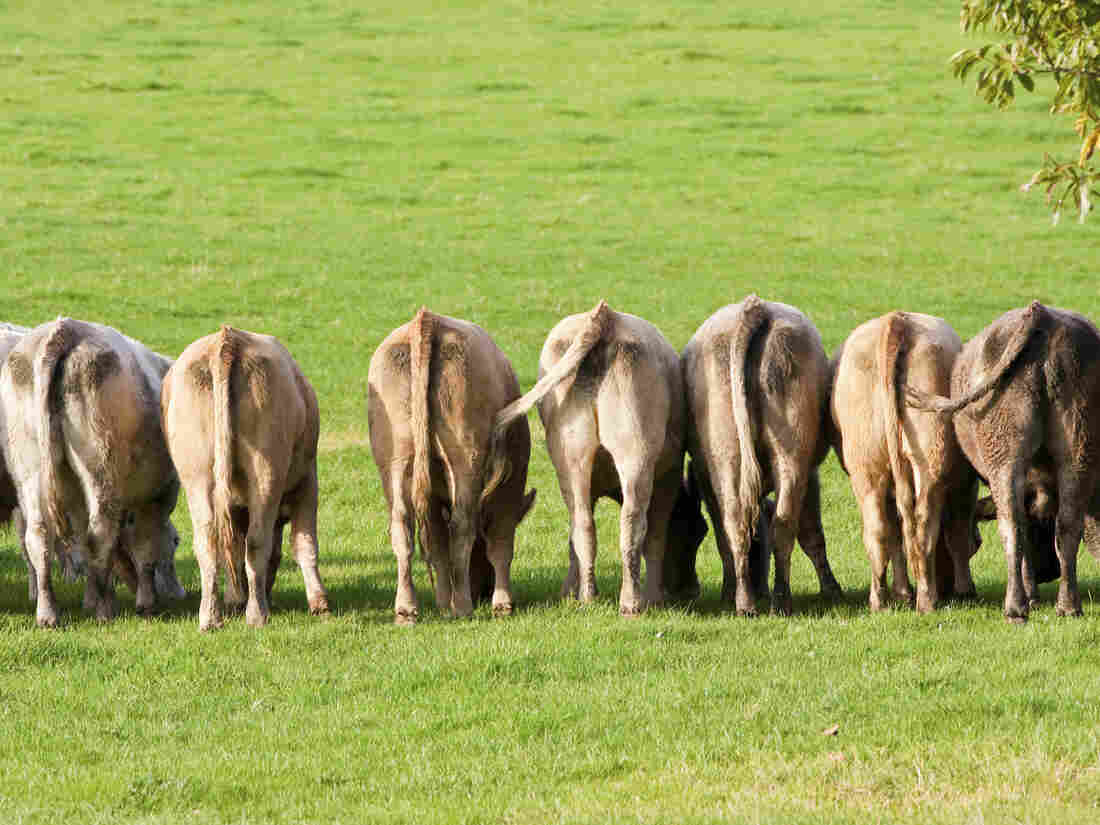 These guys are gassy, and their emissions are contributing to global warming. iStockphoto hide caption 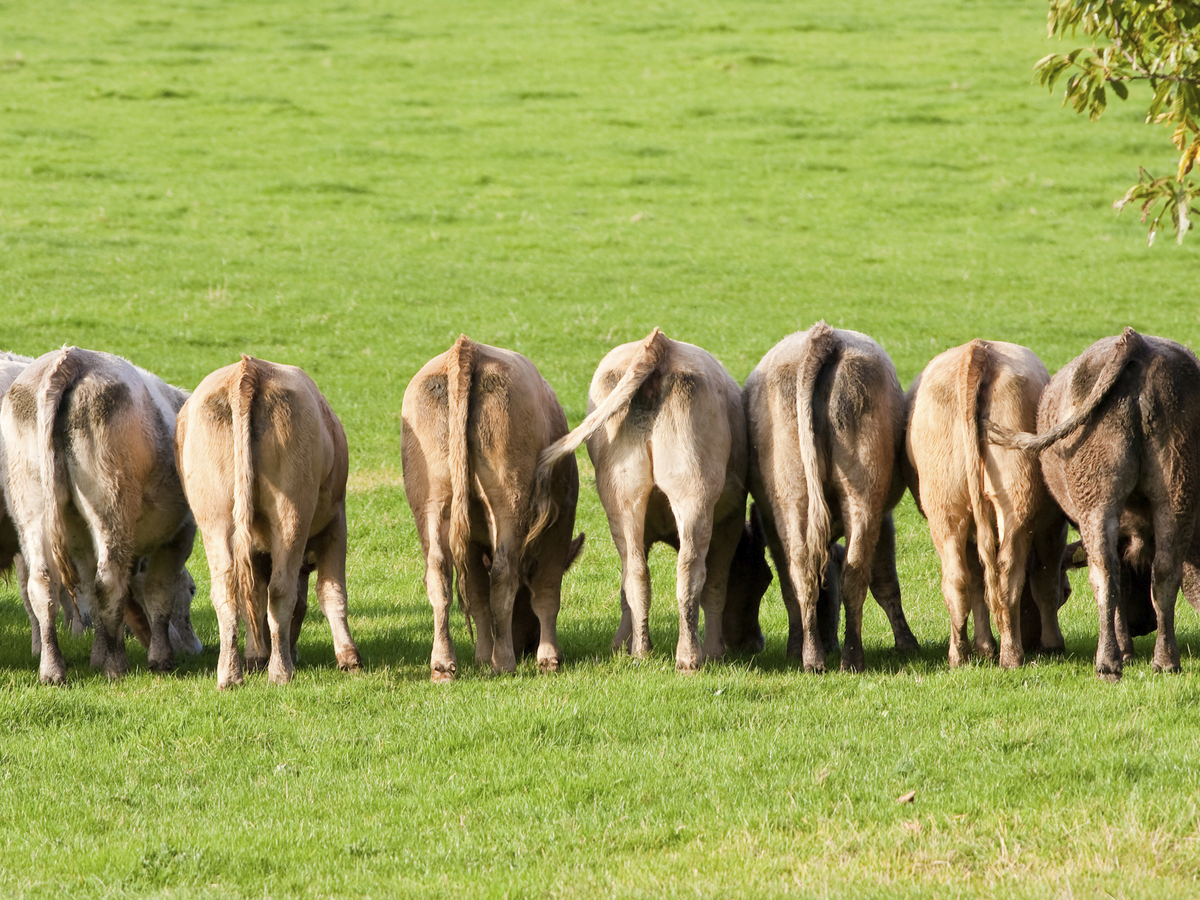 These guys are gassy, and their emissions are contributing to global warming.

Sorry to ruin your appetite, but it's time to talk about cow belches.

Humans the world over are eating meat and drinking milk — some of us a little less, some of us a lot more, than years past. Farmers are bringing more and more cows into the world to meet demand, and with them escapes more methane into the atmosphere.

In 2011, methane from livestock accounted for 39 percent of all the greenhouse gas emissions from agriculture, according to a report that United Nation's Food and Agriculture Organization released Friday. That's more than synthetic fertilizer or deforestation. Methane from livestock rose 11 percent between 2001 and 2011.

The bulk of the emissions — 55 percent — came from beef cattle. Dairy cows, buffalo, sheep and goats accounted for the rest.

Those emissions, combined with emissions from all the other sectors of food production, aren't likely to go down anytime soon. Greenhouse gas emissions from agriculture, forestry and fishing have doubled over the past 50 years, according to the report. Emissions could go up by 30 percent by 2050.

All this talk about cow belches might make you want to give up meat. So should we all become vegetarians? Asking everyone to reduce their meat consumption isn't a very practical strategy, says Francesco Tubiello, a natural resources officer for the FAO.

The demand for meat is rising most quickly in developing countries. And since the diets of many in the developing world are short on protein and calories, the poorest of them could really benefit from more meat production. Plus, "for many developing countries, agriculture is their main economic sector," Tubiello tells The Salt.

Global meat consumption is likely to keep going up over the next 30 years, Tubiello says. (Though, as many have argued, it does make sense for the affluent people of the world who currently over-consume meat to cut back.) But the FAO says the best way to reduce agriculture's contribution to global warming is to tackle other sources of emissions.

For example, we could improve how efficiently we use agricultural land. "There are many ways to improve the productivity of land," Tubiello says, like increasing crop yields. That means we need to find more ways to use less land to make the same amount of food.

Encouraging farmers to use fertilizers more judiciously would also help. When farmers spray their fields with nitrogen fertilizer, microbes in the soil convert it to nitrous oxide, a powerful greenhouse gas. "A lot of the fertilizer is not used efficiently," Tubiello says.

The FAO report found that fertilizers accounted 14 percent of agricultural emissions in 2011. And the amount emissions from fertilizers has risen 37 percent since 2001.

For example, we could also try to switch up what we feed cows. Having cows graze on grass isn't a very efficient use of land, as the grass makes for smaller animals, who end up emitting more greenhouse gases per pound of meat produced, than animals raised on grain.

However, corn and soy that most cows eat makes them especially gassy, so feeding them alfalfa and supplements could reduce how much they belch. More research on how to optimize what we feed livestock could help farmers reduce emissions.

But even if we can't control how much cows belch, we can control what we do with their poop. When nitrogen in livestock manure and urine is also broken down into nitrous oxide — and emissions from manure accounted for 16 percent of agricultural emissions in 2011, according to the FAO. Managing all that manure — or even reusing it as fuel, is one way to reduce emissions.