Accessibility links
Chili Say What? Linguistics Help Pinpoint Pepper's Origins : The Salt It turns out the first chili peppers were grown by humans in eastern Mexico. And it's not the same region where beans and corn were first grown, according to new ways of evaluating evidence. 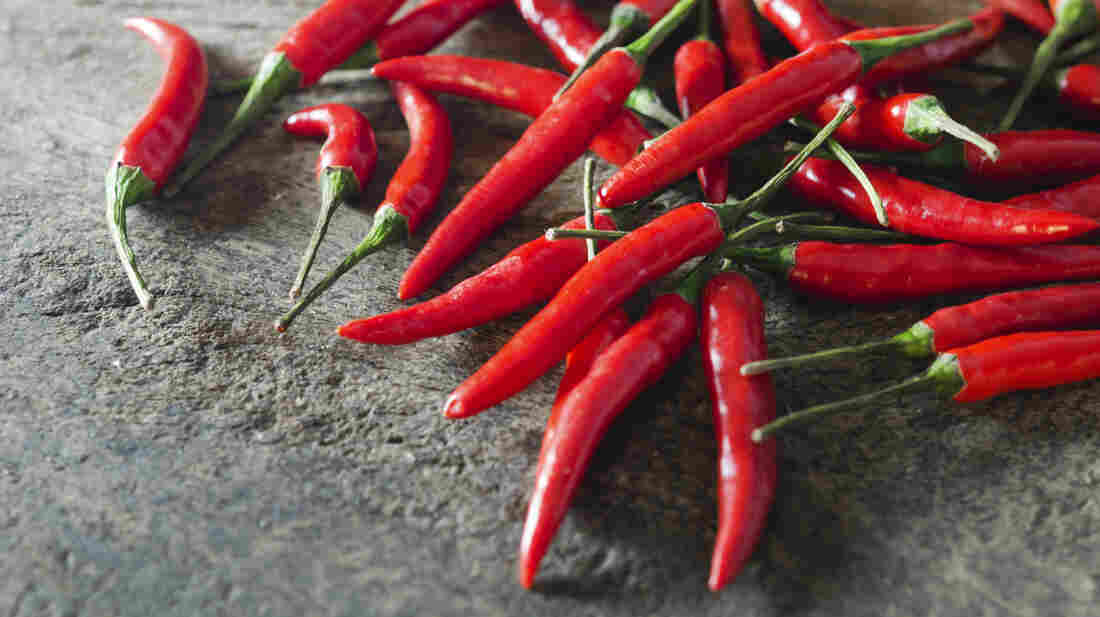 New research has traced chili peppers back to their origin in eastern Mexico. iStockphoto hide caption 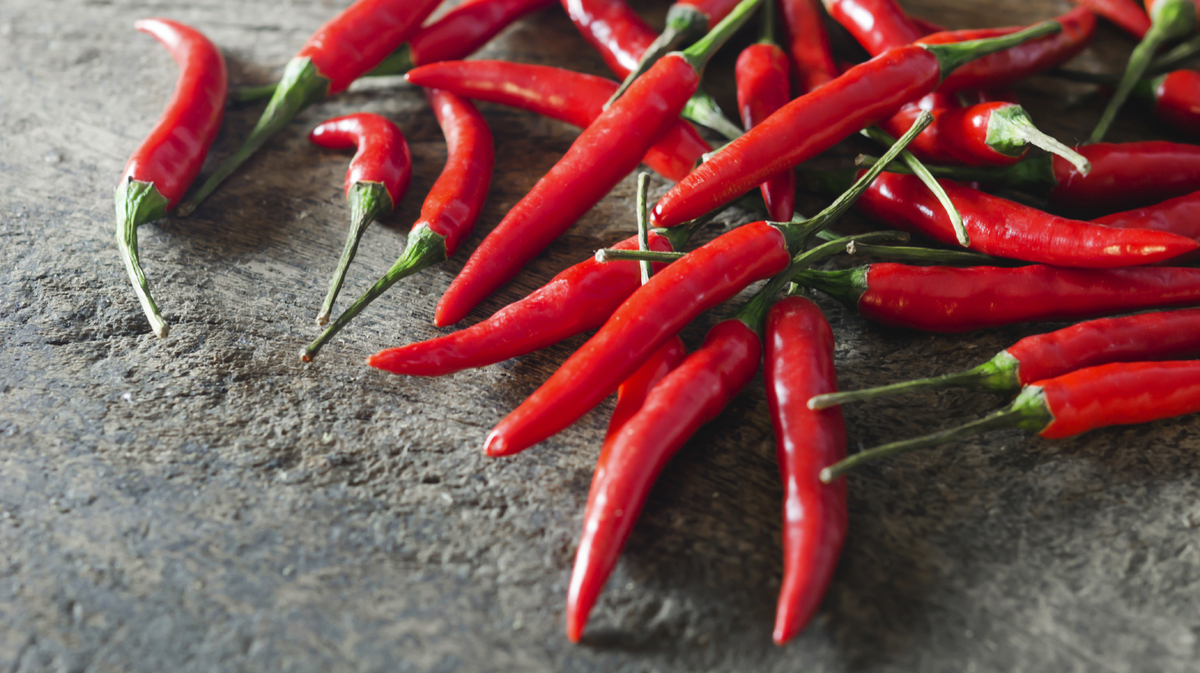 New research has traced chili peppers back to their origin in eastern Mexico.

Count us among those who just can't get enough chili pepper news.

These spicy fruits are beloved around the world for their ability to sex up nearly any cuisine. They're the world's most widely grown spice crop, so it's hard to imagine that their reach was once limited to the early farmers in what is now eastern Mexico.

Now we know just a little bit more about where they came from, thanks to archaeologists using paleobiolinguistics — namely, studying ancient languages for words that mean pepper — along with the more traditional ways of figuring out how and where plants are domesticated.

To sleuth a crop's origins, scientists typically use plants' genetic makeup in geographic areas with the most diversity and where they have found archaeological remains.

This study added linguistics — "the earliest linguistic evidence that a cultivated chili pepper existed" — to the mix, according to an international team of researchers led by University of California, Davis plant scientist Paul Gepts. They also modeled the areas most environmentally suitable to the plants and their ancestors. 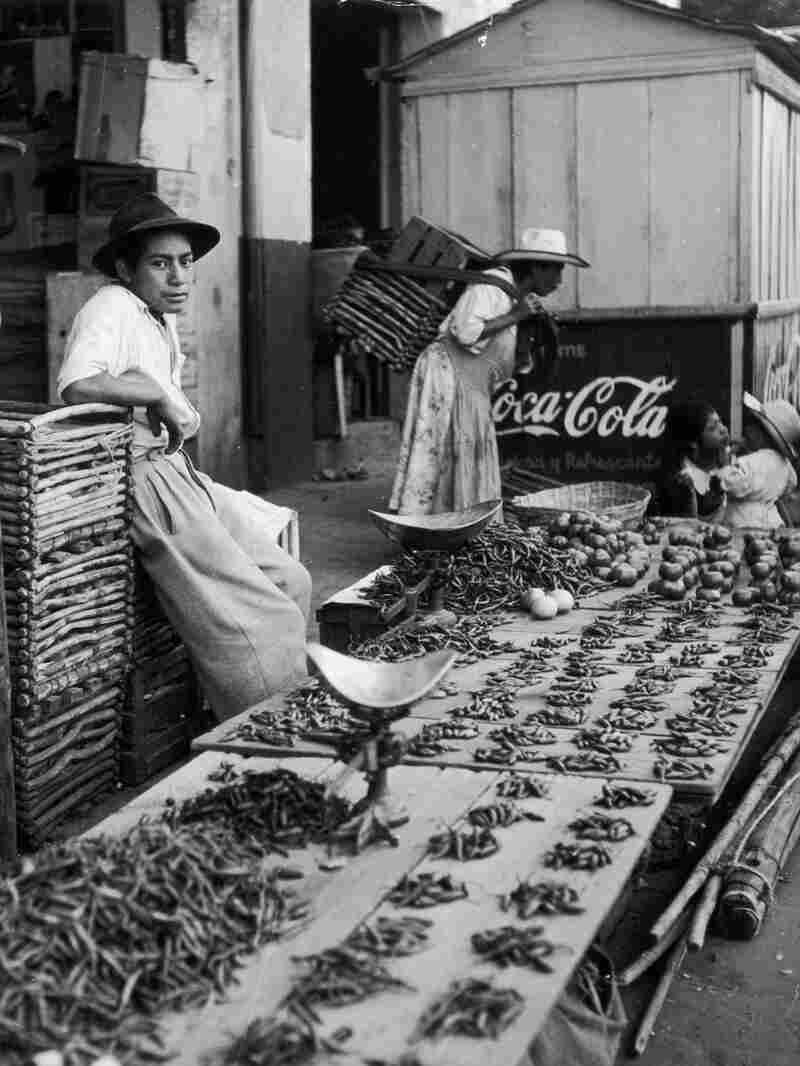 Rows of chilies for sale in the market of the Mexican town Cholula in 1955. Three Lions/Getty Images hide caption 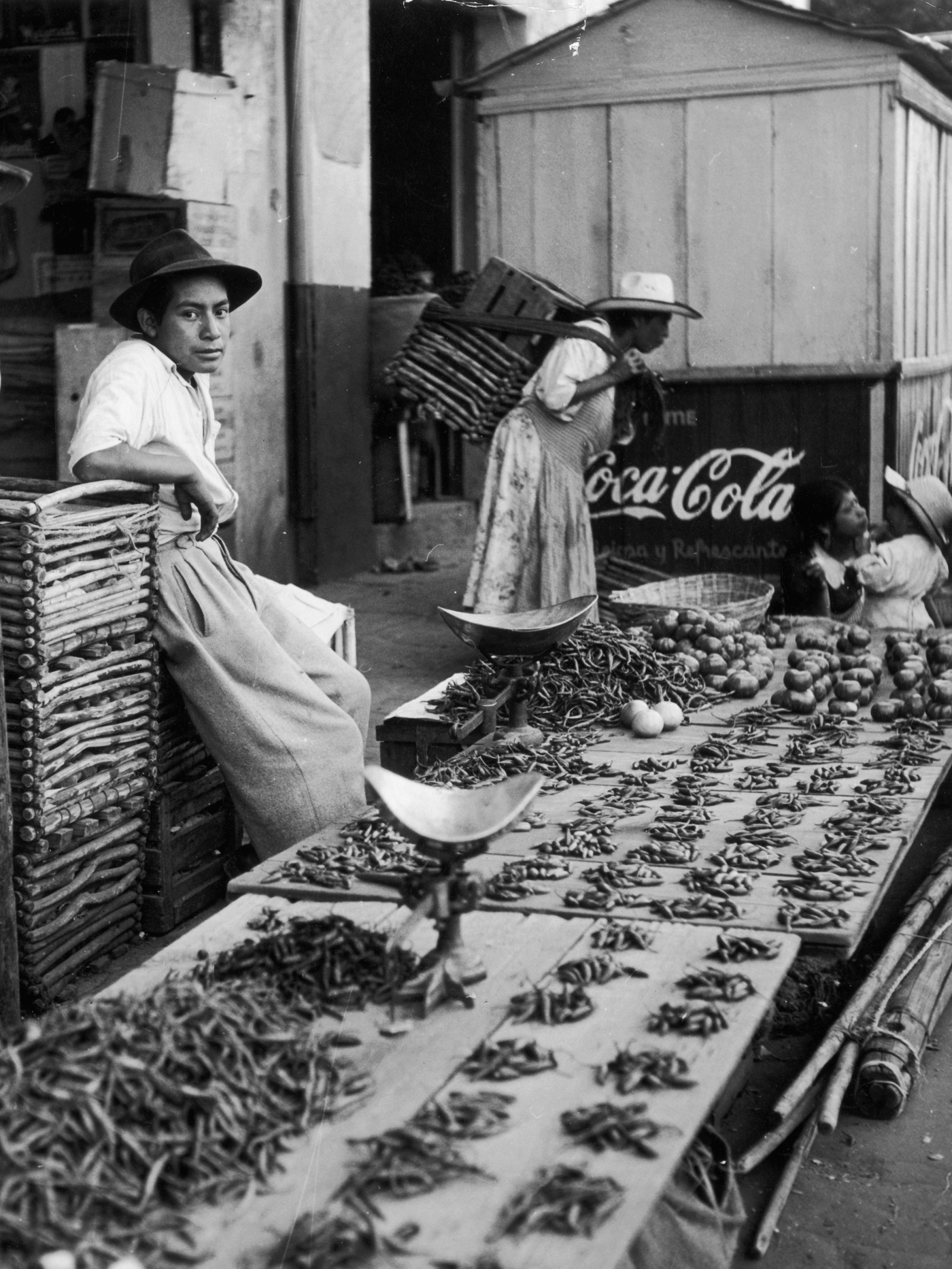 Rows of chilies for sale in the market of the Mexican town Cholula in 1955.

While the genetic evidence had pointed to northeastern Mexico as the domesticated chili pepper's birthplace, the collective evidence from all four lines of study "supports a more central-east region as the area of origin," a UC Davis press release says.

"By tracing back the ancestry of any domesticated plant, we can better understand the genetic evolution of that species and the origin of agriculture — a major step in human evolution in different regions of the world," says Gepts.

The study, which will appear in the April 21 edition of Proceedings of the National Academy of Sciences, looked at 30 ancestral languages of the region and at the words for 41 different crops, including chili pepper, to determine when it was discussed, according to the paper. And it turns out it was discussed a lot.

Scientists say that studies of crop origins like these help us create better breeding programs for chilis and other fruit in the future.

Chili peppers have long attracted creative people who have a yen for thrills and a way with words. The pepper's introduction to the European world in the 16th century via New World explorers inspired English poet Robert Herrick to opine: "Thou never Plow'st the Oceans foame / To seek, and bring rough Pepper home." (Yes, the "gather ye rosebuds" guy. Do we sense a theme here?)

More recently, The New Yorker's Lauren Collins profiled the cutthroat subculture of folks working to grow peppers that burn up the heat chart — the Scoville chile heat chart, that is.

We here at The Salt have also written our fair share about the chili-heads who "have a penchant for sensation-seeking. Think rollercoasters and action flicks," as correspondent Allison Aubrey describes them.

Besides the feelings they invoke, chilis are beautiful. As Collins writes:

"There is a reason no one makes Christmas lights in the shape of rutabagas. Superhots come in the brightest colors and the craziest shapes. Their names, evoking travel and conquest — Armageddon, Borg 9, Naga Morich, Brain Strain — sound as though they were made up by the evil twins of the people who brand body lotions."