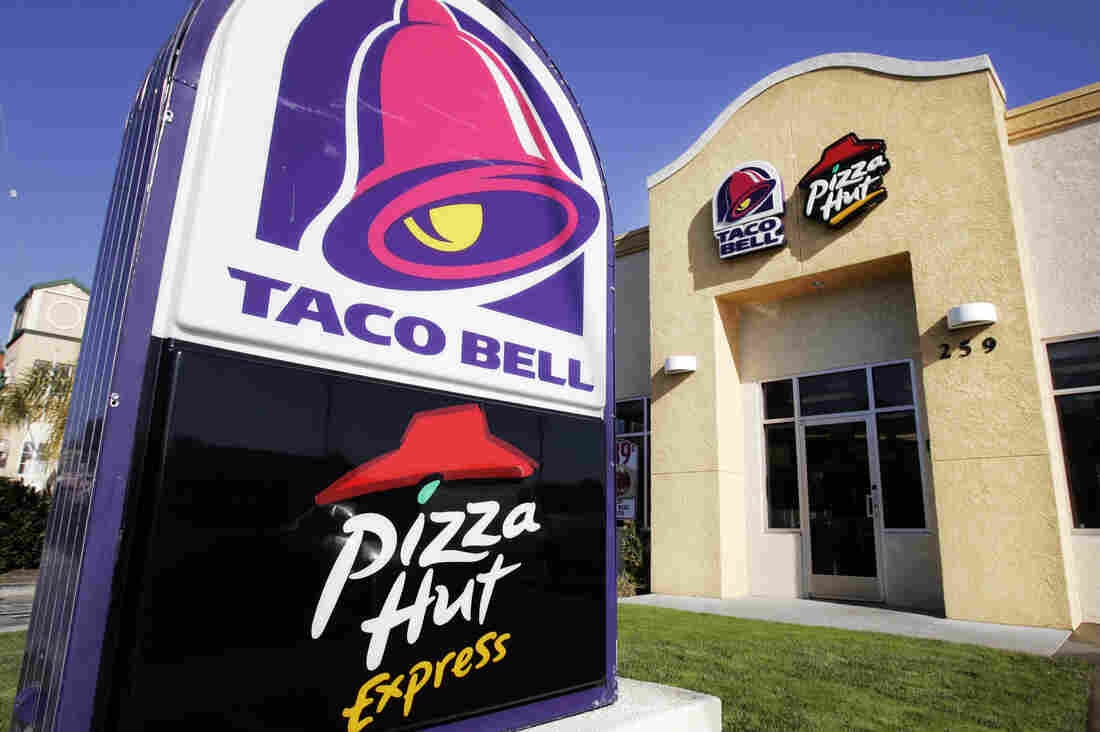 According to a new report, YUM! (owner of KFC, Taco Bell and Pizza Hut) compensated its CEO $22 million in 2013. Paul Sakuma/AP hide caption 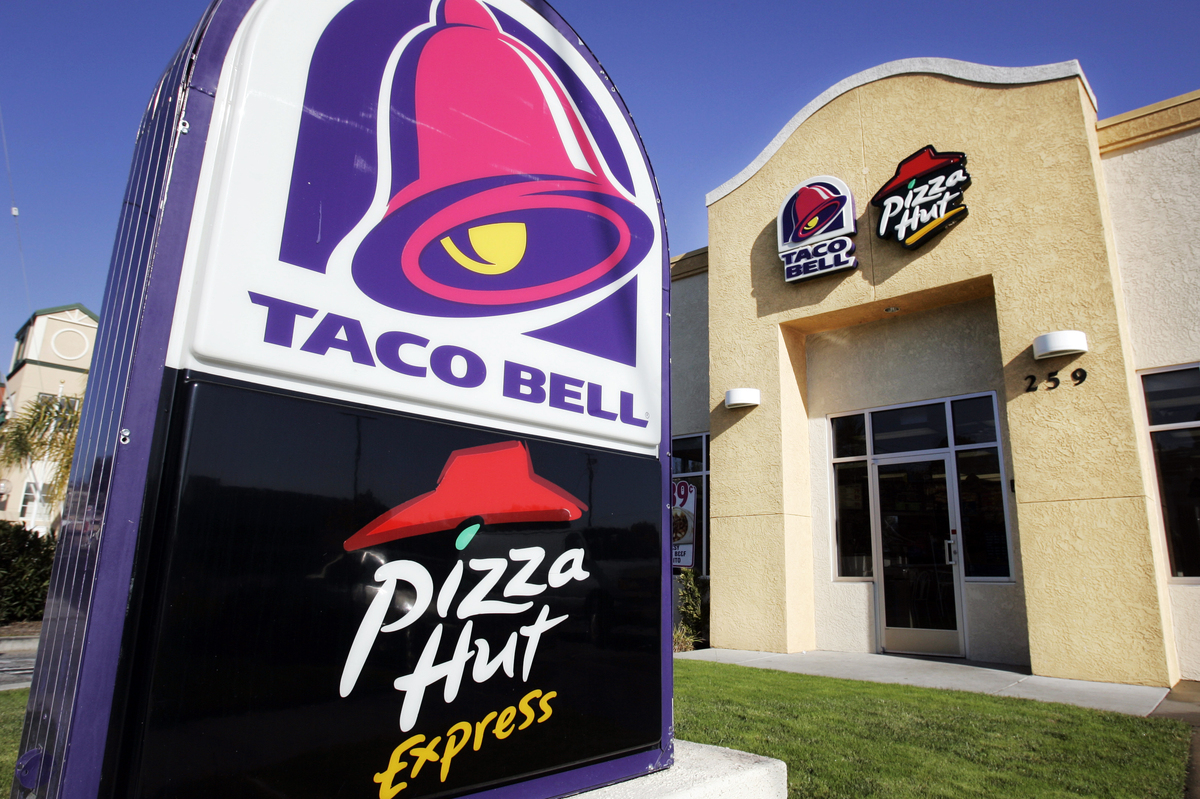 At a time when fast-food workers make an average of about $9 an hour, what are the chief executives bringing home?

Overall, the average compensation of fast-food CEOs has quadrupled since 2000. The figures in the report are based on data from Standard & Poor's ExecuComp database and company proxy statements.

The report, by the public policy group Demos, concludes the fast-food industry has the most extreme pay disparity of all the sectors in the U.S. economy, with a CEO-to-worker pay ratio now exceeding 1,000 to 1.

In the years since the recession ended, "fast food firms have exhibited spectacular growth in CEO compensation, while wages for their front-line workforce actually declined," the report concludes.

"Rising pay inequality has dire consequences for workers in New York City and beyond," said Scott Stringer, the New York City comptroller who joined a conference call to release the findings. "I am also concerned with the impact of pay disparity on the city's pension funds, which have long recognized that excessive pay disparities pose a risk to share owner value."

As we've reported, fast-food workers have been rallying against their low wages that make it hard for them to afford basic necessities such as rent, food and health care.

And economists have documented the burden on taxpayers, who foot the bill for the federally-funded assistance programs that many fast-food workers rely on.

A report released last fall found that 52 percent of fast-food workers are enrolled in, or have their families enrolled in, public assistance programs, such as SNAP (food stamps).