Accessibility links
Slowly And Sweetly, Vietnam's Chocolate Industry Grows : The Salt French colonists planted cacao in Vietnam in the 1800s, but the crop was outpaced by coffee and cashews. Now French expats are helping the country become a respected producer of high-end chocolate. 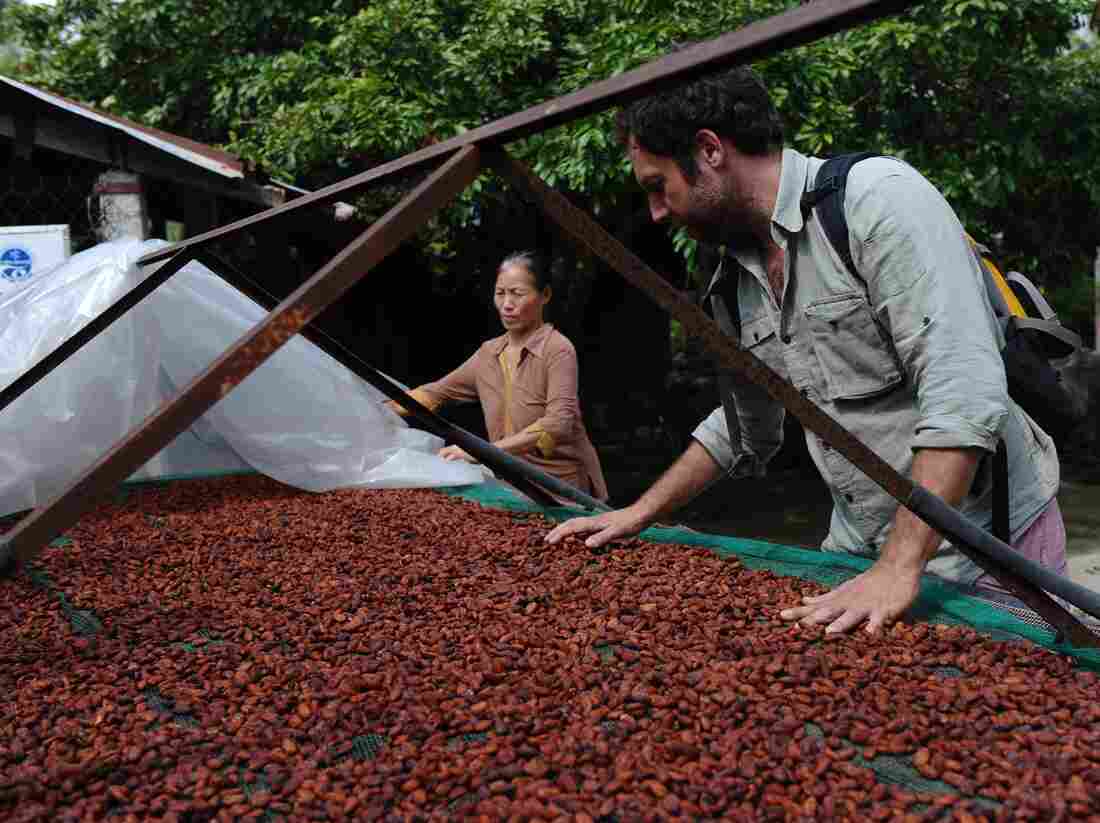 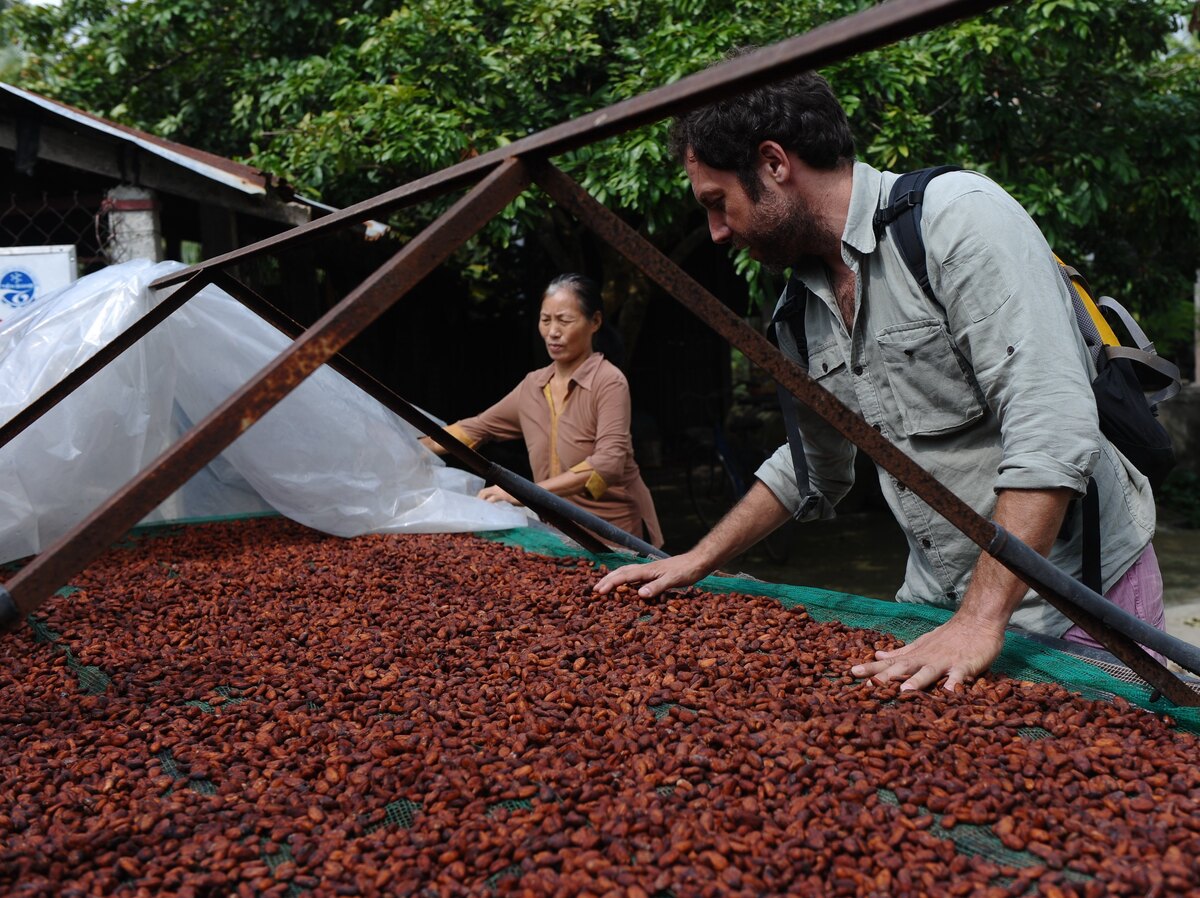 When you think about Vietnamese food, you might think of savory beef noodle soup, or endless fields of rice paddies. But chocolate?

As the world's demand for chocolate grows, Vietnam is making a bid to become one of the world's newest high quality suppliers.

The French expats, both based in Vietnam, met on a trekking adventure and shared a mutual interest in pursuing a new project. Maruta and Mourou had heard about recent attempts to establish a viable cocoa industry around the Mekong Delta, which seemed a natural fit because of its tropical climate. They decided to check it out.

"...[W]hen we came back from the countryside with two [cacao] beans and roasted them and mixed them with cane sugar, we were very pleasantly surprised," Maruta tells The Salt. Mourou describes Vietnamese cacao beans as "very fruit and bold, and lot of character, power with finesse." (The cacao beans become cocoa once they've been cleaned, roasted and processed.)

So smitten were they that they gave up their day jobs to tap their French heritage and learn how to make chocolate in a country where little of it is actually consumed.

They acknowledge they've benefited from Vietnam's earlier efforts to sweeten cacao production. Ten years ago, cacao seeds were planted through a public-private partnership led by non-profit organization ACDI-VOCA and partners like Mars.

Back then, cacao was a small crop, covering less than 2,000 hectares. Today, there are more than 54,000 acres of cacao in Vietnam — though that's not much compared to the country's 10.3 million acres of rice.

Still, T.J. Ryan, a managing director at ACDI-VOCA, says the project has been a win-win for the cocoa industry and Vietnamese farmers.

"Cocoa produces roughly three years after planting and, in Vietnam, is promoted as a complement to existing crops. Once the cocoa begins producing, the average farmer has harvested more than half a ton of cocoa, which provides approximately $1,000 in additional income for the family," he says.

Ryan says there are plans to increase Vietnam's current cacao yield by 50 percent next year.

Cacao crops aren't entirely new to Vietnam. French colonists planted their seeds in the 1800s. But cacao was outpaced by coffee, cashews, pepper and other, more profitable crops.

And then there was a brief period in the 1980s where the Soviet Union attempted to grow cacao trees in Vietnam. Once the Berlin Wall fell, most of the Russian entrepreneurs moved away and trees were chopped down.

The original French connection to cacao in Vietnam has come full circle with Marou. The partners pay higher than fair trade prices to farmers for their beans, and perhaps more importantly, have won over Belgian master chocolatier Pierre Marcolini. Mourou and Maruta now hand select high quality Vietnamese beans for Marcolini who uses them in his single source squares of fine, dark chocolate sold around the world.

Marou chocolate bars also have a dedicated following of their own, selling in places like Whole Foods and high-end British departments stores like Harvey Nichols.

But, the pair say, their chocolate has yet to take off in the local market. "Most of what they know about chocolate is from Oreos or Kit Kats, a premium chocolate for the average Vietnamese consumer," says Maruta.

China doesn't have a history of chocolate consumption either, yet chocolate accounts for 2 percent of China's food purchases. And it is rising. That's making it tough for cacao farmers all over the world to keep up with global demand.

"We see demand increasing slowly, but faster than supply ... it looks like there's going to be a small deficit for at least the next five years," says the International Cocoa Organization's Michael Segal.

If Vietnam's fledgling industry can get off the ground, it might be able to help make up the difference.